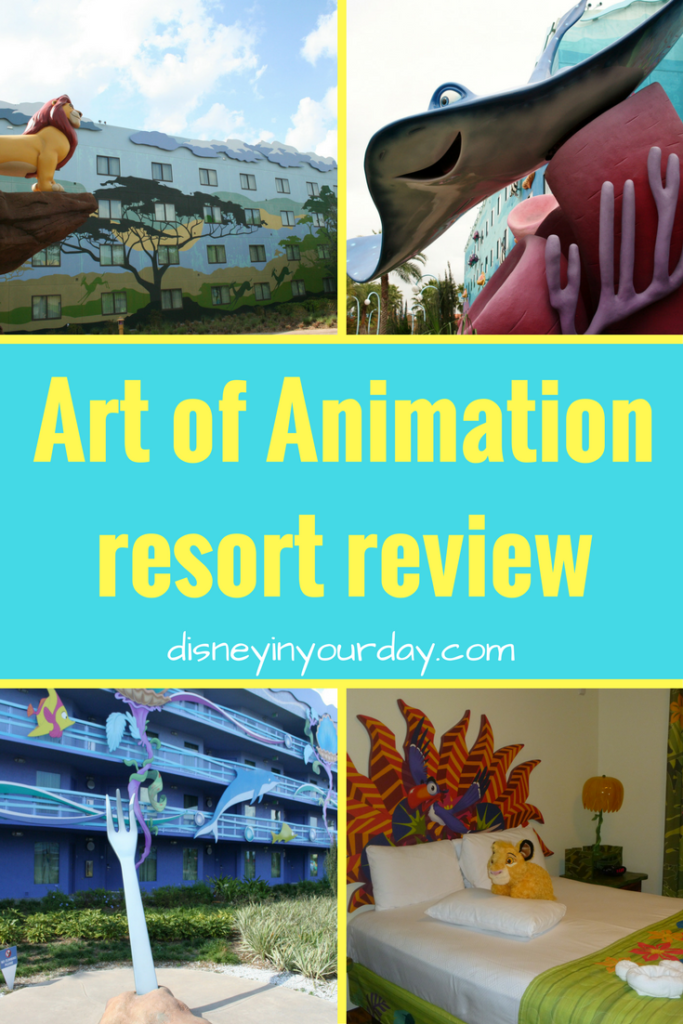 I have been lucky enough to stay at Disney’s newest resort twice – the Art of Animation resort.  This is classified as a “value” resort, but unlike many of the other values, they consist of mostly suites.  If you’re not familiar with the resort, it’s broken up into four sections: Cars, the Lion King, Finding Nemo, and the Little Mermaid.  Cars, Lion King, and Nemo are all family suites that sleep up to six people, while the Little Mermaid is your standard value room sleeping up to 4.

My husband and I stayed in a Lion King suite with another couple.  When you first come into the room, there is a small area with a table and chairs.  This table actually unfolds into one of the three beds in the suite.  A little further in is the living room, which has a couch that also unfolds into a bed.  There is a bathroom off of here as well.

The other section of the suite, which is separated by a door (one of the really nice things about having a suite when you’re sharing with another couple!) is the bedroom and another bathroom.  Nothing big but they were nice.  The highlight was really all the décor inside the suite.  We love the Lion King and really enjoyed looking at all of the little details!

Art of Animation has a food court, called the Landscape of Flavors. I haven’t been to a ton of resort food courts, but it’s hands down the best I’ve even been to – and I’ve heard the same from a lot of others, too.  They have a wide variety of food options at different stations, and not your typical burger and fries either.  When we ate lunch there I had the Tandoori shrimp platter, which was incredible.  My husband had the surf and surf burger, which consisted of a crab cake with shrimp on top.

There is a pool in the Finding Nemo section.  While we didn’t get to use it, the pool did look really nice.  There’s a fun play area for the kids as well, with the jellyfish from Finding Nemo as well as some of the other creatures and characters.

The highlight for me was really the all the outside themeing.  It was beautiful!  Each section has large statues and decorations from their movies, and they are so much fun to walk around, look at, and take pictures with.  Disney lovers will be in paradise, especially those who are partial to one of the four movies featured here.

The resort is right across the way from Pop Century, and you can actually walk between the two.  There is also a lovely walking path around Art of Animation, which I took to get a good look at everything.  One of my favorite things was a series of signs that told you “fun facts” about the movies!  They were entertaining to read.

Overall we really enjoyed our stay here, and would love to be back again sometime. We are excited to be in a Little Mermaid room, even if just for one night, in May! 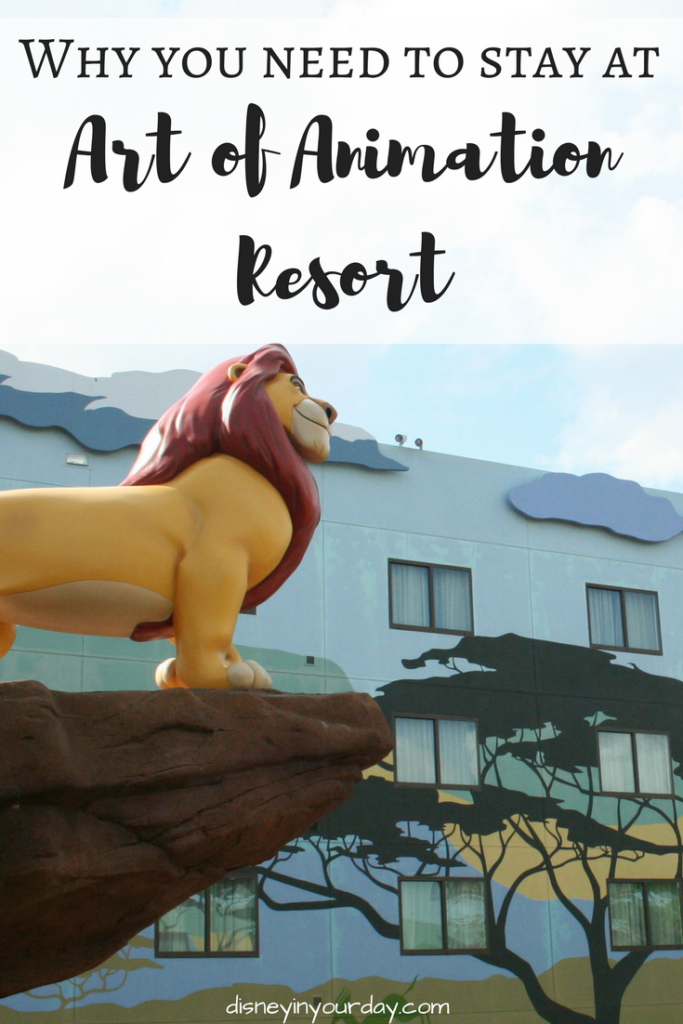 Have you stayed at the Art of Animation resort?  What did you think?