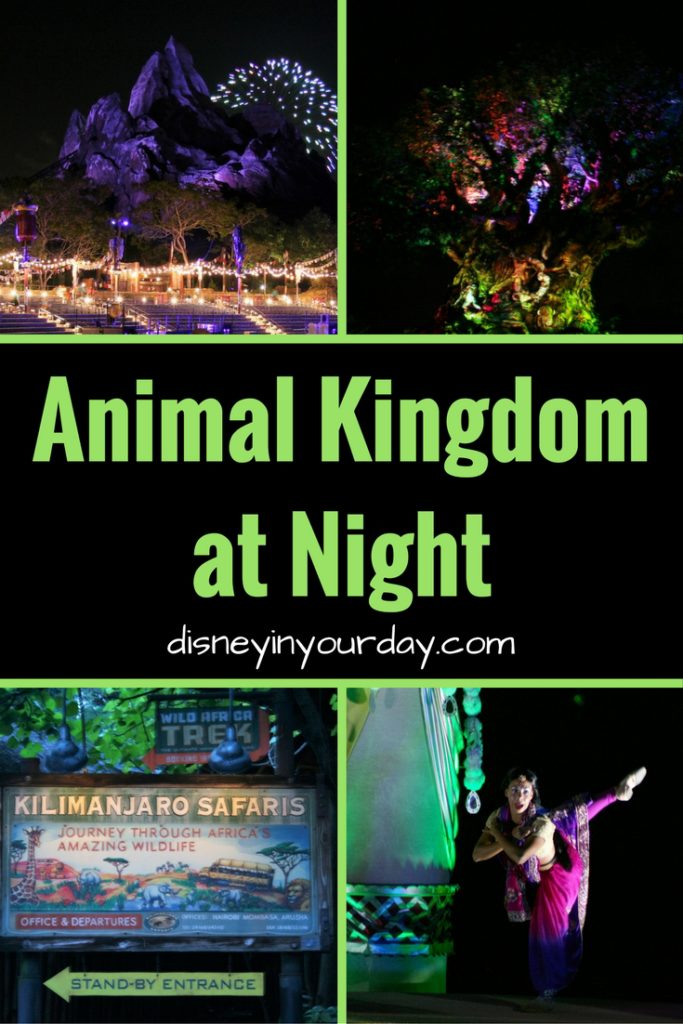 I am a somewhat unusual Disney fan in that if you asked me what my favorite park was, if absolutely pressed to pick I would probably say Animal Kingdom.  I love all the parks but Animal Kingdom is just something special for me.  So when they announced that the park will finally have evening hours and be open late, I was super excited to visit Animal Kingdom at night!

There are a number of things that you can do in the park after hours.  We spent the morning doing other stuff and then headed over to Animal Kingdom in the afternoon, around 3pm.  That night the park was open until 11pm. 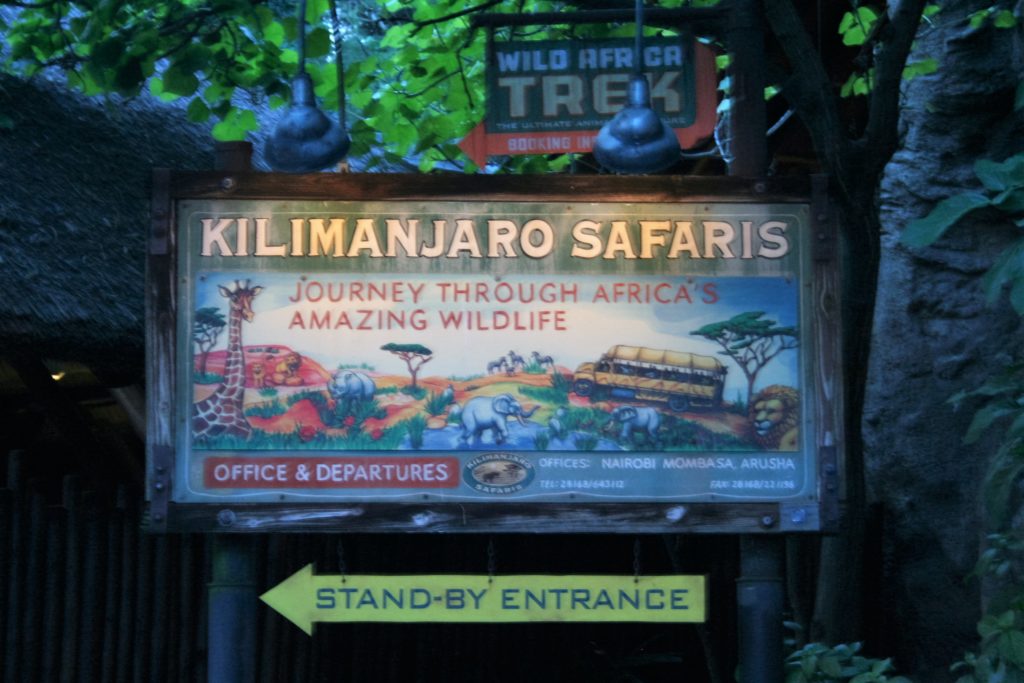 They are currently running Kilimanjaro Safaris into the evening hours!  We made a FastPass+ reservation for right around when the sun was supposed to set.  It seemed everyone else had the same idea, because there were more people in the FP line than the standby line!  We waited almost half an hour and by the time we got on it was pretty much pitch black.  The animal areas are lit but not well.  Knowing this, in retrospect, I would probably make an earlier FP.

I couldn’t get any photos due to the moving vehicle AND the darkness (I’m nowhere near that skilled yet!).  After trying for a bit I just put my camera away and enjoyed it.  It’s a little more difficult to see the animals, but they were much more active at night.  Our safari took quite awhile because so many vehicles had to stop for animals in the road.  The rhinos were right next to our truck, and the lions were walking around.  It was very neat. 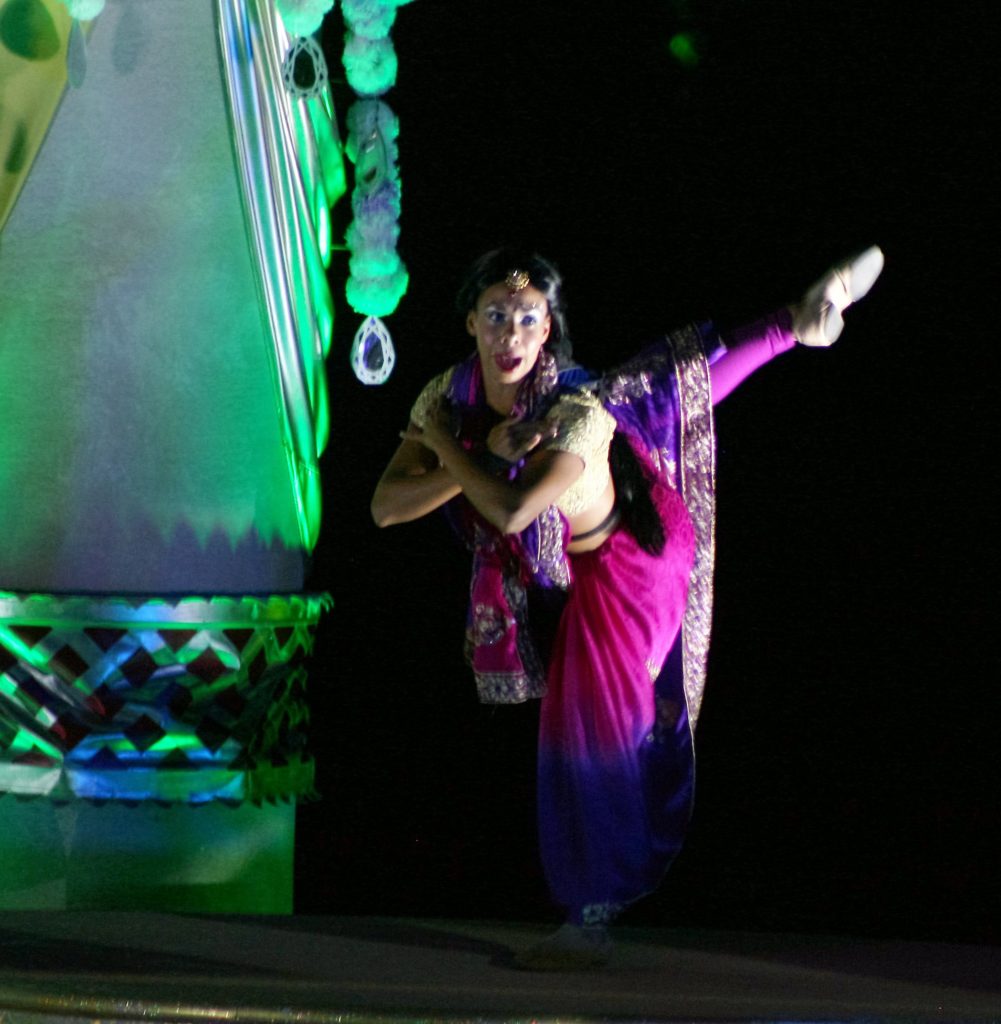 When Disney was unable to get Rivers of Light together for whatever reason, they threw together this show.  It’s got the songs from the Jungle Book done by live singers accompanied by Indian-style dancers.  There are also some water screens similar to Fantasmic that show scenes from the live action movie.  In general before attending I hadn’t heard very positive things about it.

I actually really liked the Jungle Book show but I had low expectations.  I thought the talent of the singers, dancers, and musicians was excellent.  It just isn’t a “spectacular” like I think people are expecting and doesn’t fit in the big stadium setting.  I think if it was in a space like Festival of the Lion King people would be much more impressed by it.  I very much enjoyed it. 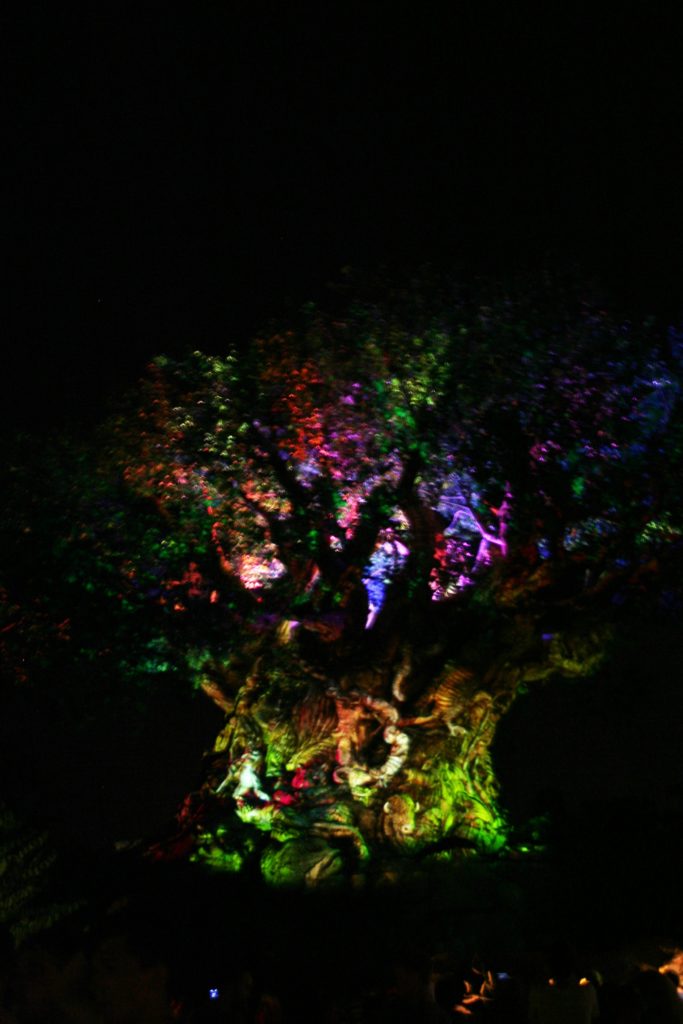 Just seeing the Tree of Life lit up at night is pretty cool, but once it gets dark they also do mini projection shows every ten minutes or so.  One of the animals carved into the tree comes to “life” and a little story is played out with the projections.  It’s really well done and mesmerizing to watch.  There are several different ones so you can catch multiple of them if you stay in the area.

I love this ride, and it adds an extra element of fun to be on the roller coaster in the dark.  Something else pretty neat is that from certain spots in the park you can actually see the Star Wars fireworks from Hollywood Studios just above Everest. 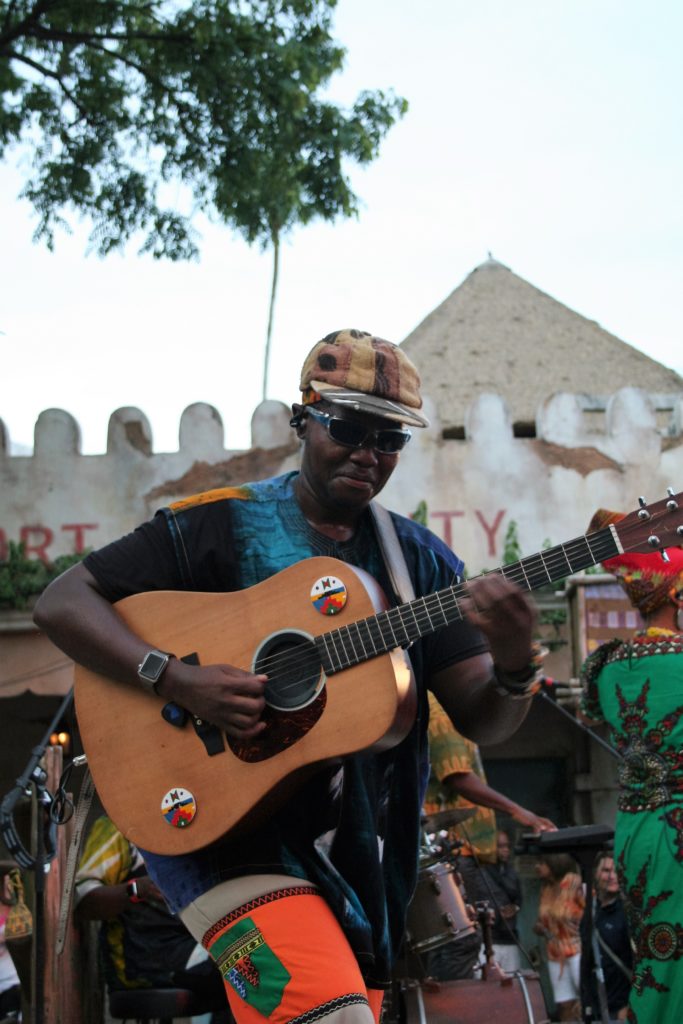 There are lots of groups performing in Animal Kingdom, and they stick around after dark.  There is so much talent!  I love watching them and dancing along with some of their music.

Have you been to Animal Kingdom at night?  What are you most excited about?