This post was sponsored by Four Roses bourbon.  All ideas and opinions are entirely my own. 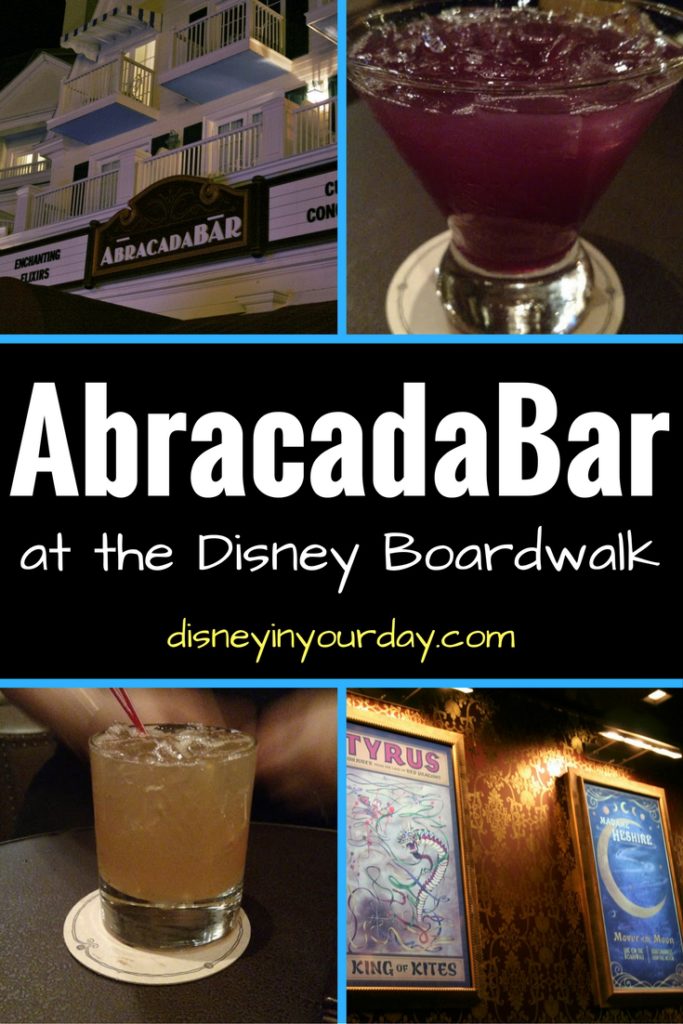 In the beginning of August a small bar on the Boardwalk opened, called AbracadaBar.  We decided to go after Epcot one day and it was pretty cool to go in the first week it was open!  It’s a small location next to Flying Fish Cafe, but the themeing is fun and at least right now it wasn’t too crowded. 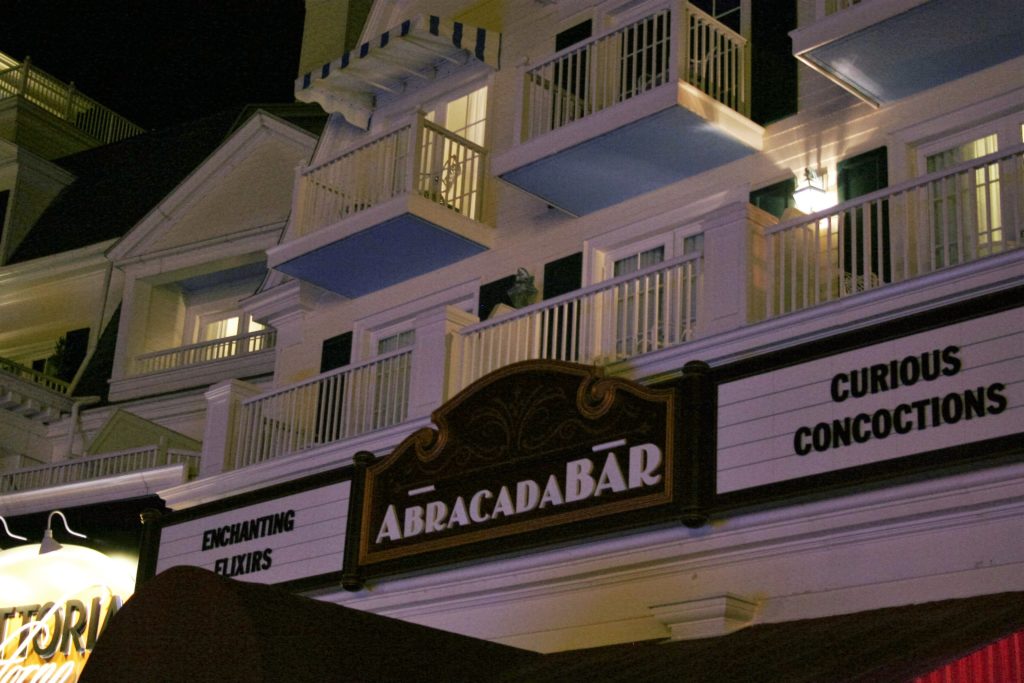 As you might have guessed from the name, Abracadabar has a magician theme.  It’s got lots of fun little touches.  The posters on the wall seem to advertise different magic shows, but look closely – they magically change throughout the evening!  There’s tons of other stuff in the display cases to look at too, so see what you can discover. 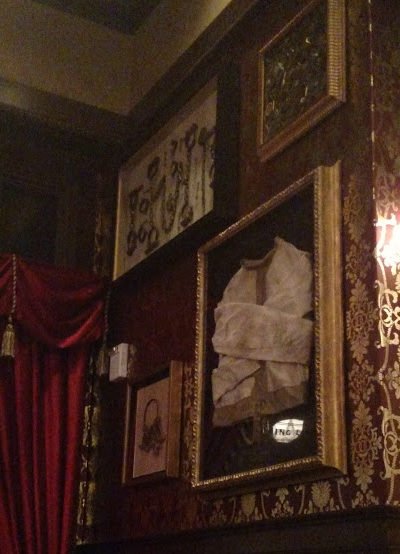 This bar doesn’t serve any food, though they do bring a small container of spiced popcorn and chickpeas.  The drinks tend to be of a more typical variety – they have their own versions of classic drinks, though some have a magical twist!  You won’t find much of the fruity cocktail variety here, but they also have a couple of non-alcoholic drinks and a pretty big beer/wine list. 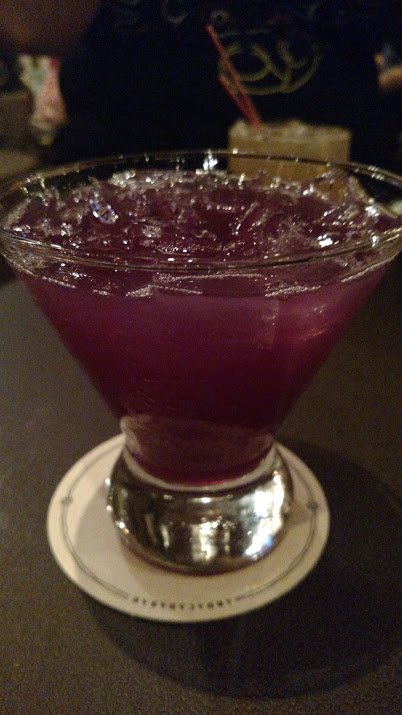 I ordered the Conjurita – A colorful Margarita that never reveals it’s secrets! Gran Centenario Plata Tequila, Cointreau, Simple Syrup, and Lime Juice.  Taste wise it’s a typical lime margarita despite the color, but good quality.  The cool thing is that when you order it the drink it changes color when they pour it from a dark purple to a lighter purple/pink! 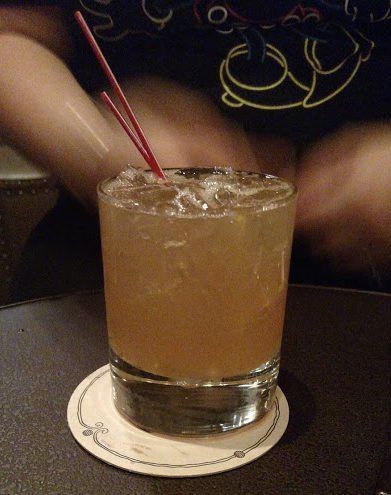 My one friend ordered the Sour Assistant – This daring cocktail does all of the work, but gets none of the credit! Breuckelen Distilling 77 Whiskey and House-made Sweet-and-Sour.  This is a Whiskey sour and they certainly did not skimp on the whiskey!  It was quite strong so you got your money’s worth on this drink (by the way, all of the mixed drinks were $12). 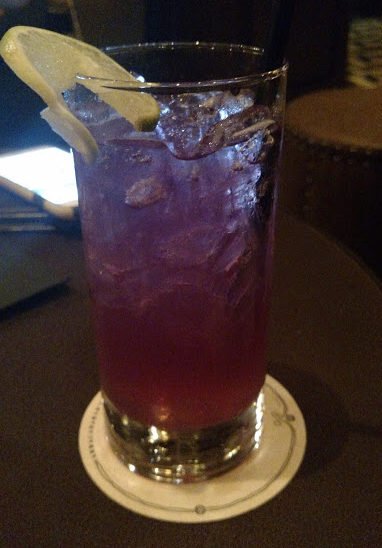 For my other friend she was interested in something a little sweeter – so our server told us that they could make one of the non-alcoholic drinks with rum in it.  She got the Magic Mirror – Soda Water, Honey Mango, Sprite®, and Lime Juice, with alcohol added.  It was very tasty and a good option to know about if you’re not into some of the stronger drinks on the menu.

Our server, Chelsea, was awesome.  Very friendly, knowledgeable, and she even did a magic trick for us!  We wished we could have hung out longer but we’d just spent a full day in the theme parks and were ready to head back to the resort and get a little sleep.

Since we didn’t get to try more of the drinks while we were there I recreated one of them at home!  The parlor trick is described as An Old Fashioned cocktail that celebrates old fashioned magic. Four Roses Small Batch Bourbon, Simple Syrup, and a splash of Soda Water.  I made this at home and I have to say that my husband is a bit of a whiskey snob – but he loved the Four Roses bourbon!  Here’s my take on the recipe! 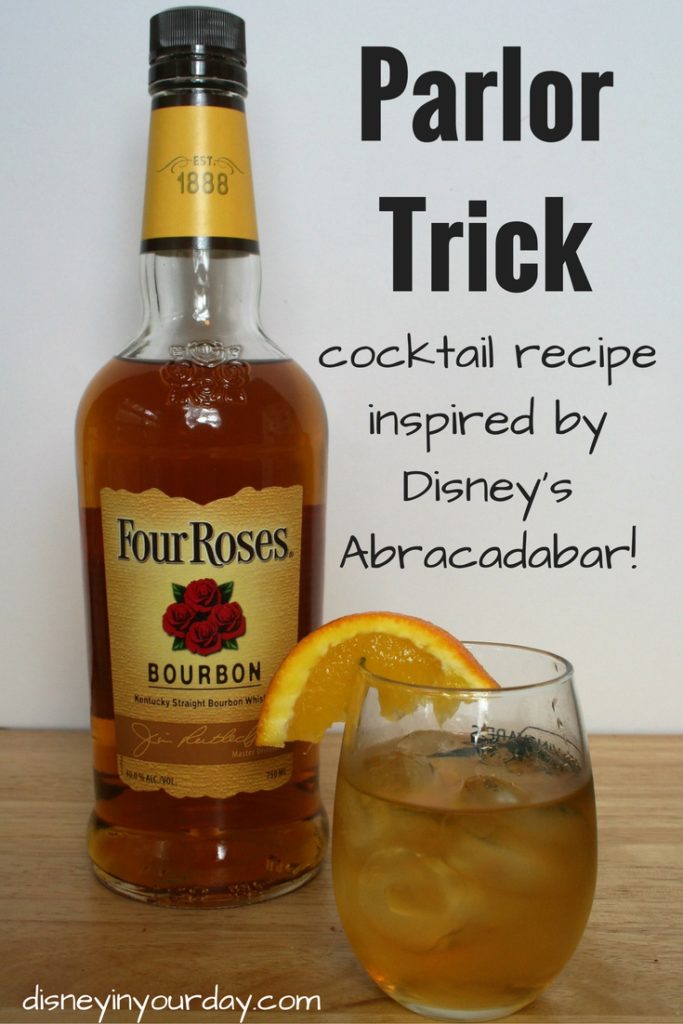 Which cocktail would you order with AbracadaBar?