You are here: Home / Disney World / Would you bring your dog to Disney? 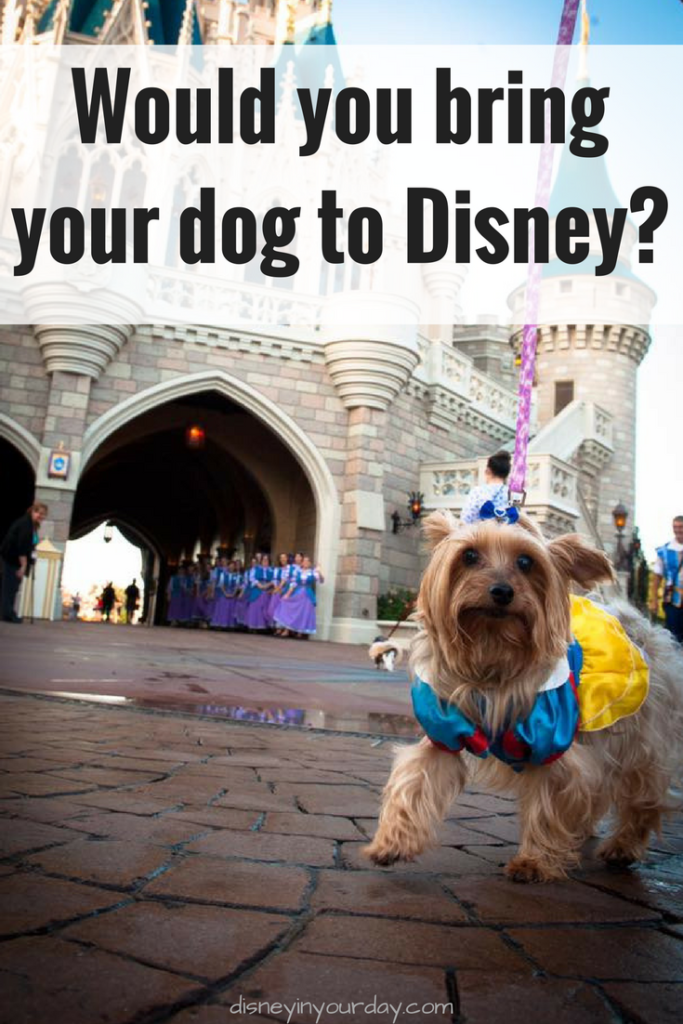 Disney recently announced that they would start allowing dogs at certain Disney resorts.  Dogs will now be welcome in certain rooms at Art of Animation, Port Orleans Riverside, Yacht Club, and the Cabins at Fort Wilderness.  There will be an additional fee of $50/night for dogs ($75 at the Yacht Club).  This is said to be not a permanent feature, but rather a trial run for one year.  There are a lot of rules about bringing your dog, with Disney making the statement that they would be “expected to be well behaved, leashed in public resort areas and properly vaccinated.”

There’s a lot of questions that have come up with this decision.  Some people love it, some hate it, and some are not sure.  How Disney will enforce the “well behaved” bit will be interesting to see.  There are also a lot of concerns about people with allergies.  As a person who does not own a dog, I was curious why you might want to bring your dog to Disney.  It seemed to me that it’s pretty pricey, they have to stay in the room all day while you’re in the parks, and you could just as well pay to board them at home while you’re away.  Since this isn’t an issue with cats, I decided to ask some of my readers!  I posted the question “Would you bring your dog to Disney?” Here’s some of the answers I got:

Would you bring your dog to Disney?

Some people said yes they would, usually in specific circumstances: 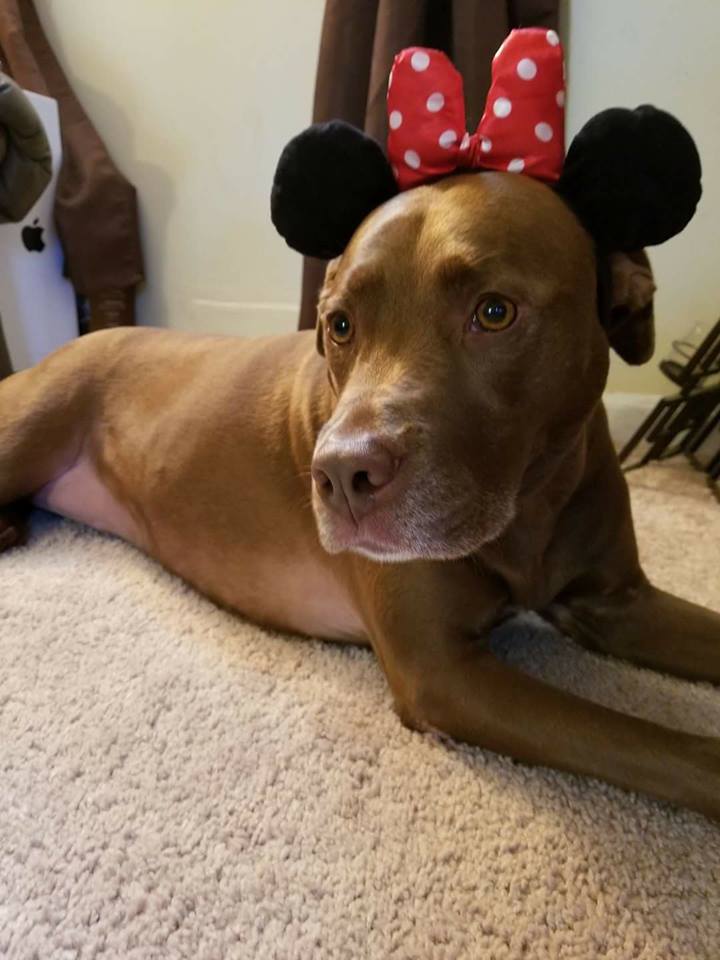 Amanda’s dog, Daisy, is ready to go with her Minnie Ears!

“I absolutely love this! My pup is my baby. It’s so hard for me to leave her. She sleeps in our bed at night. When we travel, she spends the night at the doggie daycare(similar to best friends) she goes to a few times a week. She loves it there, but thinking of her sleeping alone at night breaks my heart. I definitely plan on bringing her on a future trip. We’d drive down. I’d have her spend the day in best friends while we’re in the park so she can play and have fun. And then pick her up so she can sleep with us at night. This is actually a dream come true for me!” – Amanda

“We would be coming from far away and flying with big dogs is a pain, but we did agree that it’s something we’d think about doing if we wanted to do special family photos at a resort. Our dogs are very much a part of our family, so if we did bring them it would be a trip where our time wasn’t just about being at the park and we’d arrange doggie daycare at the on site place for the days we would be in the park. It’s not something we’d do every trip but as an added amenity it’s something we may appreciate in the future!” – Josey 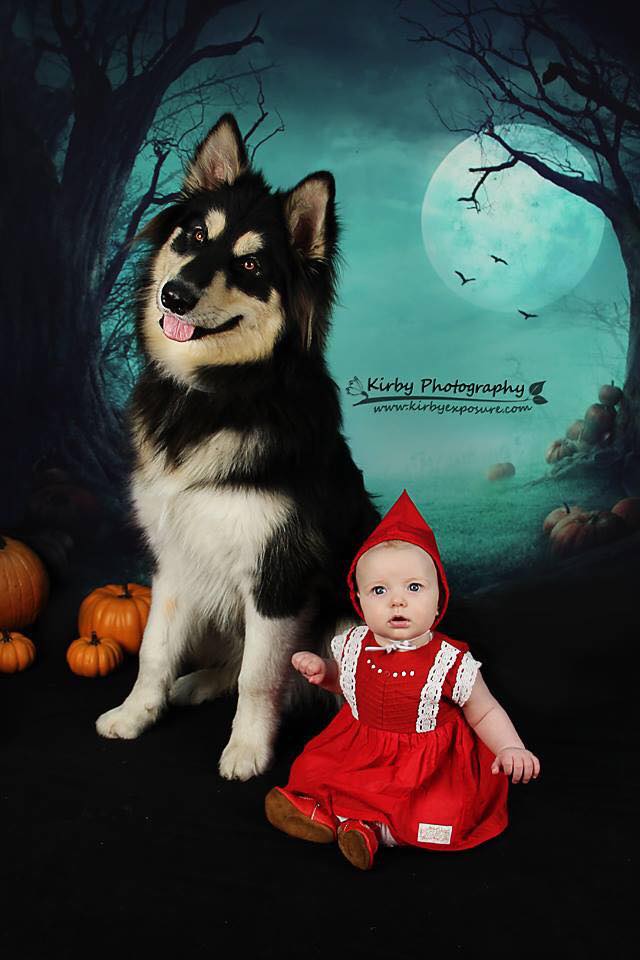 “100 percent! We drive to Disney and always bring him to Best Friends on property but for longer stays I would love to be able to have him at the hotel with us. I feel like he gets more homesick when we have to leave him for several days rather than just a weekend.” – Jessica
“Not only would I take my dogs to Disney, I do. Visitors have always been allowed to have their dogs at Fort Wilderness Campgrounds. We are RV people and take our dogs with us everywhere we go.  They are used to traveling and don’t bark at everything and everyone they see.  When we are out at the parks they are happy napping until we return. And at Fort Wilderness they have a dog area where they are fenced in and can run off leash. There are waste bag stations everywhere. I don’t know that having them in hotel rooms is a great idea, and like you said the cost is high.  In regular hotels in our travels the most we have paid is $15 (our dogs are small). But they also weren’t as comfortable and barked more than normal because of people in rooms next to us or people walking in the hallways. I will continue to take my dogs to Fort Wilderness, but I don’t think I will be taking them to the other hotels  Disney any time soon. I love my dogs, but I don’t want them to disturb others at Disney on vacation. And I certainly don’t want another owner’s dog bothering us.” – Greg

“If I brought TJ it would be just once for the experience. I think it’s nice that he wouldn’t have to be home missing me. I would love to have photographs of him around the resort wherever he is allowed. I also want the things they are giving at check in for the dogs for home! I would do it on a trip that I wouldn’t mind spending more time at the resort. I also would consider having him at daycare there and just with us at night.” – Laura 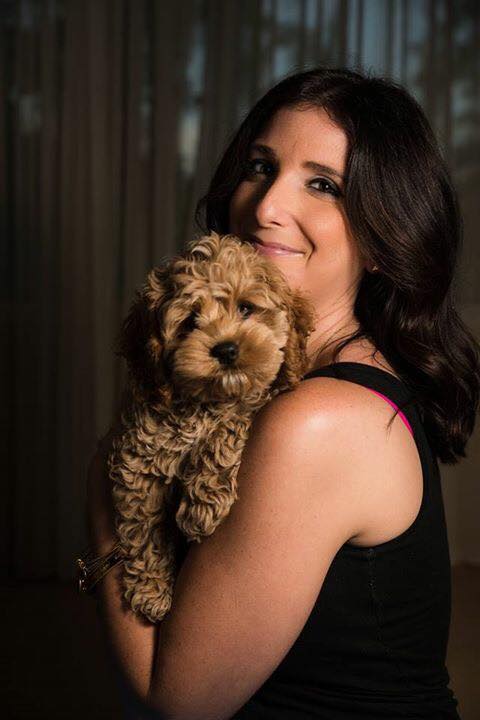 Laura and her dog, TJ

Some people said no, they would not bring their dogs:

“I would not bring my dog. He would be a wreck, which to me is neglect. He would be much happier at home, at a kennel, or with someone he knows, and in a familiar environment. AND, now I won’t be staying at any of the resorts that allow dogs. Not all dogs are well behaved. It would be a huge negative to not get rested because of a whiny, or yappy dog. I am a dog owner and there are certain vacations which I would include him–like camping, but not at a Disney Resort.” – Sandra

“I can see how it would be nice for people, but I’m not sure I’d want our dogs there. Daisy is small, but she is mouthy, so I anticipate nonstop barking. Minnie is enormous and nutty, so I don’t think she’d do well.” -Amber 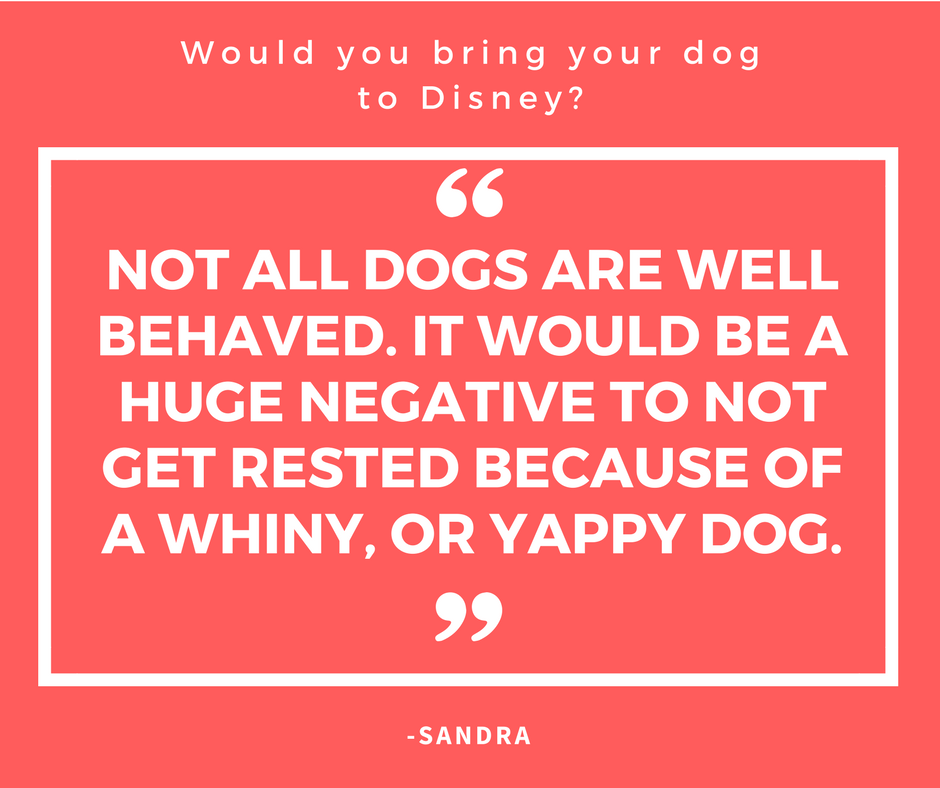 And some people have other concerns about how this will affect the resorts and the rest of the guests:

“I’m an animal lover but I seriously think something bad might come out of this. Hopefully it won’t though! And it’s not the pets I’m worried about neither. It’s the owners. I also used to work Mouse Keeping at Yacht and Beach and sadly know of a lot of employers that didn’t love their jobs… I’m seeing low maintenance on these rooms. Only certain rooms are going to be designated right? Maybe if that’s the case, they should do certain whole areas. Dogs are dogs and will bark. I’ve stayed in hotels where dogs were allowed and man it was barking all night long.” – Venessa

“Sometimes the owners are worse than the dogs. I know in hotels when we travel with the dogs we don’t leave them in crates but then again they don’t destroy stuff, the worst they do is climb onto my bed and lay on the pillows (which I have since learned to keep in the closet). But I have seen where people don’t crate their dogs and they just destroy rooms or mess in the rooms. I don’t think I’d leave them in the room all day either. When we went and stayed in area hotels I took them to Disney’s Doggie DayCare and left them there. We didn’t stress about the dogs in the room and the dogs were taken care of. But who knows…. I see both the positive and negative.” -Allie 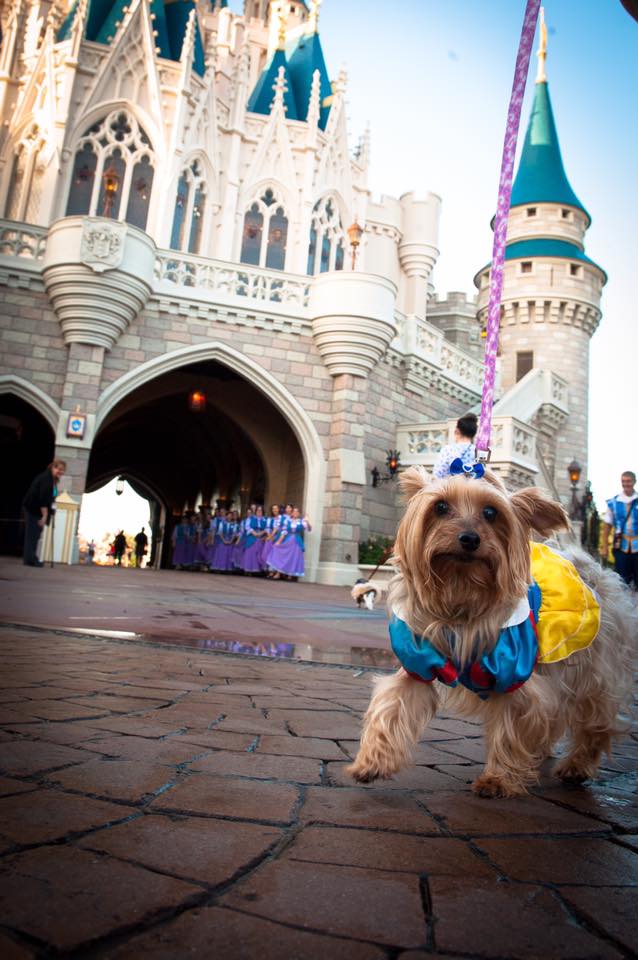 Andrea’s dog Bella at the 101 dog days of summer event in Magic Kingdom!

After hearing from many different people, here’s what I’m thinking right now: a lot will depend on the dog and its owner.  Hopefully owners will know what is best for their dogs and if their pup can handle being in a hotel room all day, but I don’t know if that will be the case.  Allergies are another big concern, as Disney has not made it clear if there will be permanent “dog rooms” designated for these people, or they will place non-dog people in these rooms as well.  They have to be extremely, extremely thorough with this because some people have severe allergies.  I expect Disney will encounter unanticipated problems, but if they adapt and address the issues it could be a very good thing for some dog owners.

If you have a dog, would you bring your dog to Disney? If you don’t, how do you feel about other people bringing their dogs to the Disney resorts?