You are here: Home / Disney World / The “worst” trip to Disney 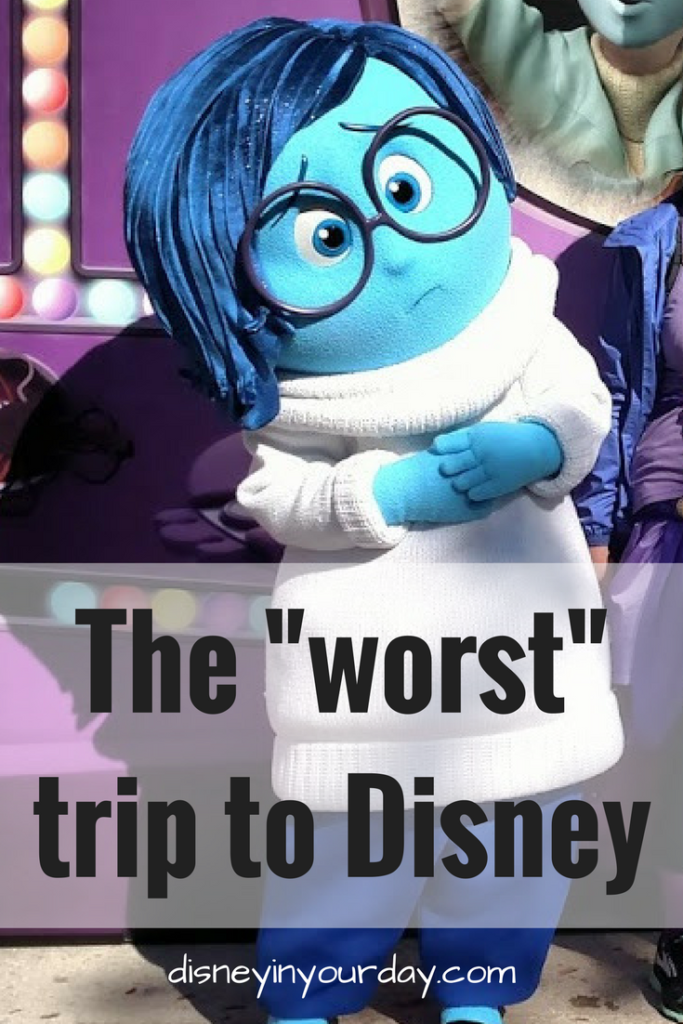 You may have noticed the blog has been silent for over a week.  Partly it is because I was in Disney – which should be a good thing, right?  But the other part is because I was sick, and had a million other things going on.  While there were good things that happened during this trip, I hate to say that it’s probably the “worst” trip to Disney I’ve had.

But let me start with the good things first:

And now I’ll try to explain (in hopefully not too many words) what made this a stressful/painful trip for me. 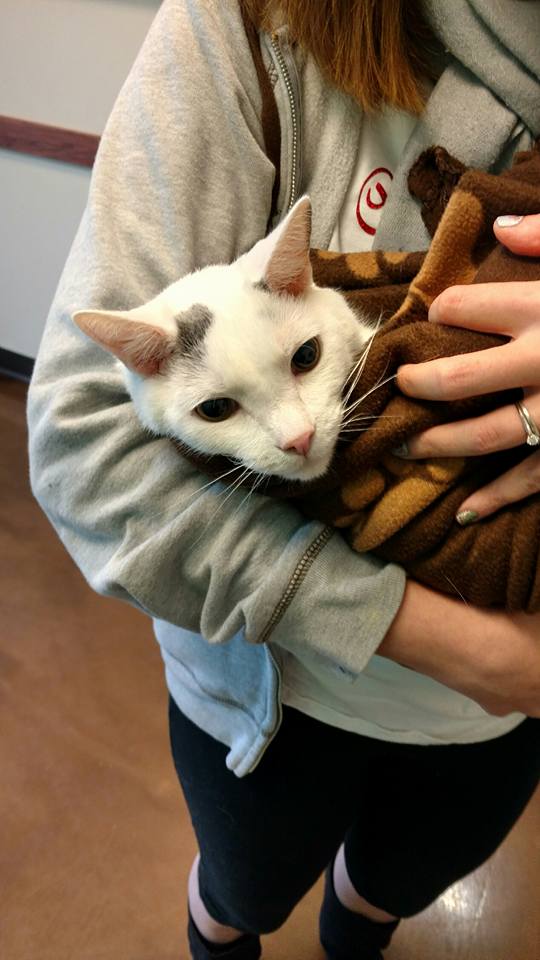 Our visit with Merlin.

As many of you know, right before Christmas we checked my cat into the emergency vet for being sick.  He is only 5 years old and stopped eating.  They were afraid it was cancer.  He needed 5 medications a day and needed to be fed through a tube even once he came home – and we were afraid my husband wouldn’t be able to come on the trip because of this.  Then my amazing brother-in-law who was home from college offered to stay at our house while we were gone and take care of Merlin, which meant Jason could come.

We waited for the results of Merlin’s colonoscopy.  We were supposed to find out last Wednesday, the day before we left for Disney.  I woke up that morning with a major panic attack.  I think a combination of Merlin, the marathon, and other things going on.  We got the results that afternoon – Merlin did not have cancer but still had IBD, which is pretty serious for cats and needs a lot of treatment.  It was good news, but my anxiety did not go away and I left work early and struggled to pack for the trip.  Sorry for the TMI, but that evening I vomited.  It seemed to help a lot, but then I woke up later in the night with the anxiety back.

I had severe anxiety and panic attacks for the first two days of our trip (Thursday and Friday).  I cannot really tell you why.  The Merlin weight was lifted from my shoulders.  I’d been training hard for the marathon and had never been that anxious about it.  Maybe it was because of the anxiety making me nervous that I wouldn’t be able to run?  If that makes any sense. 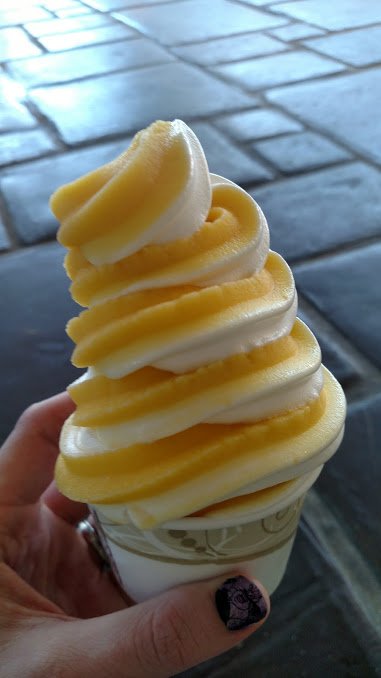 This was about all I could eat on Friday. On the plus side, it was a citrus swirl 😉

It was bad enough Thursday night in the middle of Frontierland that we called the paramedics.  I was shaking so hard I couldn’t move.  The paramedics were very funny and tried to help keep me calm and my friends entertained too.  They basically told me I was hyperventilating and I had to work on breathing – and consider not running the marathon.  And not think about it.  So from that moment I decided to look at the weekend as if I was not running to try and help my anxiety.

It didn’t work.  The anxiety was still there.  I realized too that ignoring the marathon was a bad plan.  Everyone was saying “it’s okay.”  And I knew that if I couldn’t run, it was okay.  It was okay for me to make that choice.  But I felt like it wasn’t okay if circumstances caused me to not be able to run after training, paying for it, etc.  I wanted to be mad and upset if I couldn’t do it and not just think “it’s okay, I’ll do it next year!” So that helped too.

Saturday I felt much better.  I got through that day and woke up Sunday morning with a slight sore throat but went and ran the marathon.  It was COLD.  But I did it.  Toward the end of that evening my throat was really hurting. 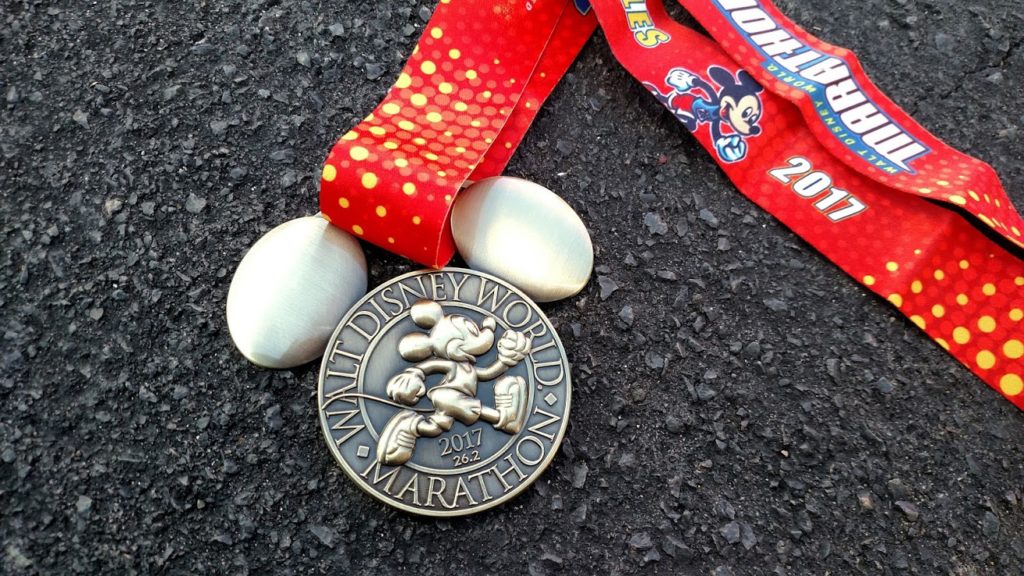 Next morning was our last day, I woke up and felt awful so I slept til check out.  Then we went to Hollywood Studios, where I suffered through about an hour or two of the parks before heading to first aid to lie down.  They took my temperature which was at 99.8.  I was fluctuating from freezing to sweating.  I managed to fly home that evening but it was miserable.  I had an amazing flight attendant named Anita on Southwest who brought me her own personal blanket when I was cold and cold cloths when I was hot.

Tuesday I went to the doctor.  They determined it was not strep, pneumonia, or the flu.  Just a virus and I have to wait it out.  My temperature was up to 101.4.  I’ve basically been sleeping all day, watching a little TV, and drinking some soup when I’m able.  I really hate having to miss any more work but I can’t really do anything.  This is the first time I’ve been able to sit up enough to even be on the computer.

So going through several illnesses (bad anxiety and then a virus) definitely made this a very difficult Disney trip for me.  But I will be reporting on some of the positives from this trip when I feel up to it!  And I now have some great info on paramedics and first aid at Disney so I’ll be sharing that as well 😉

Have you ever been sick at Disney?  What was your experience like?