You are here: Home / Disney World / What’s in my Disney camera bag?

For someone with an interest in photography, whether it’s amateur or professional, the Disney parks provide an amazing opportunity to take pictures and get some great shots.  Many people are content with their phones, but I love having the chance to use my DSLR camera to experiment with my photography.  Anywhere I travel, photography is a big part of how I enjoy it.  Some people ask, “how can you enjoy an experience when you are constantly taking pictures of everything?”  But the artistry of photography is an experience in itself and allows you to see things from a different perspective, often quite literally. 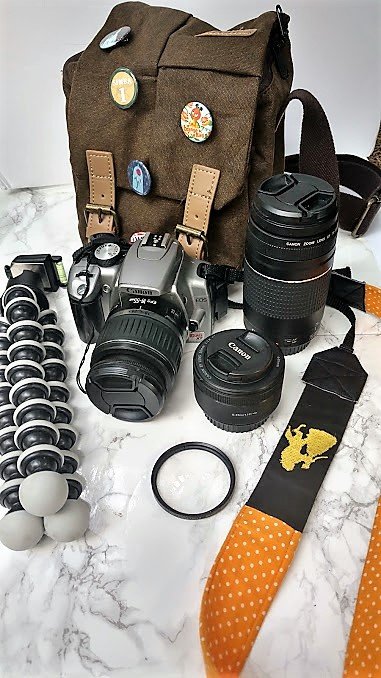 But if you use a DSLR camera, chances are you know that you are stepping into a world where there’s an almost endless amount of equipment, lenses, and other items that you can add on.  When you’re trekking around the Disney Parks, what are the most important items to have with you?  Today I’m sharing what’s in my Disney camera bag, when I like to use each item, and why I take it along. 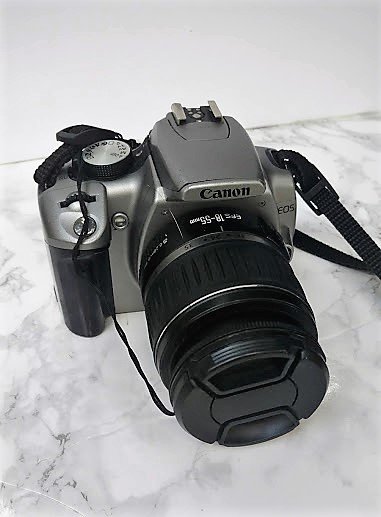 Of course, my camera is the main item.  I have a Canon Rebel XT, and it is quite old – there are plenty of newer Canon Rebels.  Someday I’ll upgrade to a new camera but for now it gets the job done.  I’ve always had a camera in my hand at Disney World, from my first trip when I was 9 years old and carrying around a disposable camera.  For awhile I had a decent point and shoot that I used all the time.  Once I got my Canon I would bring both that and point and shoot, and only use the Canon occasionally.  I’m proud to say that I’ve finally gotten to a place where I solely use my DSLR camera!

Most of the time I have the standard “kit” lens on my camera (the 18-55mm).  Here’s an example of a photo from my camera with this lens in use.  It might be basic and the camera might be old, but it still does a good job: 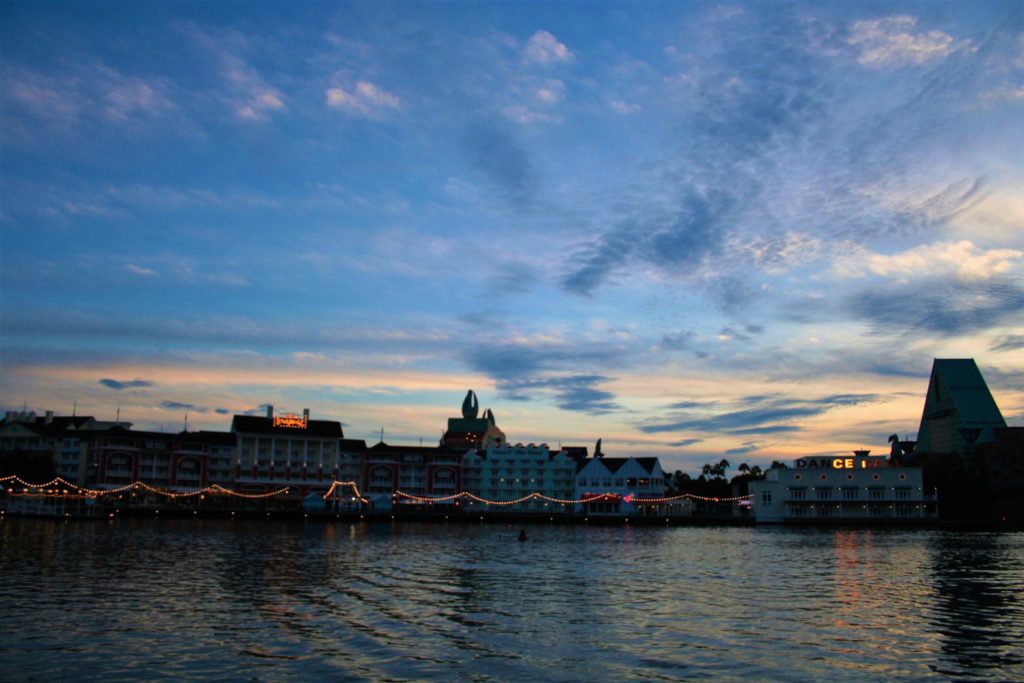 Two items I keep on the camera itself are the lens cap and a camera strap.  I bought a lens cap that has a string on it which attaches to the camera, because it’s constantly falling off and I lost the original one anyway at some point.  This adorable camera strap was a gift to me, but it was from an Etsy seller who makes a number of cute Disney themed camera straps. 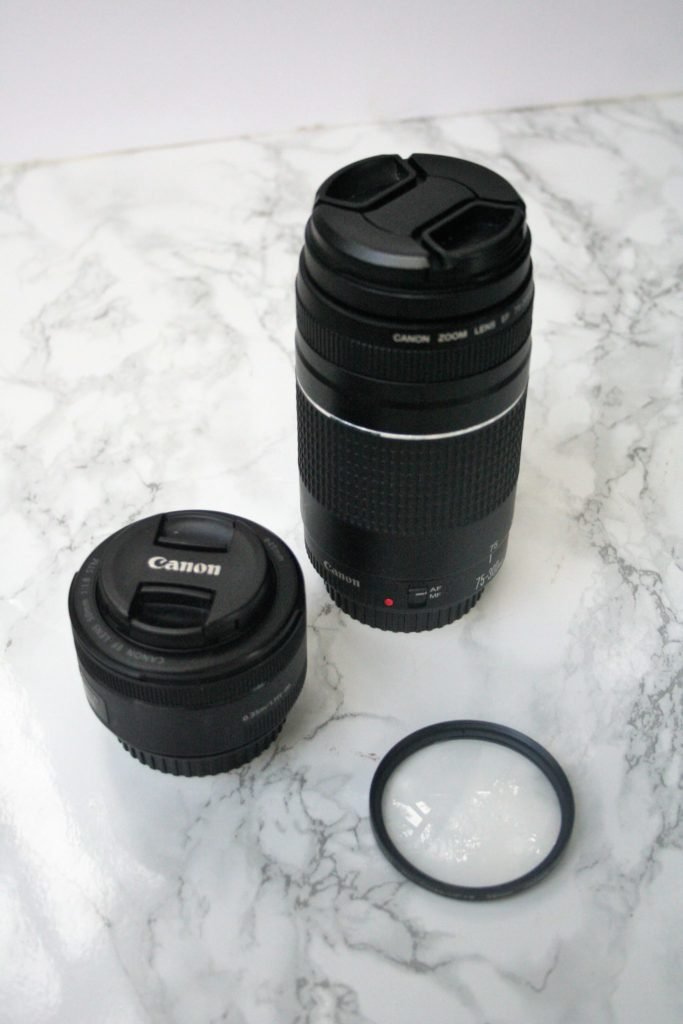 I own three additional lenses, and they all come in handy at Disney for different things.  The first is my telephoto lens, the biggest one in this picture.  It’s 75-300mm and probably my favorite camera purchase.  It’s for extreme zooming.  Even if you don’t know much about cameras, the kit lens only goes up to a zoom of 55mm.  The telephoto lens starts at 75.  It’s big so I don’t carry it with me all of the time, but I use it most for 2 specific reasons.

The first is when I’m at Animal Kingdom.  It’s fabulous for getting animal photos on the safari or any of the animal walking trails.  You can get photos that look much closer than you actually are, like this one: 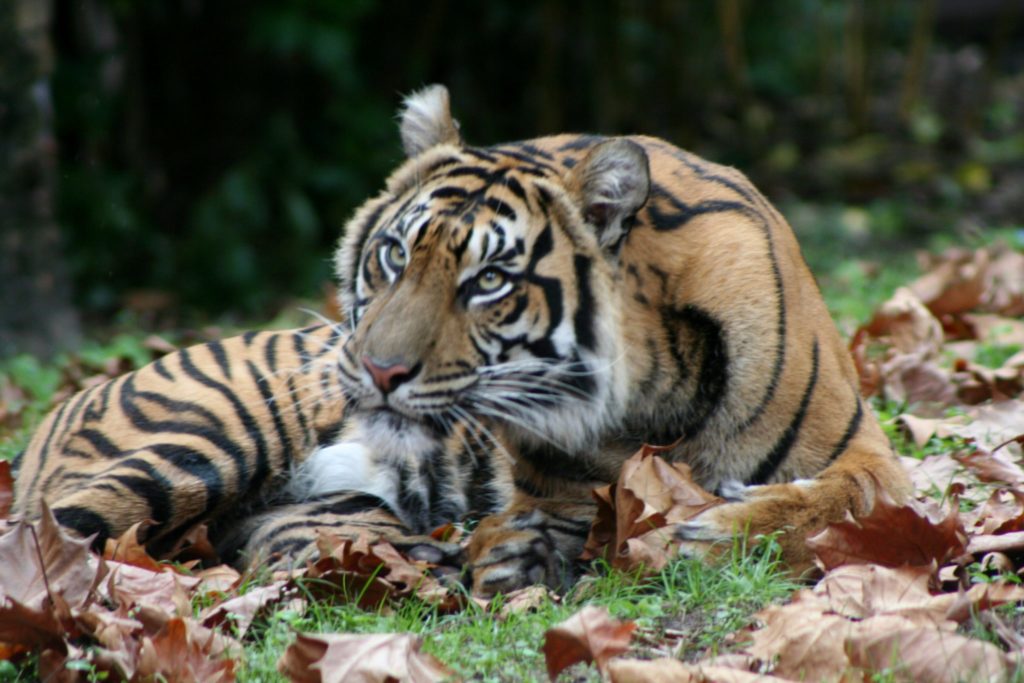 The other thing I use this lens for? Shows and parades!  I always carry it in Animal Kingdom so I’ll also use it at Festival of the Lion King and the Finding Nemo Musical.  I will also occasionally bring it to Magic Kingdom for a parade or Hollywood Studios for something like Beauty and the Beast or Indiana Jones.  Here’s a shot from Festival of Fantasy using my telephoto lens: 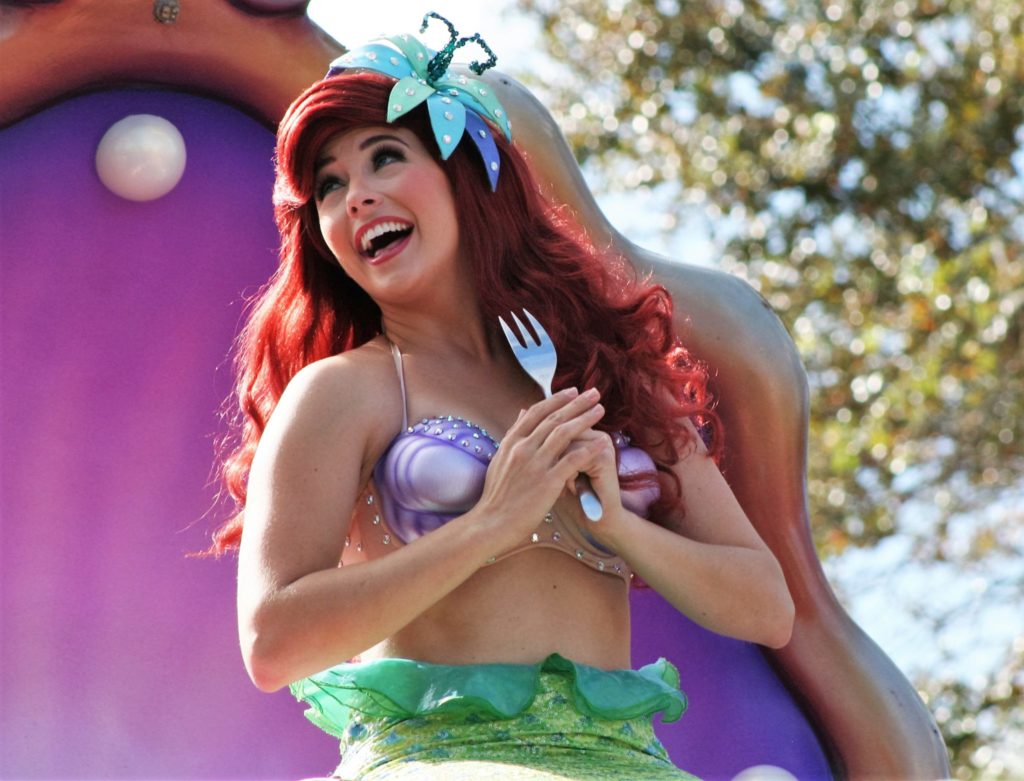 The other lens in my photo is my 50mm f/1.8 lens.  This is my newest one and I’m still getting used to using it.  It’s a fixed lens, meaning it doesn’t zoom in and out at all.  That doesn’t make it ideal for many things in Disney, but it is great for certain things.  The biggest advantage is that it works very well in low-lighting.  Once the sun goes down I switch to this lens for a lot of photos: 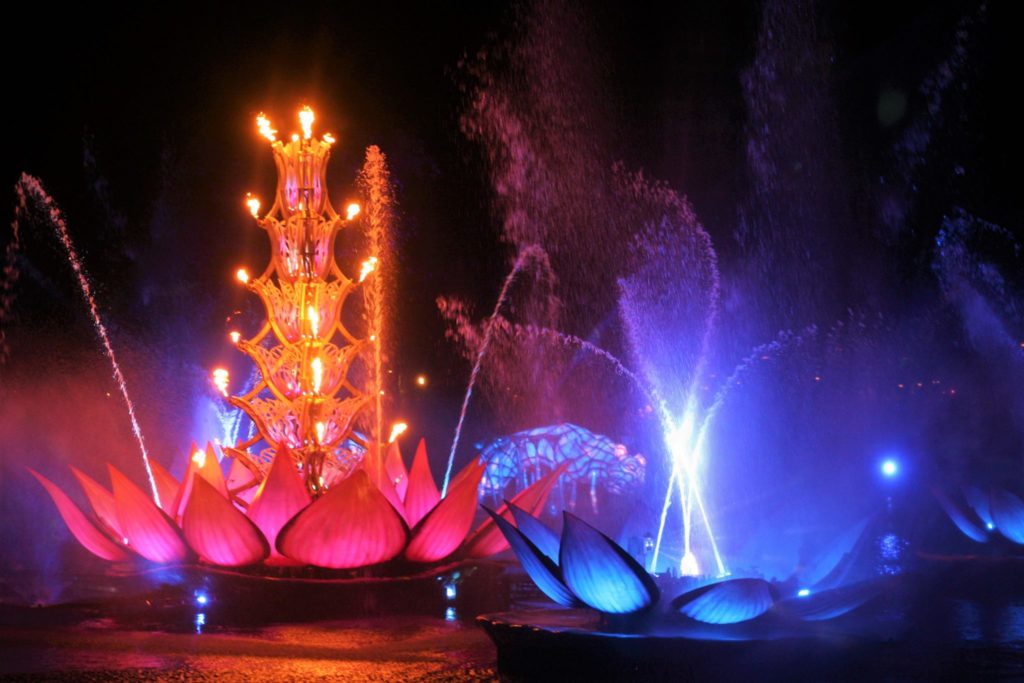 The other thing I use it for?  Food photography!  With the exception of restaurants that have large windows and let in a lot of natural light, restaurants generally tend to be dimmer and it’s harder to get a good quality photo.  I use this lens for photos at places like Tiffins: 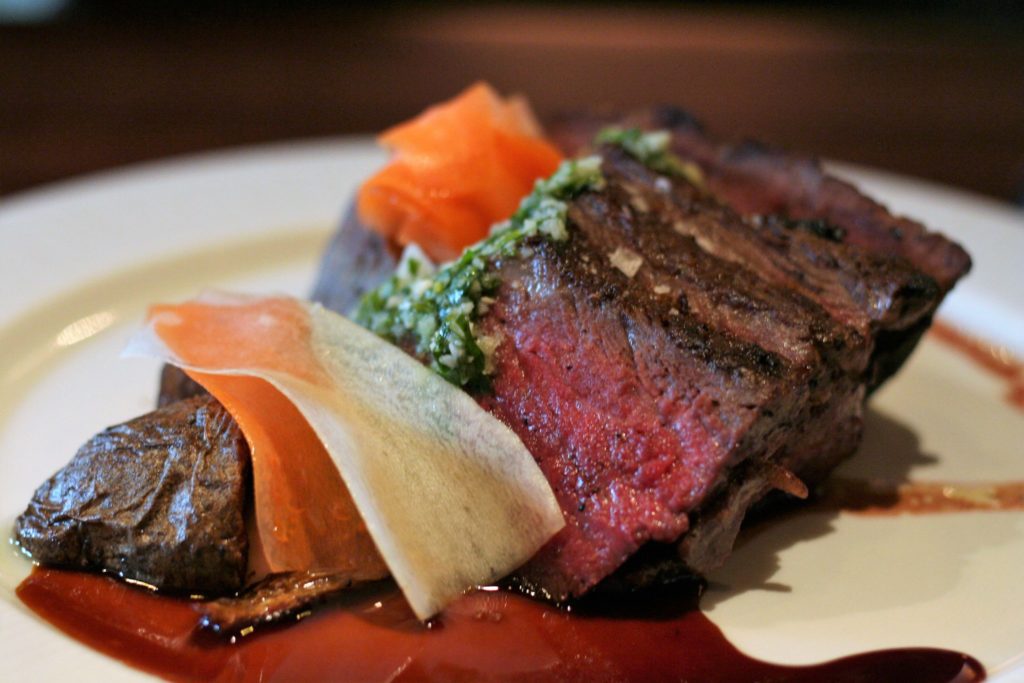 Finally, the smallest lens I have is one of my macro lenses.  I actually have 4 (+1, +2, +4, and +10), but I only bring the +4 to Disney because it’s the one that I use the most often.  Macro lenses are good for getting really up close photos, like of flowers.  I rarely use it at Disney, but there might occasionally be some flora, fauna, or other thing you’d like to use it for and it doesn’t take up much space. 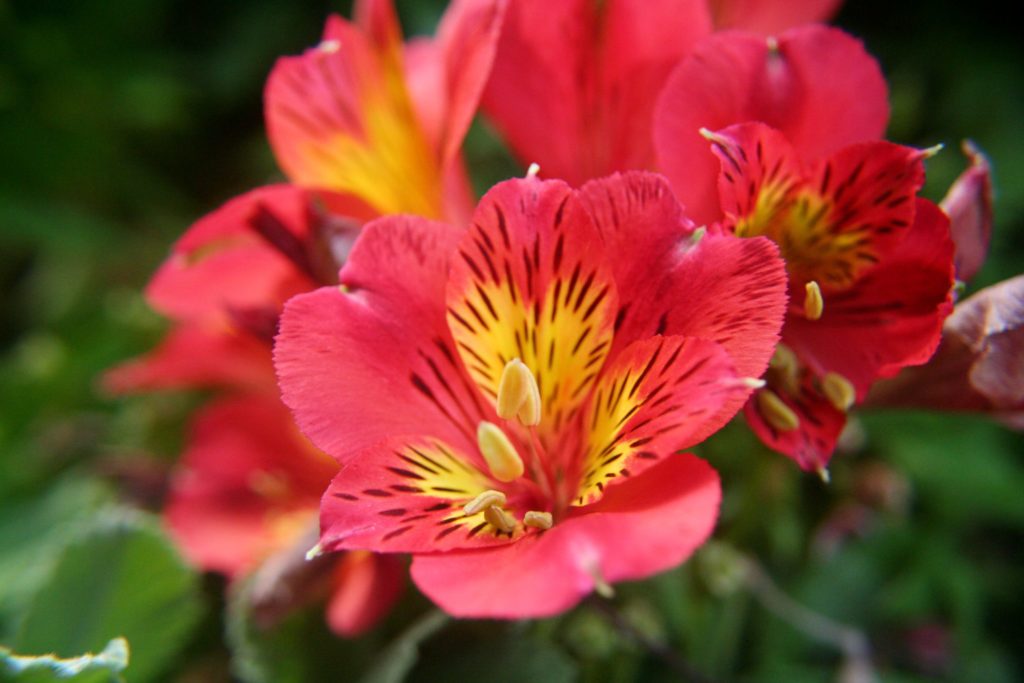 This photo isn’t from Disney, but the above image gives you a good idea of what the macro lens can do. 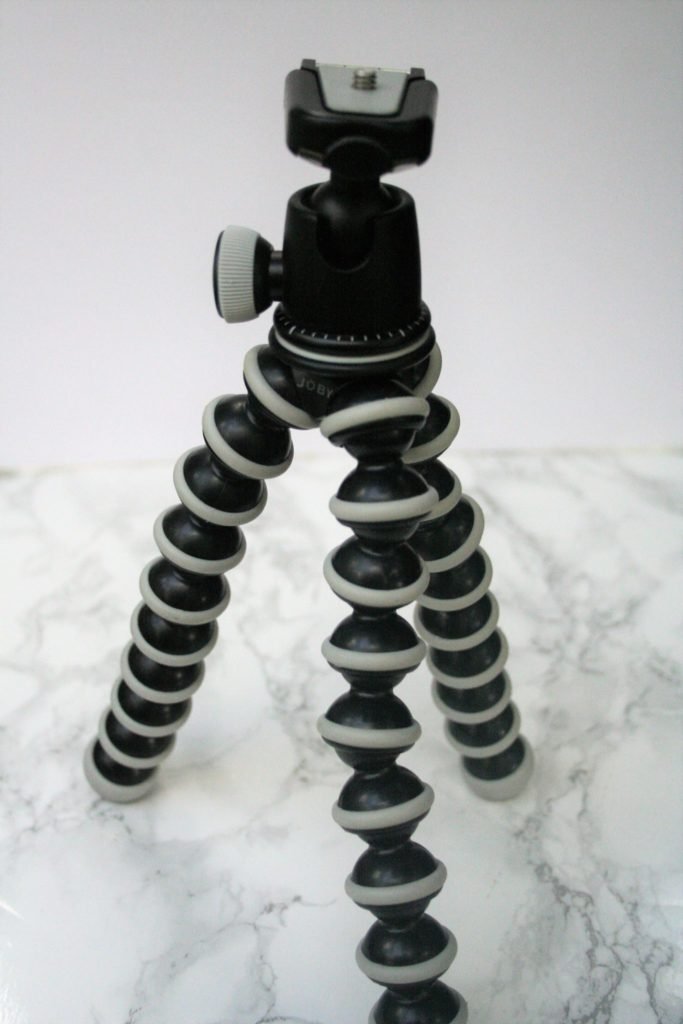 This little tripod is handy for nighttime photography when you want to keep your camera as still as possible – I recommend it especially for Pandora at night and fireworks.  The coolest thing about this one is that it’s small and compact, and the legs are totally flexible so you can wrap it around something like a tree or railing.

A couple of other small items I always keep on me: first up, an extra camera battery.  There was one time I went to Animal Kingdom and my battery died on the safari at 10am.  The thought of not taking photos in Animal Kingdom for the rest of the day was pretty awful, so I had to take the bus back to the resort to grab my extra camera battery that I had left on the charger.  Now I always make sure I pack it.  The other simple thing is a cleaning cloth.  The lens can get smudged pretty easily so a handy way to clean it is important! 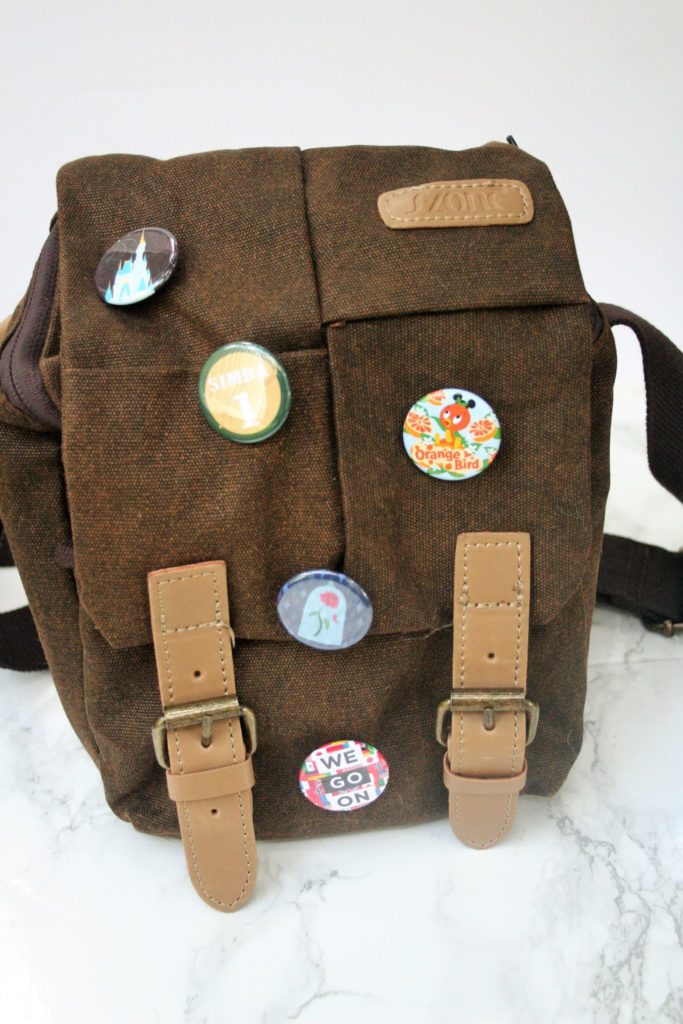 And of course, you need the bag to put all this stuff in!  Honestly, if I’m carrying all of this I use a backpack (usually my Vera Bradley Disney backpack).  But if I’m just carrying the smaller stuff I have a handy camera bag that I use.  It’s small so it doesn’t feel super bulky to carry around, and the inside has dividers so you can keep your stuff organized.  And of course I decorated it with Disney buttons 🙂

Do you enjoy taking photos while at Disney? What kind of camera do you use? What else is in your Disney camera bag?

For more on this really awesome topic,
check out the other great posts from the Blogorail!