You are here: Home / Fashion and Clothes / What is Disney Bounding? 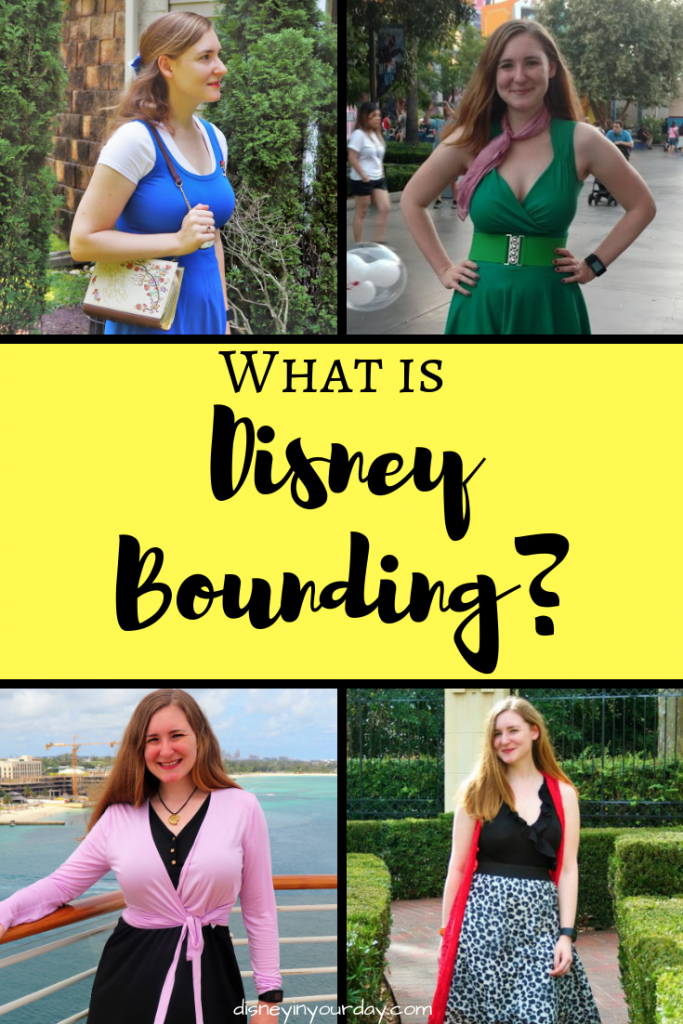 Here is my basic explanation: Disney Bounding is a fun way to show a little of your Disney passion without being over the top obvious about it. Basically, Disney Bounding is when you dress in the color of style of a certain character, but you use your everyday clothes instead of a costume. 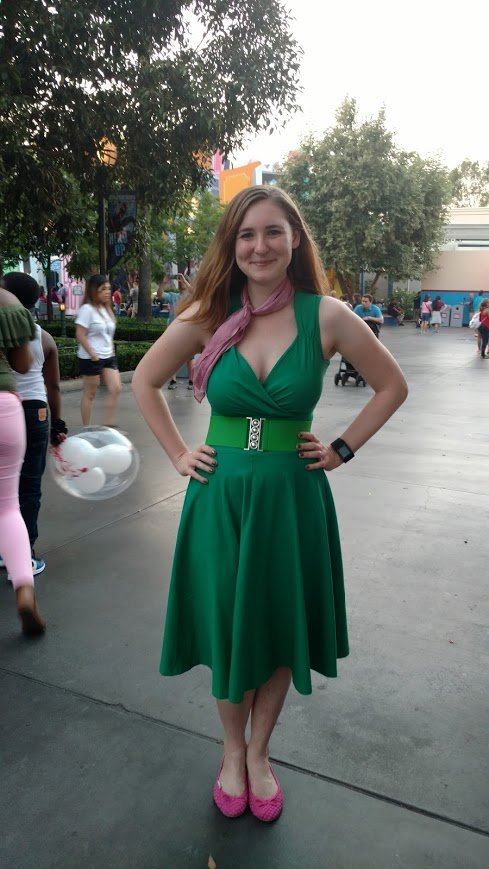 Disgust from Inside Out

I think this makes Disney Bounding a great option for Halloween, if you don’t want to go all out with a costume! I often wear my Minnie Disney Bound to work on Halloween, because it’s easy and the kids I work with instantly recognize it, even though it’s not a “costume.”

I’ve done a number of Disney Bounds you can take a look at:

And now here are some questions you might have about Disney Bounding:

What is the difference between Disney Bounding and a costume?

Disney Bounding is using your “everyday” clothes. Instead of buying a costume of Snow White’s dress, you would wear a blue shirt and yellow skirt, or even yellow pants/shorts. I would add something like a red bow in my hair or an apple necklace to pull it all together. You wouldn’t wear a wig or anything when you’re Disney Bounding. 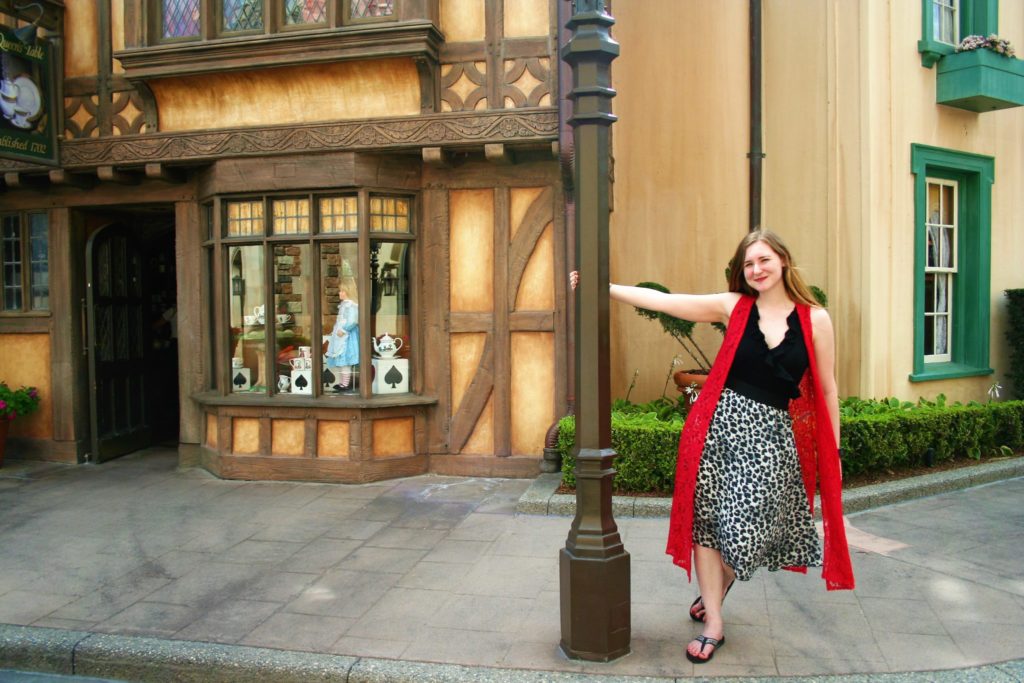 Am I allowed to Disney Bound in the parks?

Yes – in fact, that’s why Disney Bounding began! People wanted a way around the rule that adults cannot wear costumes. This is a fun way to still dress in a similar way to a character, but it’s not so similar that it would confuse children about who the “real” Disney characters are.

Her name is Leslie Kay, and she started doing it in 2011. She has a Disney Bounding website where you can see all of her creations – it’s still updated frequently!

Are some characters easier to do than others?

Absolutely – characters who have a more obvious color theme are the easier ones to do. Snow White, Ariel, Anna, Minnie Mouse can all be fairly obvious. The most challenging ones are animals who don’t wear clothing (like Simba) and characters who tend to dress all in one color (Peter Pan). 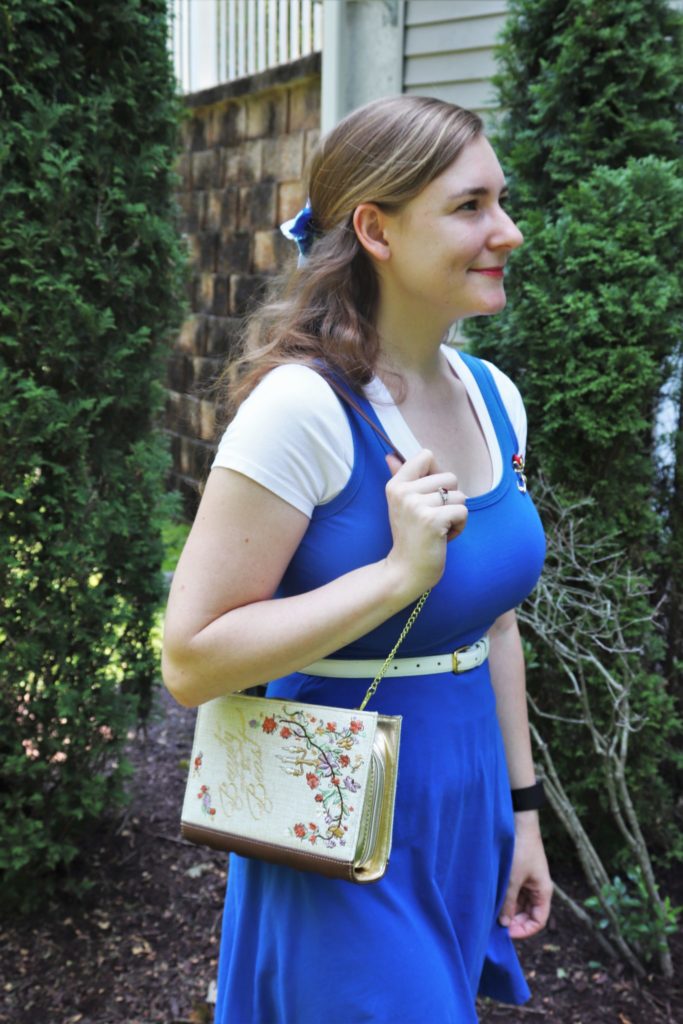 Belle from Beauty and the Beast

How can I make it more obvious who I’m Disney Bounding as?

I think it’s all in the details. Accessories can do a lot to make it more obvious. Things like necklaces, belts, and scarves do wonders. For example, I think the pink scarf in my Disgust Disney Bound made it clear who I was supposed to be. My Ursula Disney Bound was very basic with just a black and purple outfit, but if you are familiar with her necklace that would be the sign to tell you who exactly I was. When I wore my Mulan Disney Bound and Gaston Disney Bound to the parks I was recognized by a number of people who commented on it. On the other hand, my Winnie the Pooh one was not as obvious, so I think it probably needed a few more accessories or details.

How do people create those cool looking images?

There used to be a website called Polyvore that was used for making those images, but it no longer exists. I’ve been playing around with some different options. So far Fashmates has been my favorite – I find it easy to work with and put together designs. 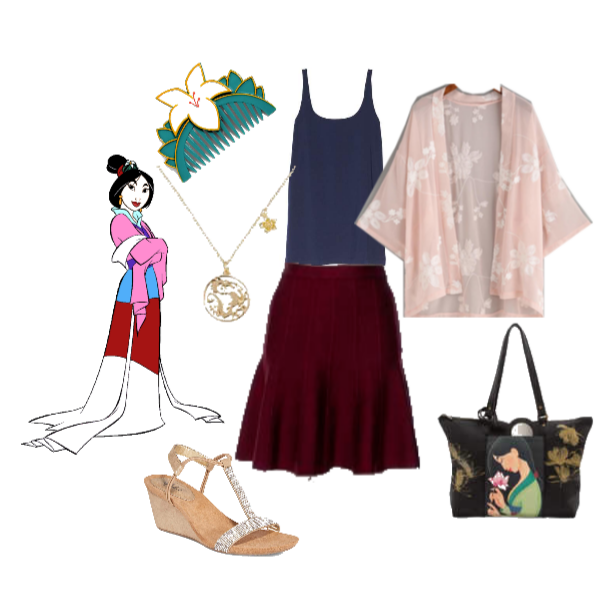 Do you have any other questions about Disney Bounding?