The Walt Disney Studios does not offer tours on a regular basis – unlike Warner Brothers and Paramount, it’s not something you can just buy tickets to and go see. However, they do have a few unique opportunities to do a tour. One of these is if you save up your codes and earn enough Disney Movie Reward points. After years of seeing and buying Disney movies, I finally had enough to redeem the studio tour!

I booked the tour a couple of months in advance. You can request a few days but it has to be a Monday-Friday. We got our first choice of Monday, June 4th. Up to 8 people can go, though we had a group of 5. My travel companions for the weekend, Jason and Kristin, joined me. We also got to bring Mindy from This Fairy Tale Life and Falon from Falon Loves Life with us! So another exciting part of the morning was getting to see Mindy again and meet Falon in person for the first time. Nothing like a mini Disney/geek blogger get together! 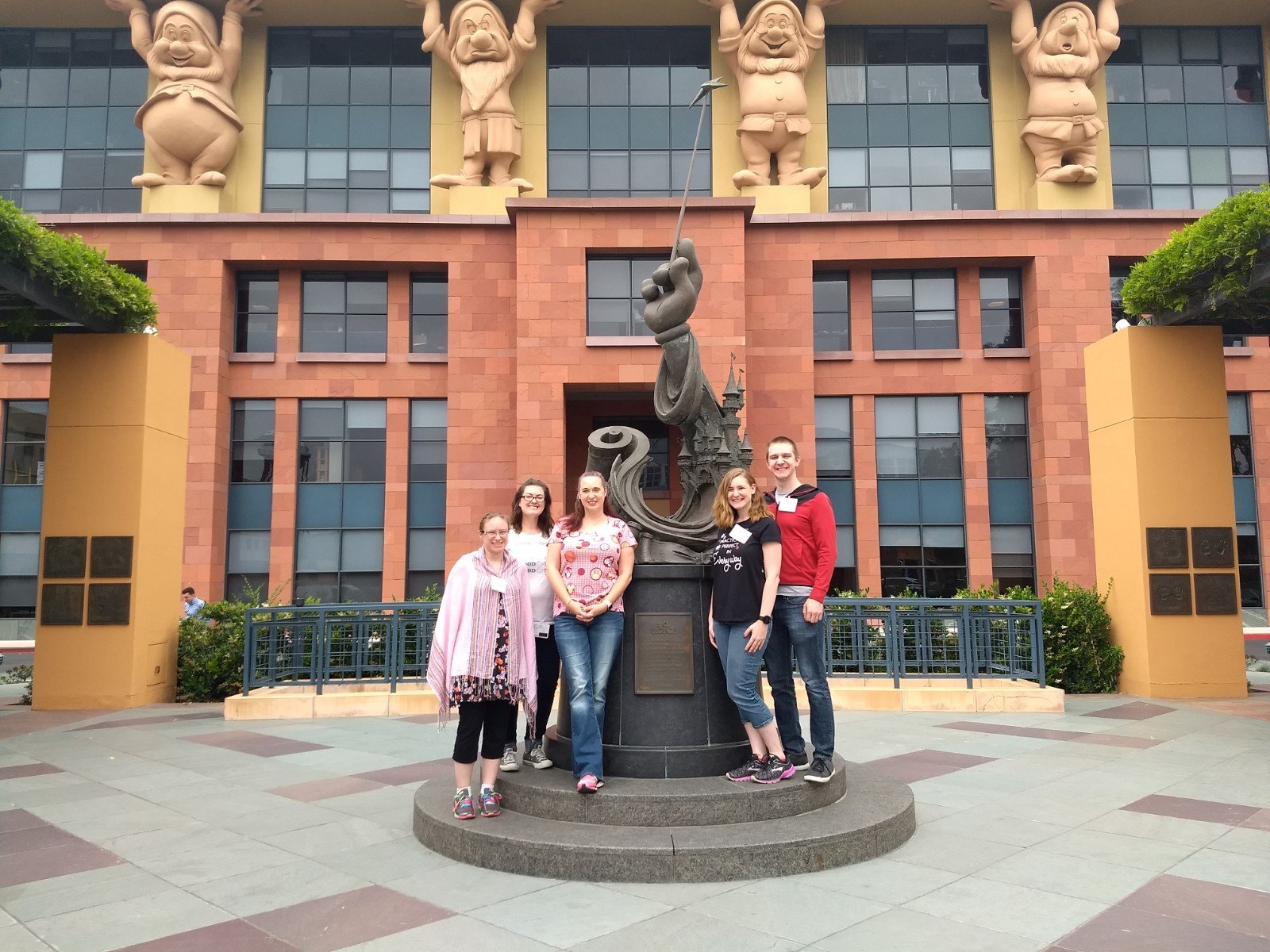 We arrived at 9:45am and were met by our tour guide, Susan.  She began by telling us a little bit about the history of the Disney company and the Studios.  We walked around and saw the outside of the 3 sound stages that Disney has. At the time that it was built, Disney didn’t need as much space as other Studios because they were mostly doing animation. They didn’t need huge stages or spaces to film, and to this day it’s still physically one of the smallest movie studios. 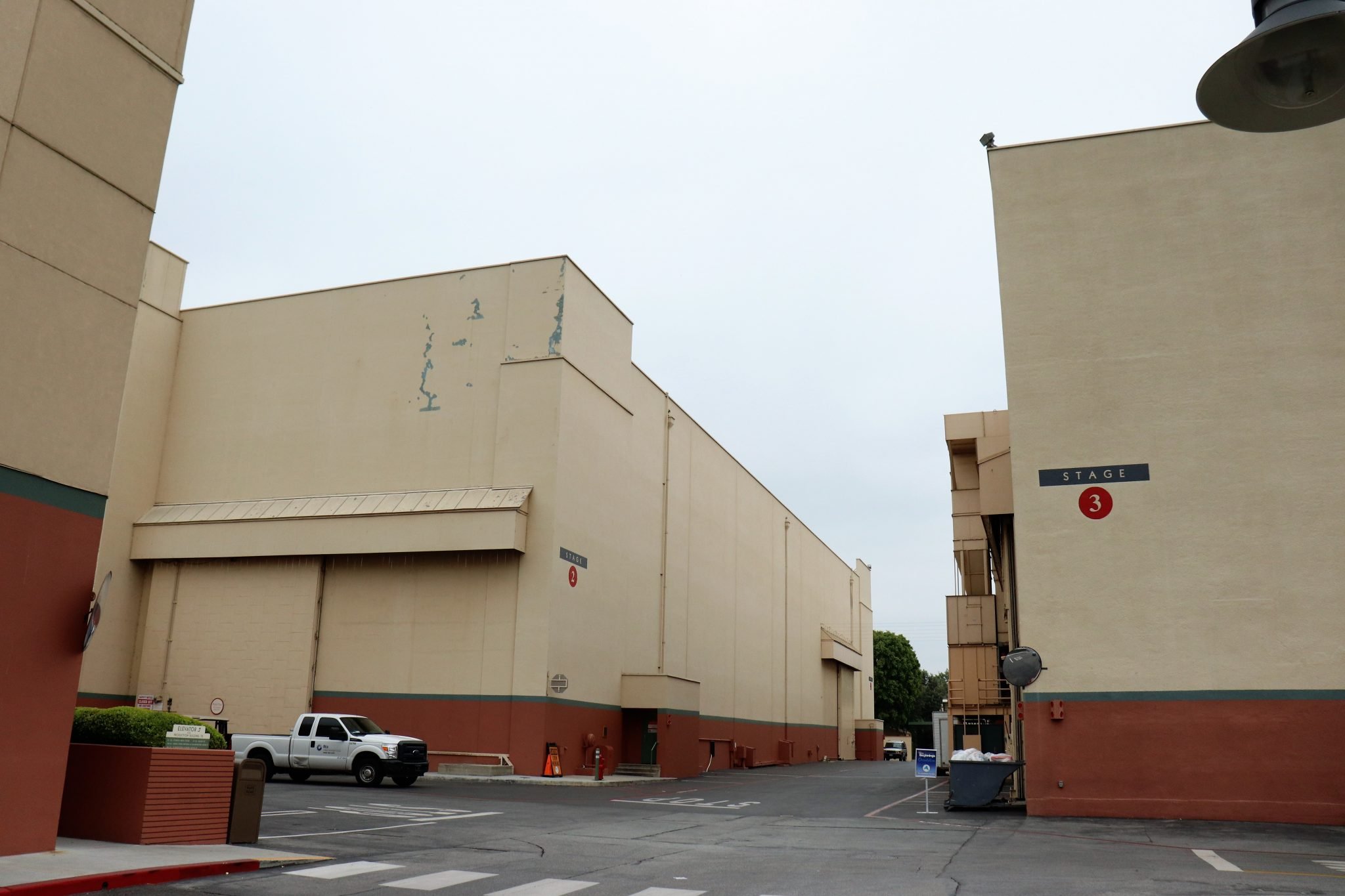 Here are some fun facts we learned during this portion of the tour: 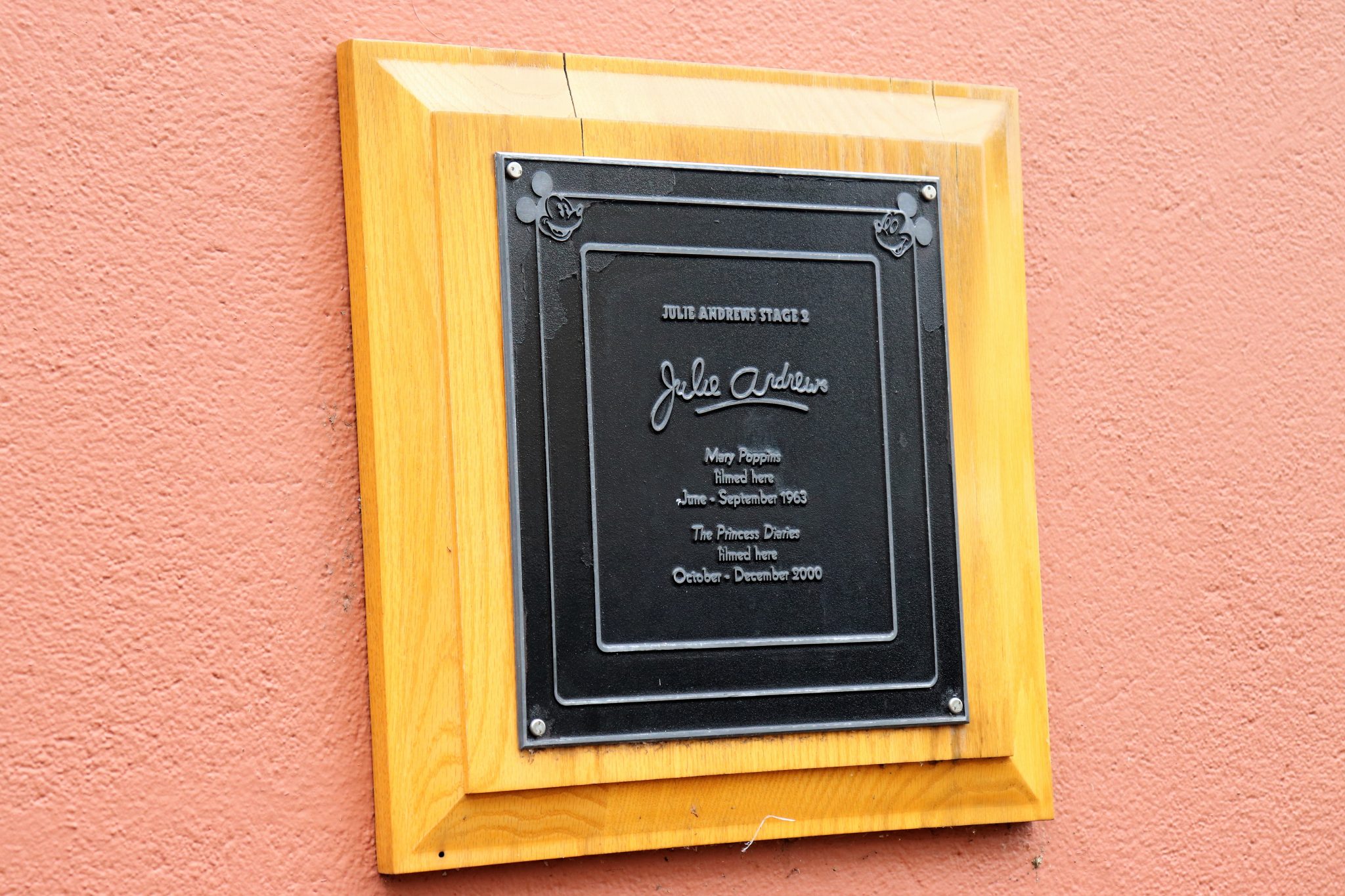 From there we walked past a number of other buildings, including the Sherman Brothers recording stage, the commissary, and the theater where they hold movie premieres.We then got to the animation building – which is actually no longer used for animation but just is offices. Outside of the animation building is a tree and a bench where a scene from Saving Mr. Banks was filmed. 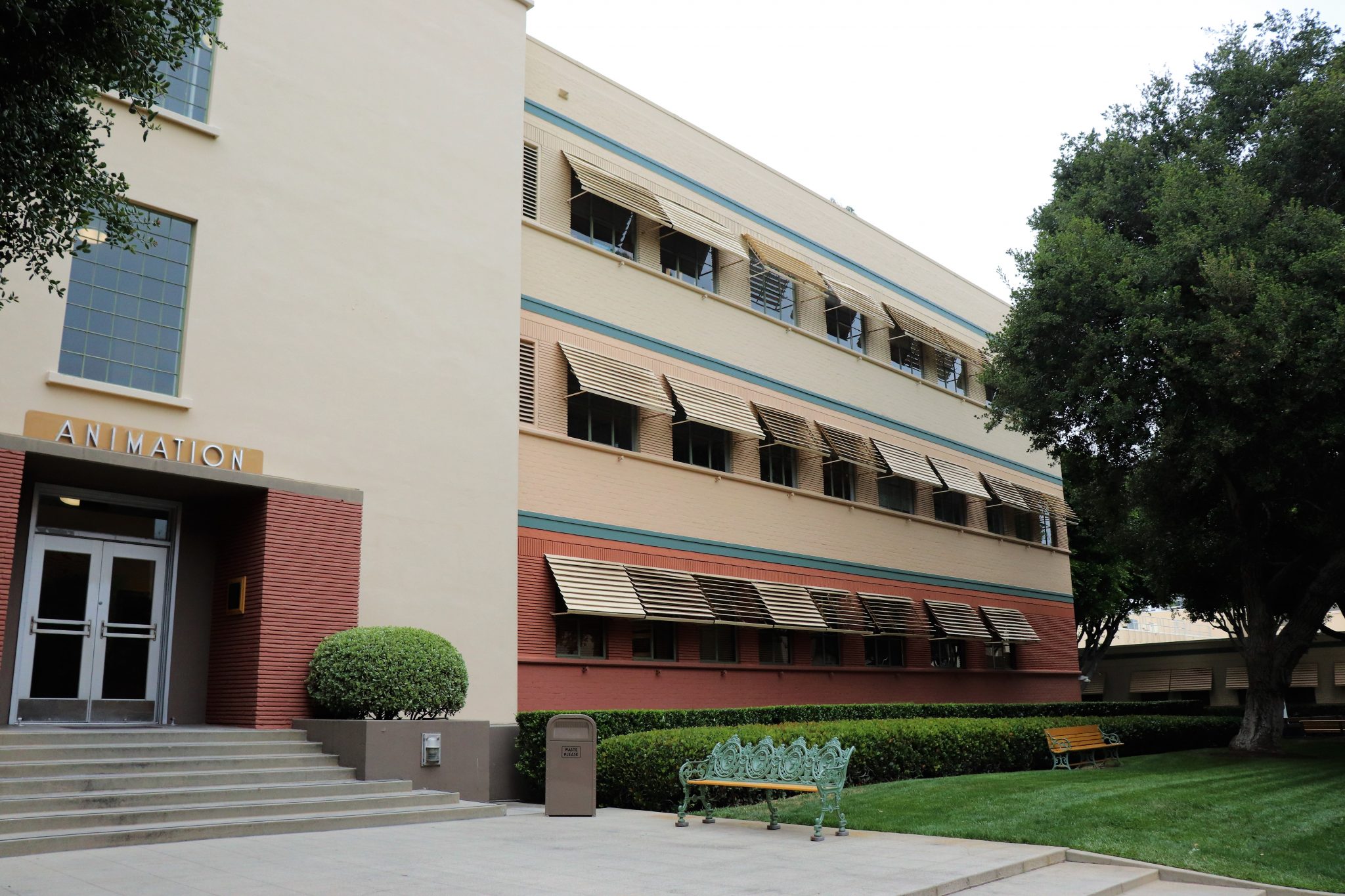 We got to go inside the Animation Building and walk through the halls while Susan told us about what was hanging on the walls. There were many different items relating to animation, including concept art, different cels, and other drawings/paintings. 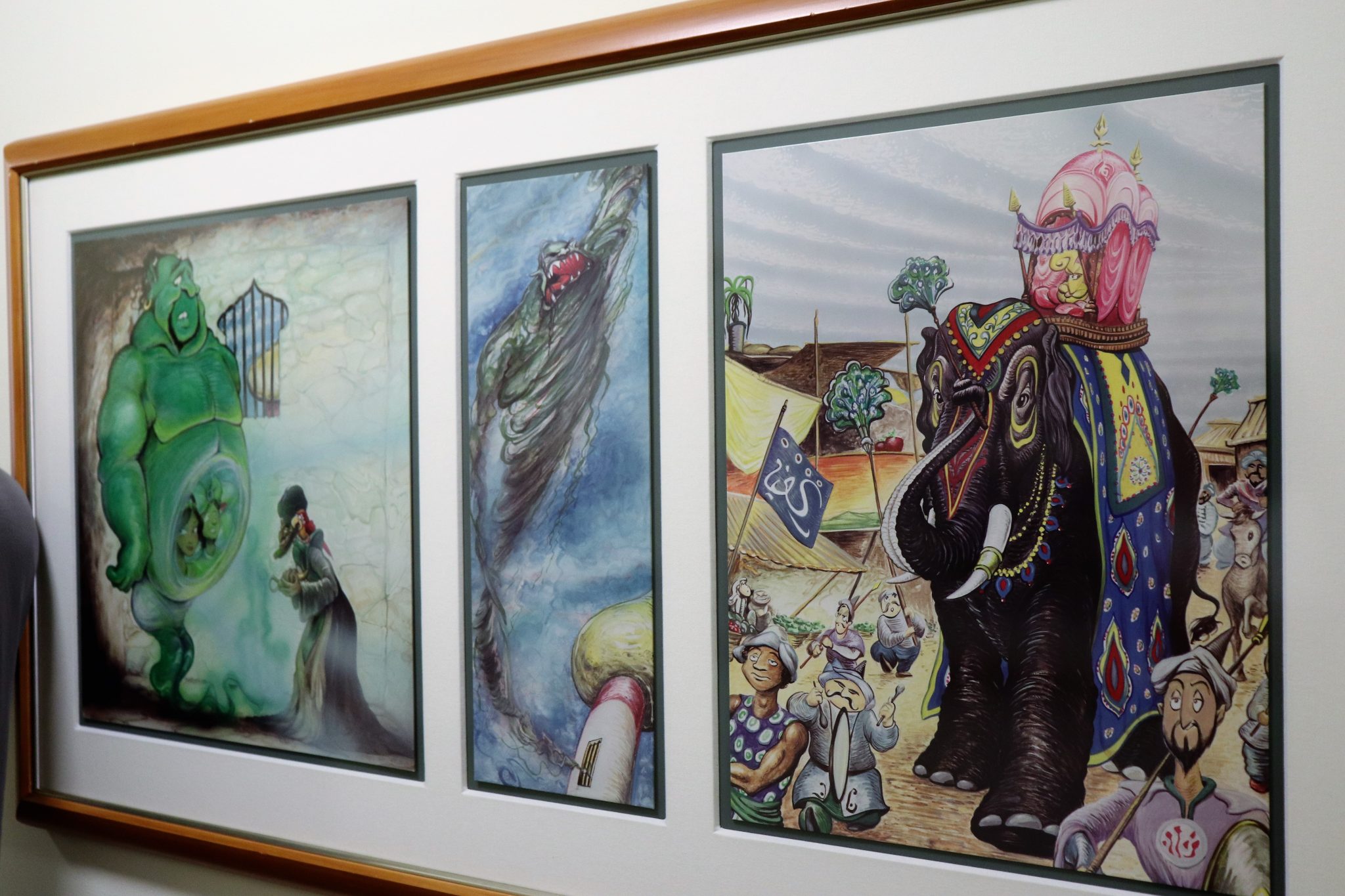 Our next stop was the Legends Plaza. Disney honors people who have made a specific impact to the company with a Legends award, and at the Studios this courtyard area was made to honor them. Plaques hang all around the names of those who have been honored – and handprints of the ones who were alive when the award was received, or a picture of the award for those who had passed. There is a Disney partners statue, Roy and Minnie on the bench, and a statue of the Legends Award. 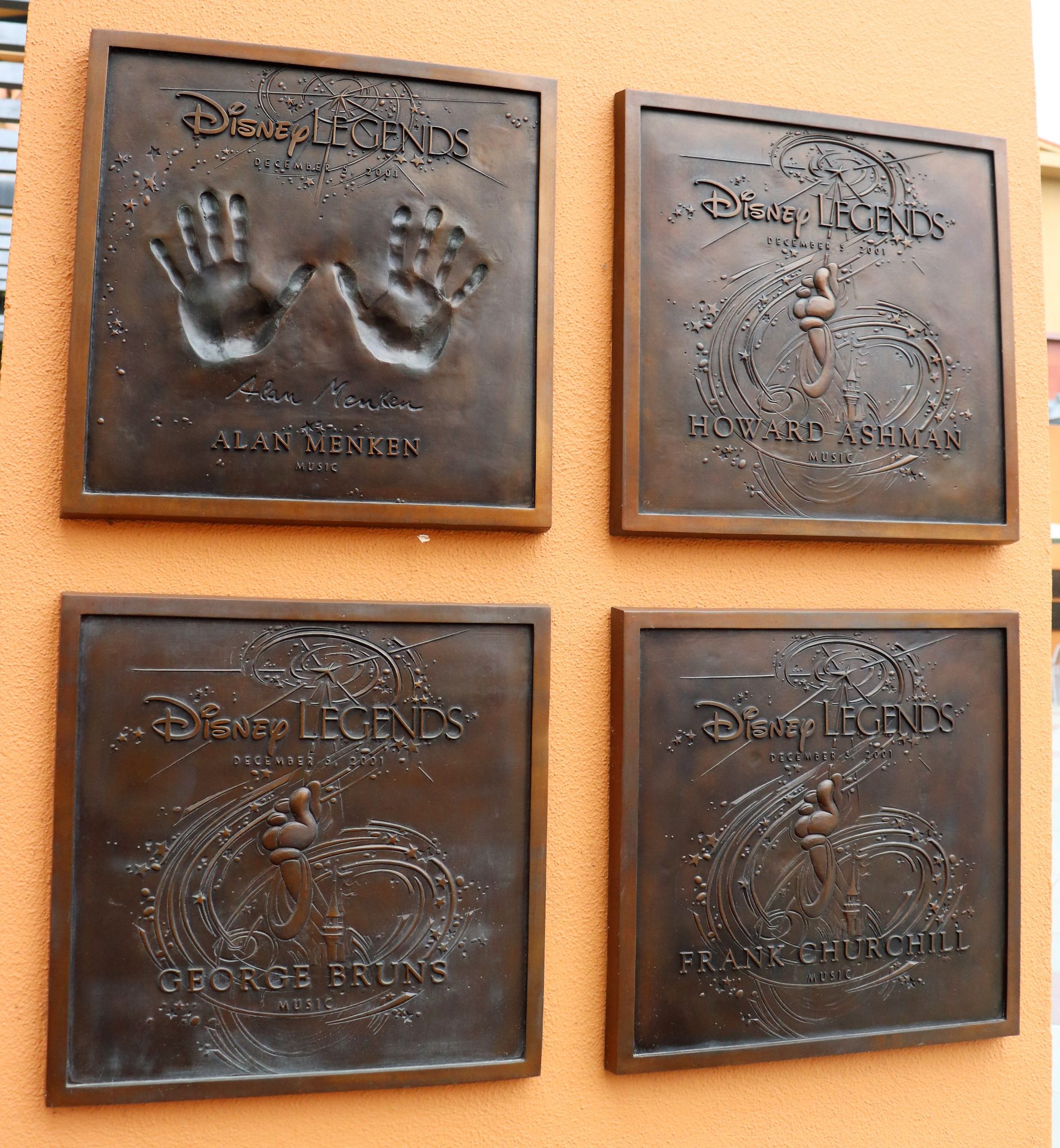 All of this is outside the “Snow White building,” which has the 7 dwarfs holding up the top. This is to symbolize how the Snow White film is the foundation of the company and what really launched them to success. It houses offices of the most important people, including CEO Bob Iger. 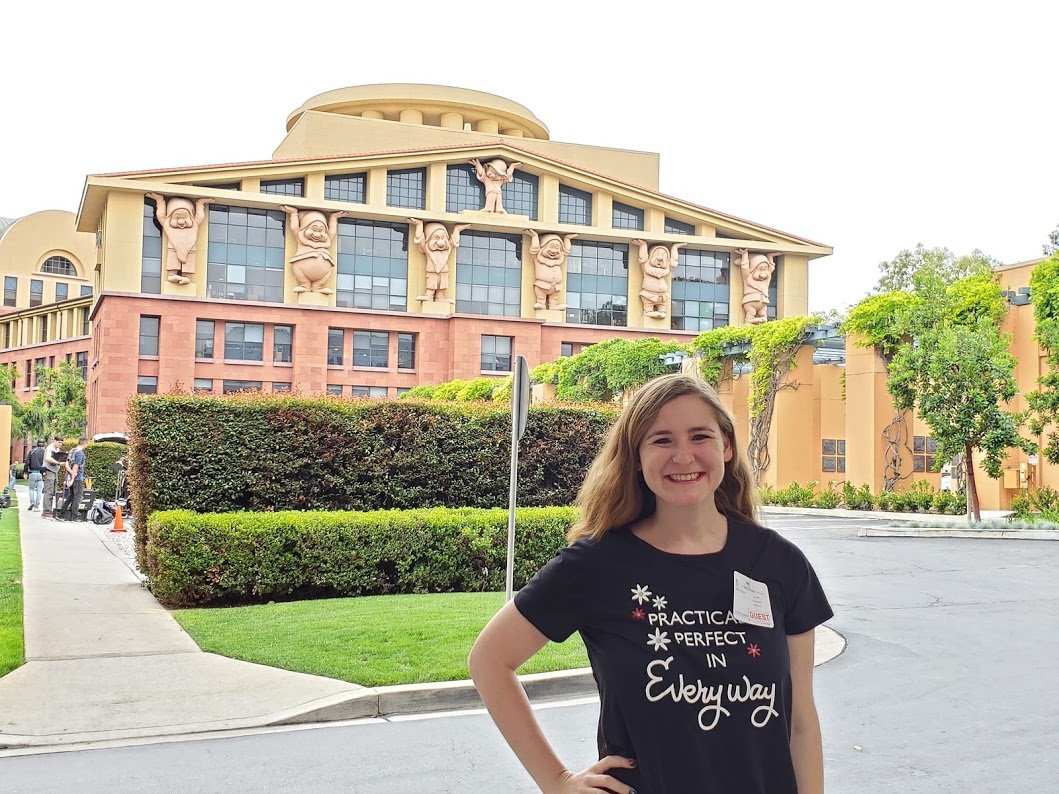 Then it was on to my favorite part of the tour: The Walt Disney Archives! The archives are kind of like the library/museum of the Disney Company. They began when Dave Smith realized people at the Studios were just getting rid of things that had real cultural significance – like throwing away the snowglobe from the Feed the Birds scene in Mary Poppins. Today there are 24 people who work there and they determine which items from films need to be saved and preserved. They also keep track of any papers/writings related to Disney, and they own a copy of every book that’s ever been written by or about the Disney company. As a librarian who is a Disney lover – this was my dream! 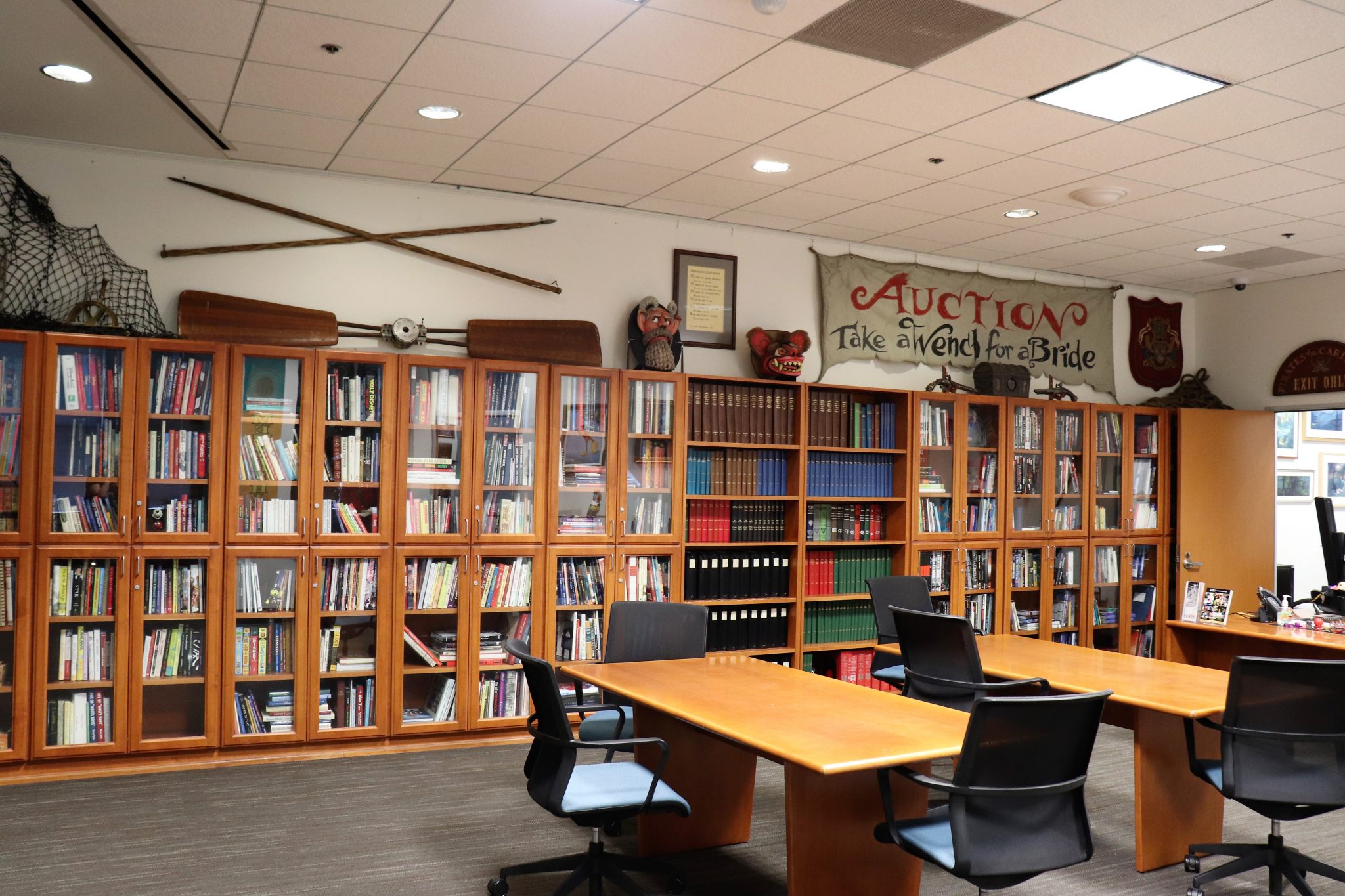 The part that we had access to had a display of different items, which we were told change occasionally based around a theme. The current theme was Adventure – so out for viewing included the old Red Head animatronic from Pirates of the Caribbean, items from the Adventurer’s Club, a number of different tiki mugs, an original script from The Jungle Book, and much more along those lines. 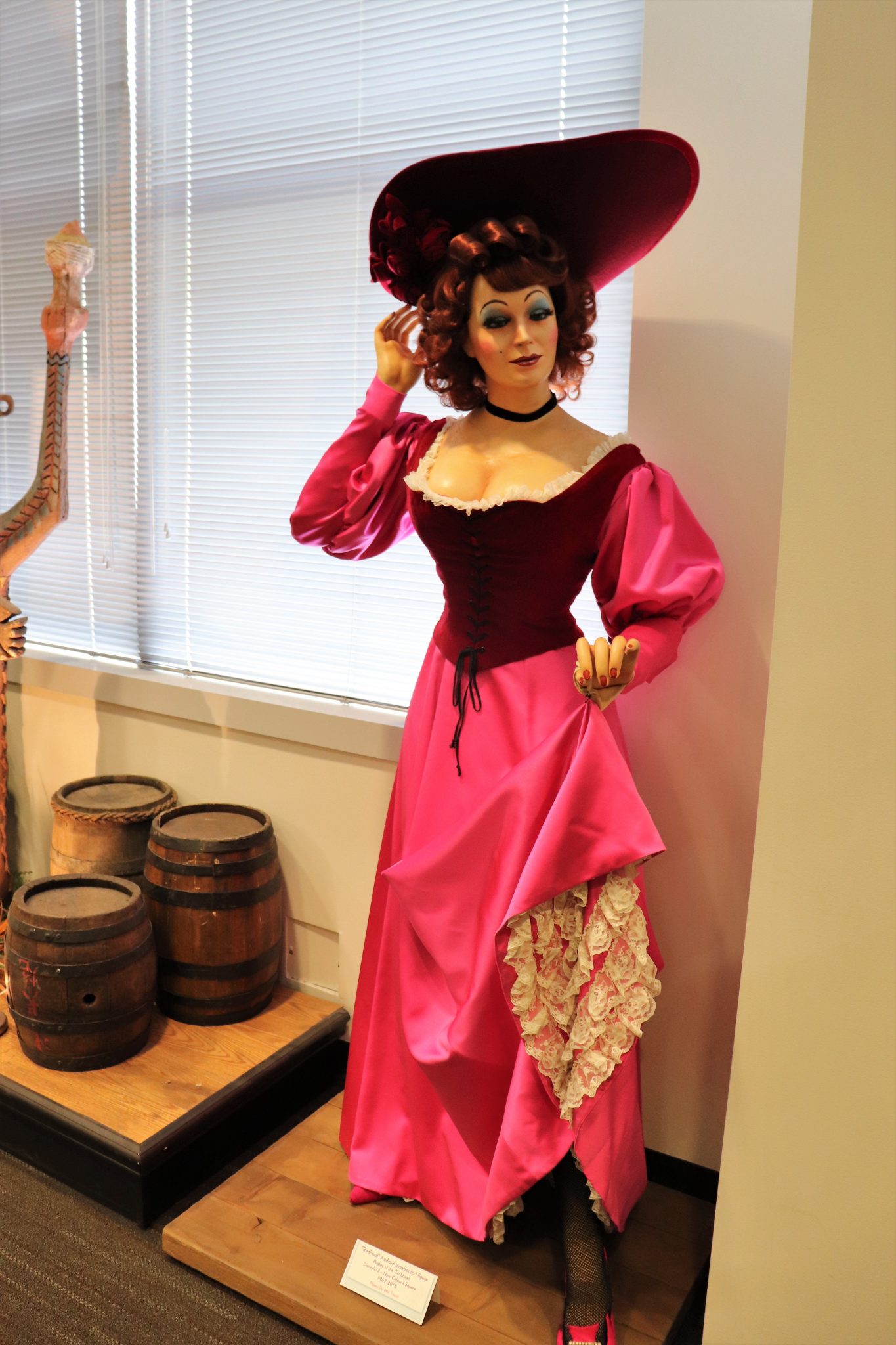 There was also a wall completely covered in bookcases, which we were told had just a small part of the book collection they have there. Basically this is what I want my house to look like! Disney books and items everywhere! (I don’t think Jason will agree). 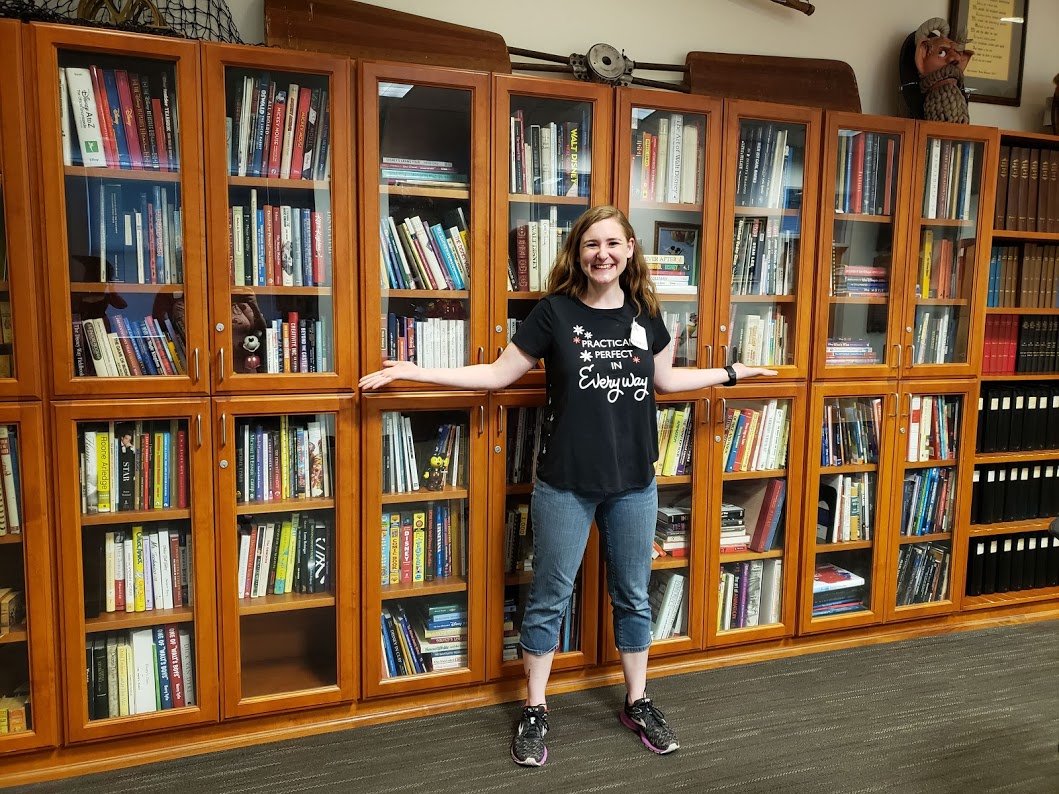 One special item was brought out for us to observe and hold – one of Walt’s original Oscars. Walt Disney holds the record for most Oscars at 32, and he’ll probably keep that record for a long time since the next one is at 11.  This one was an Oscar won for Best Documentary feature for the film White Wilderness. We actually had the chance to hold one of Walt’s Oscars and take a picture with it! 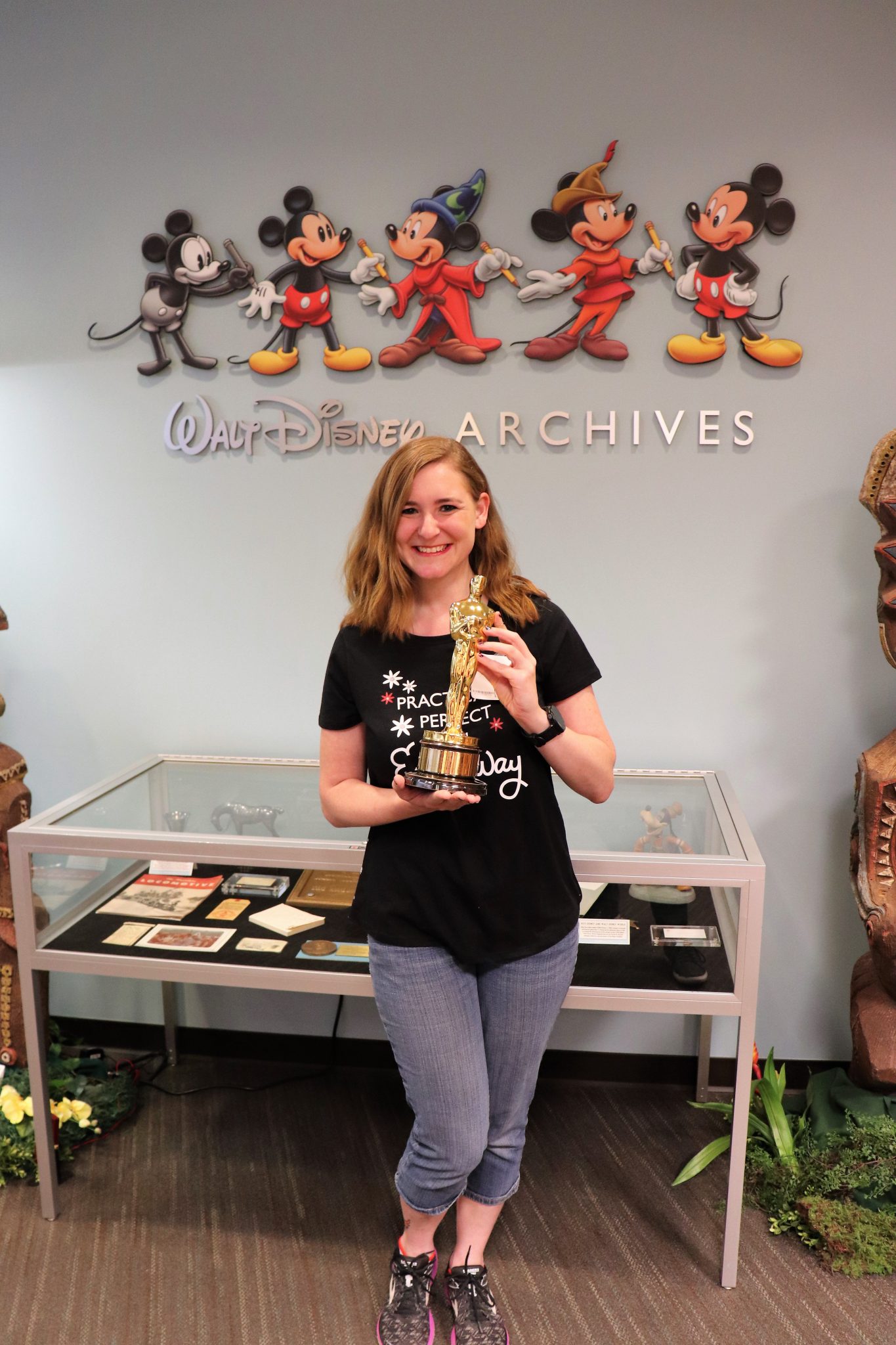 Another exciting item we got to see was the original Multiplane Camera which was used to film Snow White and the 7 Dwarfs. This camera was a unique invention by the Disney company and a pretty remarkable device. It was fascinating to see it in person. 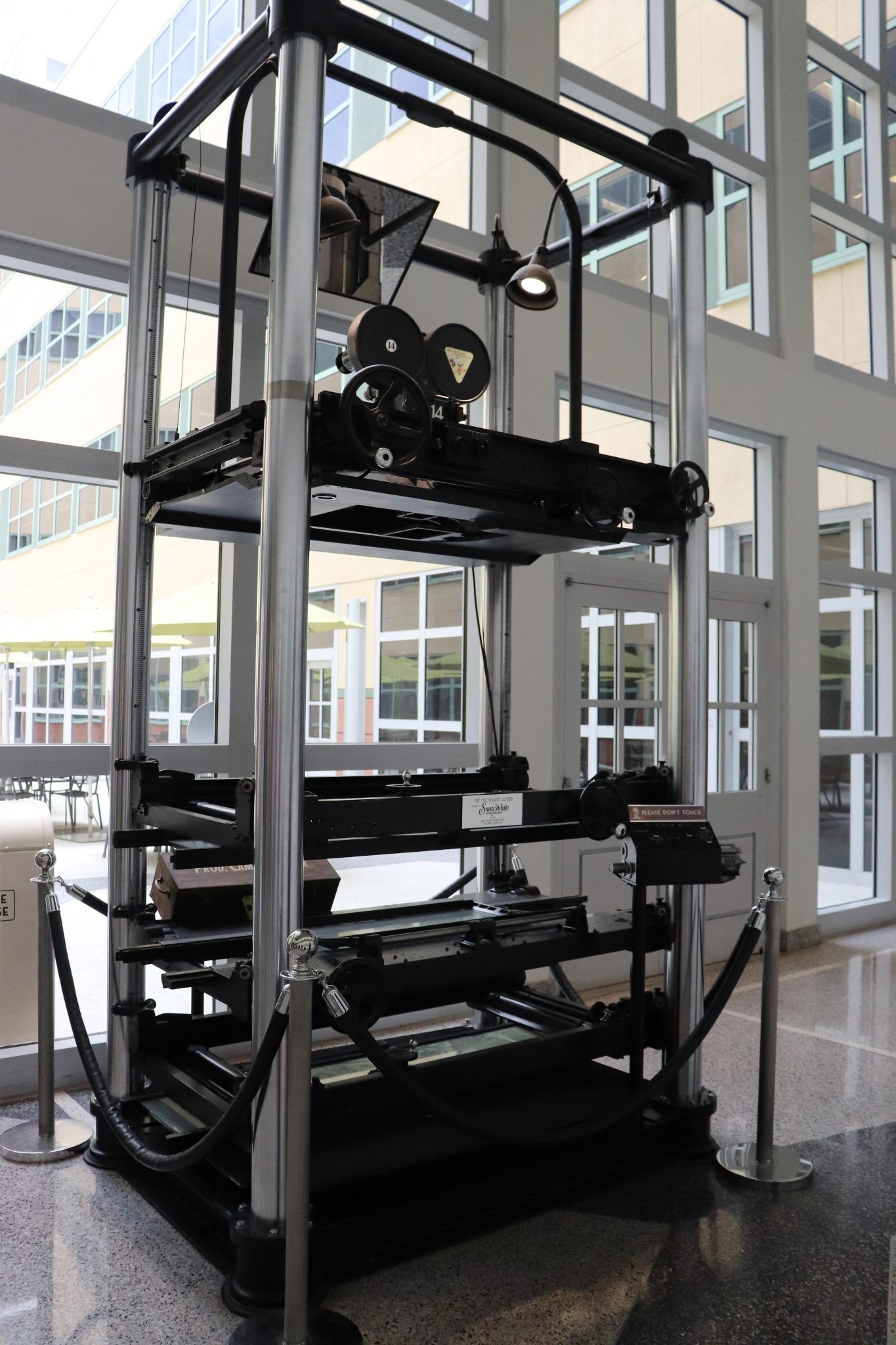 We finished our tour at one important stop – the Disney Studio Store! This is a Disney Store, and has many of the typical Disney Store items that you might see in any mall, but it has a small selection of Walt Disney Studios merchandise which is only available there. I, of course, bought a mug.  As part of the tour they also gave each of us a pin, and we received a 20% off coupon for the store.

This was definitely a special, unique experience and I’m so glad I got to do it. I learned a lot about the company I didn’t know, which is pretty great since I read a lot and know a lot already! I could basically go live in the Disney Archives if they would let me.  If you ever get the chance to save up your Disney Movie Reward points and redeem this, I highly recommend it! 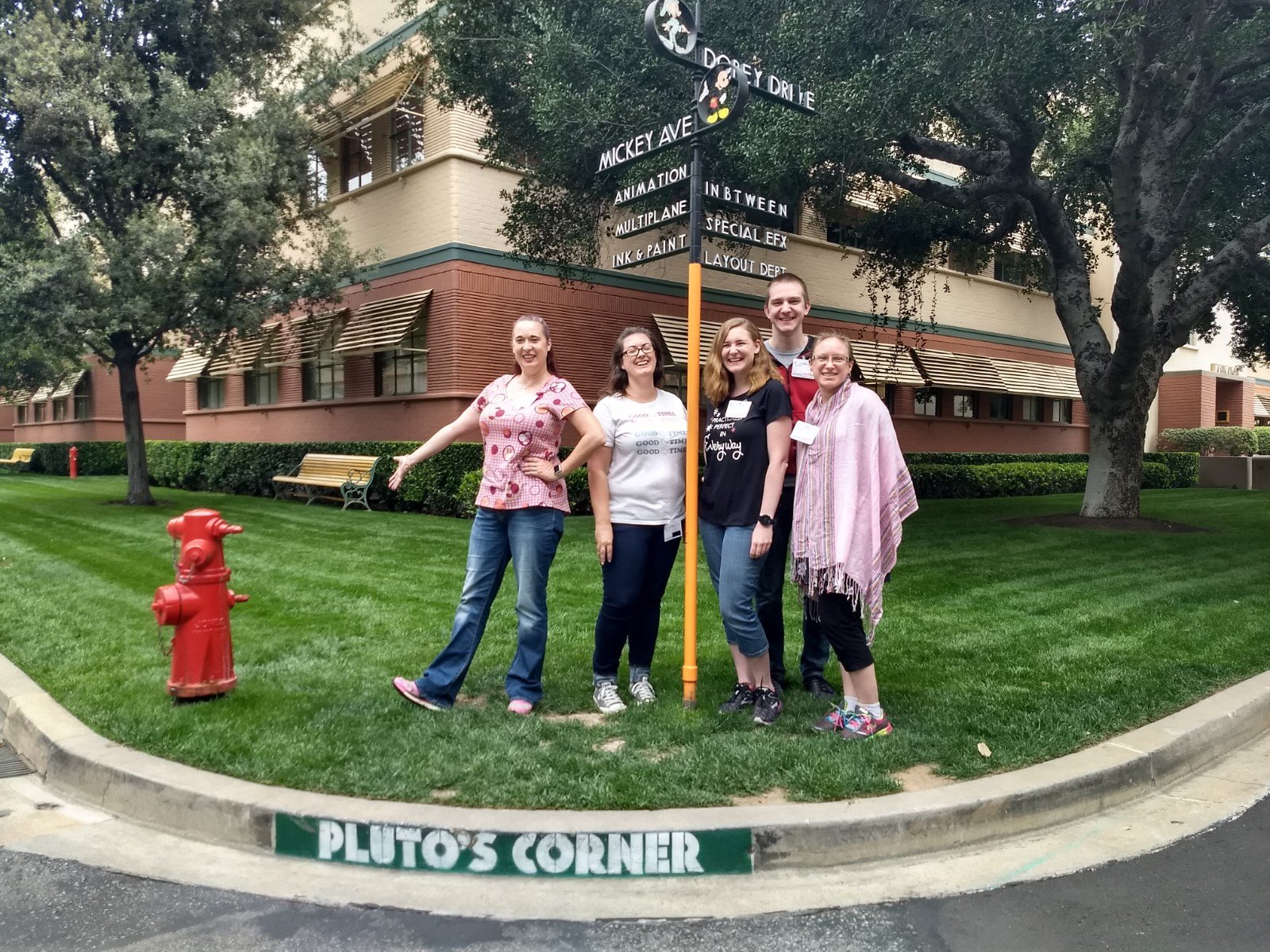 Which part of the Walt Disney Studios Tour sounds the most exciting to you?