You are here: Home / Disney Movies and TV / Upcoming Disney movies in 2016 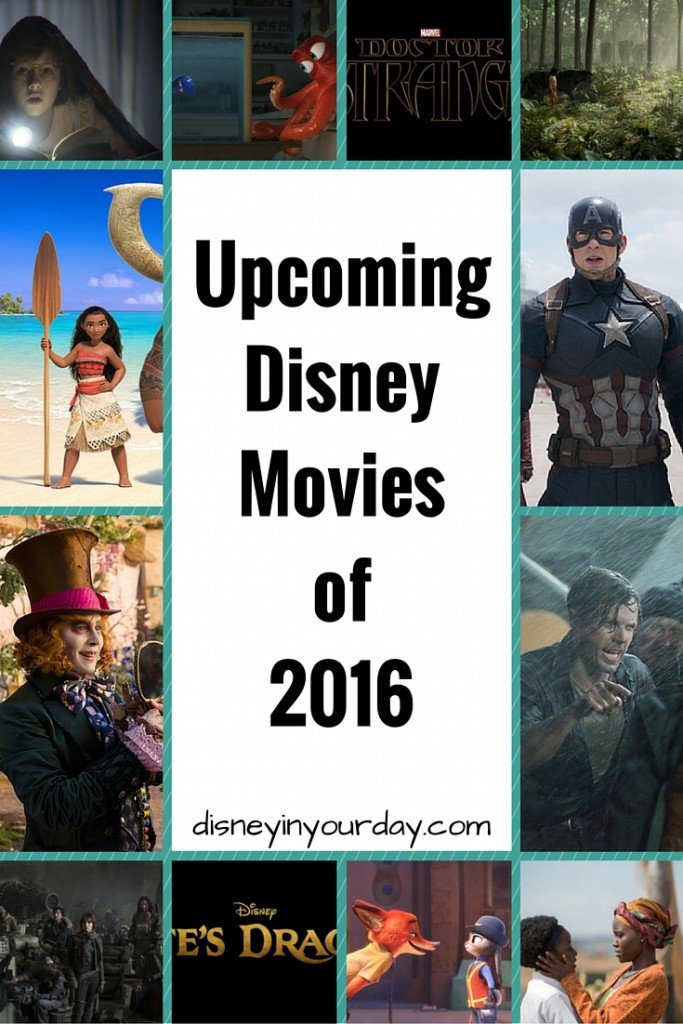 There are some new Disney movies coming out this year that I’m pretty excited for!  We’ve got two animated films from Disney Studios, one Pixar movie, a Marvel film, a couple of live action re-makes, and more.

It’s interesting to see how many upcoming Disney movies this year are some sort of remake or sequel, and it also makes me wonder what Disney has in store for the future.  Will we see even more sequels (Frozen 2 anyone?).

On the flip side, there are some really new and original concepts as well.  Zootopia in particular is intriguing, with the world run by human-like animals.  Moana is another new concept I’m really looking forward to.  Do you prefer the familiar favorites or would you like to see something totally new? 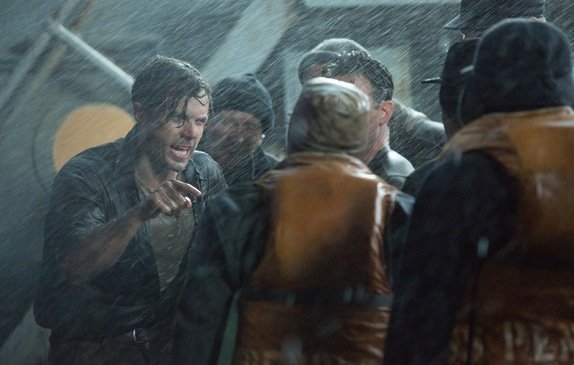 “Chris Pine stars as Captain Bernie Webber in Disney’s THE FINEST HOURS, the heroic action-thriller presented in Digital 3D (TM) and IMAX (c) 3D based on the extraordinary true story of the most daring rescue mission in the history of the Coast Guard.”

It sounds like an interesting movie, but mostly I want to see this one because of Chris Pine.  Any chance I have to watch him for 2-3 hours, I’m all over that.

Disney animation is usually my favorite, but I’m not sure what to make of this.  I’m willing to give it a fair chance though! 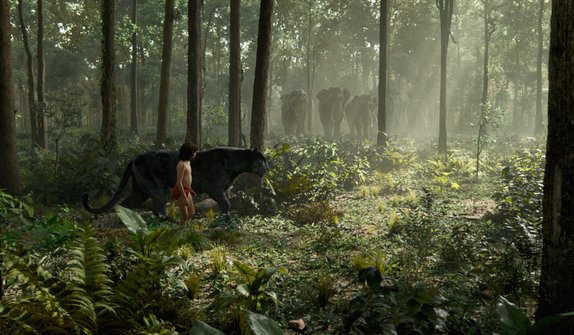 I loved the remake of Cinderella.  But didn’t enjoy Maleficent at all.  What will The Jungle Book be like?  The fact that it’s a live movie but almost all animals has me a little concerned.  But the voice cast they’ve got is great, so we’ll see.

Out of all the Marvel superheroes, Captain America is my favorite.  But the second one was pretty dark and violent for me.  I’m very curious to see where the Marvel storyline is going regarding their Civil War, so I’m very much looking forward to this. 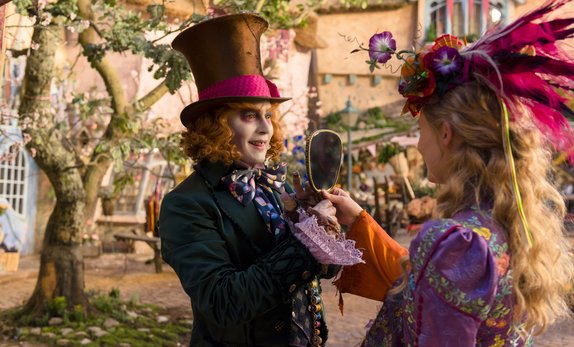 “Alice (Mia Wasikowska) returns to the whimsical world of Underland and travels back in time to save the Mad Hatter (Johnny Depp) in Disney’s ALICE THROUGH THE LOOKING GLASS, an all-new adventure featuring the unforgettable characters from Lewis Carroll’s beloved stories.”

I will admit that I actually never saw the first one of these with Johnny Depp (bad Disney fan!).  So before I see this one I will probably have to watch the older one.  Obviously since I haven’t seen it I don’t have a ton of interest in it, which should tell you my stance on this new one. 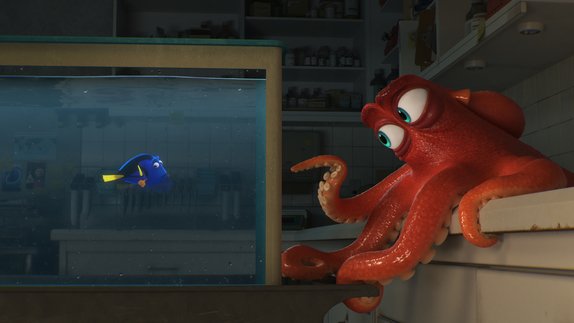 I’m pretty excited for this one.  Pixar has shown that they can do justice to a sequel with Toy Story, so hopefully Finding Nemo get the same treatment.  I loved the original and I loved Ellen DeGeneres, so I’m expecting good things. 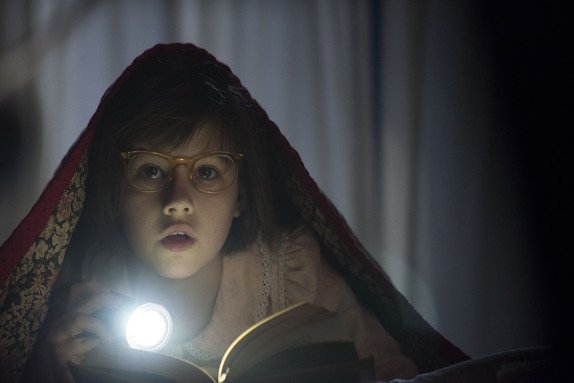 “THE BFG, directed by Steven Spielberg based on the beloved novel by Roald Dahl, is the exciting tale of a young London girl (Ruby Barnhill) and the mysterious Giant (Mark Rylance) who introduces her to the wonders and perils of Giant Country.”

I actually haven’t heard too many details on this one yet!  Great book though! 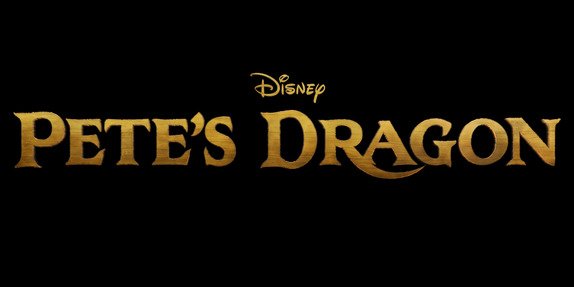 I was a little surprised to hear they were doing a remake of this.  I’m curious to see how it turns out! 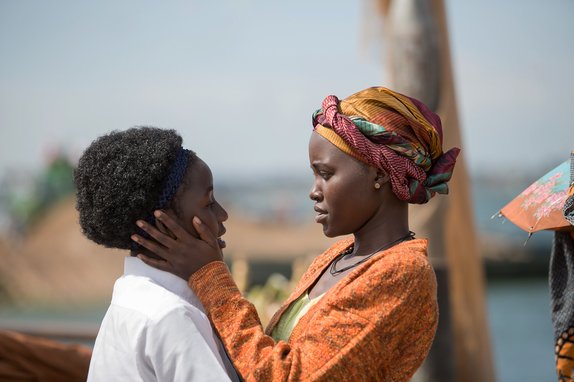 This one hasn’t been on my radar.  Apparently it’s about a Ugandan chess prodigy.  Could be good but I haven’t heard enough about it to say much. 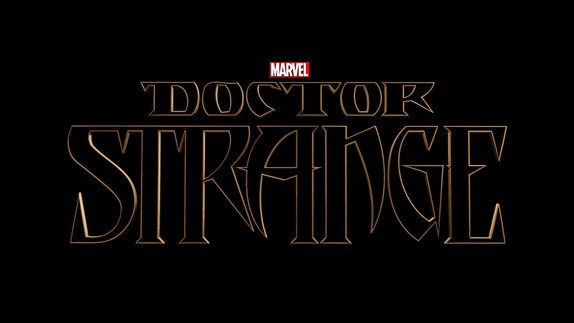 This one seems like it has a lot going for it – another Marvel film, Benedict Cumberbatch, and a cool sounding story.

“In “Moana,” Walt Disney Animation Studios’ upcoming big-screen adventure, a spirited teenager named Moana (left) sails out on a daring mission to prove herself a master wayfinder. Along the way, she meets once-mighty demi-god Maui (right). Featuring Native Hawaiian newcomer Auli’i Cravalho as the voice of Moana, and Dwayne Johnson as the voice of Maui, “Moana” sails into U.S. theaters on Nov. 23, 2016.”

This is my most anticipated movie of the year.  It sounds exciting, I’m all for another strong female character, and it looks like it will be beautiful.  Can’t wait. 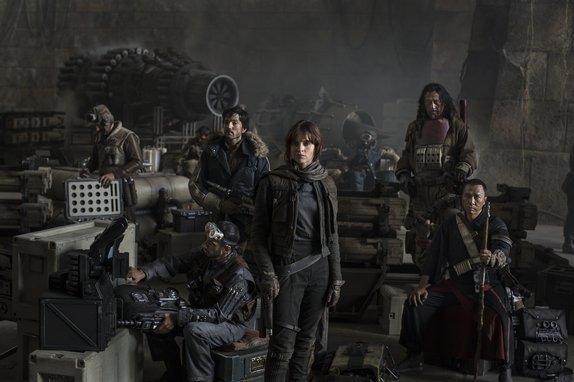 Even though we have to wait until 2017 to continue the main Star Wars story, we get this “in between” one to hold the interest of Star Wars fans and to explore that universe a little bit more.

Which movies are you most looking forward to this year?