You are here: Home / Disney World / Top 10 things for adults at Mickey’s Not So Scary Halloween Party

One of the best parts about Mickey’s Not So Scary Halloween Party is that you can experience Halloween like a kid again.  There’s plenty for adults at Mickey’s Not So Scary Halloween Party! This special event that happens on select nights in September and October in the Magic Kingdom has tons of festive events and things to do.  Tickets cost extra, but it’s an entertaining night of fun!  While attending a Disney Halloween Party might sound like something just for kids, it’s a ton of fun for adults as well.  Jason and I went on our past trip and found plenty to enjoy!

Here are the top 10 things for adults at Mickey’s Not So Scary Halloween party: 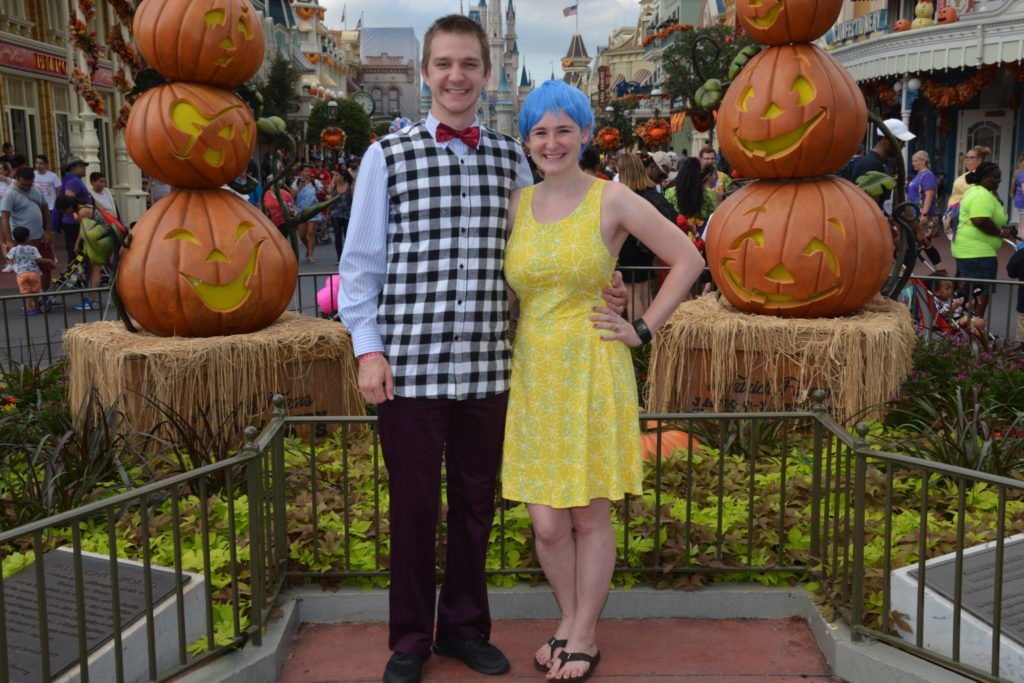 Normally in Disney parks adults are not allowed to wear costumes.  So while you’ll see kids dressed up as princesses, superheros, and other Disney characters, adults cannot (they don’t want kids to get confused between the “real” Disney characters you can meet and a guest dressed up).  However, all that changes on Halloween when people of any age are invited to wear their Halloween costumes into the Magic Kingdom!  Jason and I attended the party dressed as Joy and Fear from Inside Out.  Another young girl we ran into was also dressed as Joy, and she was so excited to meet another one! 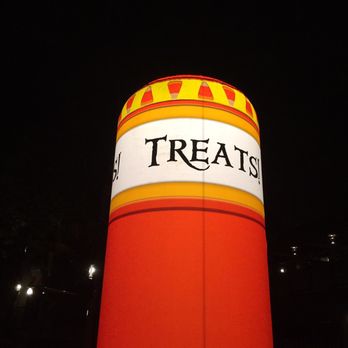 Something else that normally only kids can enjoy?  Trick-or-treating.  But hey, adults like candy too!  You know it would be frowned upon to try and hit up your neighbors for candy on Halloween, but in Disney they are happy to hand it out to you no matter what your age.  There are many trick-or-treating locations and tons of candy to be had! 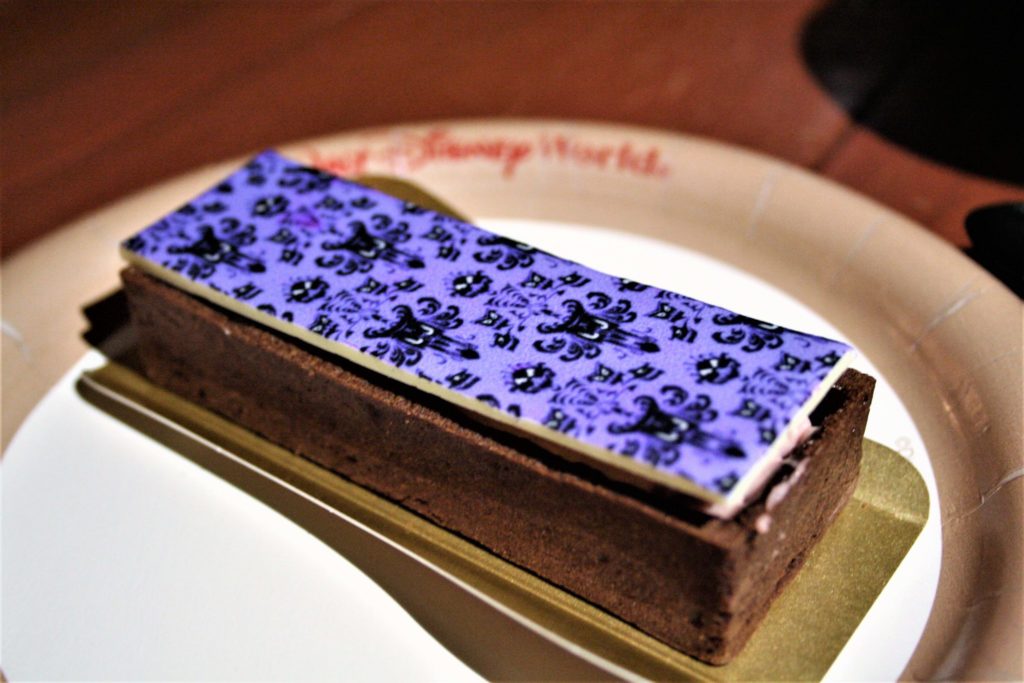 In addition to all of the free candy handed out, you can find other special treats only available during the Halloween Party.  Disney foodies will definitely want to try some of these.  This year it included 4 different Haunted Mansion themed desserts, a Jack Skellington cake pop, and pumpkin waffles topped with ice cream. 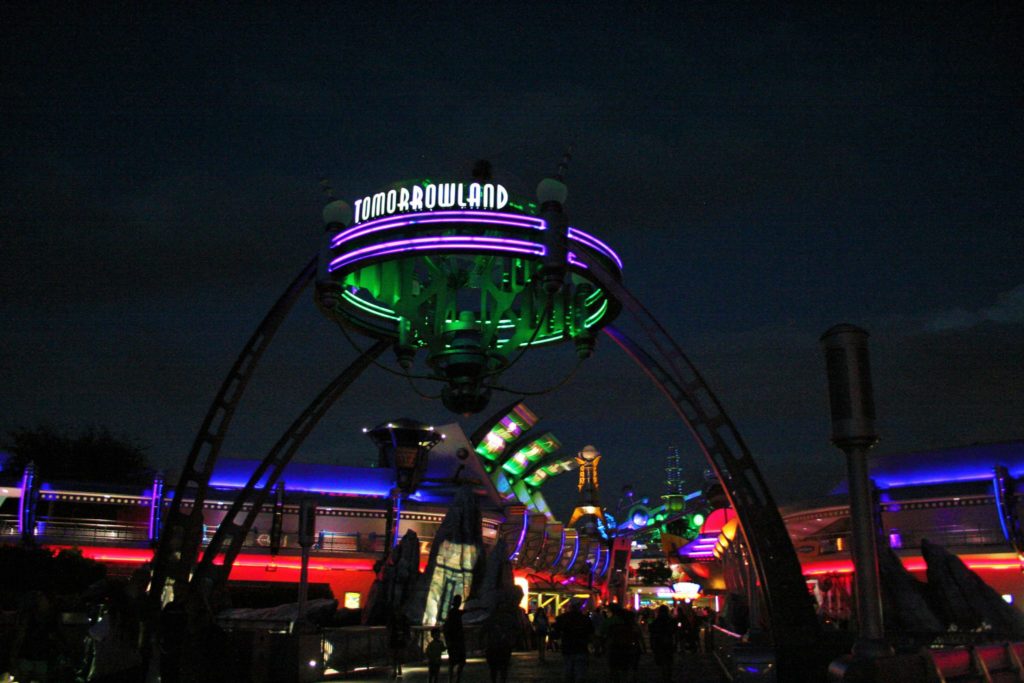 Are you more of a night owl?  Mickey’s Not So Scary Halloween Party goes until midnight, so you can enjoy the Magic Kingdom later that you might otherwise stay. 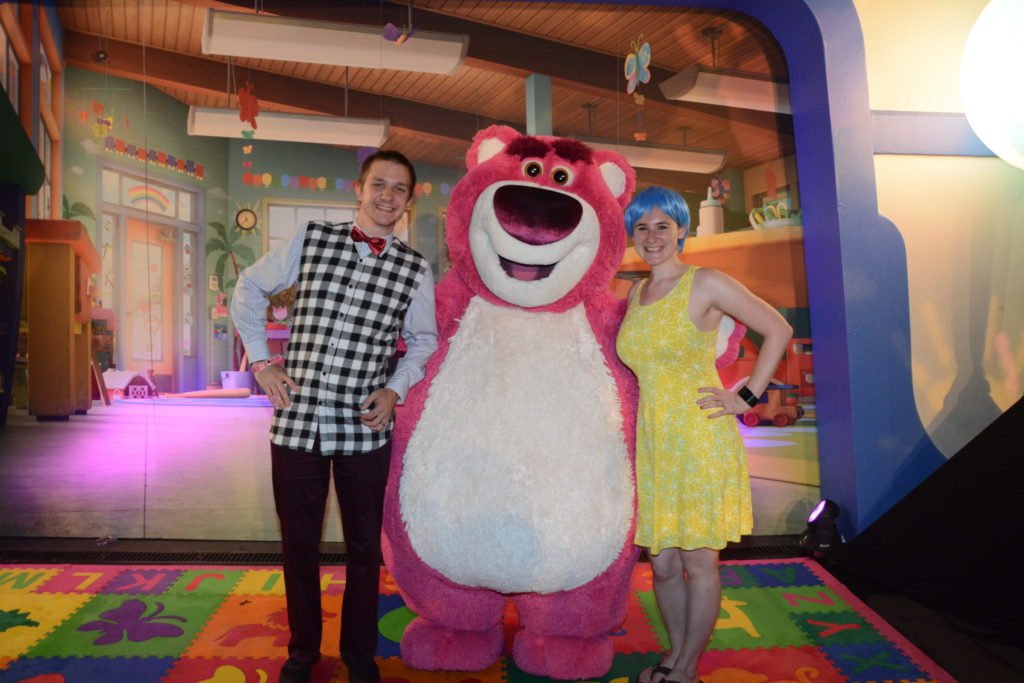 Character meet and greets aren’t just for kids, and the Halloween party is a great opportunity to meet some rare characters.  The 7 Dwarfs and Jack Skellington and Sally are always popular choices, but this year we also got the chance to meet Tarzan, Jane, and Terk, plus Lotso from Toy Story 3. 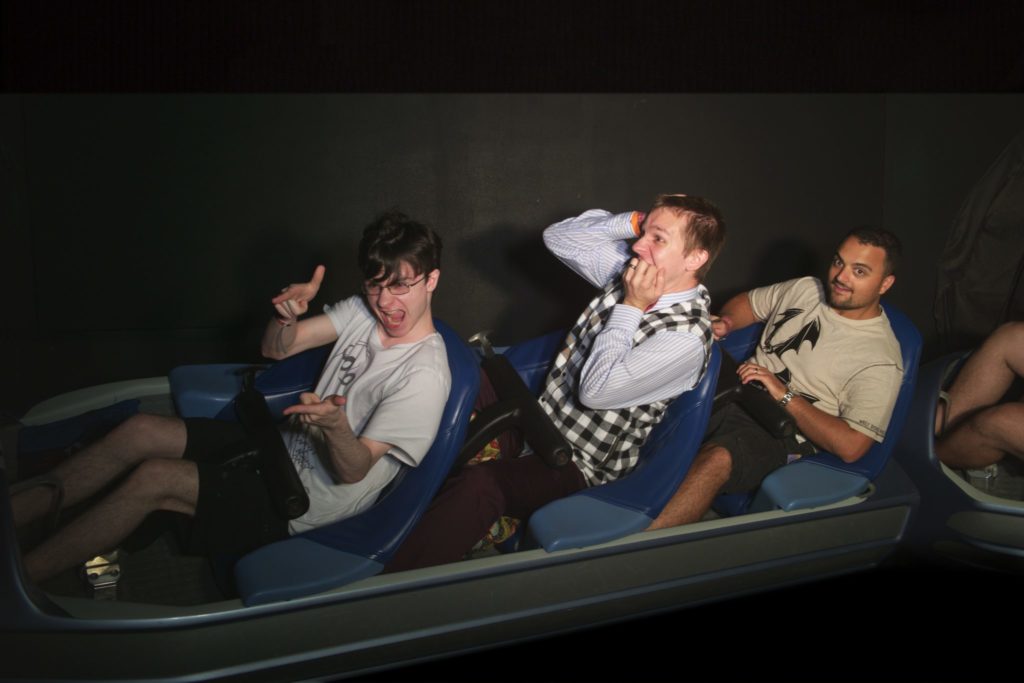 If you’re not so into meeting the characters, the Halloween Party is a great time to ride a ton of rides without much of a wait.  Most people are busy doing the characters or shows, so the waits are very short.  Almost everything was a 5 minute wait, including Space Mountain.  Even Peter Pan’s Flight was only up to about 20 minutes when we walked by it. 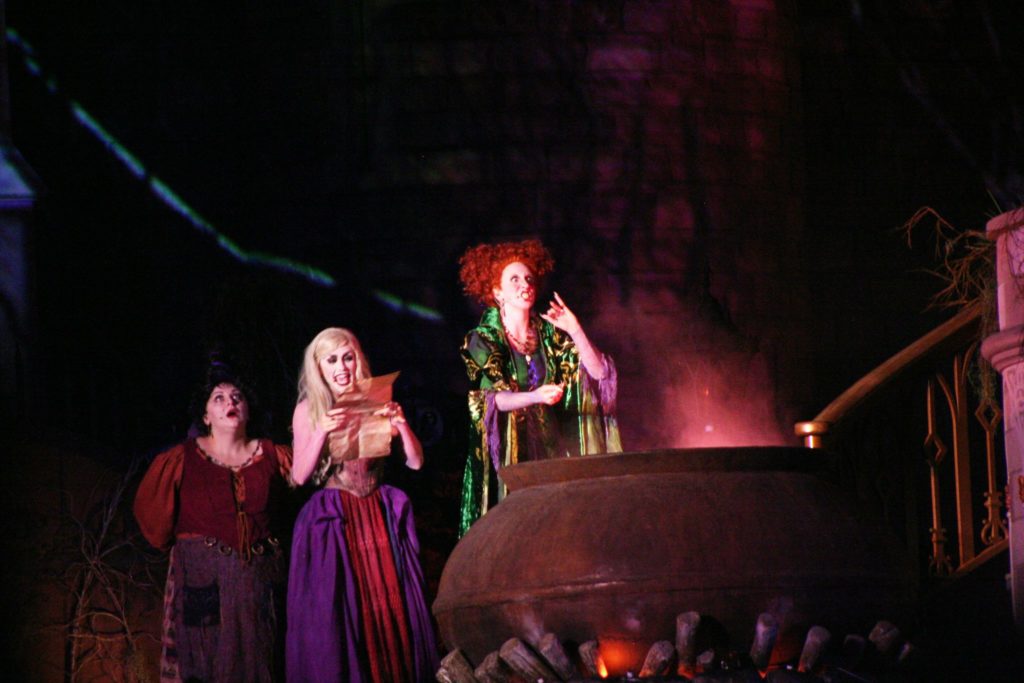 Do kids today even know what Hocus Pocus is?  It doesn’t really matter, as this show is clearly directed at the adult crowd who grew up watching Hocus Pocus at a cult favorite on Halloween.  The Sanderson Sisters make their appearance on the Cinderella Castle stage so you can relive your childhood of the early 90’s. 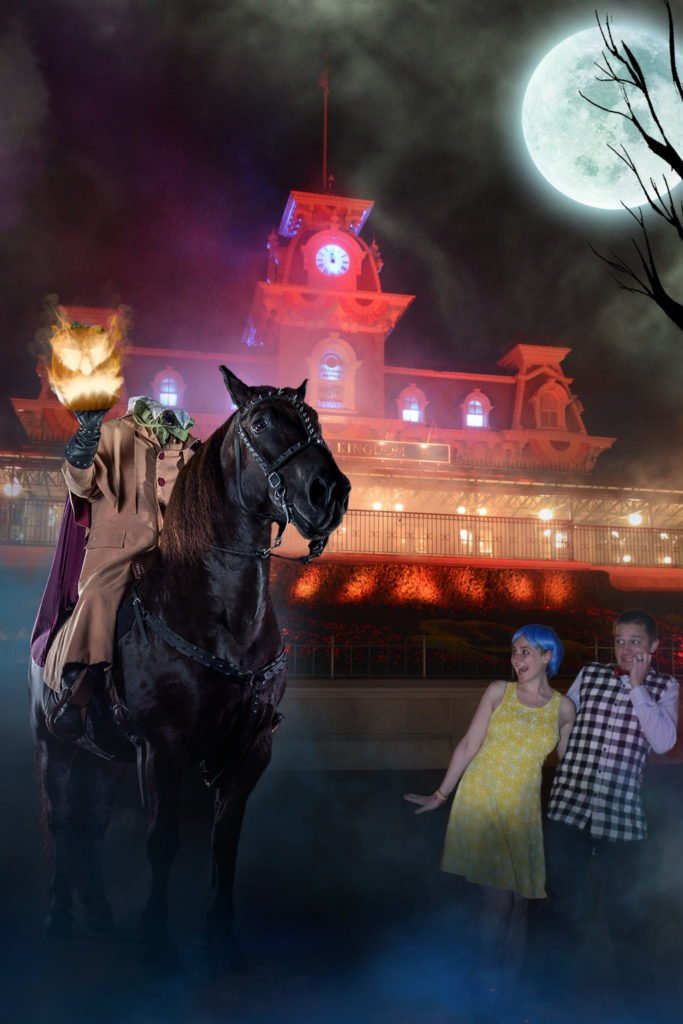 Want a really fun memento of your time at the Halloween Party?  Seek out photopass photographers who do special Magic shots!  Ghosts seem to be all over the place, but don’t be too scared – you won’t see them til you get your photos!  We visited three different locations (the front entrance, outside Haunted Mansion, and next to Pirates of the Caribbean) and got three different ghosts in our photos with us. 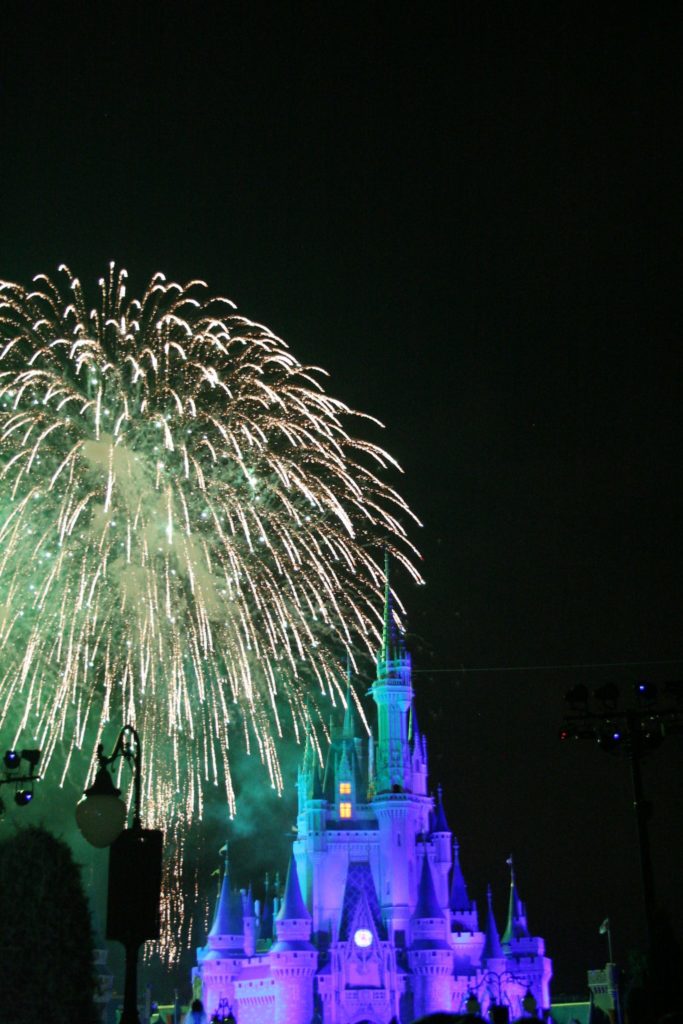 If you’re a fan of fireworks, you don’t want to miss Hallowishes.  This classic Halloween fireworks show isn’t loaded down with projections like the new fireworks shows.  It has a fantastic soundtrack with songs featuring the Disney villains and other haunting melodies, and a truly stunning display of fireworks in the sky. 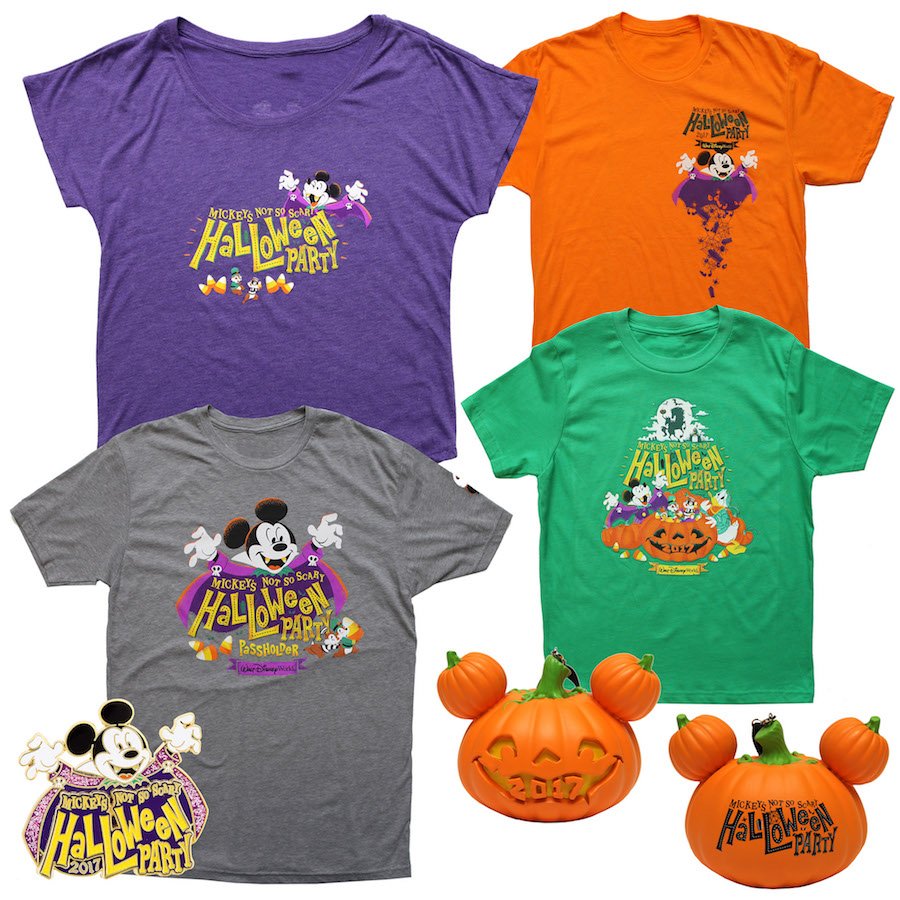 Like shopping?  As an adult you can choose to “treat yo’self” if you want to!  While there is lots of fun Disney Halloween merchandise available all the time, there’s also several items exclusive to the Halloween party, including shirts and pins.

Have you been to Mickey’s Not So Scary Halloween Party as an adult?  What’s your favorite thing to do?

For more Disney Halloween fun,
check out the other great posts from the Blogorail!