You are here: Home / Disney World / Top 10 snacks in Epcot

It seems like there’s almost always a festival going on in Epcot, and of course with a festival comes food booths! Usually when I’m in Epcot I’m spending my eating time visiting the food booths. But of course there are trips without a festival – which doesn’t mean there isn’t plenty to snack on!  In this post I wanted to share my top 10 Epcot snacks that are there all the time. It’s hard because there are so many good ones. Especially if you’re willing to try new things, the World Showcase is an amazing place to snack! 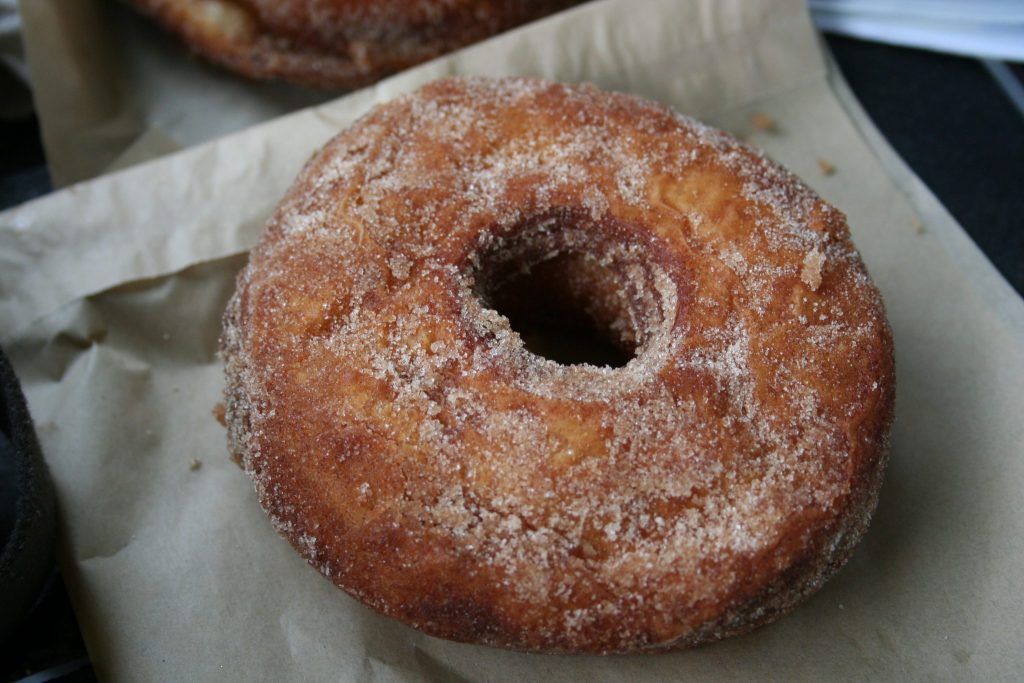 Mmm, the cronut – or as they have to call them in Disney, the croissant donut.  These are available throughout the year, though at certain times during the festival they also serve them with toppings and ice cream. 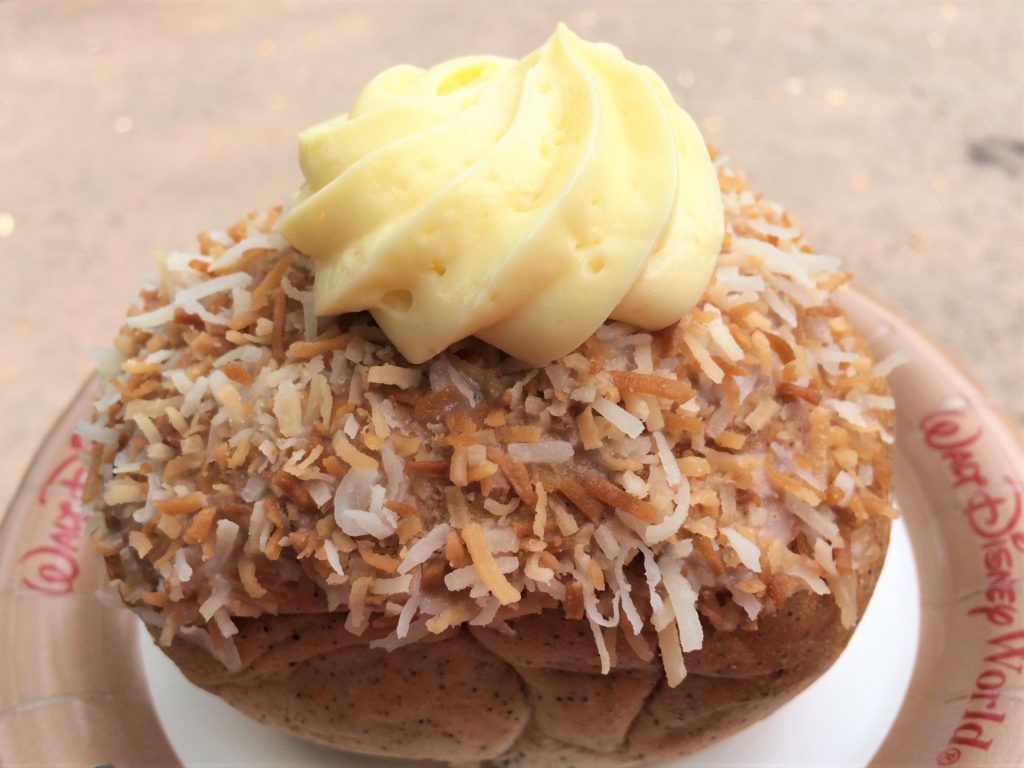 The School Bread in Norway has a lot of fans, but the flavors involved mean you probably love it or hate it. It’s a sweet bread filled with custard covered in toasted coconut. If you’re a coconut fan you have to try it! 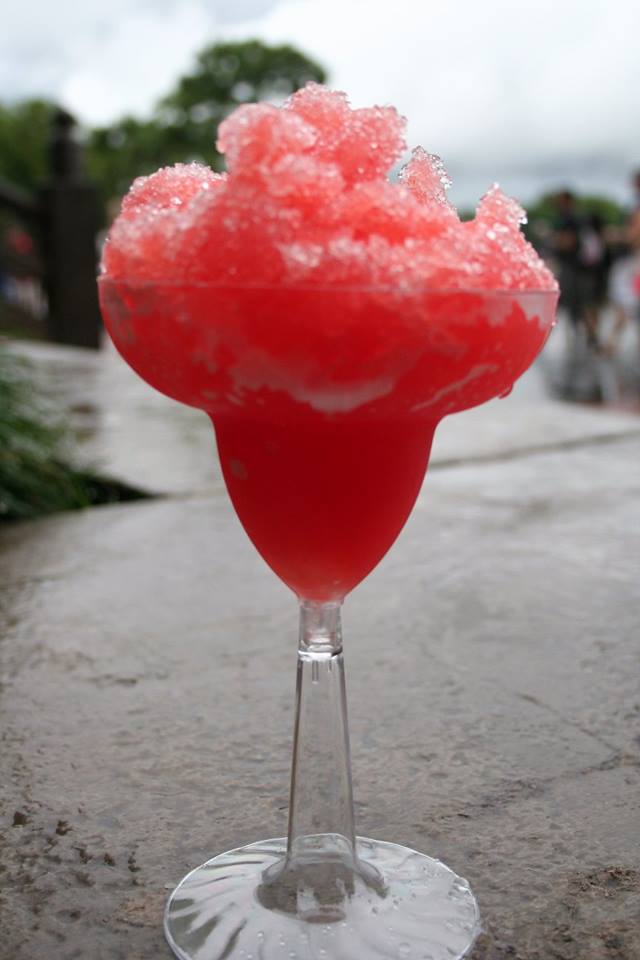 Better than your typical snow cone, kaki gori is delicious shaved ice that you can get with a variety of flavors. Adults may also want to try the sake mists, which is the kaki gori with a shot of sake poured in. Yum!

There are tons of amazing pastries and desserts at the bakery in Epcot’s France pavilion! They change them sometimes, and it’s hard to pick just one for this list, so just take a look at what they have and pick out what looks most appealing. 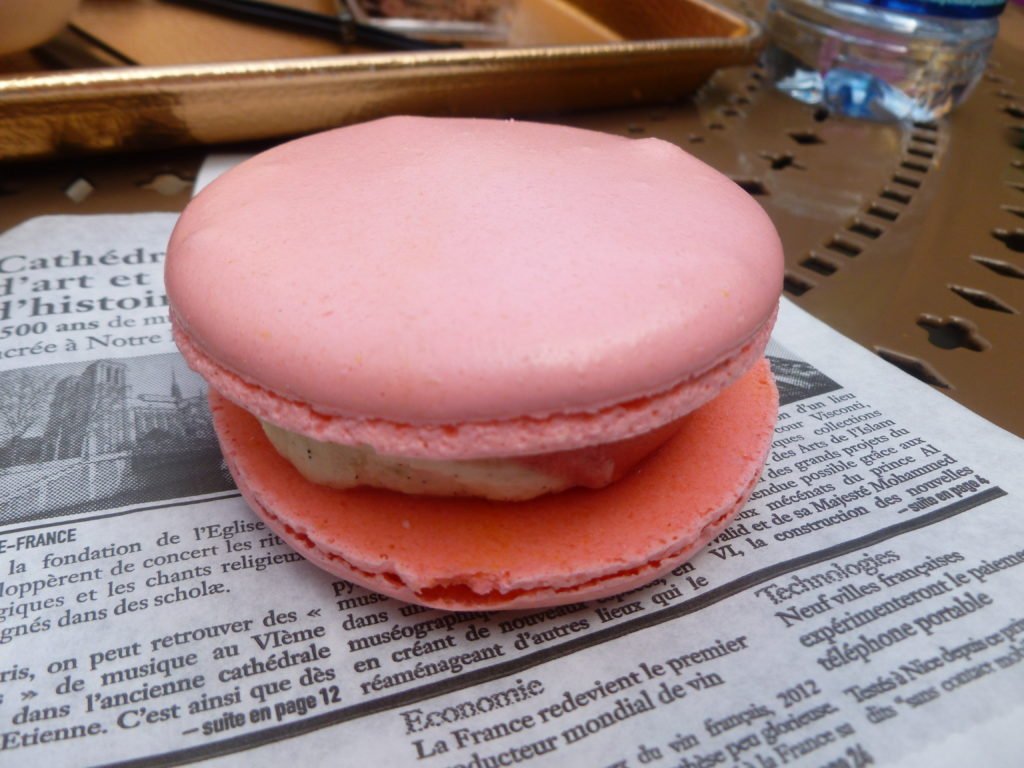 And I’m not talking about the pre-packaged ones from the ice cream stands (though those are good too). You can get the macaron ice cream cookie sandwich at the ice cream shop in France – the flavors tend to change throughout the year so check out what they have to offer! 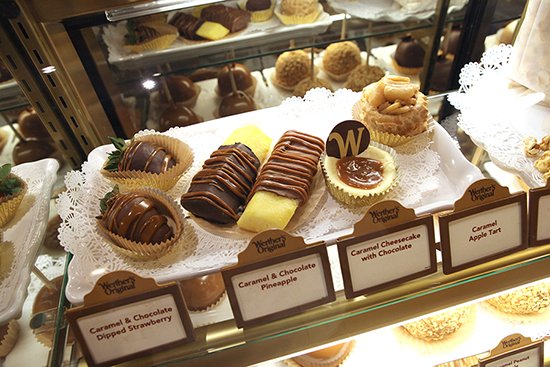 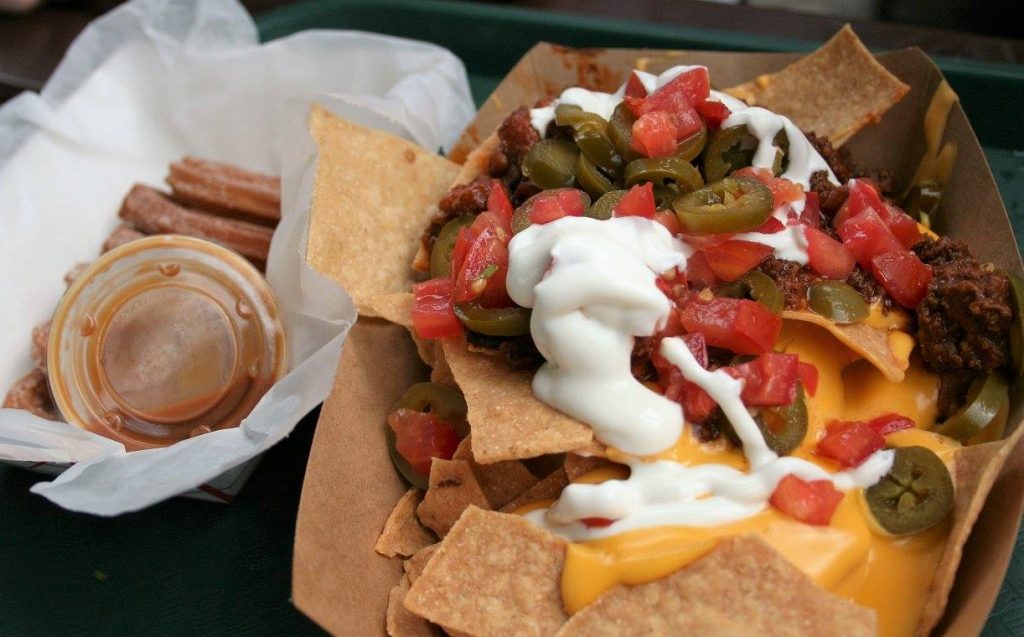 I’m a sucker for nachos, and they ones in Mexico are surprisingly good. Plenty of cheese and loaded with lots of “stuff,” they make a hearty snack or even a full meal. 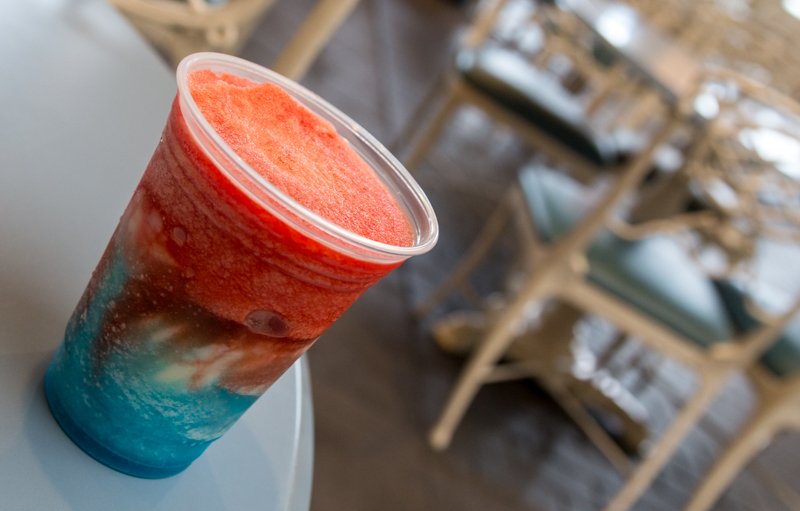 Found at the Fife and Drum Tavern, I’ll admit that I actually haven’t had this yet. It’s described as “Frozen Strawberry, Vanilla Ice Cream and Frozen Blue Raspberry Slushy.” I know people who love it, and doesn’t it look like it would be amazing on a hot summer day? This one is high on my list to try. 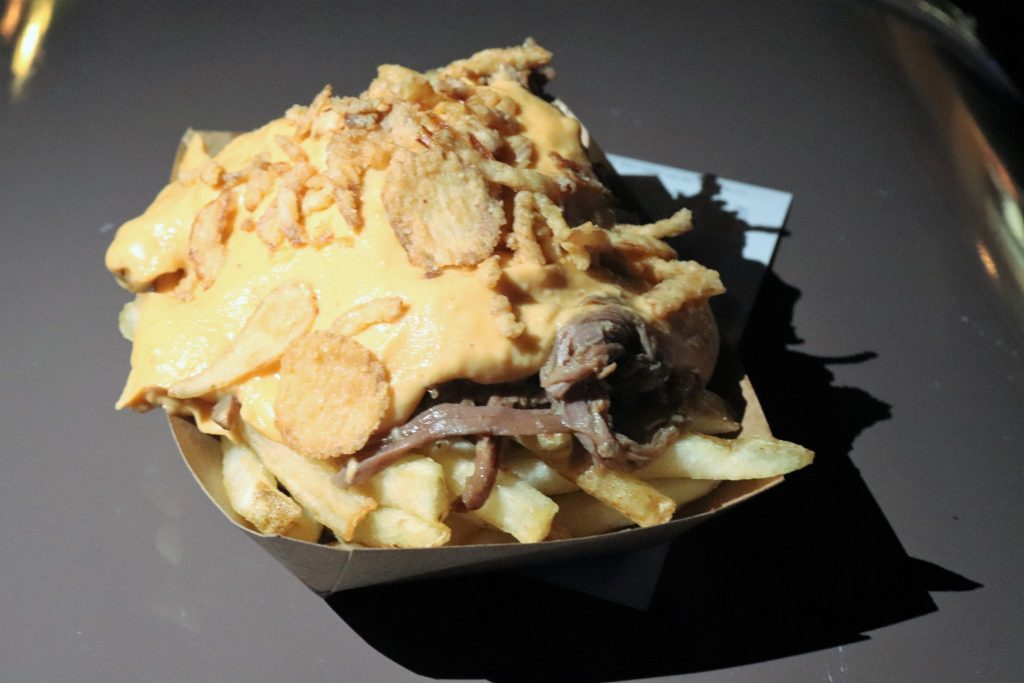 This is a great snack for sharing because it’s a pretty huge portion. Especially if you’re drinking around the world in Epcot, you might need something hearty to soak up the alcohol. At least after a good night at Food and Wine festival that’s when we enjoyed it. The poutine we had was with beer cheese and beef brisket, but they offer a regular poutine year round – plus other special ones with other festivals. 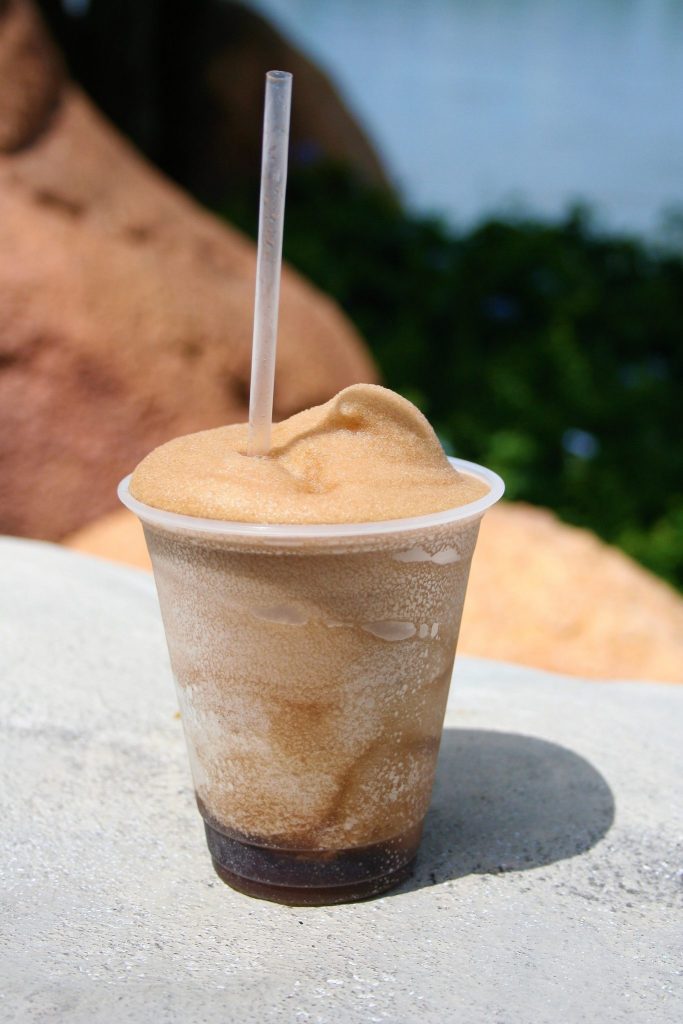 This is described as a Frozen Coca-Cola® and Amarula Cream Liqueur. You can also get just a regular frozen coke here. I tried it during Food and Wine when they were serving the frozen coke with whiskey and it was perfect on a hot Epcot day. Surprisingly one of the best things we had that trip, and that’s with Food and Wine going on!

Do you agree with my list of the top 10 snacks in the Epcot?  What are your favorite Epcot snacks?

Don’t forget to check out all the other great snacks around Disney World!