You are here: Home / At Home / Throwing a Disney Christmas Party

What’s better than a Christmas party?  A Disney themed Christmas party!  If you’ve got a group of Disney loving friends, I have some ideas for how to throw a Disney Christmas party that everyone will love.  Just because you can’t make it down to Florida for Mickey’s Very Merry Christmas Party doesn’t mean you can’t have any Disney magic in your celebrations!

Let’s be honest, the most important things about a party are usually the food and drink.  I created several Disney related dishes in addition to some goodies that other people brought.  We had plenty to eat! 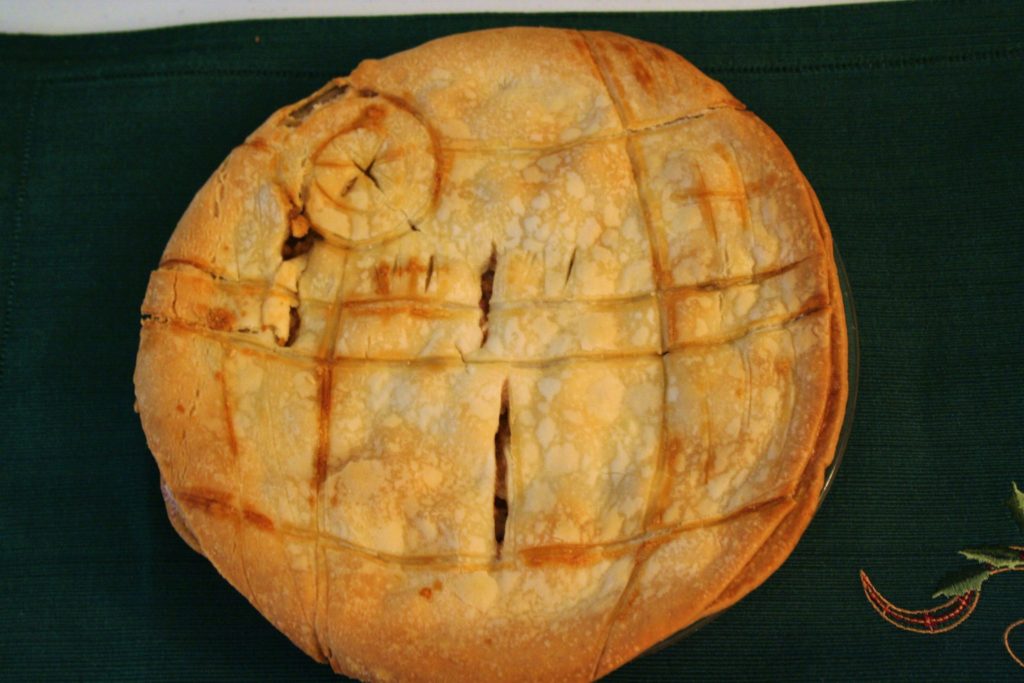 This past weekend was also “Star Wars weekend” (the Last Jedi just came out), so when I saw this Death Star pie posted on the blog Popcorner, I knew I had to try it.  And I think it came out all right!  She did hers with pumpkin but I made an apple pie.  People seemed to enjoy it! 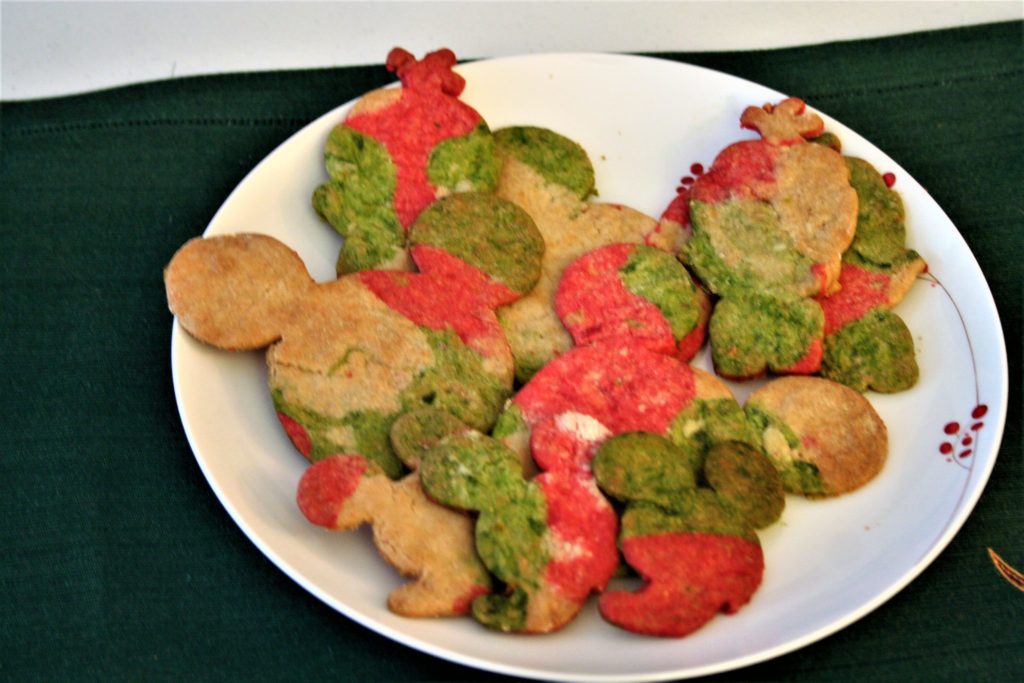 Since I’d gotten an Olaf cookie cutter in my Disney Treasures box this month, and I love baking cookies, I knew we needed some cookies for this party!  I made Christmas colored sugar cookies in the shape of Olaf and Mickey, since I also have two Mickey cookie cutters. 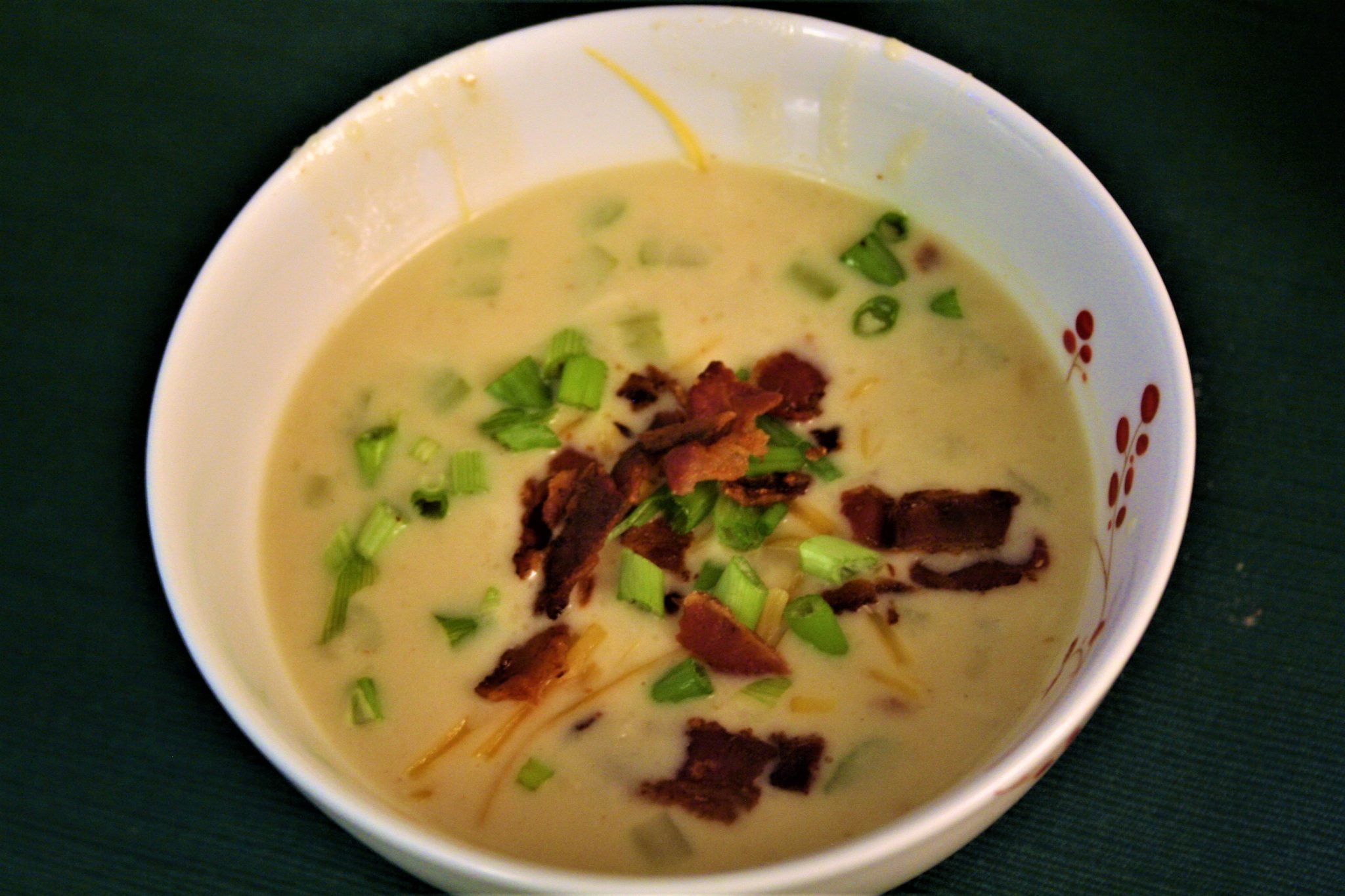 I had two desserts already and I knew other people would also bring sweets, so I wanted some savory options too.  I found a recipe for Le Cellier’s cheese soup, so I made a pot of that.  I also bought some frozen pretzel bites to heat up and eat with them.  It was definitely yummy, a cheese soup is great for a cold winter day!  I’ll be posting the recipe on the blog soon. 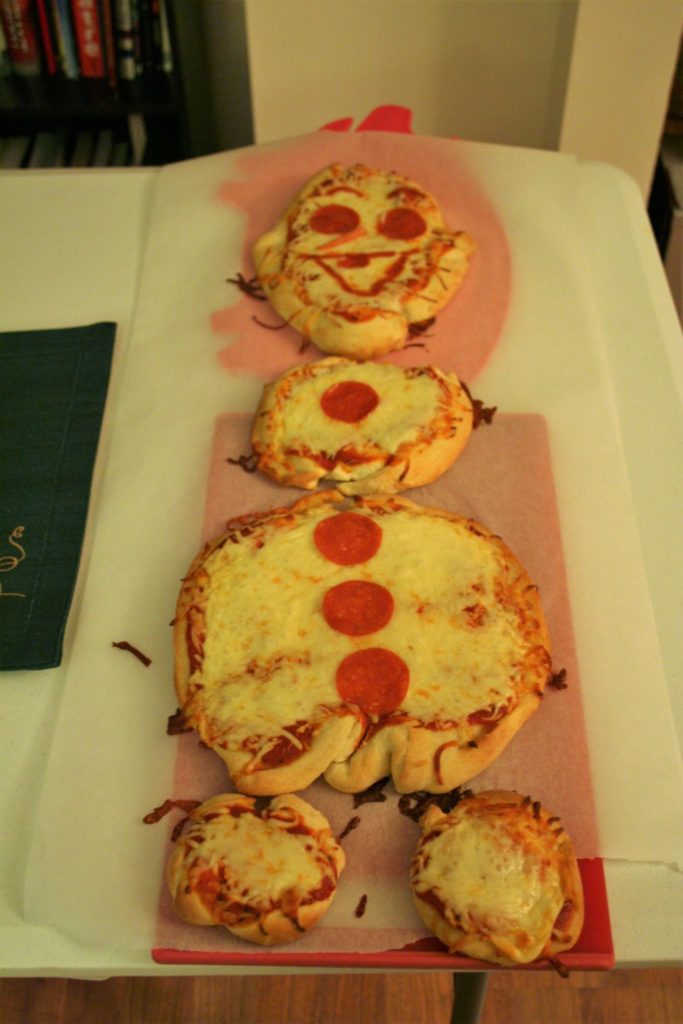 Finally, I made an Olaf pizza.  I just bought Pillsbury pizza crust and did my best to shape it like Olaf.  I created his little details with pepperoni.  I think it turned out to be pretty cute!  Everyone loved that I used an actual baby carrot for the nose.

The Epcot International Festival of the Holidays also had a Cranberry Sprite Punch with Pear Vodka, so I recreated that as well.  Not sure of the exact amounts of each ingredient that they use, but I just did it to taste.  I happened to already have some pear vodka and we just mixed that with cranberry juice and sprite. 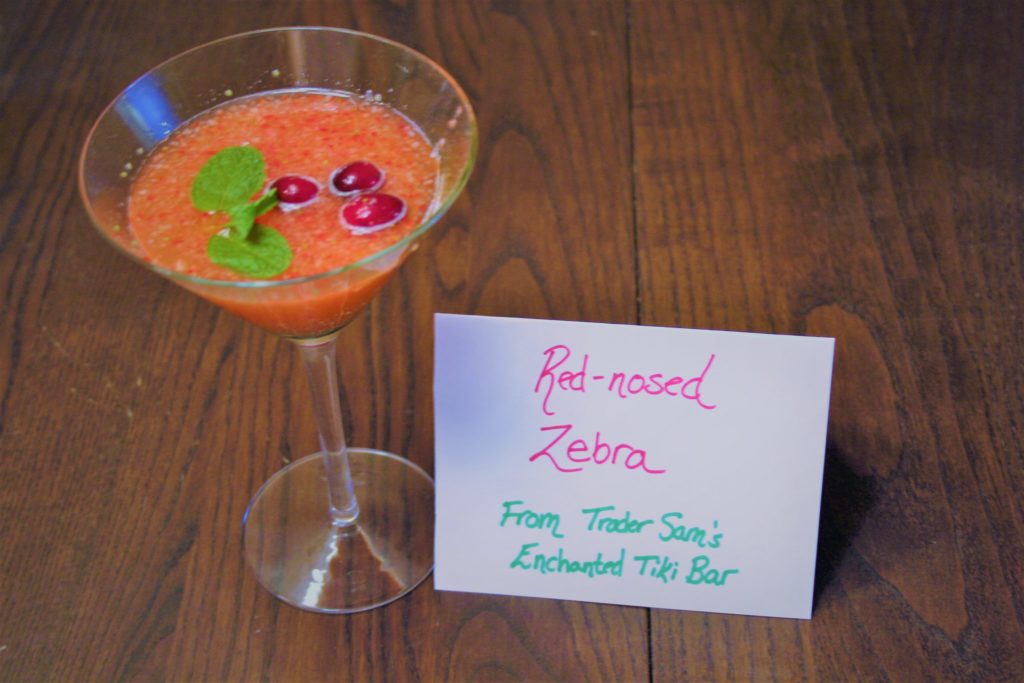 I also came across an old Disney Parks blog post which had a recipe for the Red-Nosed Zebra, a holiday cocktail available at Trader Sam’s in 2011 (not sure if they still do this).  This was definitely my favorite drink of the evening.  I should have pureed the strawberries a little bit more, but it was still delicious.  I may have had four of them. 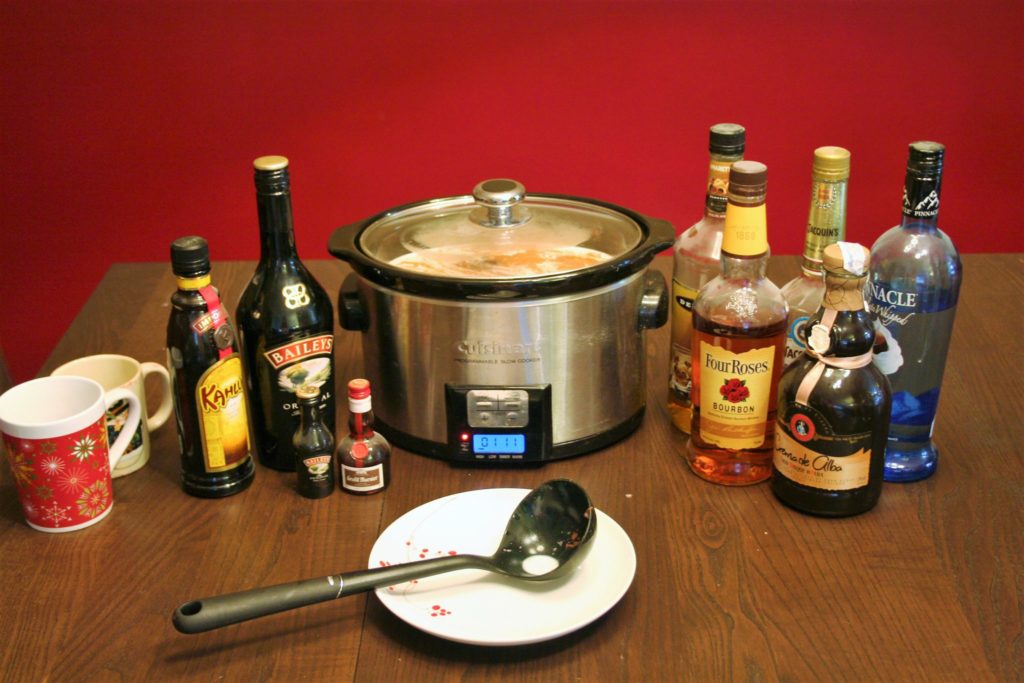 In addition to the Disney related drinks, I made hot chocolate too.  It was my first time making it myself from scratch, and I used this easy slow cooker recipe from Diary of a Southern Millennial.  It was pretty simple to just dump everything into the slow cooker and stir every so often, and it was so much better than the stuff from packets.  I set out a variety of “mix ins” too for the hot cocoa, including peppermint schnapps, Bailey’s, and Kahlua. 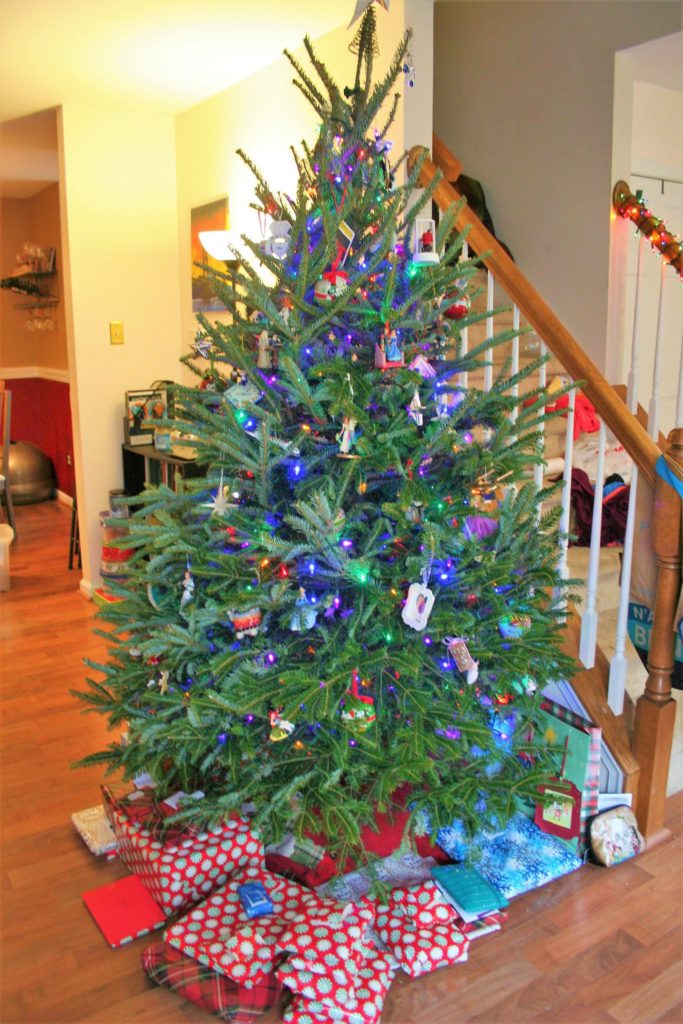 We organized a Secret Santa gift exchange among the 7 of us, and everyone got fun Disney gifts!  There was a Beauty and the Beast shirt, Toy Story hat, Ursula mug, mermaid blanket, Buzz Lightyear wine glass, Genie magic band, and evil stepsister apron! 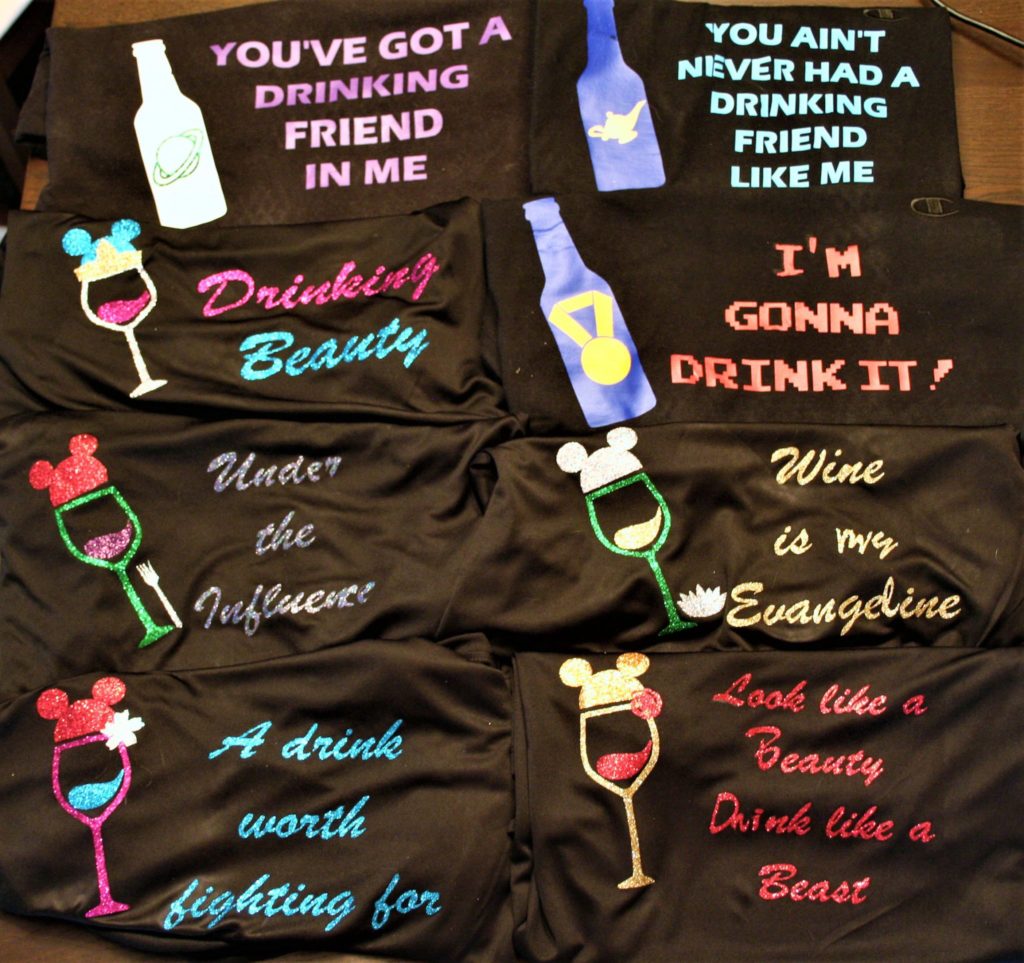 The people invited to this Christmas party are the 7 people who are coming with me for Princess Half Marathon weekend in February, so I also made everyone a little gift for our trip.  We have talked about doing a monorail bar crawl, so when that happens I made shirts for everyone to wear.  They definitely were not perfect but I think they turned out okay. 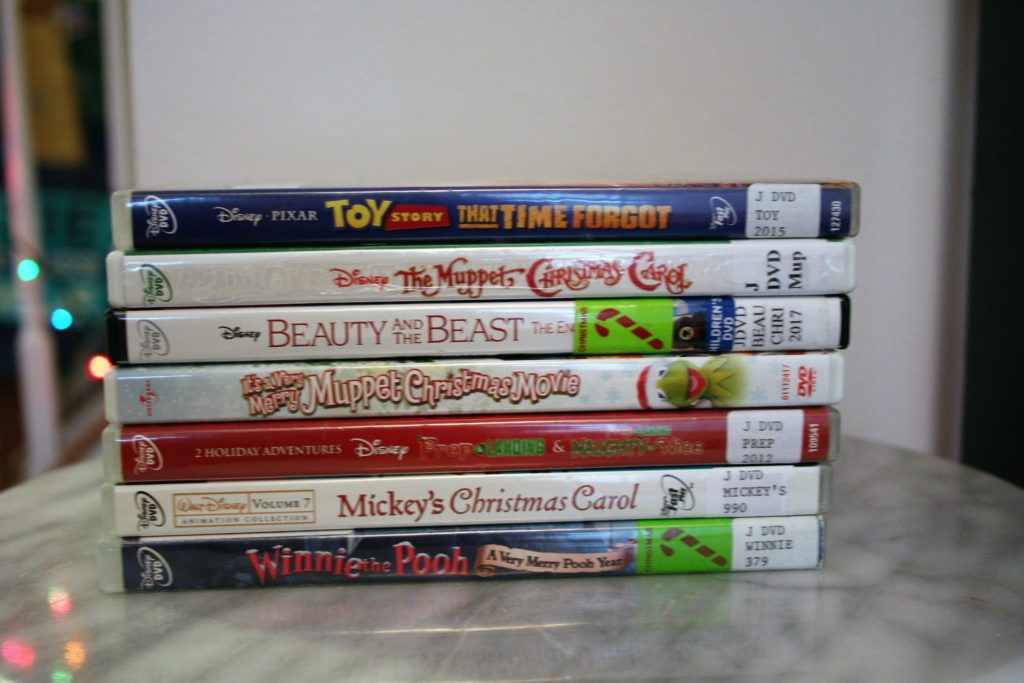 The main activity of the evening was watching Disney Christmas movies!  We did also play one (non-Disney) board game, but we got through 3 Disney Christmas movies.  I borrowed all of the ones I could find from my library and ended up with a good selection.  We worked our way through Belle’s Enchanted Christmas, A Muppet Christmas Carol, and Toy Story: The Toys that Time Forgot.  The library is a great way to get a number of movies for a weekend or a party! 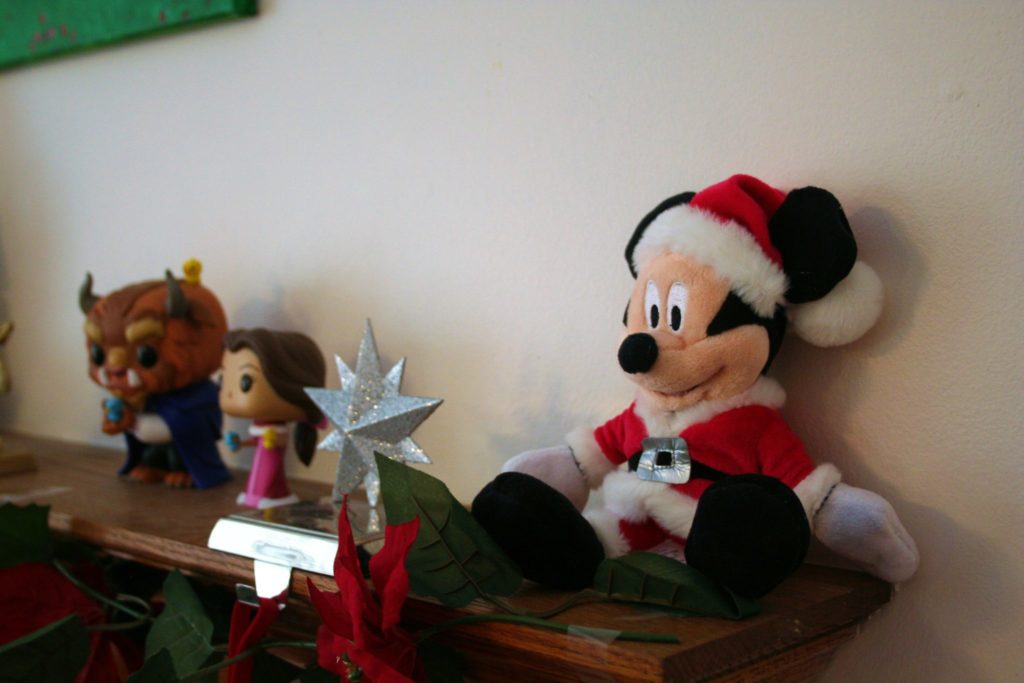 When it comes to decorating, a Christmas party is easy because we already have the Christmas decorations out.  Knowing that we were having the party was a good incentive to everything set up before Christmas too.  We have many traditional Christmas decorations around, like a Christmas village, a wreath, and our tree, but we have lots of Disney touches too.  The mantle has some Disney Christmas figures and stuffed animals.  We also have this beautiful Cinderella Christmas castle that we saw in the Days of Christmas store on our honeymoon.  We didn’t buy it at the time but my parents got it for us for Christmas that year! 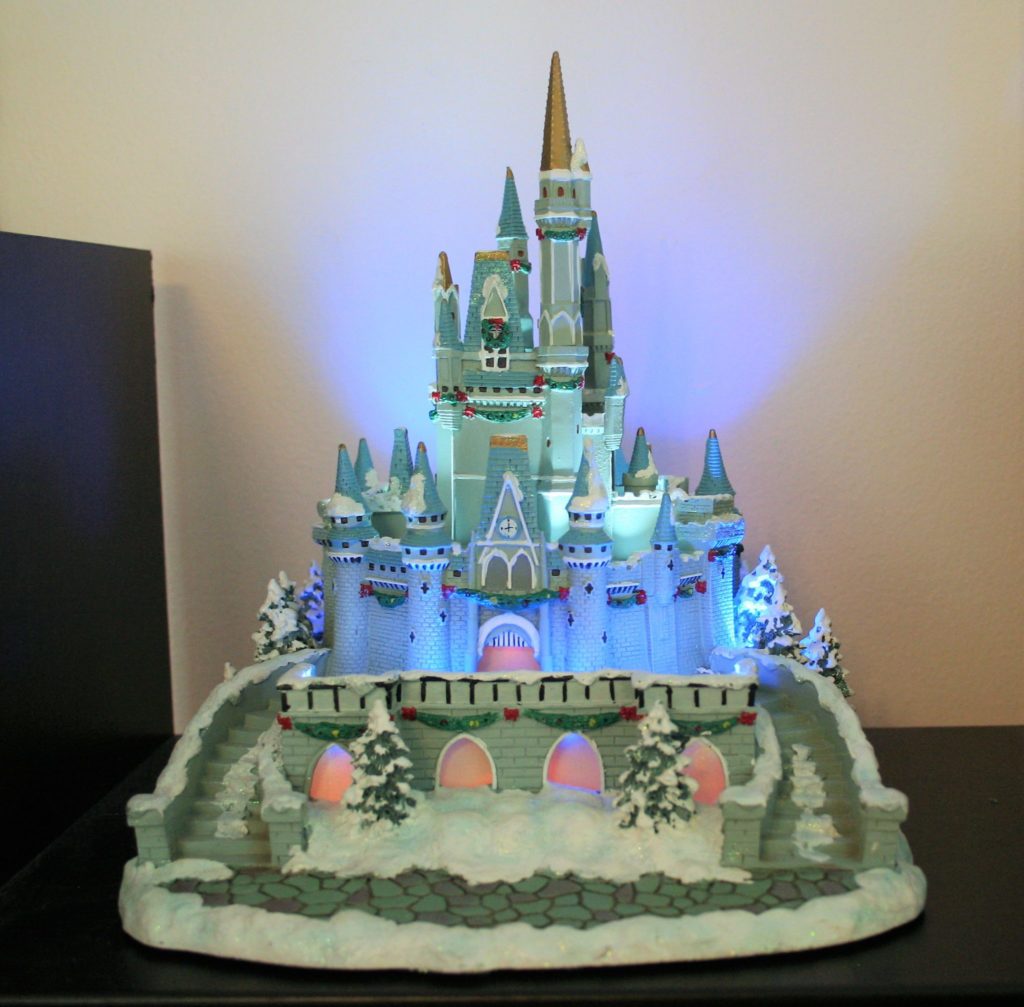 All in all this party was pretty easy to put together compared to some of my more elaborate parties, and it was a lot of fun!  You can’t beat Disney and Christmas!

If you liked this post, you might also be interested in some of my other Disney themed parties, including my Disney Cocktail Party, Princess and the Frog Party, and my Tangled themed Birthday Party!

Would you ever throw or attend a Disney Christmas Party?  What else would you do at one?