You are here: Home / Disney Movies and TV / Thoughts on Zootopia 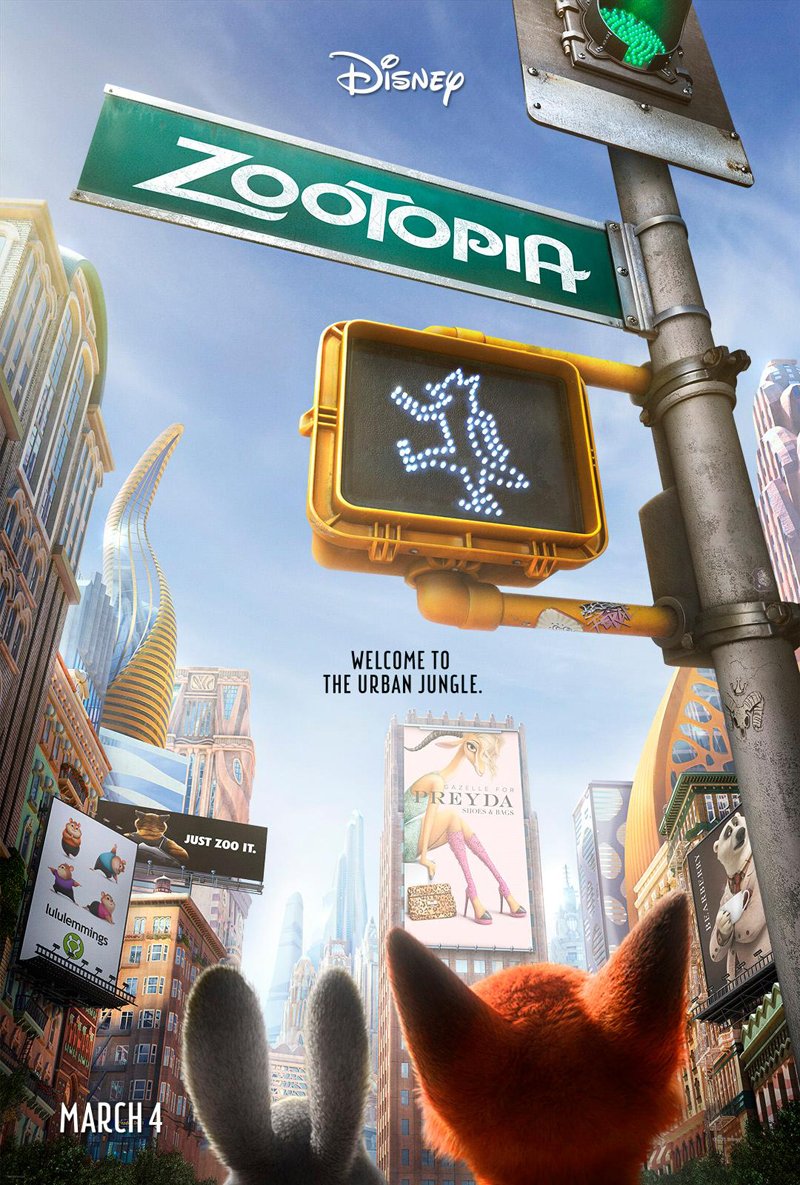 This is part of my series “Thoughts on Disney movies,” where I’ve gone back to watch all of the animated Disney features, starting with Snow White and the 7 Dwarfs, and then share my thoughts on the blog. Today I take a look at Zootopia.

Highlights: I think one of the best things about Zootopia is the message it gives – and the fact that it does so in a subtle way that doesn’t feel preachy. At the heart of this story is the idea that Zootopia is a world where people believe prejudice has been defeated and “anyone can be anything.” But we see right from the beginning that simply isn’t true and prejudices still exist. It feels so relevant to today’s world. It’s about the effects of racism, sexism, bullying, and anything else where we judge people without truly knowing them. But it doesn’t have to be super serious about conveying this message – the movie is funny! From the sloths working at the DMVs to the weasel selling bootleg DVDs of films like “Wreck-It Rhino” and “Wrangled.” There are lots of fun pop culture references that had us laughing even though this was the third or fourth time we’ve seen it. I really like Nick and Judy as the two main characters as well. I appreciate the fact that they both have a lot of good in them, but they both have flaws as well.

Low points: The main plot isn’t particularly strong or clever. Judy has to solve the case of a missing mammal and some of what she goes through is fairly predictable and straight forward. It doesn’t feel like a big deal because the movie isn’t necessarily about the overarching “mystery” plot so much as it is about the smaller scenes that make up the plot and the message it sends. I also think the approach with the villain feels a little stale (which I’ll discuss more below). 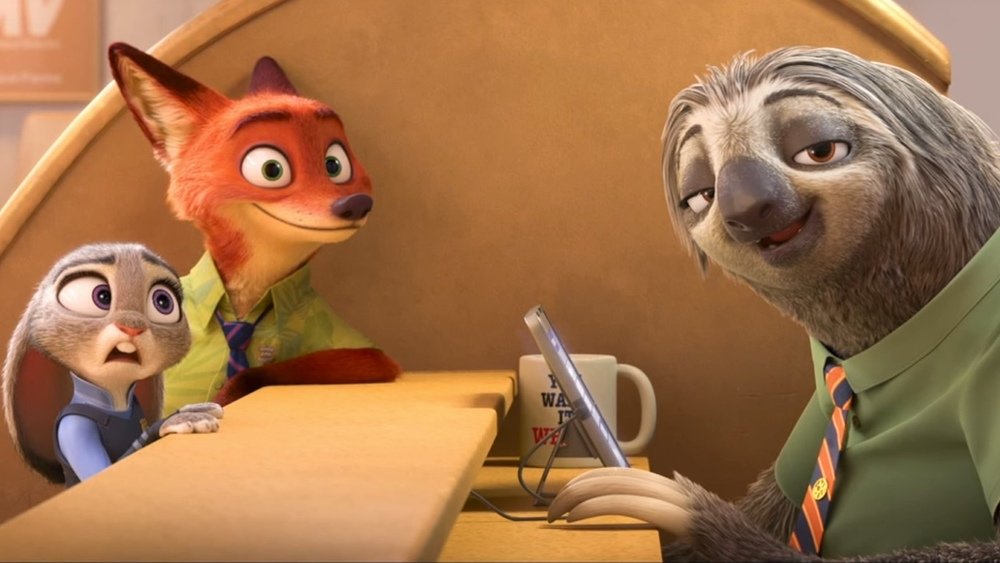 The music: The score itself is pretty straightforward, but there is one standout song from the soundtrack: “Try Everything,” performed by Shakira. In the movie she is Gazelle, a pop star. The song is not only catchy and fun, like the rest of the movie it has a good message too – “I want to try everything even though I could fail.” I have this one on my running playlist!

The villain: Assistant Mayor Bellwether, a sheep, turns out to be the villain of this story. This could have felt like a more powerful move if they hadn’t taken a rather trite approach to it – she seems nice and helpful the whole time, but then at the end you find out she’s the bad guy! Not a bad idea except they had literally just done this with Wreck-It Ralph and King Candy… and Frozen and Hans… and Big Hero 6 and Professor Callaghan. Given the topic of Zootopia I think this could have been done in a more effective way. 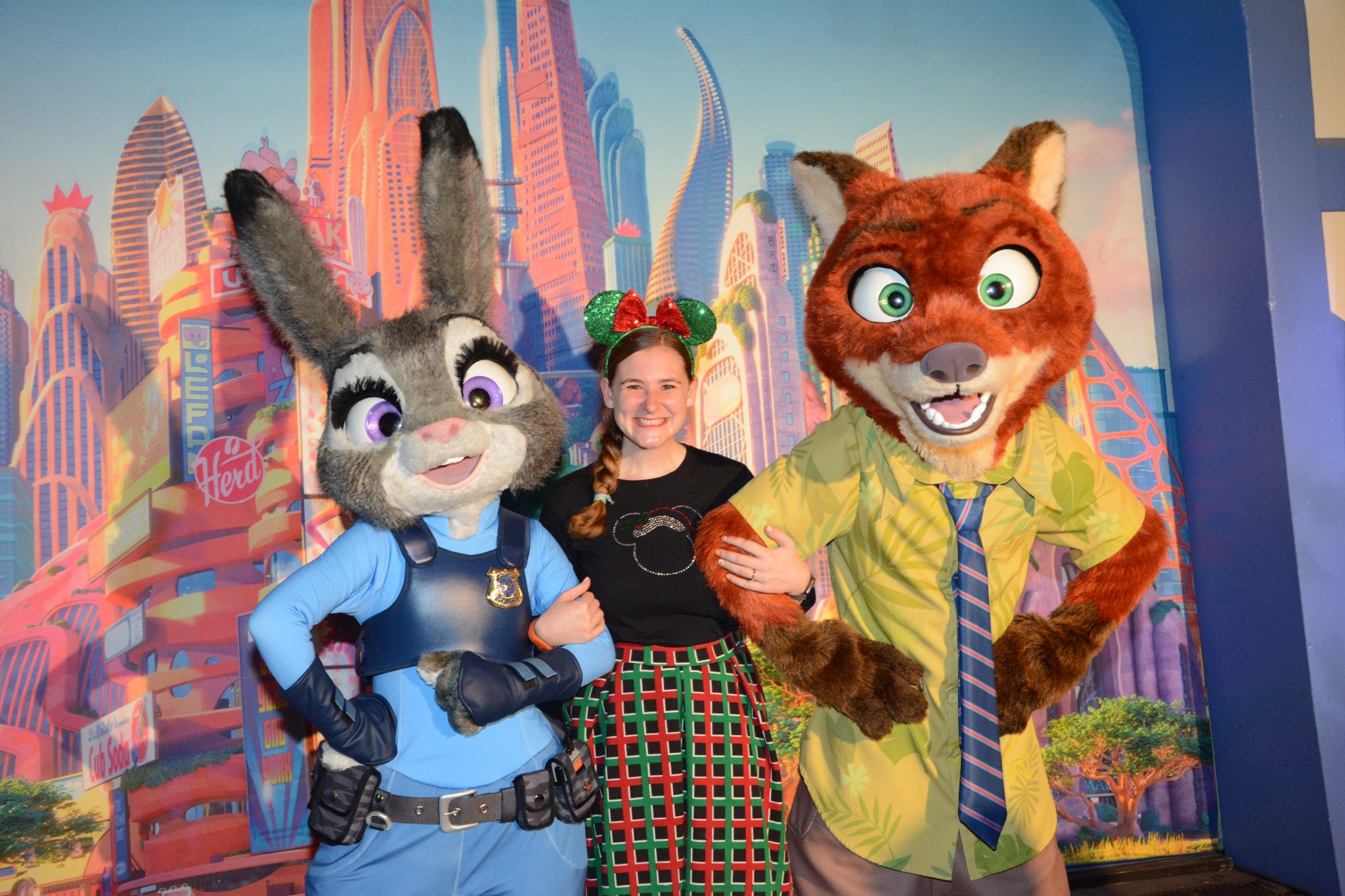 Where in the World: There isn’t much of Zootopia in Disney World – you can catch Nick and Judy when the Move It! Shake It! Celebrate It! parade is happening up on a float. Your only chance to meet them right now is during one of the special events, like the Christmas party. There is a Zootopia themed land in the plans for Shanghai Disneyland.

My rating: 9 out of 10. I really like this movie – the characters feel real and relatable, it has a good message, and it’s funny.

What do you think of Zootopia?