Highlights: For me, Wreck-It Ralph is a great movie that does a lot of things right. Especially for people in my generation, if you grew up playing video games it’s full of nostalgia. This is one of my husband’s favorite Disney movies because he’s a huge video game person and it’s just so cleverly done. Just the concept of the “bad guy” not wanting to be a bad guy is different and fascinating. The characters are all unique and interesting, and the voice casting is perfect. I love Fix-It Felix in particular – again, he’s not a one-dimensional character. It would have been easy for them to have made him stuck up and the foil to Ralph, but he’s so darn likeable. And the twist with the villain is one of the best twists in a Disney movie. 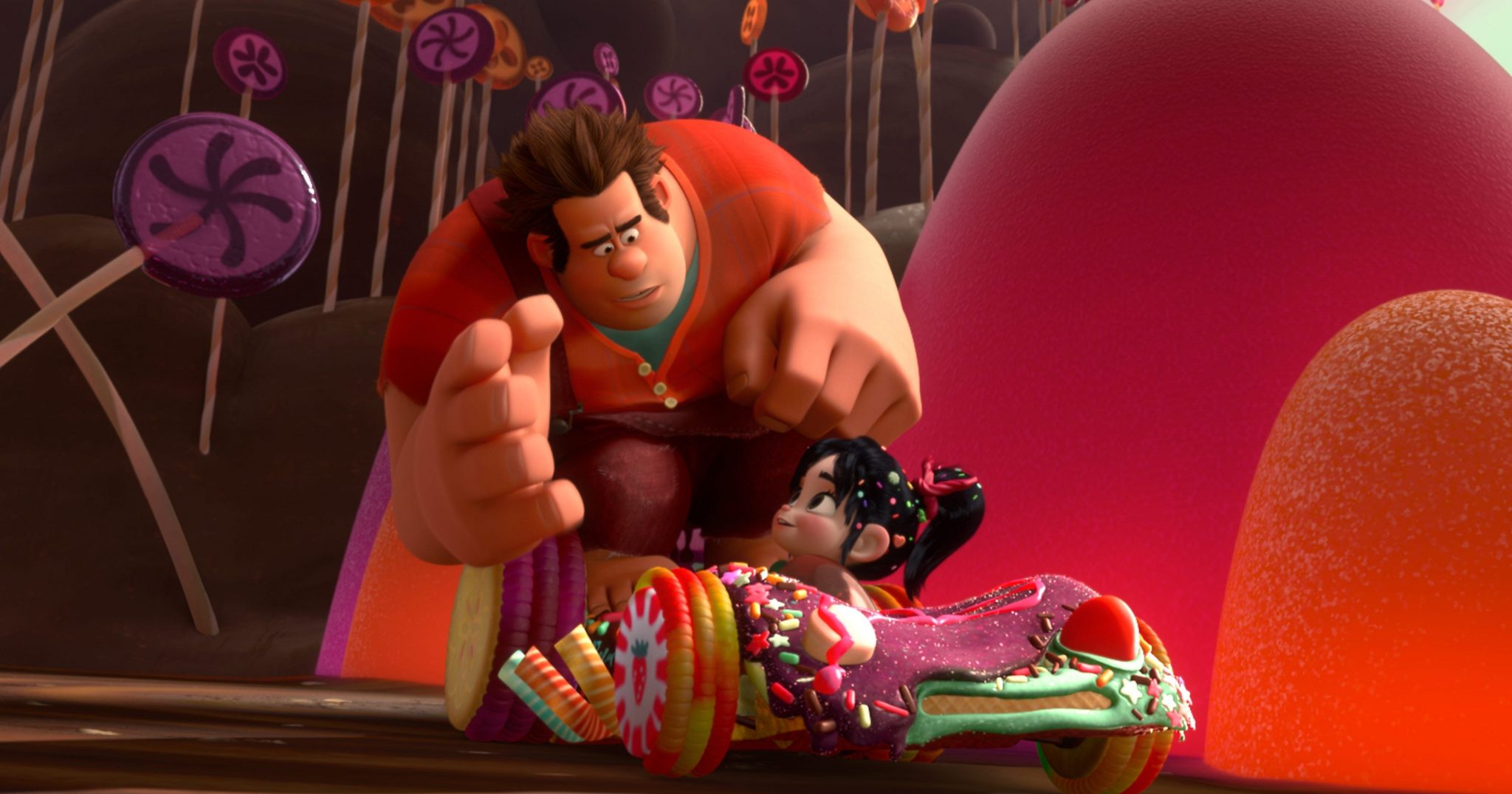 Low points: It’s hard for me to think of much that I don’t like about this film. I can see how some might see Vanellope as annoying (Ralph certainly does at first!), but she’s strangely endearing. The more I watch it the more I do discover a few minor plot holes. On my most recent viewing the thought occurred to me – if Sugar Rush is a very popular game, wouldn’t kids have possibly played it in other places and noticed the differences to this one? Or researched it on the internet? I would think someone might play and be like “hey, when did this King Candy character get here?” But these are minor things that come from really nitpicking a movie.

The music: Even though this isn’t a “musical” in the sense that it doesn’t have characters themselves singing, it’s a great soundtrack. I think the music fits in with the vibe of the film perfectly, and the songs are so catchy. I have at least three of them on my running playlist because they have such a good beat (“Wreck It, Wreck-It Ralph,” “Shut Up and Drive,” and “When Can I See You Again?”). Honestly, the whole soundtrack is so solid it’s one of the very few movie soundtracks I actually own and listen to the whole thing.

The villain: I remember seeing this movie in theaters for the first time and being blown away when we found out who the villain really was! Spoiler alert – King Candy is annoying throughout, but I didn’t expect him to be a ruthless villain like he is at the end and I certainly didn’t see his backstory of being Turbo coming. He’s an interesting villain because his motives make sense, he has a good persona of pretending to be a good guy, but he gets really ruthless towards the end.

Fun fact: The movie features dozens and dozens of cameos from real life video game characters, including Bowser from Super Mario Bros., Q*Bert, Pac-Man, Sonic the Hedgehog, numerous characters from Street Fighter, and many others. 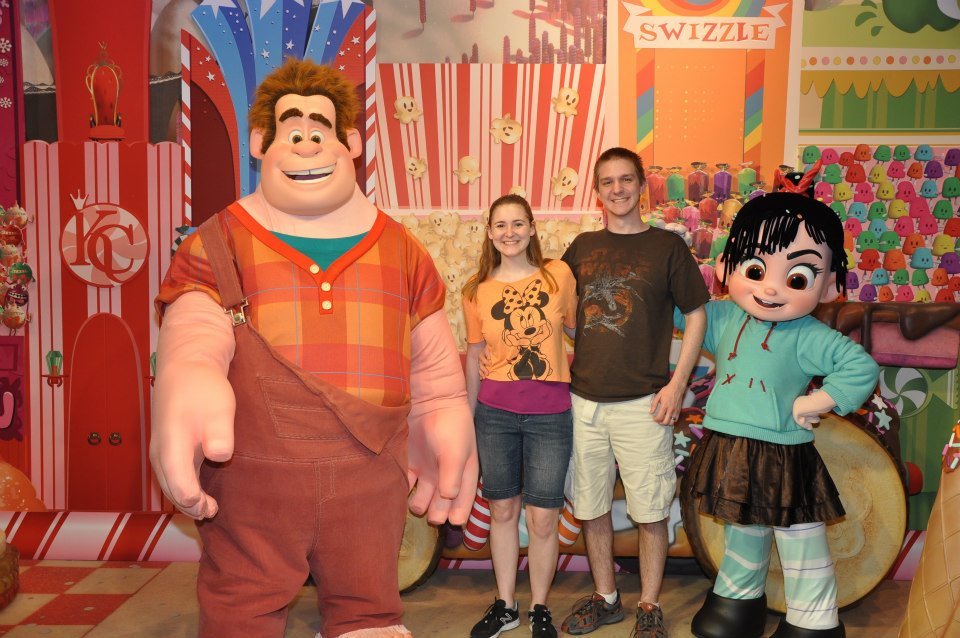 Where in the World: As of right now we don’t see too much of Wreck-It Ralph in Disney World, although it does make a few brief appearances – Ralph and Vanellope both appear in the Christmas parade, for example. For awhile Ralph and Vanellope were doing meet and greets in Epcot, though it’s hard to know which character meets will be around once characters return to the parks. Before Disney Quest closed there was an area where you could actually play a version of “Fix It Felix” on an old-school style arcade machine. And there has long been a rumor of a Wreck-It Ralph attraction going where Stitch’s Great Escape used to be, which I would love to see!

My rating: 9 out of 10. It’s a really well done movie, I love the characters, and it has lots of laughs!

Have you watched Wreck-It Ralph? What do you think of this one?