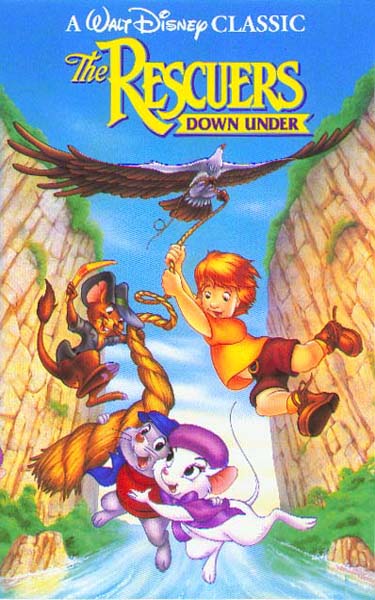 Highlights:  Our friends Bernard and Bianca are back, two characters I enjoyed from the first movie.  There are also some new characters and particularly some of the comic relief characters (Wilbur in particular) are pretty good for a few laughs.  It’s also a concise, compact film (though the fact that I’m saying this movie is short is a highlight may be a reflection of how I feel about it).

Low points:  I have to admit this movie just didn’t do anything for me.  I was never drawn into the main plot line or cared that much about the characters.  It’s very much an animated action adventure movie and I don’t really care for a movie where the best thing it has going for it is the action sequences.  Unlike orphan Penny in the first one I didn’t really feel an emotional connection to Cody.  I was also surprised at how abruptly it ended.  The mama eagle just flies off without her babies?  And leaves them with Wilbur?  Seemed an odd choice to me. 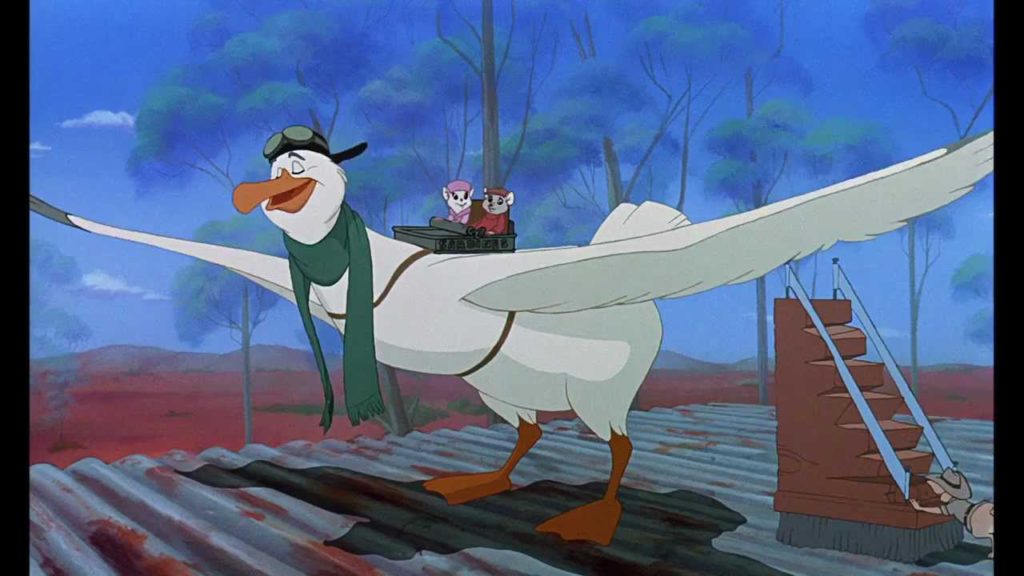 Music:  This one is not a musical, sadly.  The soundtrack was fine and fit with the film but it didn’t really stand out to me in any way.

Villain:  McLeach is a poacher who is out to kill/collect animals basically as his trophies.  He goes after an eagle mother and her babies.  His evilness really does show through and he’s clearly insane.  He doesn’t have any magical evil powers, it’s just an evil human nature.  He not only harms animals but has no qualms about potentially killing a young boy as well jut to get what he wants.  Luckily he gets what’s coming to him at the end with a fitting villain death of falling over a cliff. 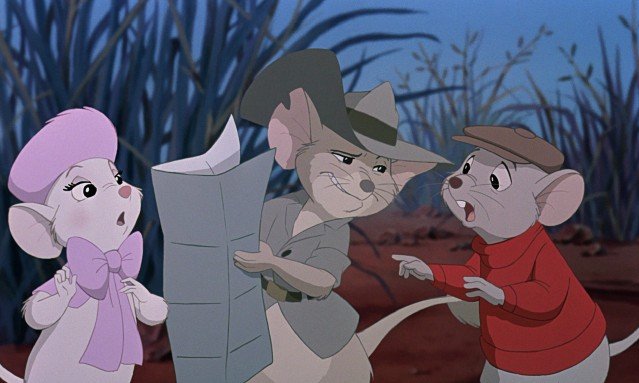 Fun Fact:  This film is a sequel to the 1977 movie The Rescuers.  It was the very first animated theatrical feature in the Disney canon (meaning that it was a sequel that went to theaters and didn’t just go straight to video).  The only other ones that have this honor are Fantasia 2000, Winnie the Pooh, and the recently announced follow-up to Wreck-It Ralph.

Where in the World:  I don’t know of any places in Disney World that the Rescuers appear.  Let me know if you find any!

My rating:  4 out of 10.  I’m not impressed with this one and have no desire to watch it again anytime soon.

What do you think of the Rescuers Down Under?