You are here: Home / Disney Movies and TV / Thoughts on Tarzan 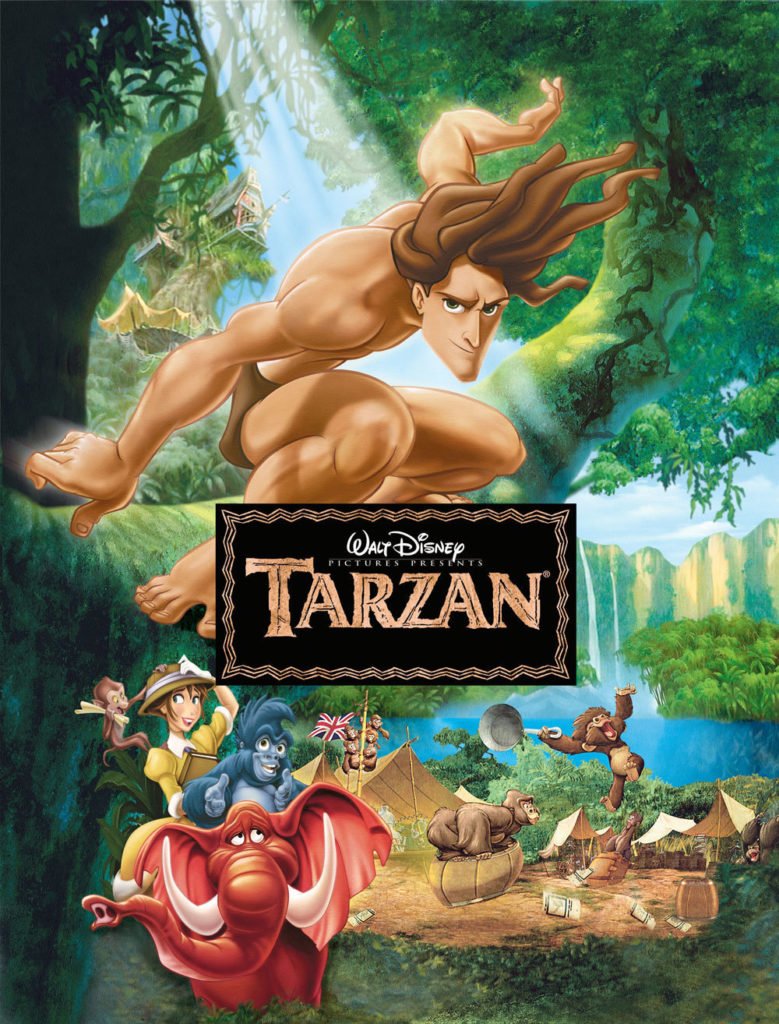 Highlights: The story is sweet, and the characters are pretty good.  It’s rather funny when Jane and her father show up, and there’s no shortage of action.  I found the ending sequence, with Clayton coming back to try and capture/kill the gorillas, to be particularly exciting and thrilling.  They did a good job putting it together.  Other highlights and things that we enjoyed about the film were the pacing, some of the voice acting, and of course the soundtrack.

Low Points: We watched Tarzan on our television while on the cruise, and I have to admit that I remembered almost nothing about it. It just doesn’t make a huge impression on me. I enjoy it while I’m watching it and don’t have too many huge complaints, but I don’t think about it much after that. However, I was not in love with the way that the movie ended.  This is my personal opinion, and Jason thought it was fine.  It’s obvious that you’re either going to bring Tarzan back to England so he can be with Jane, or Jane will stay with Tarzan in the jungle.  The way the movie ended was having Jane and her father stay in the jungle.  If you ask me, that’s a little ridiculous.  I mean, I know they liked nature and studying it and all, but they were both clearly completely incompetent at surviving, partly because neither of them have any common sense.  They only lived through the movie because Tarzan kept saving them.  And don’t you think when she misses some of the things about human life she’ll get a little bitter towards Tarzan? Not good for the relationship! Plus, well… humans don’t really belong in the jungle.  And Tarzan is a human, after all.  He belongs in the world of humans.  Very similar to Mowgli and The Jungle Book… except that one ended in a way that made sense. 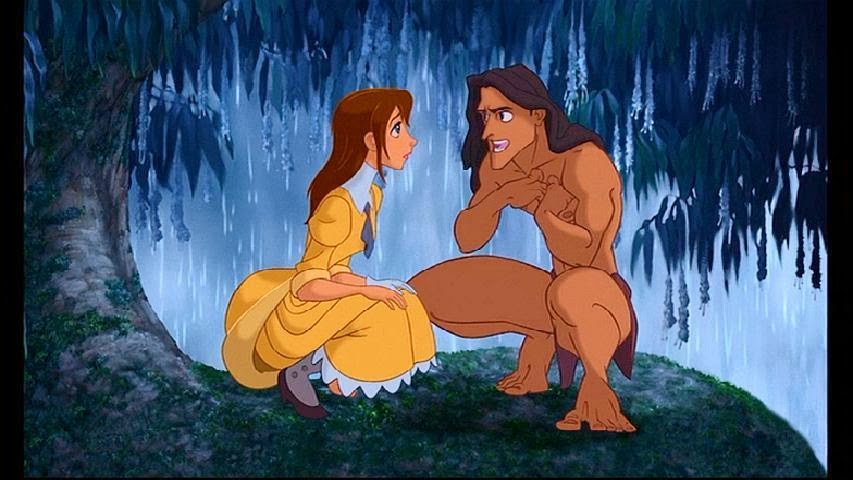 The Music: The soundtrack is really good.  Phil Collins does some very nice songs for this one.  They aren’t really integrated into the movies with the characters singing, like so many other Disney films, but provide background music or play over scenes/montages.  I think the two best ones are “Strangers Like Me” and “You’ll Be in My Heart.”

The Villain: Clayton was a pretty evil villain.  It’s obvious from the beginning that he’s the bad guy, but he really takes things to the extreme.  He not only wants to kill/capture the gorillas to sell their pelts, he’s also willing to kill any of the humans that get in his way.  And this is after Tarzan has show him kindness, led him to the gorillas, and attempted to save his life.  However, Clayton gets what he deserves in a big way, as he not only dies, but in a pretty gruesome way.  Accidentally hanging himself as a result of his own actions is a pretty fitting death for an awful Disney villain. 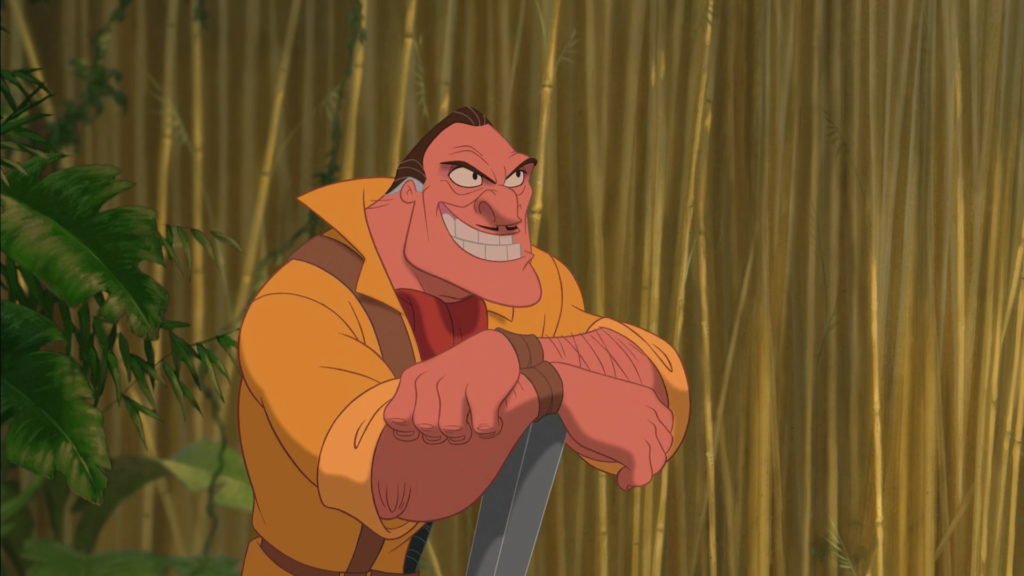 Fun Fact: Like many Disney movies, this one is based on a book. I went onto the wikipedia page to read about the Tarzan novels.  The first one is somewhat similar to the movie, and the influences are clear.  However, if you’re bored and looking for something entertaining, read about the sequels.  Apparently the Tarzan franchise went a little crazy, and Tarzan ends up fighting in both WWI and WWII, traveling to the lost city of Atlantis, discovering a Jurassic park and fighting dinosaurs, and traveling to the earth’s core, among other things.  Forget about being raised by monkeys – this guy had a crazy life after that!

Where in the World:  You can meet Tarzan himself at Animal Kingdom! Otherwise, you won’t find this movie in too many other places. Tarzan got some attractions/attention when the movie first came out, and again when the Broadway musical opened, but most of those attractions have since been replaced by other, more popular films.  There was a show called Tarzan Rocks in the Animal Kingdom, but it was replaced by Finding Nemo: The Musical. 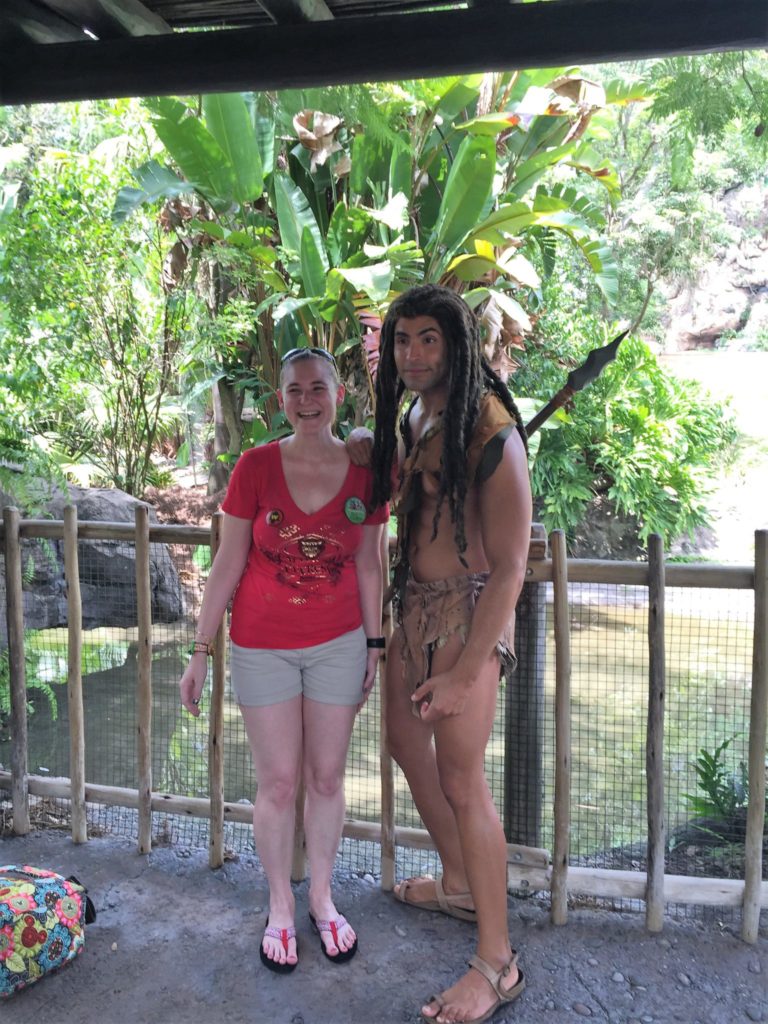 What do you think of Tarzan?