You are here: Home / Disney Movies and TV / Thoughts on Mulan

Highlights: For me the highlight of this film is really the main character, Mulan. She does some incredible things and is really an admirable woman.  You’d think Mulan’s character would be really tough and awesome at everything, and while she’s intelligent, she also kinda lacks good social skills and can be very clumsy.  Even though she may not be too suave with the other guys at the camp, at least she comes up with the brilliant idea to get the avalanche to fall on the Huns.  So I love the fact that her character feels very real.  It was also a lot funnier than I remembered.  Eddie Murphy is a fun character as Mushu, the dragon. 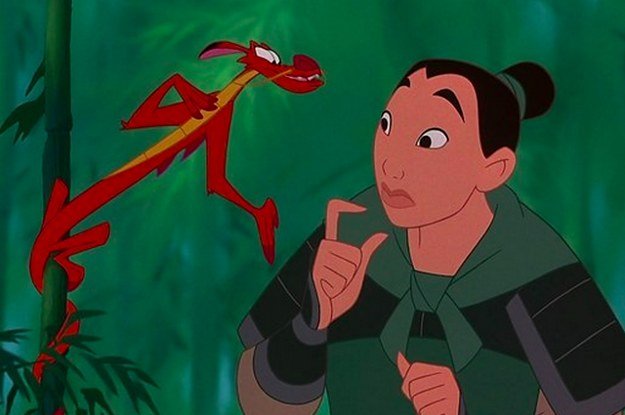 Low points:  Like many animated movies, there are some parts that are very exaggerated to maybe being just a bit too unbelievable.  The fact that any of the huns were able to rise out of the snow and survive that avelanche is surprising.  Another rather low point of the movie is the villain himself, who I’ll talk more about a bit later. He is just very one-note and more of just a representation of the “bad guy” rather than an interesting villain. 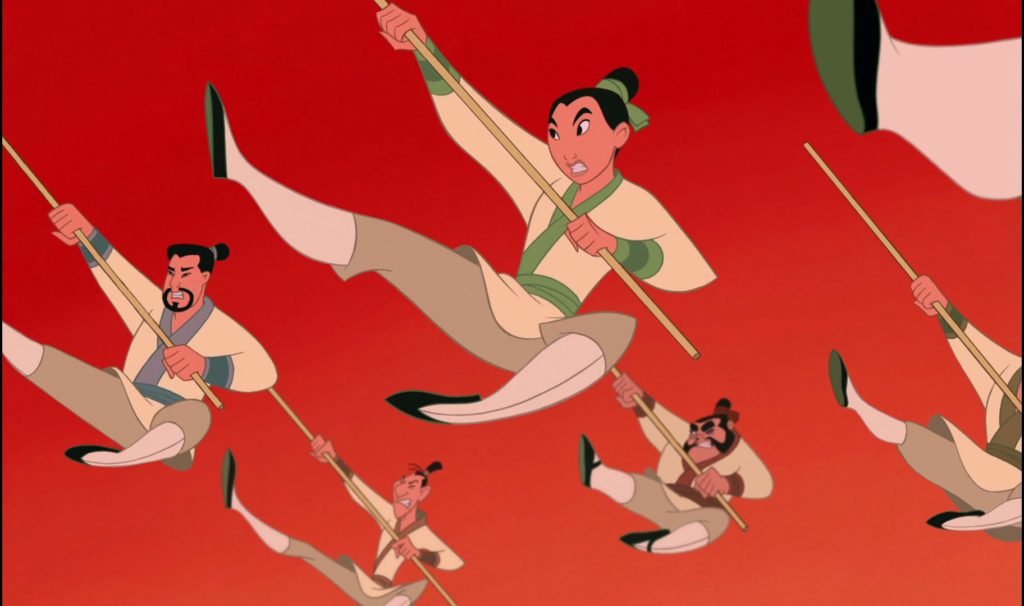 The music: All of the music in this movie is pretty solid. There are two really excellent songs in it: “Reflection” and “I’ll Make a Man Out of You.” Many of the others are also very catchy and good songs, such as “Bring Honor to Us All” (I could not get that one out of my head!) and “A Girl Worth Fighting For.” I think we should probably be grateful they didn’t decide to give Mushu a song.

The Villain: Shan Yu is a jerk, certainly, but he’s not really all that interesting of a villain.  I tend to think of the villains here as “The Huns” overall, and so the villain is just an idea, not a specific person.  Shan Yu really has no personality, he’s just “the bad guy.”  Anyway, Mulan’s personal struggles and fight against societal norms is really the more interesting plot.  Shan Yu is totally unmemorable and boring. 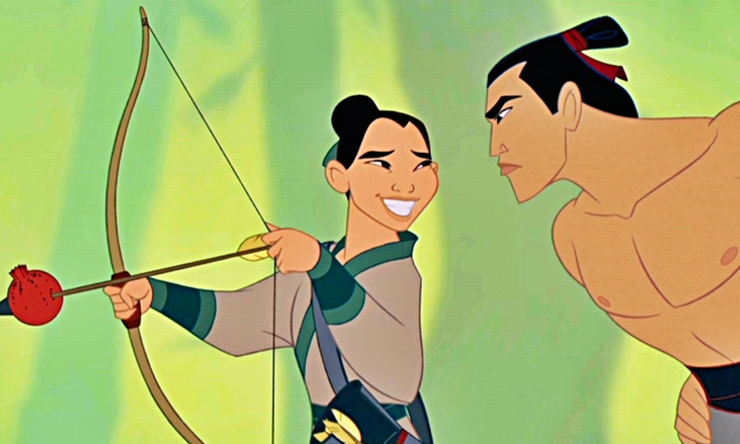 Fun Fact:  The original concept for Mulan involved more of a romantic comedy where she was going to be forced into an arranged marriage, and runs away from home because of it.  It was ultimately changed because they wanted to keep the story closer to the original legend it was based on, and felt it was a stronger character choice for her to leave because of love for her father rather than hatred of what he was doing to her.  The original story also did not contain any animals, but Roy E. Disney suggested adding a dragon for some comic relief.

Mulan – I met her in Epcot in China.

Where in the World: Mulan herself appears around the park, specifically in the China pavilion in Epcot.  Unfortunately I don’t think the film makes much of an appearance anywhere else within the parks.

My rating: 8.5 out of 10.  I enjoy watching Mulan – I like the main character and her determination, and the music is fun.

What do you think of Mulan?