You are here: Home / Disney Movies and TV / Thoughts on Moana 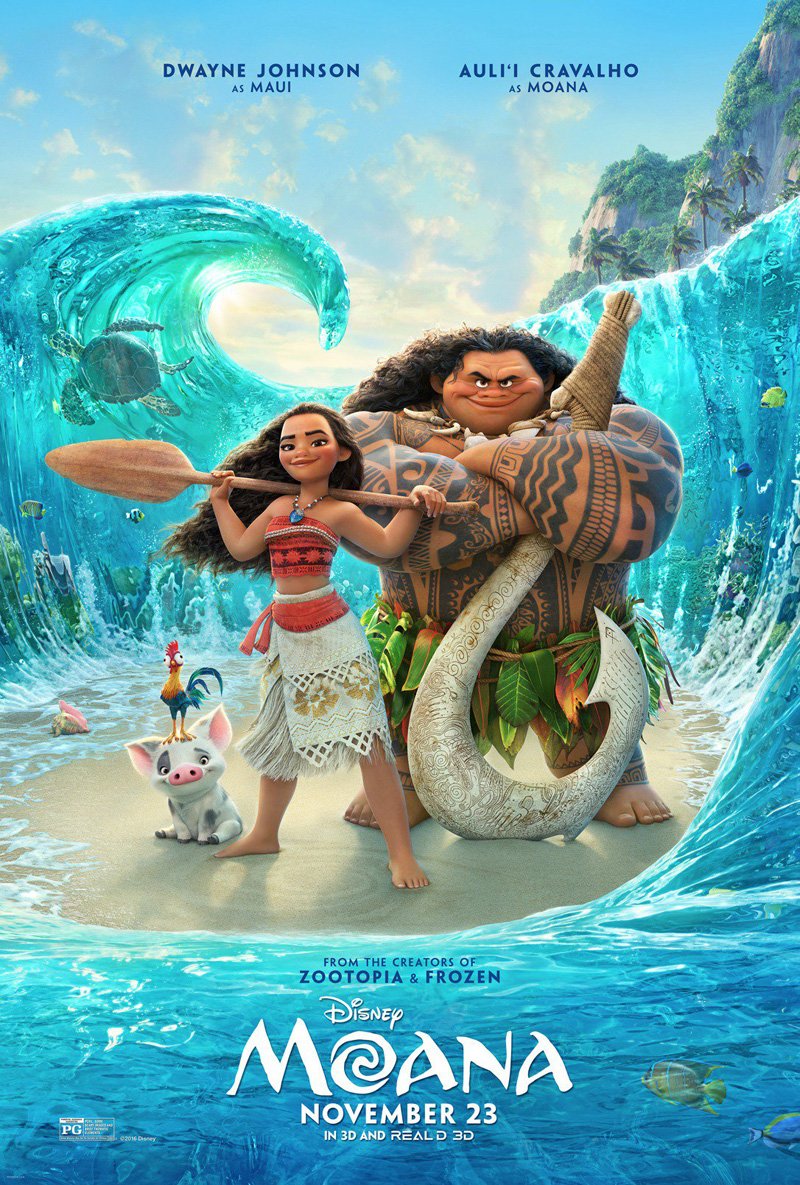 This is part of my series “Thoughts on Disney movies,” where I’ve gone back to watch all of the animated Disney features, starting with Snow White and the 7 Dwarfs, and then share my thoughts on the blog. Today I take a look at Moana.

Highlights: The first time I watched Moana I knew it would be a favorite for many. It hits almost every element of a great Disney movie – good story, great lessons, good characters, wonderful music, funny moments combined with emotional ones. One of my favorite things is Moana herself. She’s incredibly smart, brave, and determined. Not to mention goofy too! And there is no romance in the movie – none at all.  It’s just not a factor that comes into play at all and that’s pretty cool.  I love a good romance but I love that a story can be told without it too! I’ll talk about the music more below but that’s one of the best parts of the movie. Oh, and obviously Heihei is a highlight as well! 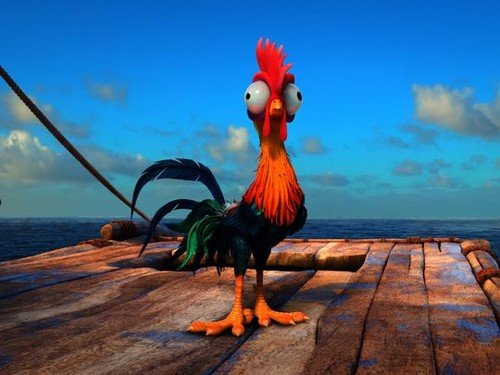 Low points: Kind of related to that “highlight” of the movie being reminiscent of other favorite Disney films, there were points where it felt maybe just a bit too formulaic. The beginning felt very Little Mermaid-ish (girl wants to go a place she isn’t allowed, dad forbids it).  It’s all just very typical – the quest, the at first unwilling companion, the coming of age story, even the “twist” at the end.  Not to say that’s necessarily all a bad thing – Disney is relying on a very classic method of storytelling.

The music: The music is a really important part of Disney movies for me. I loved the Polynesian style of music, and felt like there was a lot of it throughout the whole film (not just a few songs thrown in here or there). Of course with music done by Lin Manuel Miranda you’re going to have a great soundtrack. The Rock sings – and he’s actually quite good, and his song is great!  Newcomer Auli’i Cravalho, who plays Moana, has a beautiful singing voice.

The villain: Te Kā is a pretty scary looking villain, made of lava and fire. Plus she is causing some pretty terrible things to happen to Moana’s people. She’s also one of the most unique villains Disney has tackled in the sense that she’s not really defeated at the end. Instead, she is freed from her evil side and given the chance to make things right. We also see a few other “fun” minor villains in the story, including the kakamora and Tamatoa, that shiny crab. I know Tamatoa and his song tends to be a love/hate moment for many people, but I loved it and thought that whole scene was hilarious.

Fun fact: I’m happy to see how much research Disney did with those movie to make it as culturally accurate as possible. They formed an “Oceanic Story Trust” made up of experts from around the South Pacific. Most of the voice cast is from Polynesia or Polynesian descent. Lin Manuel Miranda worked with Opetaia Foa’i on the music and many of the songs have some lyrics in Samoan or Tokelauan. 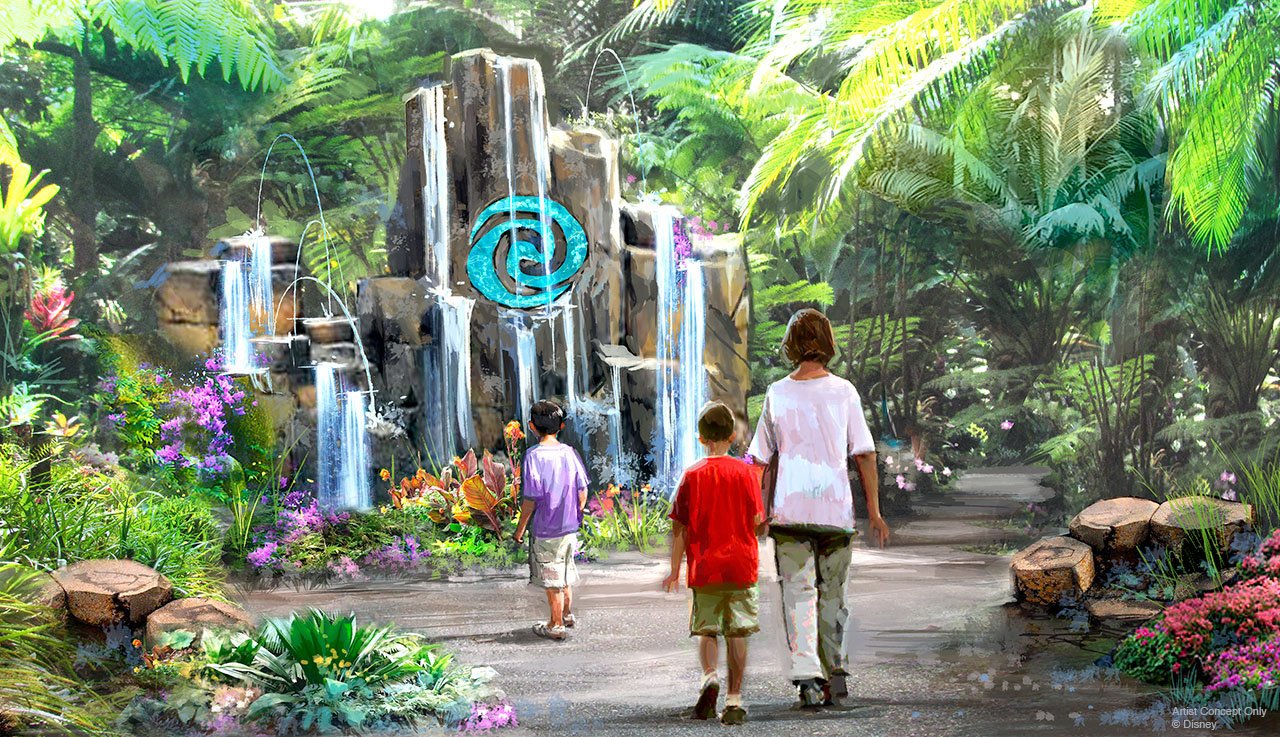 Where in the World: Moana has made appearances for meet and greets in the past at various locations. For awhile she was in Adventureland in Magic Kingdom, but was later moved to a meet and greet in Hollywood Studios. Eventually that was replaced with other characters but she was still doing meet and greets at special occasions like the Halloween and Christmas parties. While she doesn’t have her own attraction (yet), Disney had announced Moana’s Journey of Water in Epcot. We haven’t gotten any updates on if/when this will open now. Finally, the Polynesian resort is in the middle of a pretty big refurbishment and many of the rooms and common areas are getting a Moana theme, or at least Moana related elements.

My rating: This is a tough one but I think I’ll go with 8 out of 10. I think it’s a great movie, I love the music, and Moana is a wonderful character and role model for girls. It’s not a higher rating only because for me personally it just didn’t click as a top favorite.

What do you think of Moana?