You are here: Home / Disney Movies and TV / Thoughts on Fun and Fancy Free 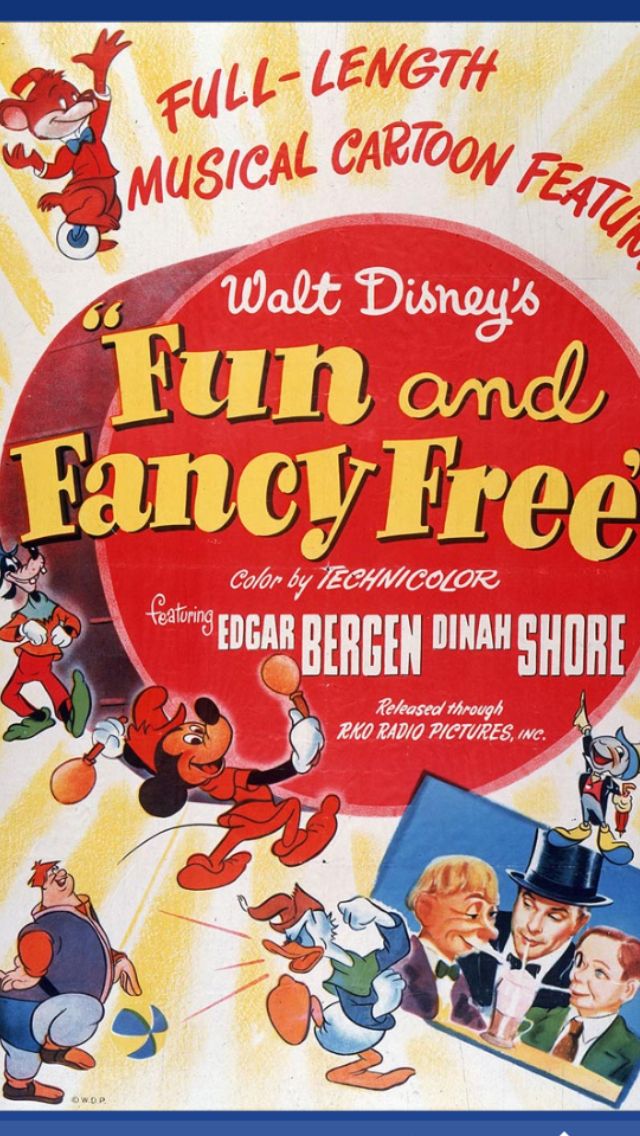 The next in the series of “package films” from the 1940’s, this one features two shorts: Bongo, about a bear who runs away from the circus, and Mickey and the Beanstalk, a sort of re-telling of Jack and the Beanstalk.

Highlights:  Mickey and the Beanstalk is a cute, fun film with lots of little gags and funny bits thrown in.  It features three of our favorite characters: Mickey, Donald, and Goofy.  The giant is more humorous than scary and all in all it’s an enjoyable little short.

Low points:  Bongo.  Oh my gosh, I’m sorry if anyone out there likes it (there must be fans), but it was just awful.  It had very little plot and went on for way too long.  The first half of the film is basically just Bongo exploring the wild and it takes forever.  Then he falls in love and there’s a really long, excessive song about it.  The ending is okay but it does not make up for the rest of it.  Also, during Mickey and the Beanstalk there is some really weird stuff going on with the narration and some ventriloquist dummies, which honestly freak me out.  Luckily they’ve released a better version of Mickey and the Beanstalk that is narrated by Ludwig von Drake, rather than these weird ventriloquist dummies. 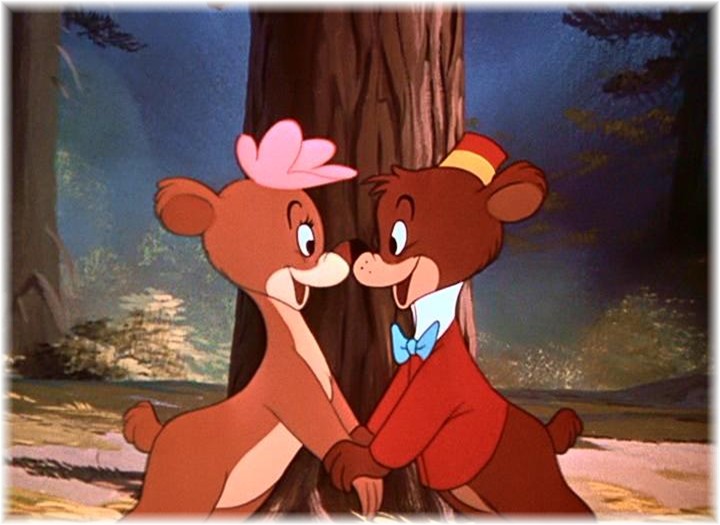 Music:  There are two beautiful songs sung by the harp in Mickey and the Beanstalk.  I thought the woman that did these songs had an absolutely gorgeous voice.  Her name is Anita Gordon, and I was disappointed to look her up and see that she hadn’t done too much else, and nothing else with Disney.

Villain Rating:  In Bongo the villain is a bear named Lockjaw, who tries to be fierce and scary but mostly just comes off as annoying and stupid.  And in Mickey and the Beanstalk we have the Giant, who is a really fun villain.  He’s scary in some ways because of his size, but he’s also a “stupid villain” and ends up causing a lot more laughs than fear. 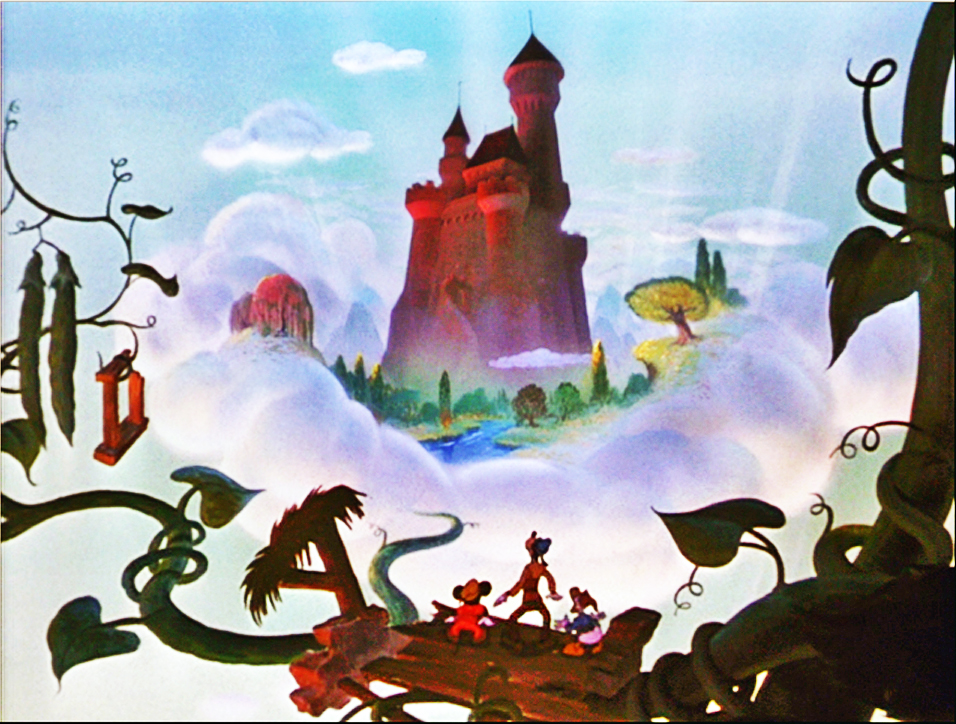 Fun Fact:  Mickey and the Beanstalk is the last time that Walt Disney himself voiced the character of Mickey Mouse.

Where in the World:  There isn’t much, and this might be a stretch, but – there is a shop in Fantasyland called Sir Mickey’s.  It’s themed after the short the Brave Little Tailor, another one where Mickey fights a giant.  However, some of the décor includes beanstalks, and as far as I remember there wasn’t actually a beanstalk in the Brave Little Tailor.  So I guess that can kind of be considered a nod to Mickey and the Beanstalk. 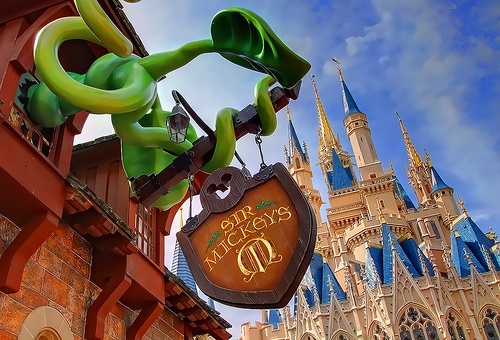 My Rating:  I give this film a 5 out of 10, but it’s all for Mickey and the Beanstalk.  My advice: just watch that one, and the Ludwig von Drake version.