You are here: Home / Disney Movies and TV / Thoughts on Chicken Little 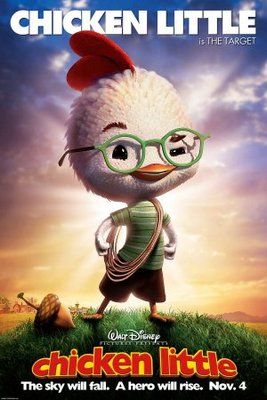 Highlights: I’ve heard people say that Chicken Little is the worst Disney movie ever made. I actually wouldn’t rate it as my worst. It certainly wasn’t great, but there are others I have no desire to watch again (and I wouldn’t HATE having to watch this again). I think the biggest redeeming feature for me is that Chicken Little himself is pretty endearing and I’m rooting for him. The voice talent is good too – you have Zach Braff as Chicken Little, but you also the voices of Joan Cusack, Patrick Warburton, Adam West, and even Patrick Stewart (!).

Low points: I actually think this movie could have had a lot of potential, but the story is just too predictable. The idea to put a twist on the original Chicken Little story is fun, but everything just goes exactly the way you expect it to – which isn’t a good thing. The concept of Chicken Little actually being about aliens could have been weird or they could have really made it work, but instead it just ended up odd. I found the soundtrack pretty rough too. 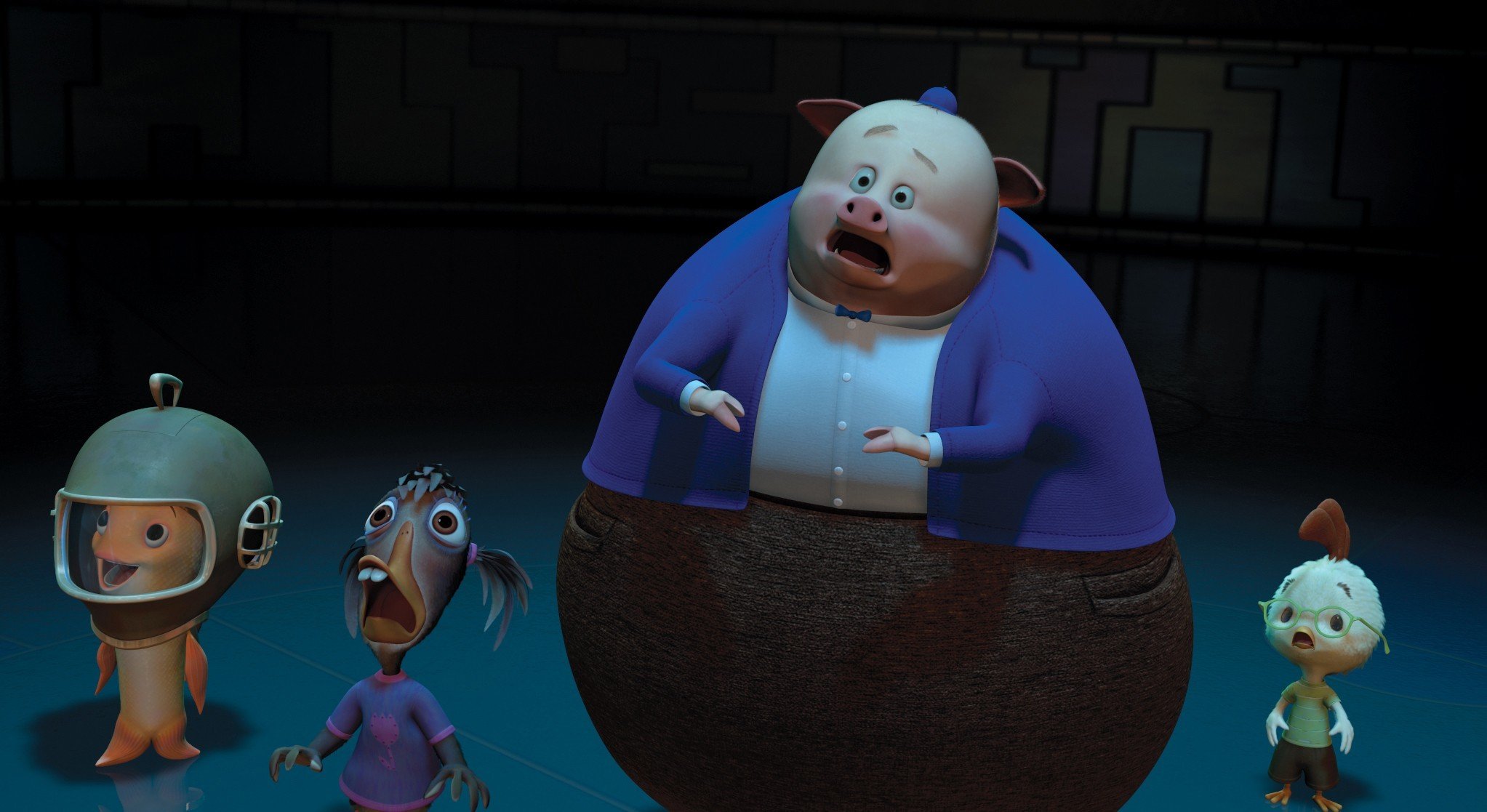 The music: It could have been good. I enjoy the Barenaked Ladies. But when the opening song is kind of hitting you over the head with the lyrics it’s a bit much for me. Lyrics like “I get the feeling in this town / I’ll never live ’til I live down / The one mistake that seems to / Follow me around / They’ll forget about the sky / When they all realize / This guy’s about to / Try to learn to fly.” The beat is actually good but the words are just so cringe! And Chicken Little’s two BFFs are very into karaoke so there’s a lot of random songs thrown in like “I Will Survive” or “Wannabe” by Spice Girls.

The villain: I wouldn’t say there’s a real “villain” in this story – it’s kind of just the townspeople who don’t believe Chicken Little and give him a hard time, make fun of him, etc. Foxy Loxy is sort of an antagonist in that she’s a bully and kind of represents the townspeople being mean to Chicken Little, but she’s not really a villain.

Fun fact: Originally Chicken Little was supposed to be a female character, and Holly Hunter did the voice work for 8 months before they decided to switch the character to a male. Then Zach Braff was favored because his voice sounded younger. 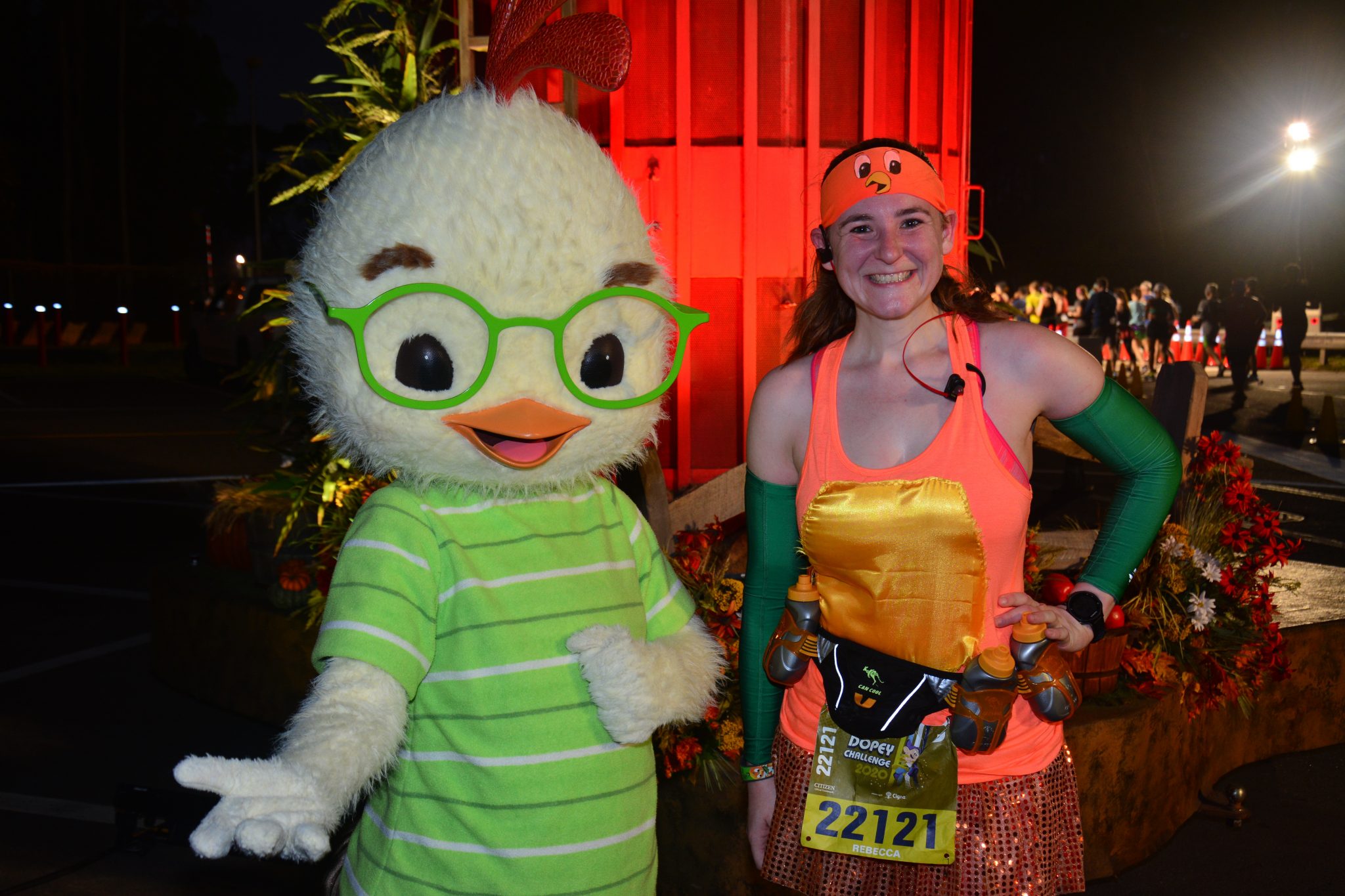 Where in the World: Basically no where, luckily. Chicken Little doesn’t really make an appearance in Disney world, though there is a costumed character version of him – I know this because I met him during the Disney World half marathon this year!

Have you seen Chicken Little? What do you think of it?