You are here: Home / Disney Movies and TV / Thoughts on Aladdin

Highlights:  Aladdin is a really strong Disney movie, and one that I don’t mind watching again and again.  It has great, catchy music that’s super fun to sing along to.  The plot is fun, but it’s biggest strength is probably the characters – in particular the genie and the voice work of Robin Williams.  There’s no doubt that he steals this show.

Low points:  There isn’t anything too major for me to point out about Aladdin.  If anything I would have liked to see Jasmine with an even stronger role as a powerful female.  She does at least take the whole stance about not being married off to whoever, with the line “I am not a prize to be won!”  But for the most part she kind of takes a backseat to the action.  I think they could have done even more with her character (and if the movie was made today, they probably would have).  The Broadway version gave her a little more strength, which I really appreciated. 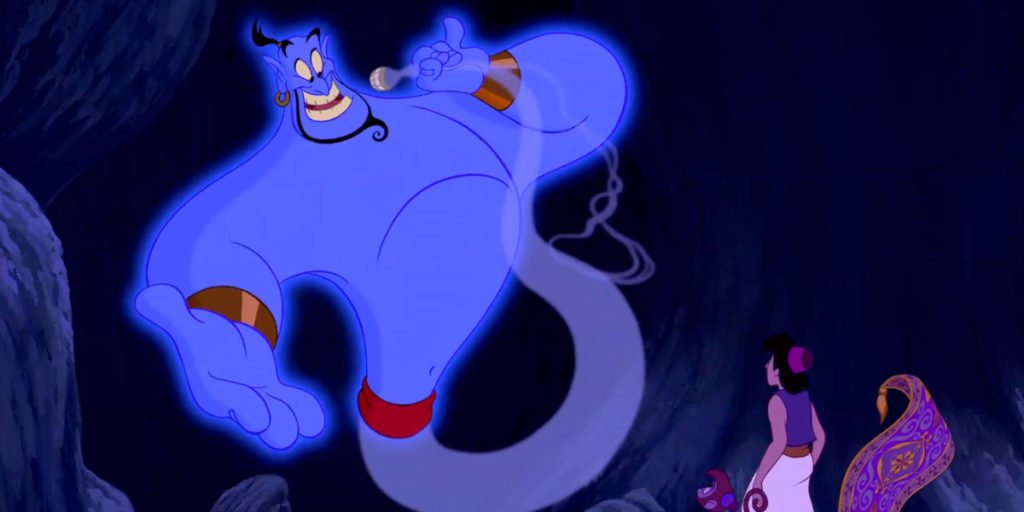 The Music:  Really excellent.  I don’t think there’s a particularly weak song in the movie.  One Jump is a really fun song to start the movie off, A Whole New World is one of the most beautiful Disney duets, and A Friend Like Me may be one of the best Disney songs of all time.  If anything the only thing that the movie really lacks in comparison to other Disney musicals is a good villainous song for Jafar, which would have been fun.

The Villain:  Jafar is a fabulous villain.  He has all that evil stuff going for him – not just in the way he acts, but in the look and the voice, too, which really rounds out his villainy.  He has typical bad guy desires to take over the Kingdom, and has pretty much no remorse in what he does in his efforts to get there.  Like many villains his weakness is in his hubris.  Jafar is also the only(?) Disney villain to get his own spin-off/sequel movie, The Return of Jafar. 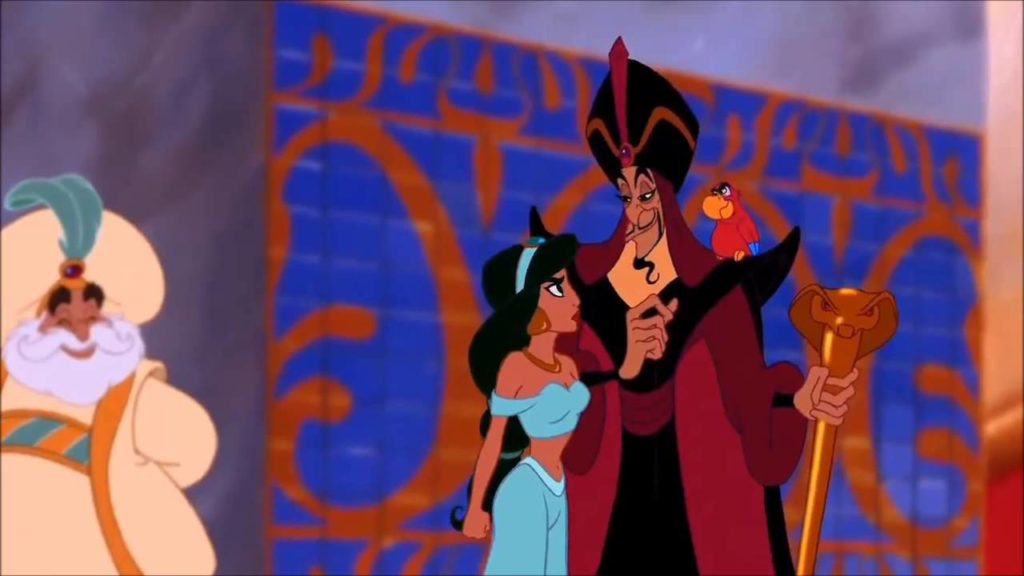 Fun Fact:  Though Linda Larkin does the voice of Princess Jasmine, the singing is done by someone else… Lea Salonga.  If you’re a big Disney fan you might recognize the name – Lea Salonga also does the sining for Mulan!  She’s a big Broadway performer too, so if you’re into musical theater you might know her from Miss Saigon or Les Miserables.

Where in the World:  There are many places where you can find Aladdin and his friends around the theme parks.  Adventureland in Magic Kingdom has the Flying Carpets of Aladdin ride, as well as a small Agrabah area where Aladdin and Jasmine do meet and greets (and at holiday parties you may also get the chance to meet Abu or the Genie).  Aladdin and Jasmine also meet over in Epcot, at the Morocco pavilion. 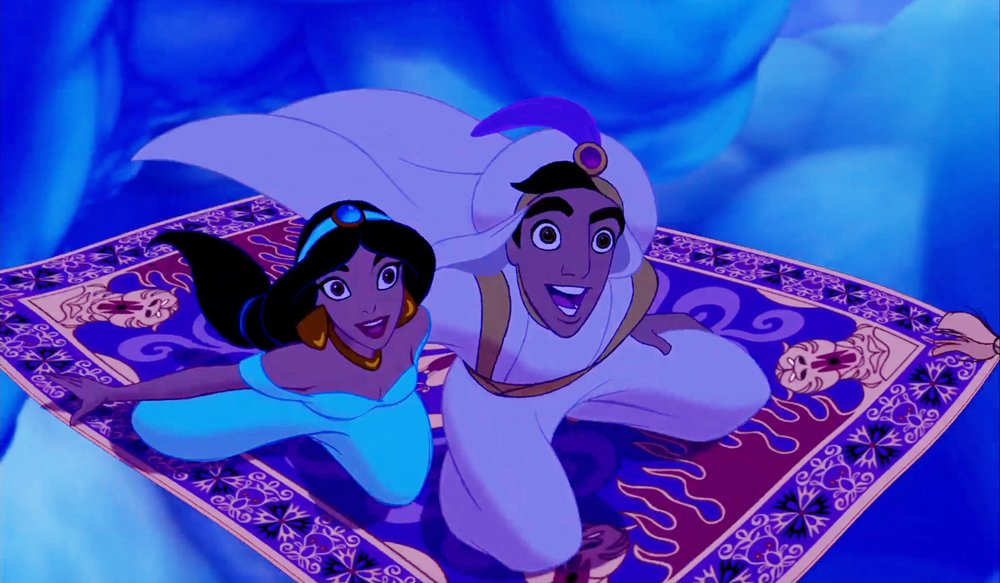 My rating: Overall Aladdin gets a solid 9 out of 10.  Maybe even 9.5 out of 10.  At the very least, a 9.25.  There’s really nothing to dislike about this movie, though for whatever reason I wouldn’t count it as one of my favorites.

What do you think of Aladdin?