You are here: Home / Disney Movies and TV / Thoughts on Oliver and Company 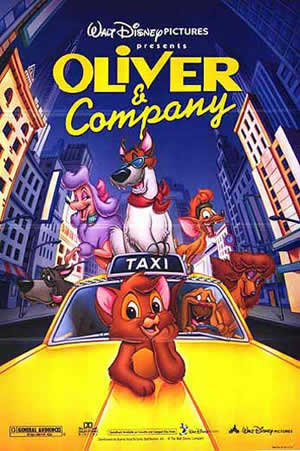 Highlights:  There are a lot of reasons why this film is a personal favorite of mine.  As a kid I was obsessed with the musical Oliver! (I played the Artful Dodger when I was in middle school), and I loved the novel Oliver Twist.  This movie is very loosely based on that story.  It’s also got an adorable cat, and it’s the Disney film of my birth year.  Oh, and Billy Joel music – did I mention I grew up on Long Island?

Low Points:  There are a lot of interesting characters, but I didn’t feel like we got to know all of them as well as I would have liked to.  It also has one of those crazy, unbelievable endings.  Not that that’s always a bad thing, you just have to be prepared for it. 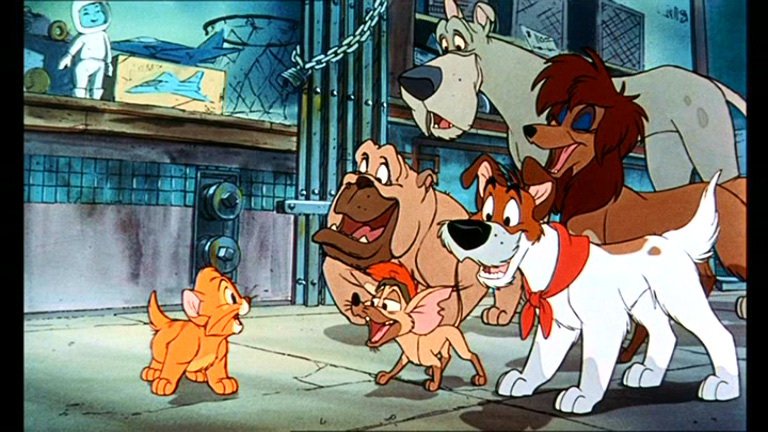 Music:  There is one really excellent song in this movie, and it’s Billy Joel singing “Why Should I Worry?”  The only other one that stands out is the simple and sweet “Good Company,” sung by Jenny as she is practicing piano.  Georgette has a song as well, though that one is pretty over the top.  The opening number “Once Upon a time in New York City” is a decent one to start things off.  Overall there is one really good song from this movie, and a few others that are okay.

Villain:  Sykes is the main bad guy here, and he’s a pretty stereotypical villain.  He’s dark and shady, conducting some sort of evil business in a creepy place.  He doesn’t have much of a unique personality though, making him less interesting than some other Disney villains.  We also don’t see too much of him throughout the movie until the end, which means that although evil is a presence throughout the film, it’s not neccesarily related back to him all that well.  Fagin is a much more interesting “villain” in that I really wouldn’t call him a villain at all.  He’s more of just a scared, pathetic guy who does bad things because he doesn’t see any other options.  But his change of heart toward the end of poignant and sweet. 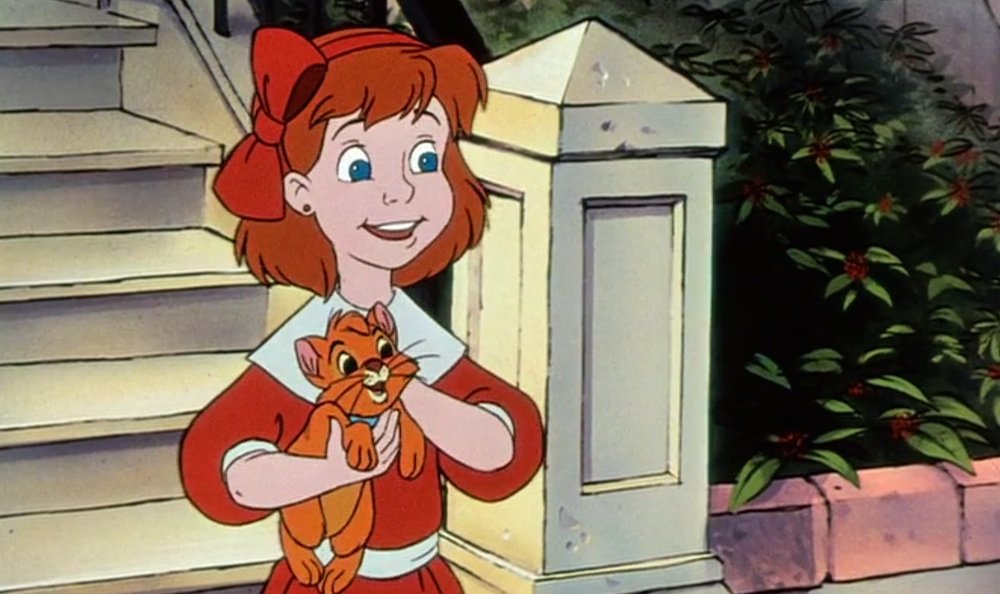 Fun Fact:  Roy E. Disney had originally suggested a plot line where Fagin was attempting to steal a rare panda from the city zoo.  It was ultimately cut because they couldn’t make it work.  Sounds like it would have been pretty crazy and random if they had tried to keep it in the film!

Where in the World:  There are really no connections to Oliver and Company in Disney World that I know of.  Let me know if you find any!

My rating:  8 out of 10.  I love the story done with animals.  And the music is pretty good, though I think it could be stronger – if you’ve got Billy Joel on your project give him more than one song!