You are here: Home / Disney Movies and TV / Thoughts on the Little Mermaid 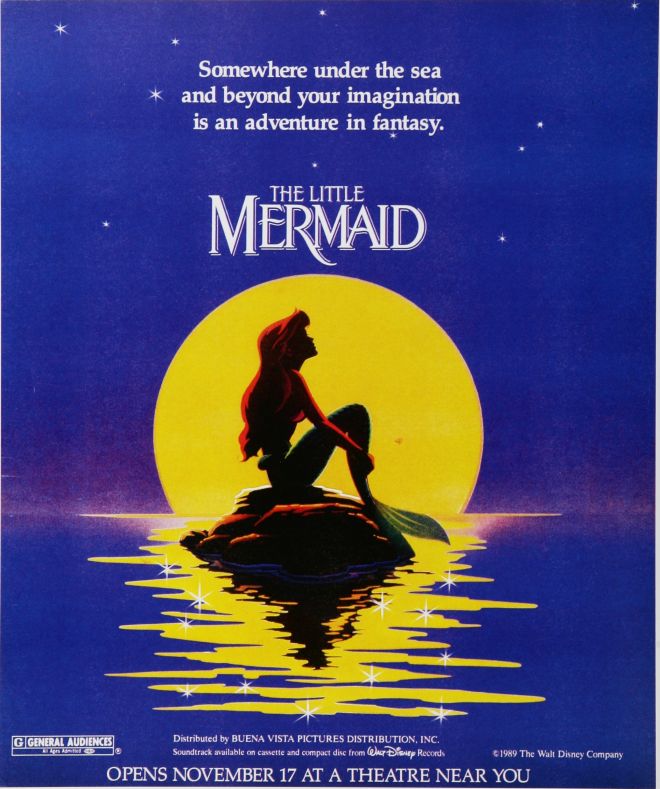 Highlights:  This movie is the one that really started the Disney renaissance of the 1990’s, and for good reason.  Ariel is a fun princess, the music is fantastic, and the story is exciting.  The Little Mermaid was never my personal favorite, but it is really good.  Ariel is pretty likable.  She has more depth than a lot of the earlier princesses, with her rebellious tendencies and desire for something more.

Low Points:  I personally just can’t get over the fact that Ariel is a bit foolish – I mean, what sort of deal is it to not only give your voice away, but agree that you will become some creepy little green thing in the ground if you can’t get a guy to fall in love with you in three days?  And a guy you’ve never even really met before?  But she’s so cute, and charming, and innocent in her own way.  I also find the romance a bit sudden in this one. But if you buy the whole “love at first sight” argument then it works.  Personally, I prefer to see the romance develop, like in Beauty and the Beast, but if you can accept it then you have a beautiful love story about two people that would do anything for each other. 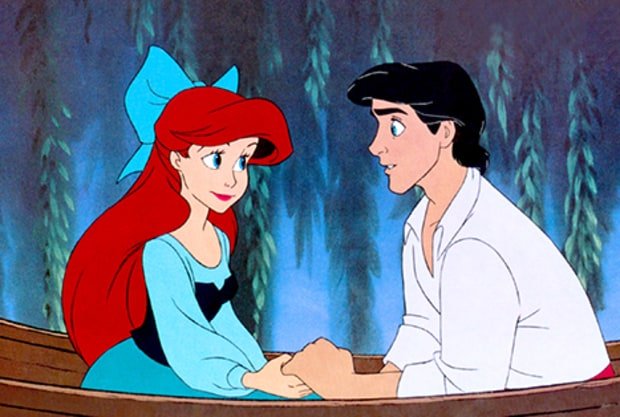 Music:  The songs in this one are really fantastic, thanks to Alan Menken.  You just have a lot of really excellent tunes that are catchy, fun, and beautiful:  “Under the Sea” (my personal favorite), “Part of Your World,” and “Kiss the Girl.”  Even the villain’s song “Poor Unfortunate Souls” is very good.  And then there’s “Les Poisson.”  While not a particularly memorable song, the scene is pretty funny!

Villain:  Ursula is icky and evil.  One of the creepiest things about her is her “garden” of souls, which are deformed little green things.  It seems sicker to keep them around in that form instead of just killing them.  She’s also after revenge, though we’re not exactly sure why.  She’s cruel, but she’s also tricky.  She tries to act nice to Ariel, but then she is completely deceitful behind her back.  At least she got what was coming to her – a ship through the stomach. 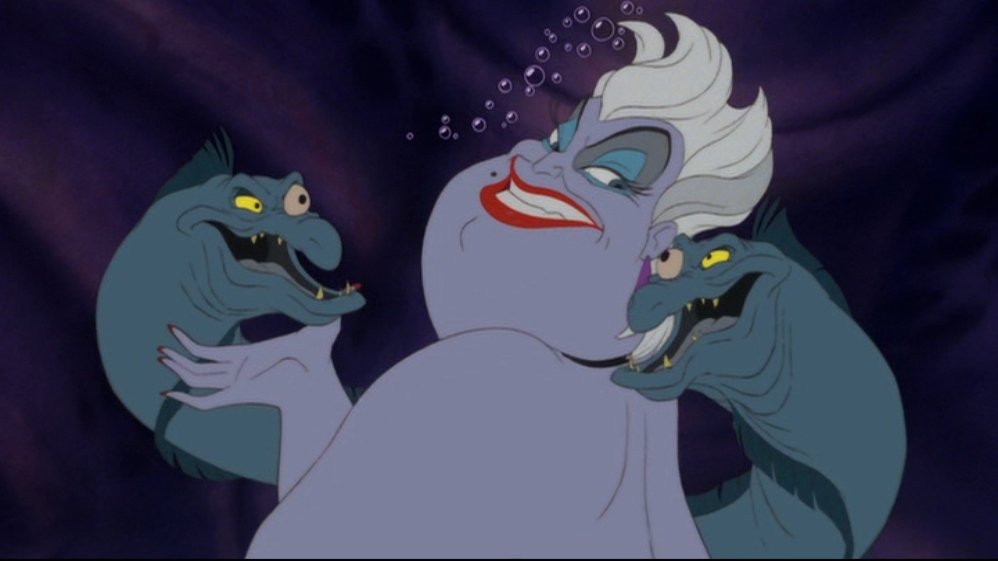 Fun Fact:  This movie deviates quite a bit from the original Hans Christian Andersen fairy tale. The basic premise is the same, but most of the story is very different from what was originally written.  For one, the Sea Witch doesn’t take Ariel’s voice, but the “punishment” is that every time she dances it feels like she is dancing on swords.  And if the Prince marries anyone else, Ariel will die.  He does indeed marry another woman, but Ariel is given one last chance.  She can stab the Prince and become a mermaid again.  However, she cannot bring herself to do it and ends up instead throwing herself into the ocean and dissolving into sea foam.  Then supposedly she is able to become a “daughter of the air” and eventually go to heaven. Not exactly the happy ending of the Disney movie. 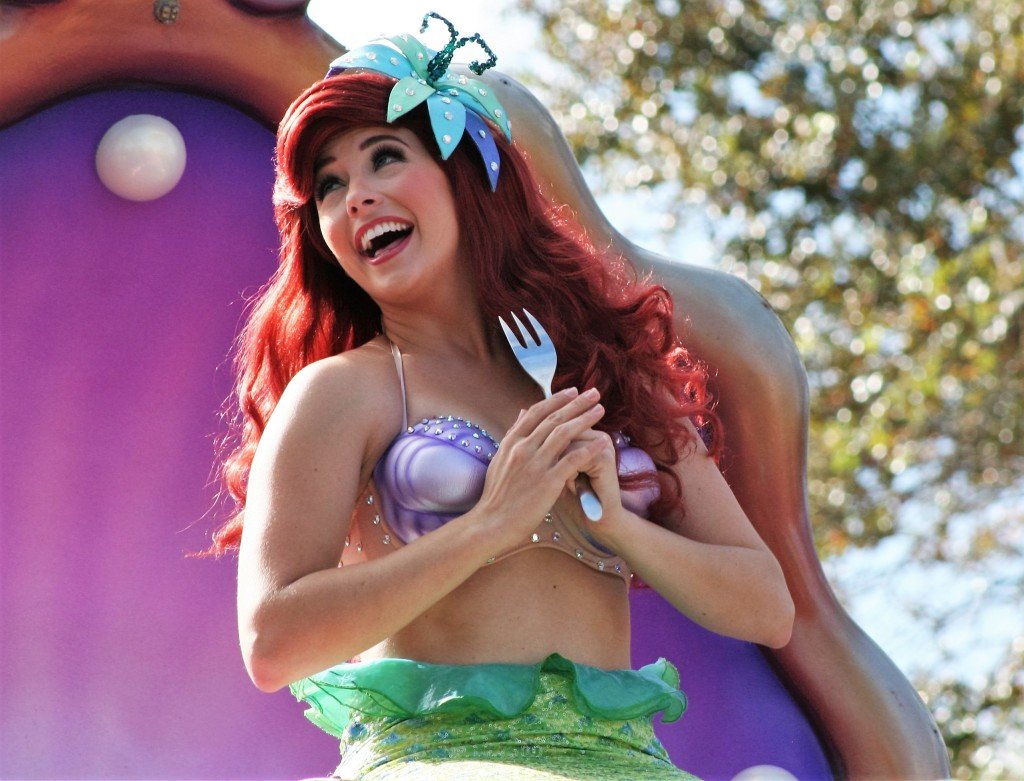 Where in the World:  The Little Mermaid is very popular in WDW.  Hollywood Studios has a live show/musical version called Voyage of the Little Mermaid.  A fun dark ride called Under the Sea: Journey of the Little Mermaid takes you through the story over in the Magic Kingdom.  You can also hop over and meet Ariel in her mermaid form next door at Ariel’s Grotto!  You can also catch a glimpse of her in the Festival of Fantasy parade.  Ariel in her human form does meet and greets in other various locations (like princess character meals).  There’s also a whole Little Mermaid section of the Art of Animation resort, with rooms themed after the movie.

What do you think of the Little Mermaid?