You are here: Home / At Home / The Grey Stuff recipe from Be Our Guest restaurant 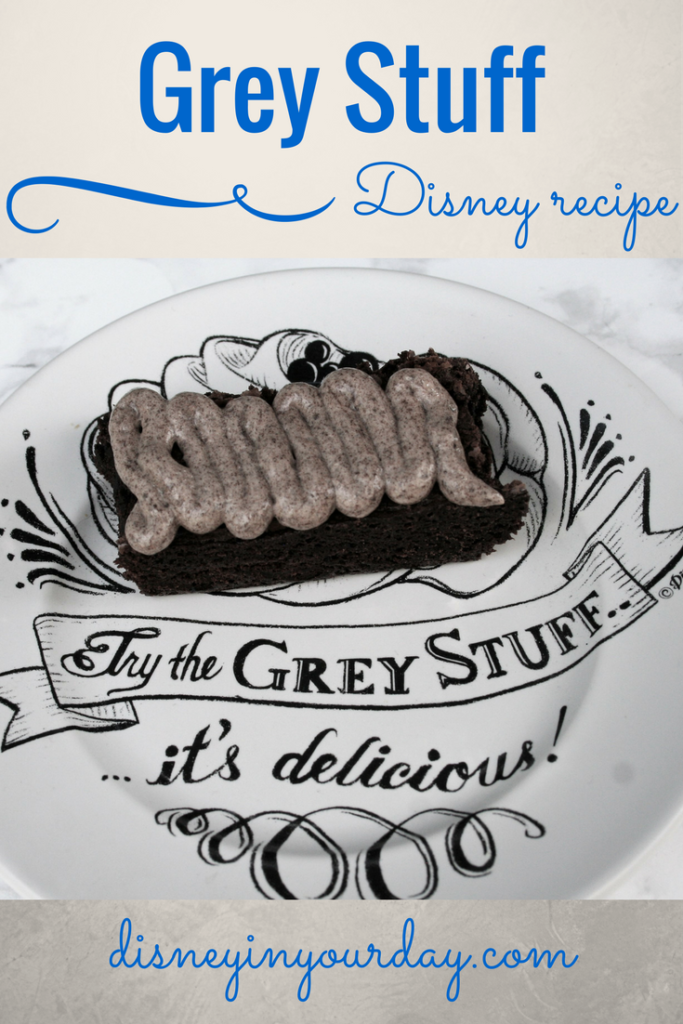 A couple of weeks ago I posted a recipe for the chocolate chip cookies from the Grand Floridian – and I was called out by my Chicago cast for not sharing any of the cookies with them.  So I promised that I would bake something for them as well.  Since our final performance was this past Sunday and we had an end of the run cast party, I knew I would make something for that.  And if I’m going to bake anyway I might as well do something fun and Disney themed that I can share on the blog with all of you!

I will tell you, what the dishes say is true – the grey stuff really is delicious.  It’s basically a cookies and cream mousse.  I’m not a big fan of just eating it on its own, though my husband easily could (and did) just spoon it out of the bowl.  I like it as a topping for something, so I made brownies to go with it.  At Be Our Guest restaurant they have also put the grey stuff on cupcakes.  So you’ve got options. 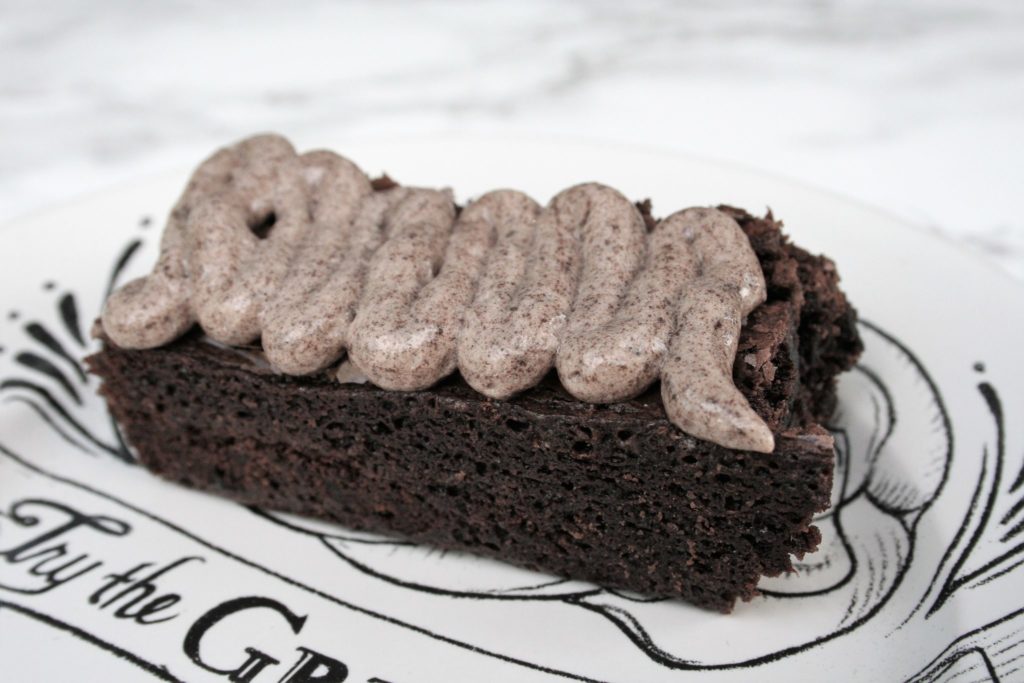 This also makes quite a large amount of the grey stuff.  I didn’t put a ton on top of the brownies so you could certainly be more generous than I was, but I will say that I probably used maybe 1/4 of what this recipe makes on top of a whole boxed brownie mix.  Lots of leftovers!

I also didn’t make them look quite as pretty as they could have.  At Be Our Guest the cupcake or cake is usually topped with edible pearl sprinkles.  I even bought them at the grocery store and then forgot to actually use them!  So use your imagination – or know that they’re not really necessary for this dessert if you can’t find them or don’t want to spend the extra money. 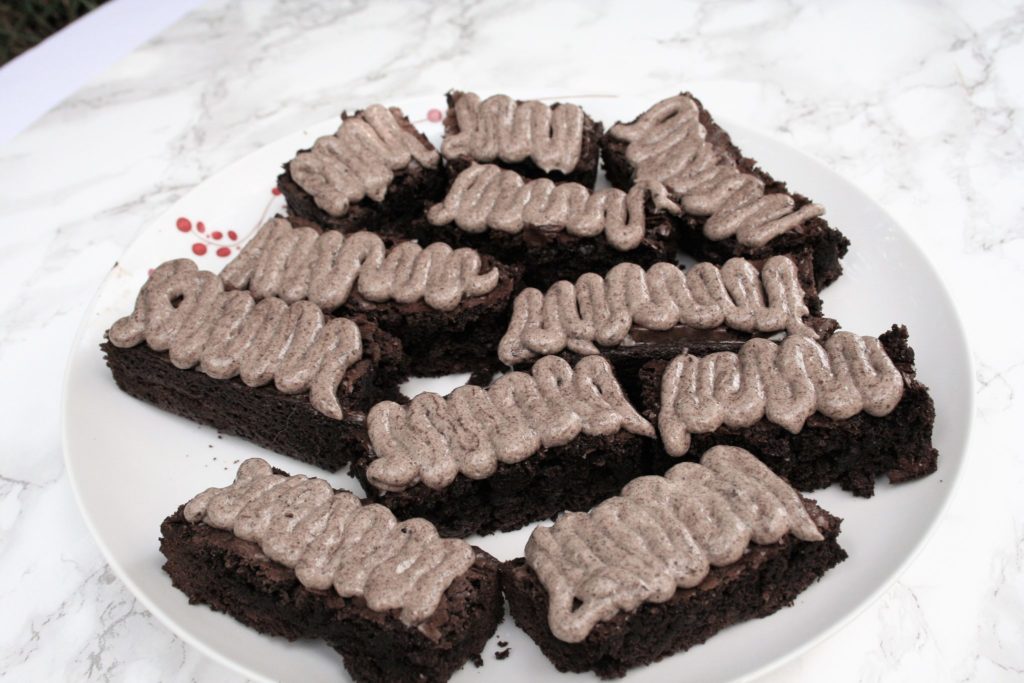 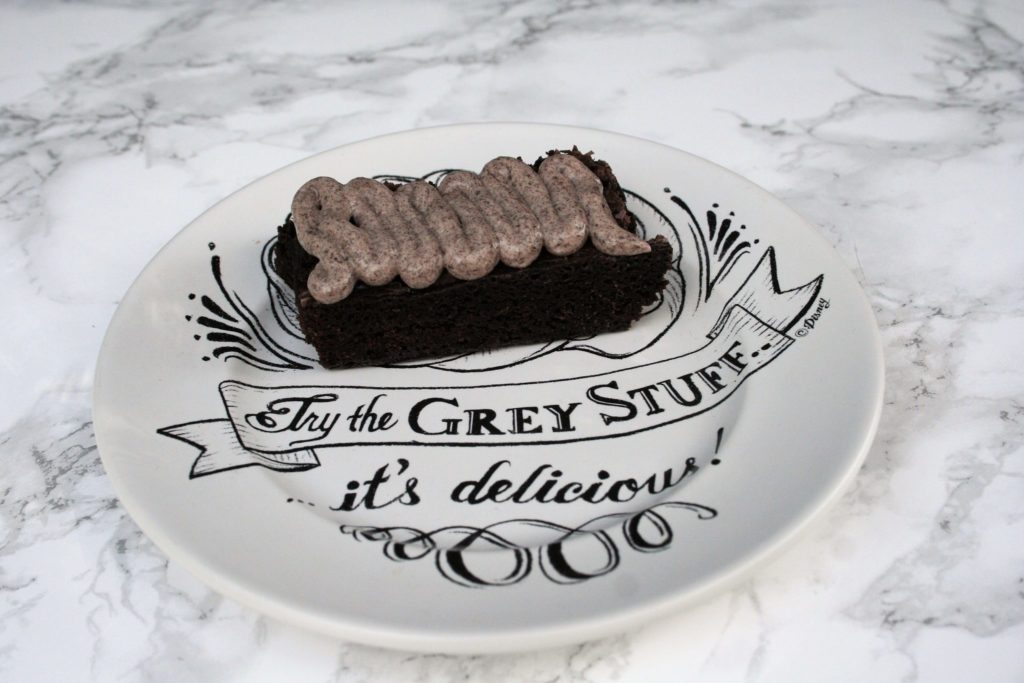 Have you ever tried the grey stuff at Be Our Guest?  Do you think it’s delicious?