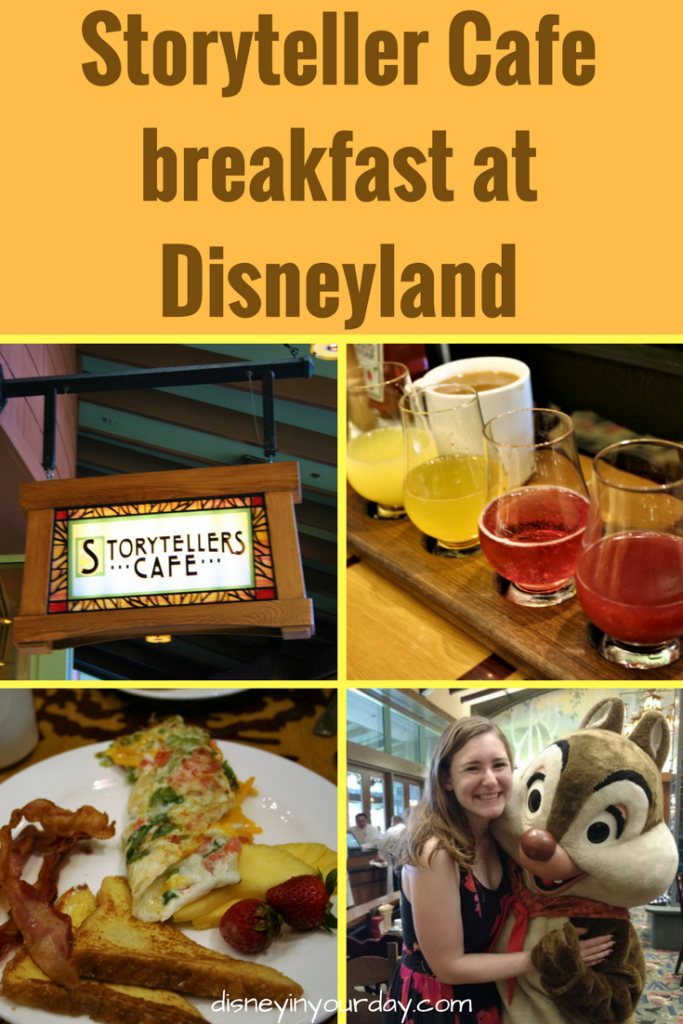 My trip to Anaheim in July was a bit of a whirlwind – I knew it was going to be busy, so we didn’t plan too many dining reservations.  The cool thing about Disneyland is that unlike Disney World, you can score a lot of last minute reservations – even when it’s pretty busy.  So when my friend and I decided we’d like to do a character breakfast, we were able to get a reservation for Storyteller Cafe for the next morning. 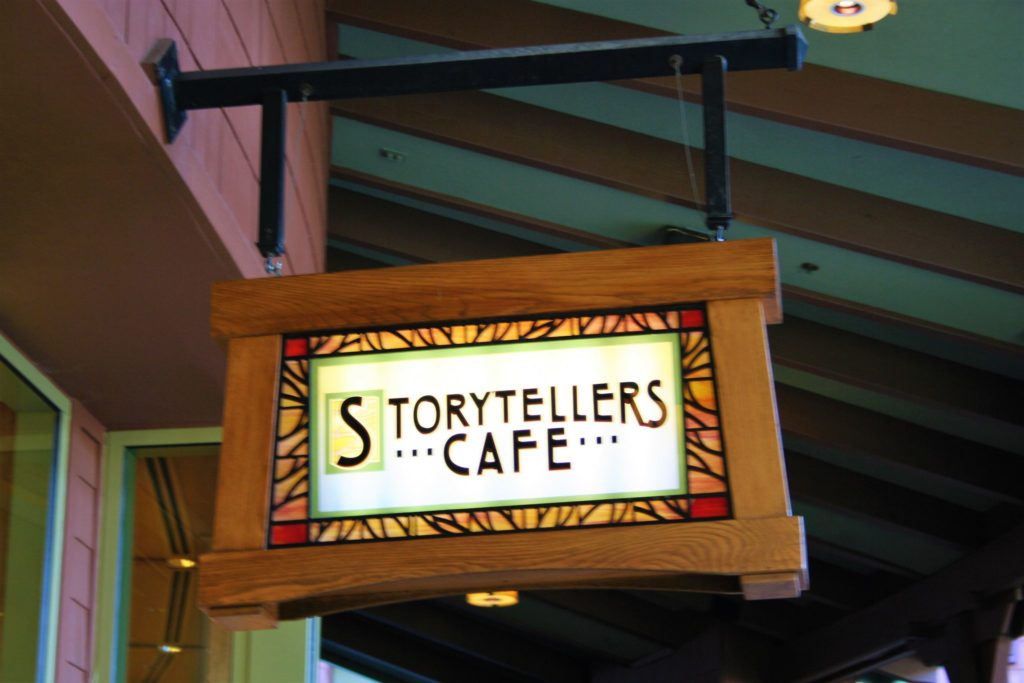 I’d heard about the Storytellers Cafe breakfast, hosted by Chip and Dale, and was looking forward to meeting some “woodland” creatures.  I was hoping for some rare ones or ones I hadn’t met before, but even just meeting Chip and Dale is always a good time!  The Grand Californian itself is a stunning hotel, and Storyteller Cafe is no exception. 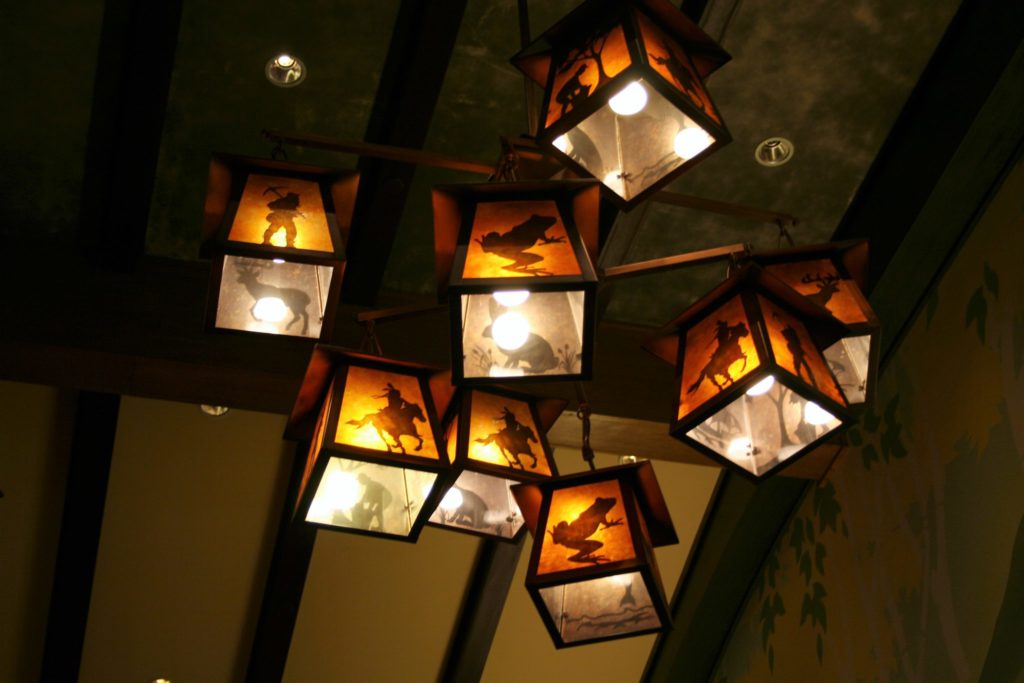 Our server was extremely friendly and came over to chat with us multiple times.  Basic beverages are included with the one price for breakfast (which I think was about $32), so we both got coffee to start the morning.  However, we also each opted to get a mimosa flight. 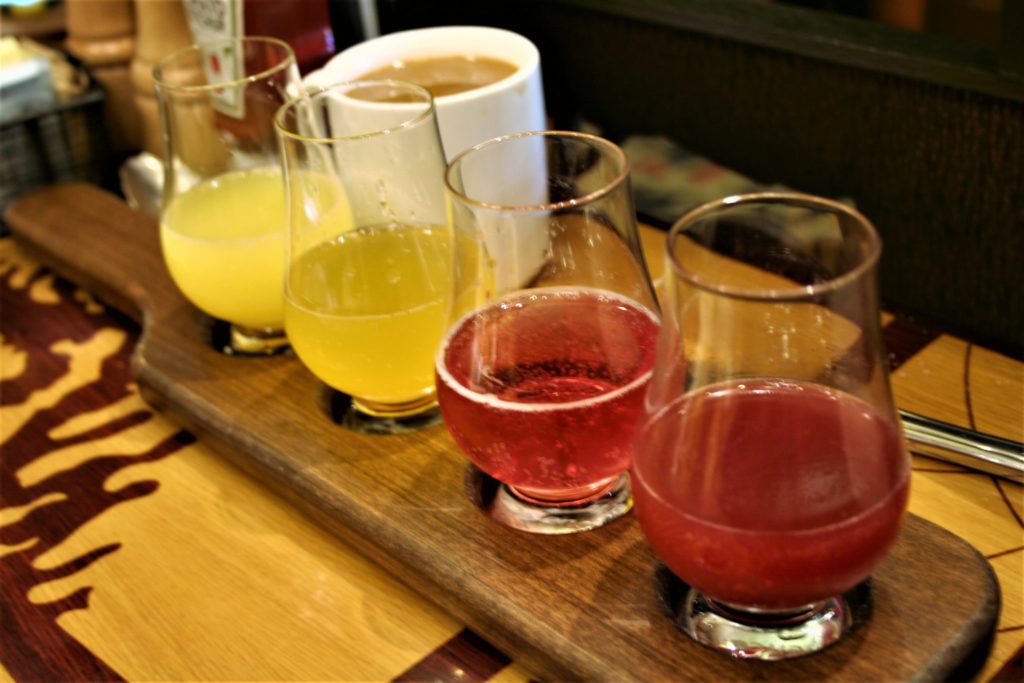 The flight had 4 different flavored mimosas on it.  There was your typical orange juice mimosa, a peach mimosa, a raspberry mimosa, and a cranberry mimosa.  They were actually stronger than I expected, considering they’re mimosas and Disney is usually pretty heavy on the juice in their mixed drinks.  I think the cranberry one was my favorite, because it added just the right amount of tartness.

The breakfast itself is a buffet, so you can help to yourself to whatever you like and have as much of it as you like.  There was a chef available to do custom eggs, including omelettes.  I was able to design just the kind of omelette I like – an egg white omelette with tomatoes, peppers, bacon, and cheese. 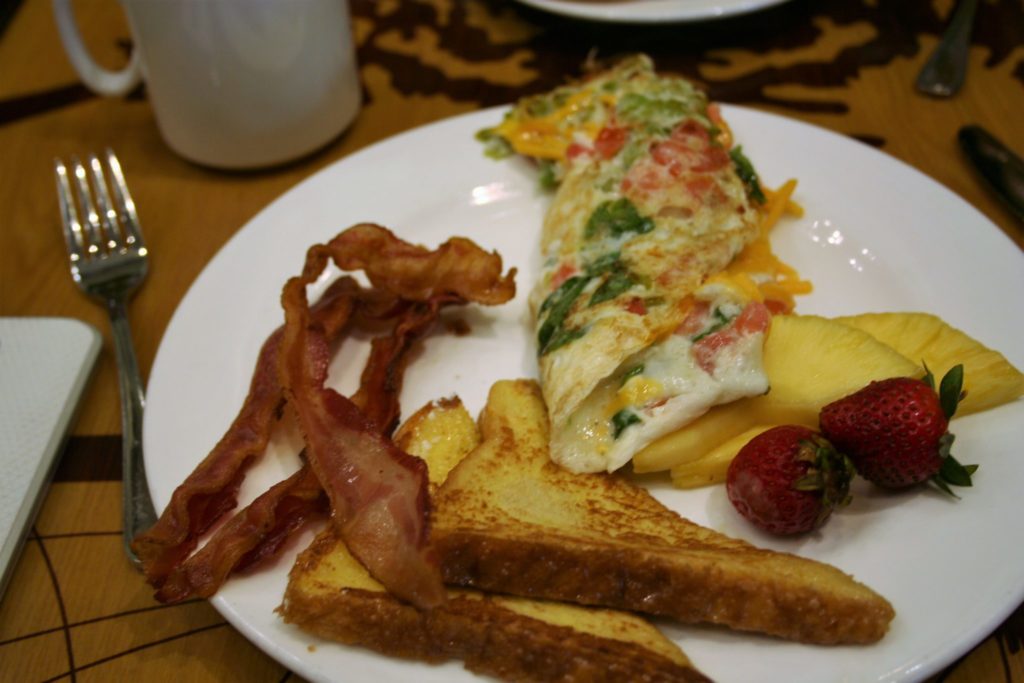 Our server particularly recommended the french toast.  I’m not normally huge on french toast but since he really liked it I decided to give it a try.  It was really, really delicious.  It was a caramel toast and so moist that you didn’t even really need to use syrup on it.

We grabbed a couple of other items off the buffet as well.  I had a side of bacon and some fresh fruit, and my friend and I got a plate of all the different pastries they had to share.  We ended up really only taking a bite out of each of them since we were so full by that point, but they were definitely tasty pastries! 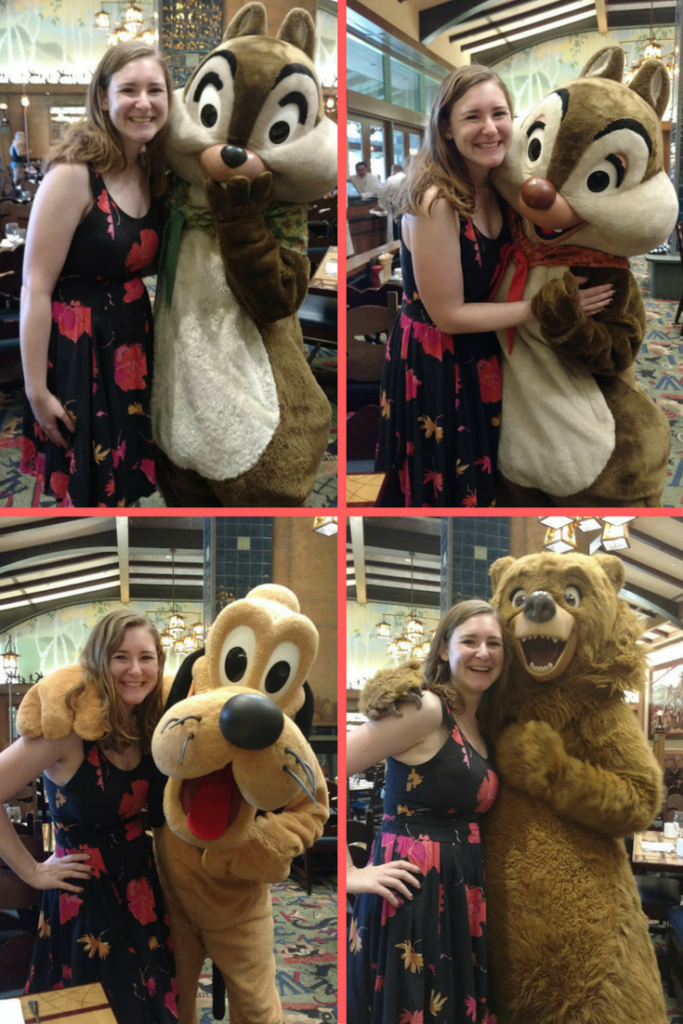 And then of course there were the characters!  We met Chip and Dale, Pluto, and one of the characters from Brother Bear, I think the name is Kenai (I have to admit I haven’t seen this movie yet!).  The restaurant was relatively empty, so the characters came by several times.  We got a bunch of photos and some fun interactions.  I was eating my food and didn’t realize Chip and snuck up behind me.  My friend got a pretty funny video of that!  He also volunteered to tie my friend’s shoe for her. 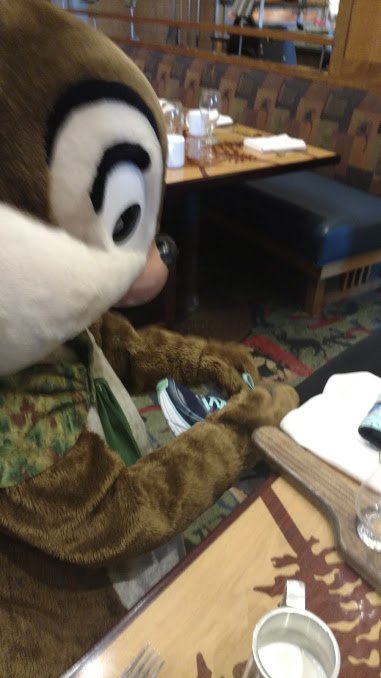 Overall we had a really nice breakfast at Storyteller’s Cafe.  The characters had some great interactions and the food was delicious.  Add in a mimosa flight and it was the perfect way to start a day at Disneyland!

Have you been to the Storyteller Cafe breakfast?  Which character would you most want to meet?