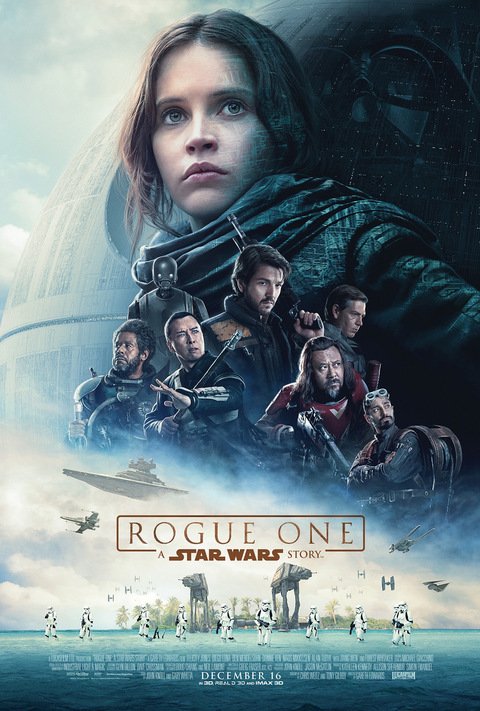 Let’s start this review with a discussion of how movies are subjective, and not everyone likes the same things (that may give a hint to my feelings towards the film).  One person has certain preferences that may cause them to love a movie, while someone else different isn’t as big a fan.  I consider myself a casual Star Wars fan.  I’ve very much enjoyed the original trilogy and the Force Awakens.  I don’t know the names of all the planets and every minor character.  In general I find myself most interested in movies with strong characters that I can relate to, followed by films that pose interesting moral questions, and a really interesting (or surprising) plot.

In the case of Rogue One, there is a definite group (probably large group) of people who will think it’s great.  Unfortunately, I am not one of those people.  And while I generally try to keep my reviews spoiler free, there will be some spoilers here because I don’t know any other way to talk about this one.  I’ll give plenty of warning.

I could be wrong but I think hardcore Star Wars fans will probably enjoy it.  As a casual fan I didn’t, and here’s my personal reasons why.  If you want to read a really solid review that’s better written than my random thoughts which I agree with pretty much 100%, check out what the New York Times had to say about it.

The first 30 minutes of the film was a flurry of character introductions, visits to a number of different planets, and other technical references.  I couldn’t keep track of who was who or where we were.  It was bad when an hour and a half into the movie I had to ask Jason to remind me who exactly one of the major characters were.  *slight spoilers* – Another thing is that I kept myself entirely spoiler free for Rogue One – including the plot.  I did not know that it takes place right before A New Hope.  I had no idea when this was supposed to be happening, which added to my confusion and took me awhile to figure that out as well.  They did not have an opening crawl to set things up.  I think they were trying to distance themselves from the other Star Wars films, but a brief little summary of where I was and when I was probably would have helped immensely.

And probably the thing that was the worst for me was the fact that the characters really lacked personality, for the most part. You didn’t really get to know any of them at all.  It not only made it harder for me to keep track of them, it also made me not really care about the movie.  I’m someone who needs strong characters. 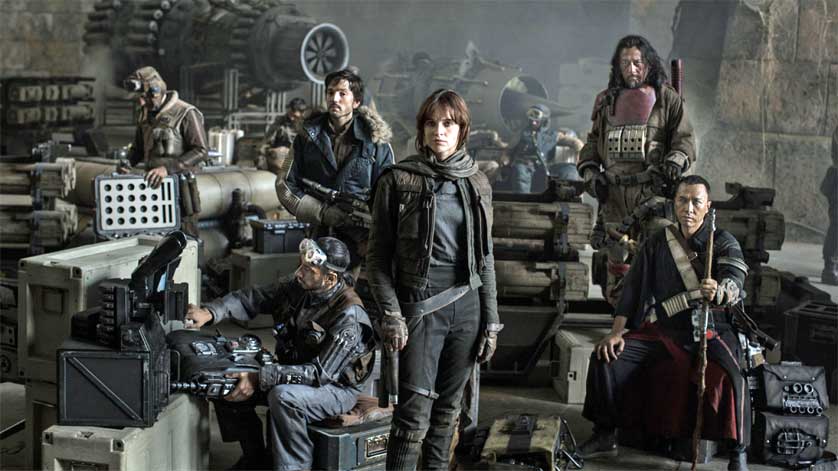 At least they look (and are) totally badass. Even if I don’t really know anything about them.

The movie really turned out to be more of a gritty action/war movie.  Which is totally not my thing at all.  I enjoy sci-fi and I even like campy sci-fi like some of the original.  The Force Awakens had a good balance of action, character development, and humor (despite its flaws).  It could have been a really gripping spy movie, but it wasn’t that either.  It was not the type of movie I was expecting and so I did not care for it.  There isn’t even a lot of plot to explain, which tells you most of the film is fighting and things blowing up.  Here’s what I’ve got:

Jyn’s father helped design the death star, but he wasn’t totally into the imperial side of things – so he created a flaw that would allow the death star to be destroyed.  Jyn and a ragtag group of rebels go after the death star plans so that they can have the key to its destruction. 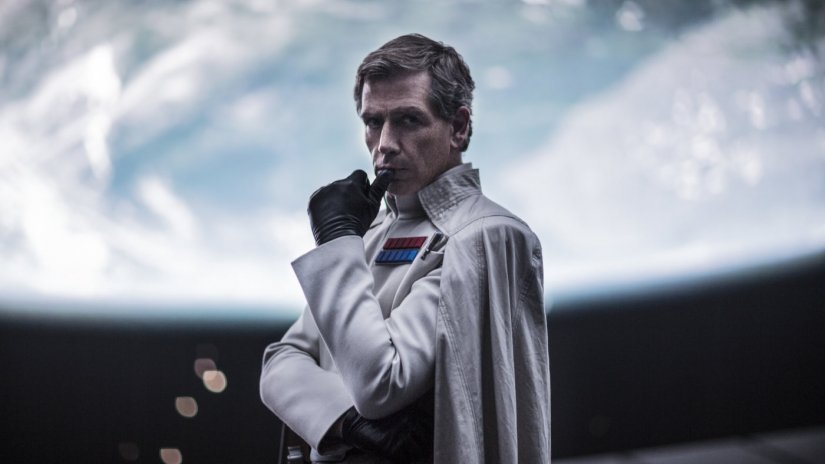 “I’m the bad guy. Be jealous of my epic billowing cape.”

About halfway through you realize that basically everyone in the film has to die (Well, most people probably realized it earlier – I’ve heard references to a line from New Hope which establishes that, but again as someone who isn’t a diehard fan I don’t have those quotes in my back pocket.  And don’t forget it also took me awhile to place where and what this movie was).  And, well, they do.  Pretty much every character dies at the end.  Which is fine from a plot standpoint.  And maybe you might be glad you didn’t get to know the characters well since they all died anyway.  But for me, I’d rather feel something when they died.  I’d rather cry than be like “oh look, they just blew up.”

That being said, there was one character I really enjoyed – an imperial droid named K2-SO, who had been reprogrammed to be on the side of the rebellion.  He brought some much needed comic relief to the movie, in a really fun, snarky sort of way.  I also enjoyed the blind monk, who believed strongly in the Force – he was one of the only characters who showed some sort of emotion that resonated with me. 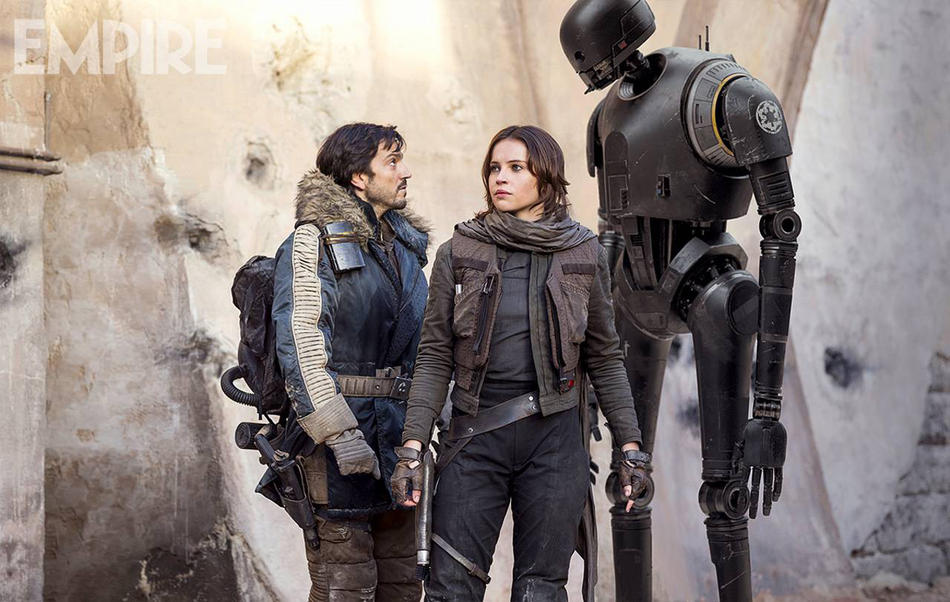 Also, the acting was pretty solid – I thought everyone did the best they could with what they were given, more or less.  Felicity Jones plays a strong female heroine.  Alan Tudyk stole the show as the droid K2-SO, and Forest Whitaker was good as Saw Gerrera (though I’m still not really sure what the point of his character even was).

All in all I know that many people will love Rogue One, but I’m just not one of them – the main reason being that it’s just not my genre of movie.  I do think if I were to watch it a second time I would probably get a little more enjoyment out of it because I would have a better understanding of what was happening and where it fits in the timeline.  My understanding is that there were a lot of references or easter egg type things for Star Wars fans, but most of those were lost on me.  I’m glad that the Star Wars fans are so happy with it, but disappointed that it wasn’t a movie for me.

Have you seen Rogue One?  What’s your opinion on it?