You are here: Home / At Home / Star Wars Battlefront review

This is the third time I’ve sat down to write this review for the new Star Wars Battlefront. My indecision over what to write is indicative of my personal feelings for this game. That is, I cannot for the life of me decide if this is a good game or not. It seems like every time I’m talking about it I either get really excited and cannot wait to hop on as soon as I can, or I end up bashing it and wondering why I ever got it in the first place.

Battlefront truly captures what I would imagine it feels like to be in the middle of an epic battle in the Star Wars universe. There are constantly explosions all around you, blaster fire from different directions, x-wings and TIE fighters flying overhead… It all comes together brilliantly. The graphics are very impressive, and the mix of the familiar John William’s score with the new music is seamless. The sound effects are the typical staples of the Star Wars franchise. Blasters, lightsabers, fighters, etc. all bring back the nostalgia of when we first heard them watching the original trilogy. 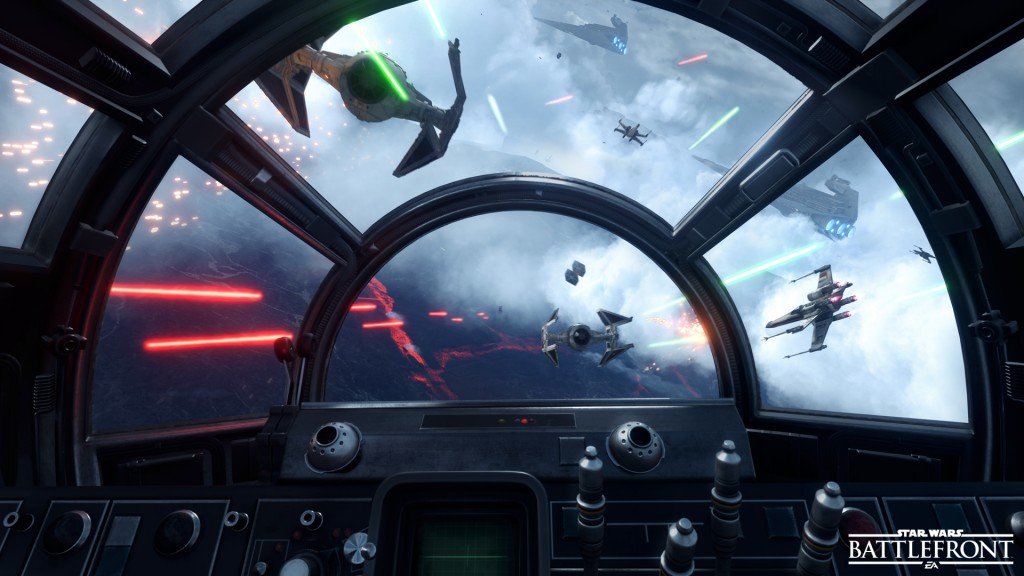 Star Wars Battlefront offers nine game modes across four planets, with each planet being tweaked to accommodate the size of the game (The same map that comfortably holds 12 players would become overcrowded when playing a 40 person game). The nine different game modes vary enough to keep things interesting, but a few are slightly derivative of each other and seem repetitive. There are also single player or co-op “missions” that don’t offer too much other than a break from playing with other human beings.

As brilliant as the battles are, they feel nearly pointless. There is no overarching goals or plot to Star Wars Battlefront. The game is simply designed to simulate a battle between the Empire and the Rebellion. And this is where my confusion over Battlefront takes place. When I’m caught up in all the good this game has to offer, in the middle of a dog fight or sprinting across a battlefield, I love it. I feel truly entrenched in the universe EA has created. Once the battles over, the next one begins and… that’s it. Rinse and repeat. You won’t be getting emotionally attached to the Rebels or the Empire, either. Regardless of which faction you prefer, you’ll be switching back and forth every game between the two. This has led to multiple moments of me staring down an enemy soldier wondering “Wait… which side am I on again?” only to be blown away. 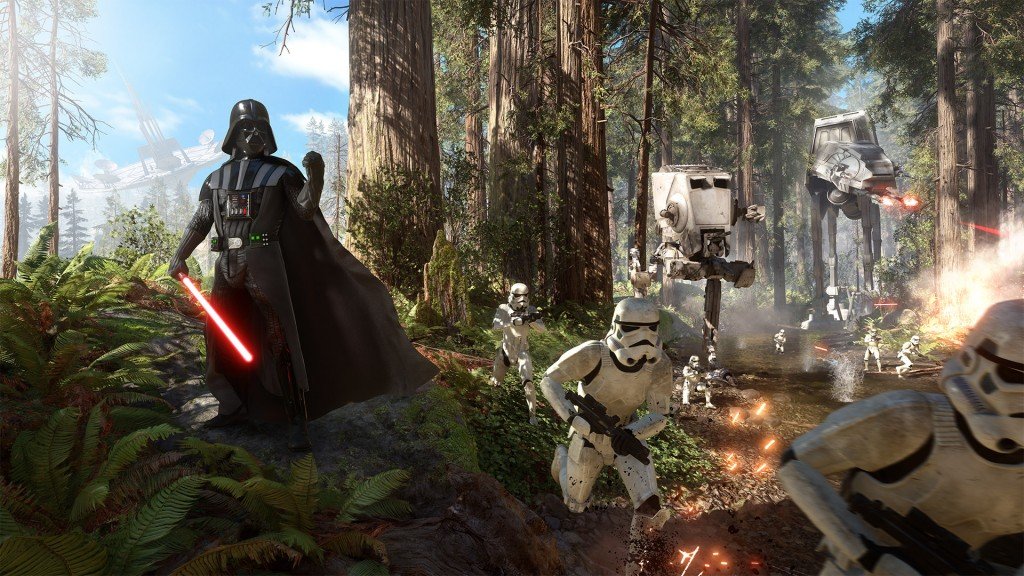 The lack of incentive to keep playing is what really holds Battlefront back. Other than to improve yourself and some very minor unlockables, you’ve essentially done everything there is to do once you play each game mode. After every match you earn experience, which raises your level, as well as earn a number of credits. These can be used to buy different guns, equipment, unlock different faces for your character, or different (rarely used) emotional expressions to use in game. Very early on I found a gun I like, equipment I like, and a character that suits me fine. Most things will be available for purchase after only a few in game levels; it’s just a matter of how you spend the credits. But once you find something that you feel comfortable with, you’re basically earning credits to unlock more stuff for the sake of unlocking it.

The only other motivation to keep playing is the in-game diorama. These are unlockable figures/ ships that you have to accomplish certain tasks to earn. In a game that already has achievements/trophies (depending on your platform) it feels very redundant. The diorama figures also don’t do a great job of tracking your progress. For example, the Boba Fett figure unlocks after recording a kill with every weapon and using every piece of equipment. However it does not tell you what you have already used. The idea of the diorama as a visual manifestation of your progress through certain things sounds good on paper, but overall it just ends up as an unnecessary addition. 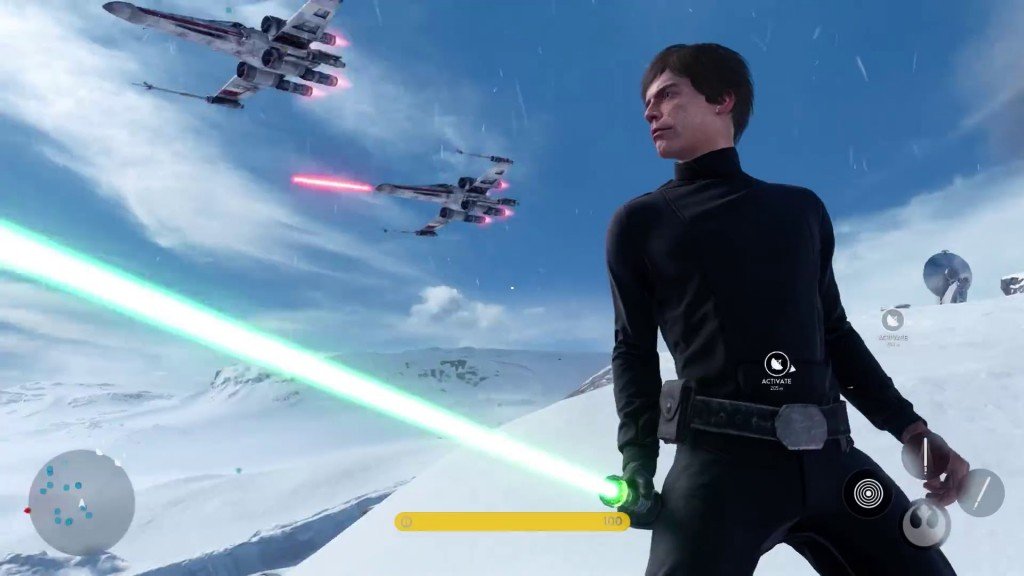 Overall, it really feels like Battlefront is a shell of a game. You have beautiful gameplay and a rich environment, but not much else. Often times, I find myself thinking that Battlefront is more the foundation upon which a greater game could be built. The gameplay is entertaining enough that it provides reason to come back the first few times, but eventually the desire to play fades as there are no real goals or incentive to keep playing. EA has plans for four downloadable addons at about $15 each, or a season pass including all four for $50. Downloadable Content (DLC) has been a divisive top amongst gamers for years now, with some viewing it as a chance to buy more content they would have otherwise never had, and others viewing it as selling the finishing pieces to a game you already bought. With an already hyper-shallow game, this truly feels like EA sold us half a game, and now for almost the price of a second game, are selling the missing half. So while Star Wars Battlefront is an entertaining experience, it ends up being a very shallow game, with more content only available if you open your wallet.

Have you played this game?  What are your thoughts on it?