You are here: Home / Disney World / Should I buy the Mickey’s Not So Scary Halloween Party pass? 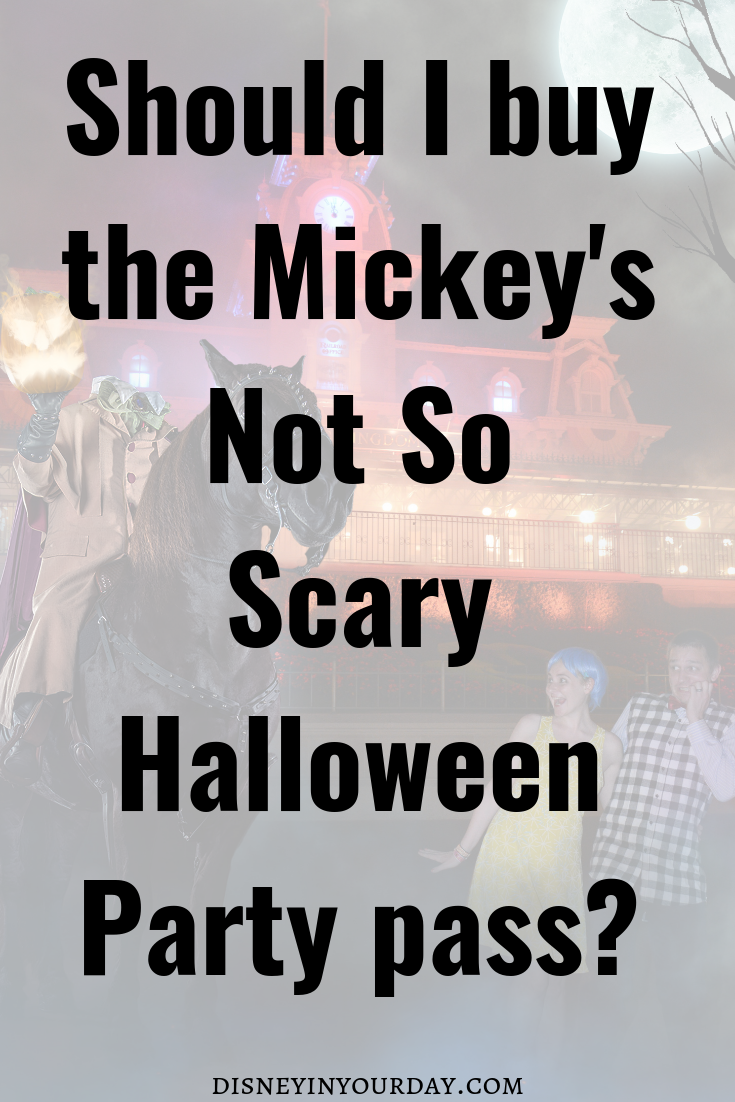 Disney recently introduced something new for their Halloween parties – the party pass. Mickey’s Not So Scary Halloween Party now takes place on a record 36 nights. The parties began August 6th and run until October 31st. For $300 you can get a pass that will get you into all of the Halloween parties (except the one that’s actually on Halloween).

You might be wondering to yourself, “why would I want to go the Halloween party so many times?” or “Who is this pass going to be best for?” or “could this really be worth it?” I’m sharing some of my thoughts and observations on why it might be a very good deal! 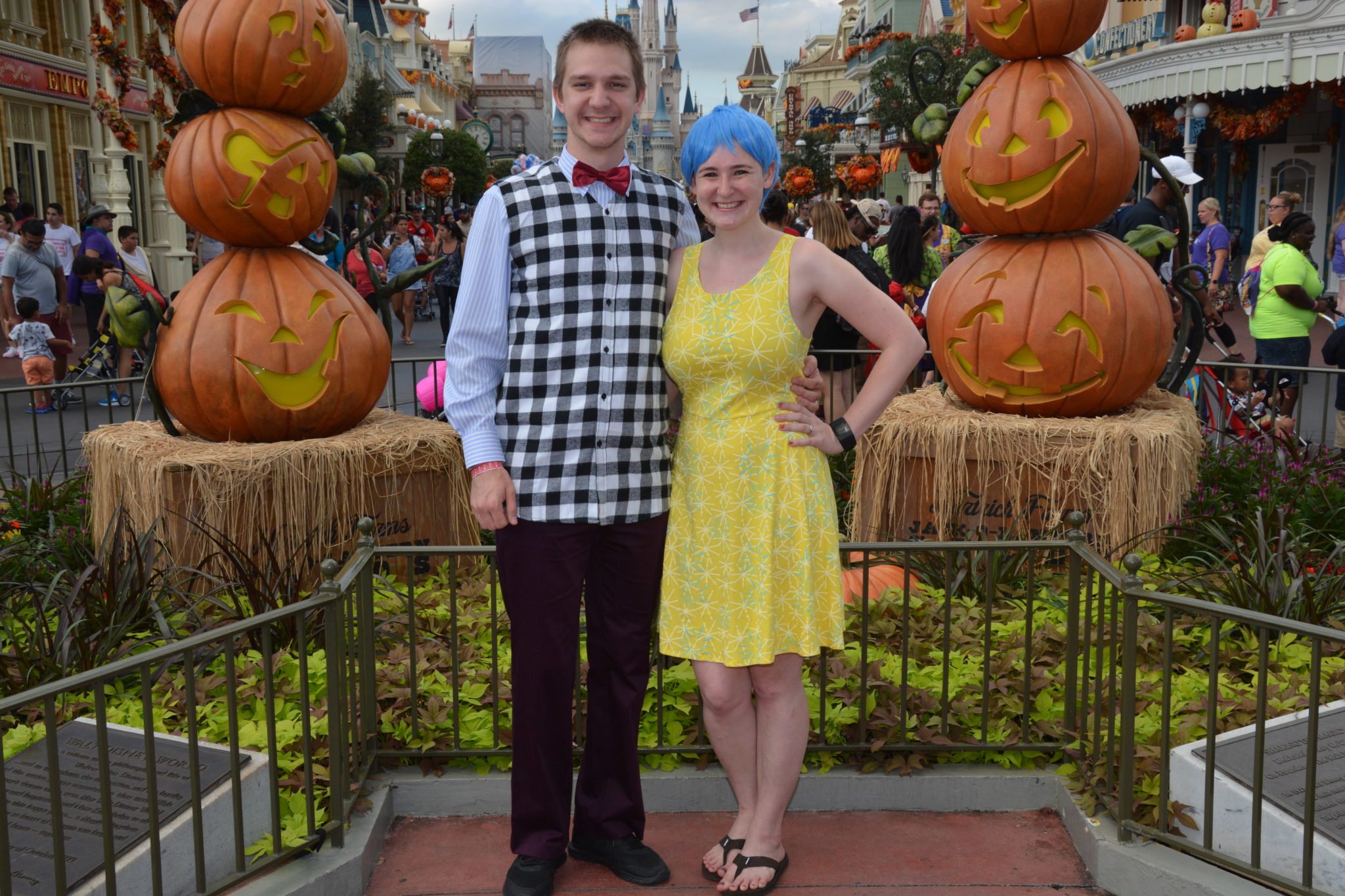 Who is this pass best for?

There’s no doubt that this pass is aimed primarily at locals. It’s for people who will be able to go to the party multiple times throughout the next 2 ½ months. The pass is $300, and entrance to the party varies… but is usually around $100. You’d have to go 3 times to make the pass worth it, and 4 times to really get a great value from it. There may be the occasional guest who is going down for a week and wants to hit the party all 3 times it’s happening during their trip, but for the most part this will be for people visiting throughout the course of the season.

That being said, it may not be for all locals. It will be great for people who love Halloween, have a lot of free evenings that they’d like to spend in the parks, and want to do a lot of character meet and greets. 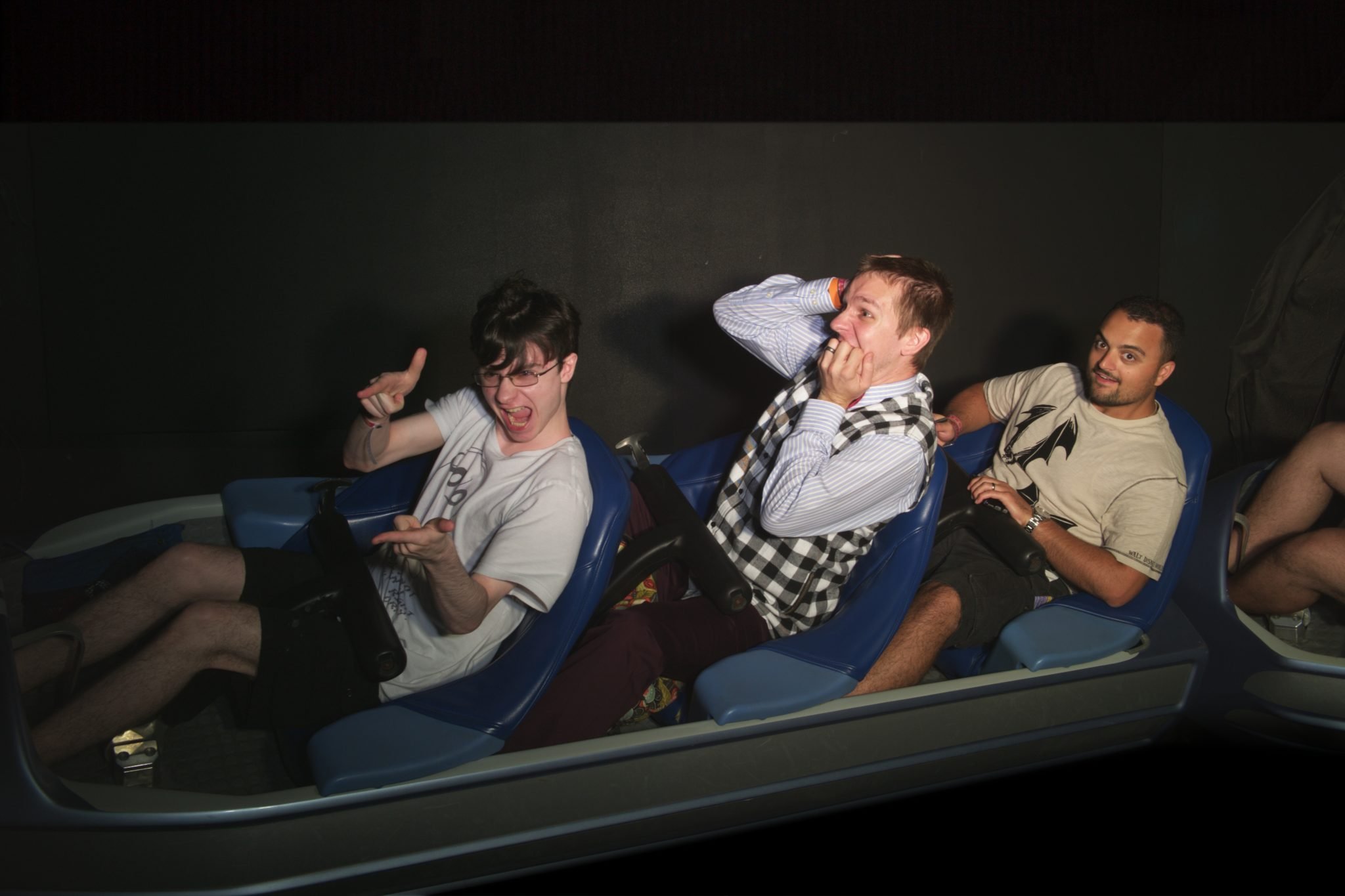 I mentioned this a bit above, but it will most likely be worth it if you’re going to attend Mickey’s Not So Scary Halloween Party 3 times, and will definitely be worth it if you’re going 4+ times. That’s the monetary value. If the pass is worth it for what you get… I’ll discuss it more below, but I think the pass actually takes a lot of the “pressure” off of the Halloween party. There are so many things happening at once that you can’t possibly do it all in one night. Being able to go multiple nights allows you to do and see so much more, and stress less about it.

If you have any idea of how many times you might attend the party you can even calculate the exact value. Hey, if you went to all 35 parties you’d only be paying about $8.60 a night! 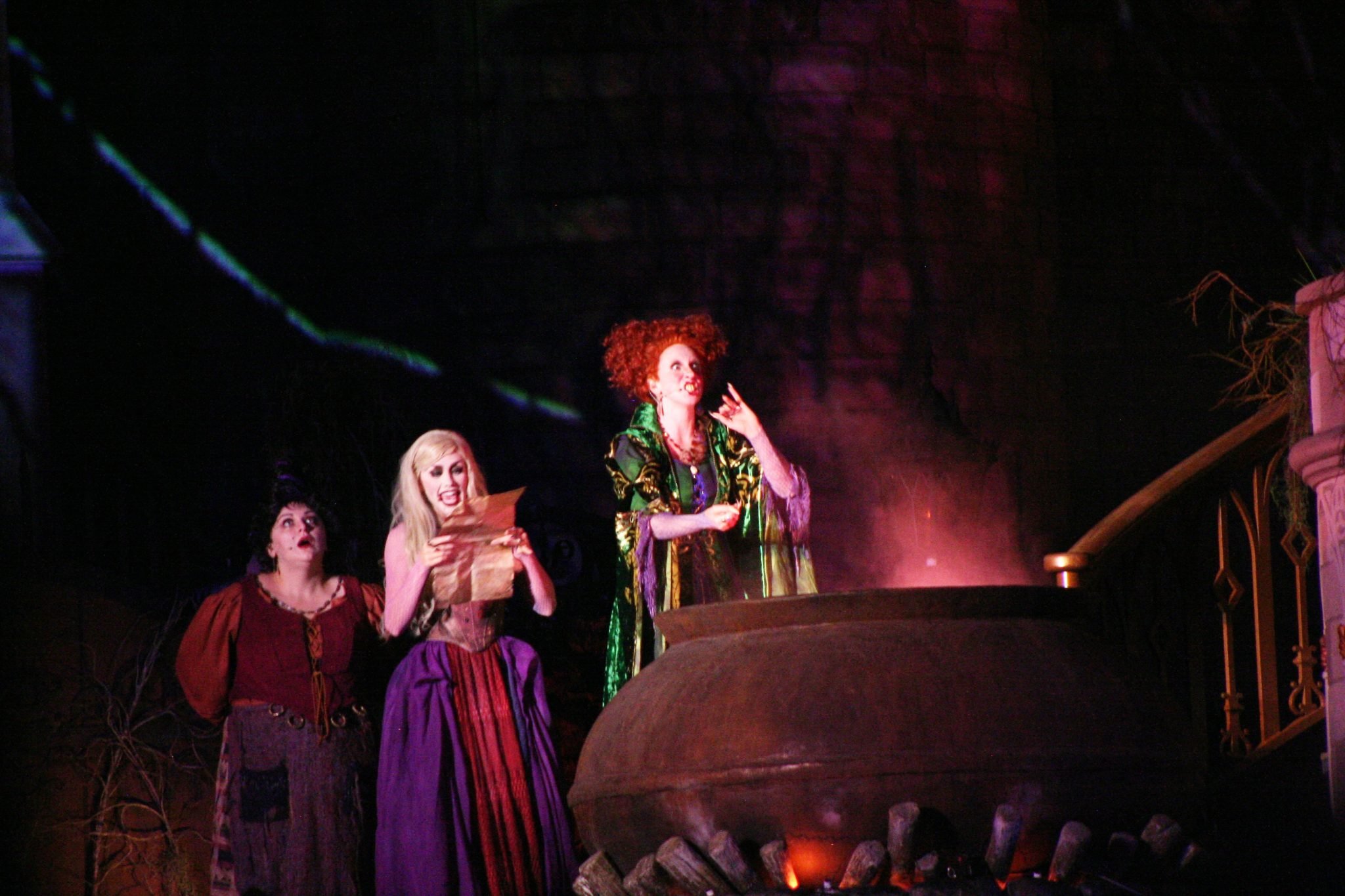 Why would you want to go to the party so many times?

Disney packs a ton into their halloween party nights, and it’s impossible to do it all. Spreading it out over multiple parties would help you do as much as you can. There are a lot of character meet and greets, a stage show, parade, fireworks, dance parties, trick or treating, and special snacks to try.

You could spend an evening just taking in the “main entertainment.” Watch the parade, Hocus Pocus castle show, and the fireworks. Doing those things takes up more than half the party – longer if you want to wait for a good spot. Another evening could be spent just exploring the dance parties, trick or treating, and meeting a few characters. Depending on the characters you’re interested in meeting, you could just do that for a night or two!

And don’t forget many of the rides are open during the party. Since most people are busy doing all of that other stuff mentioned above, the wait times are fairly short. It would be a good opportunity to ride a bunch of the attractions you enjoy at Magic Kingdom.

Another fun thing at the Halloween party is dressing up in costume. Adults aren’t normally allowed to wear costumes to the parks, so this is a great opportunity! If you love dressing up and doing costumes you can try out several different ones in the parks if you have the pass. 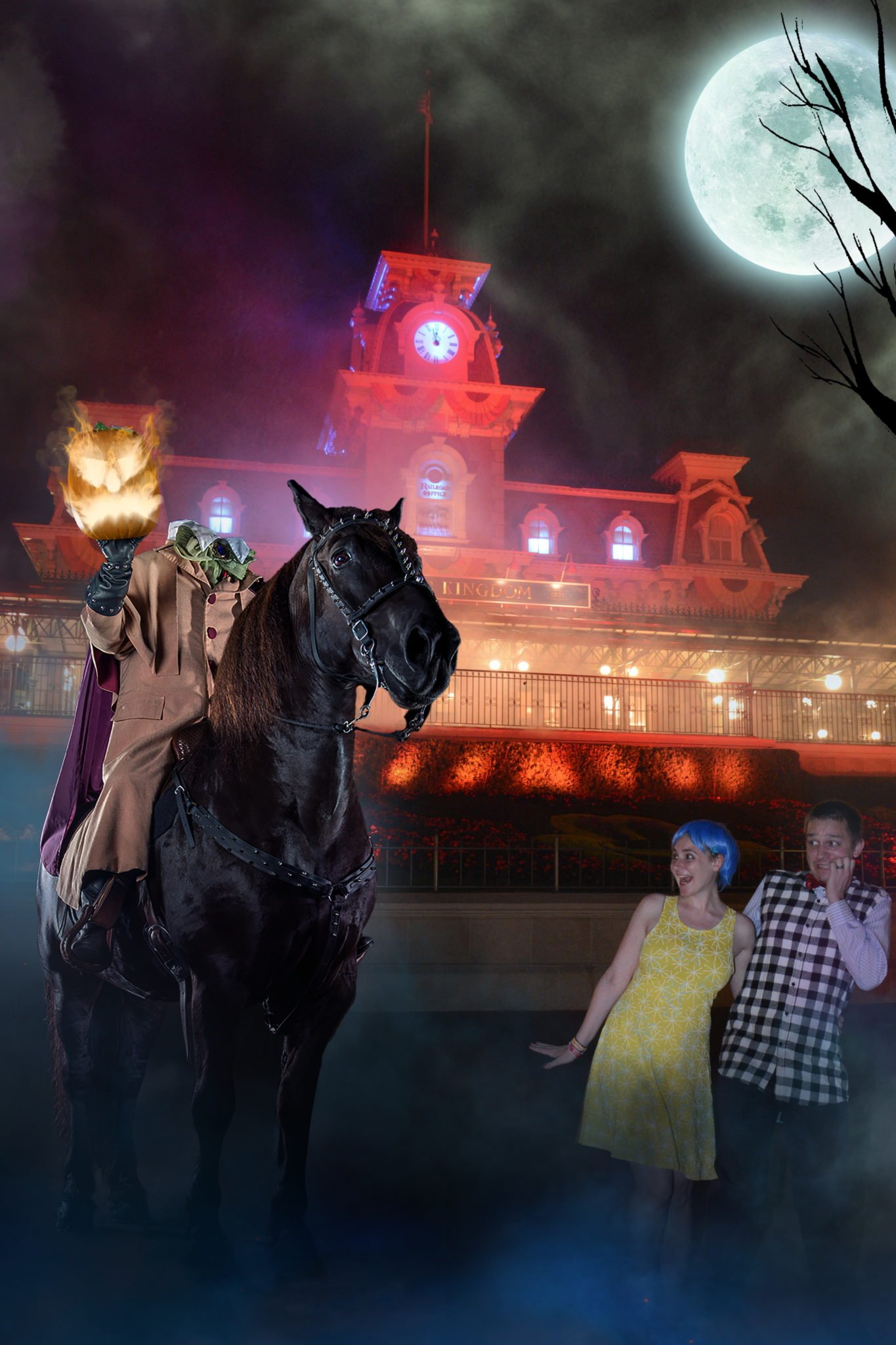 How will this affect crowds?

That remains to be seen, and will depend on a number of factors. How many people will purchase this pass? How many parties will they actually attend? Will Disney sell fewer “regular” tickets for the event anticipating some extra crowds from the pass? (Doubtful). All we can do is wait and see what happens.

How do I get my tickets?

You can’t get them online right now, but you can purchase them at Guest Services or the ticket window. You can also upgrade a party ticket you’ve already purchased to the pass. The price is $299 for adults (10 and up) and $284 for ages 3-9. No discounts available.

What if I already went to a party this year and want to upgrade to the pass?

Good news! Even if you’ve already attended the party, you can still upgrade to the pass and get a refund for the cost of your party ticket applied to the pass. It may take a little bit of a wait at guest relations/the ticket window, because it’s a little more difficult than taking care of a party ticket that hasn’t been used yet, but you should still be able to do it!

Would you get the Mickey’s Not So Scary Halloween Party pass?