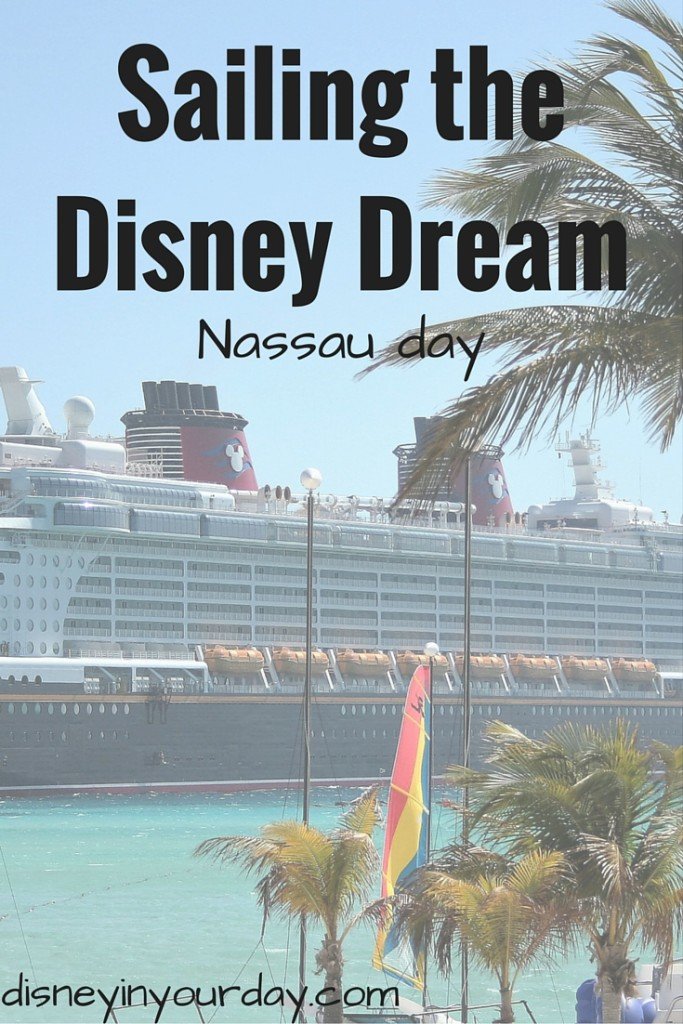 You can read about our arrival day on the Disney Dream here!

Our first full day on the ship and we were docking in Nassau – though Jason and I were not planning to get off the boat!  We’ve been to Nassau before and we really wanted to experience the Dream and what it had to offer.  I was still adjusting to waking up a normal time due to the races that weekend, so I was up rather early and we had breakfast – then first stop was off to the Rainforest Room for some reading and relaxation!  It was a great view from there today since we were in port.

While we were near the fitness center I actually went and did a yoga class while Jason stayed in the Rainforest room.  I haven’t done yoga in awhile because I don’t really have the budget for it, but this was free and it was a good session! 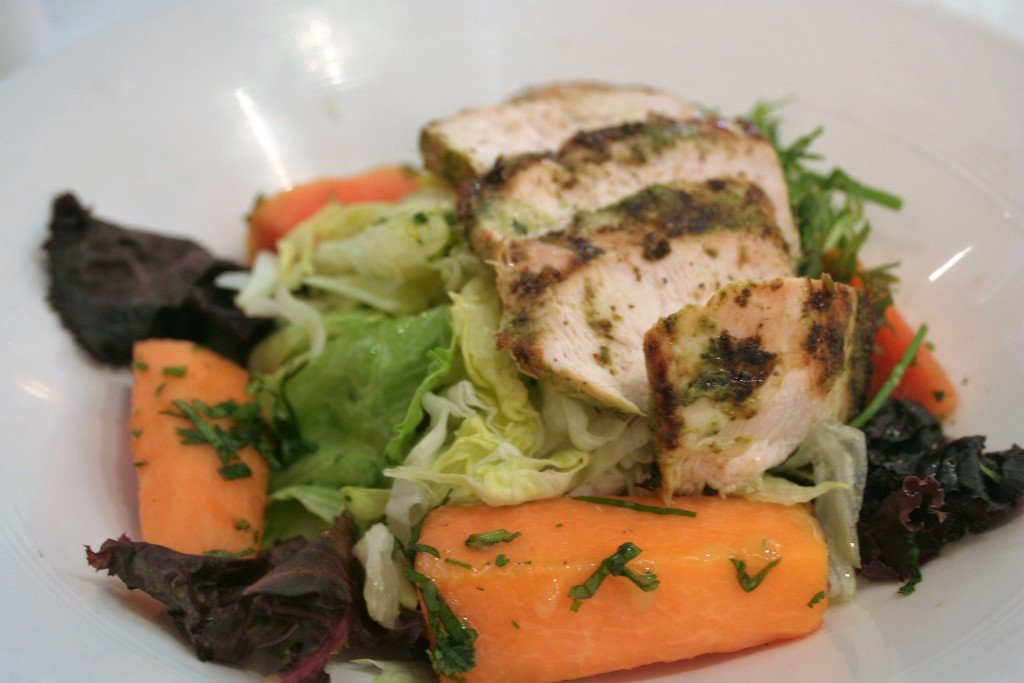 Once I met up with Jason again we went to lunch and decided to do a sit-down lunch that they were offering in Royal Palace.  Unfortunately, we weren’t overly impressed with the lunch.  My salad was quite good, but Jason didn’t like his sandwich at all.  Plus, the service was super slow.  Since it’s open seating lunch we didn’t have our regular dinner servers.  This one disappeared for almost half an hour.  We waited so long after we finished our entrees to get our dessert.  I almost left and the table next to us actually did get up and leave – they’d waited almost 45 minutes for their entrees at that point, so they ditched it and went to the buffet.  Not only that but the restaurant was freezing – even with a sweater I was miserable.  So that was one of the disappointments of the cruise – Disney Cruises are normally known for such good service! 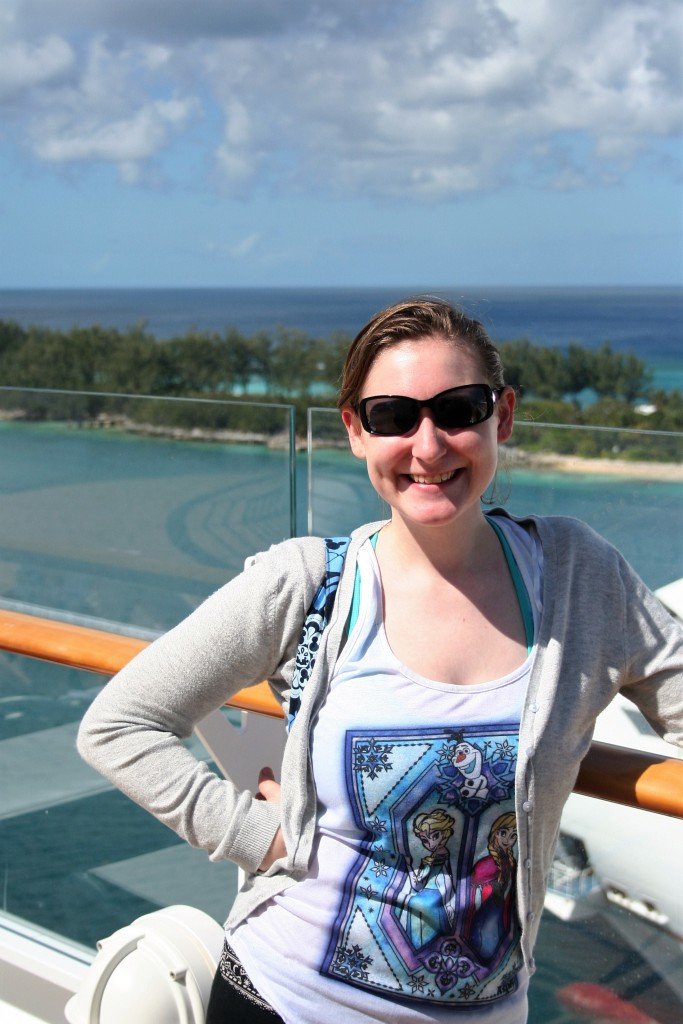 After lunch I needed to get warm so we spent some time up on the pool deck – they have a nice adults only pool area that was never too crowded while we were there.  So we lounged around, soaked up the sun, and drank some yellow birds (the drink of the day!).    We then went to the movie theater to watch a Zootopia preview.  While the movie has already come out now, at the time it hadn’t and I wasn’t super excited for the film.  But this 13 minute preview totally changed my mind and got me excited to see it! 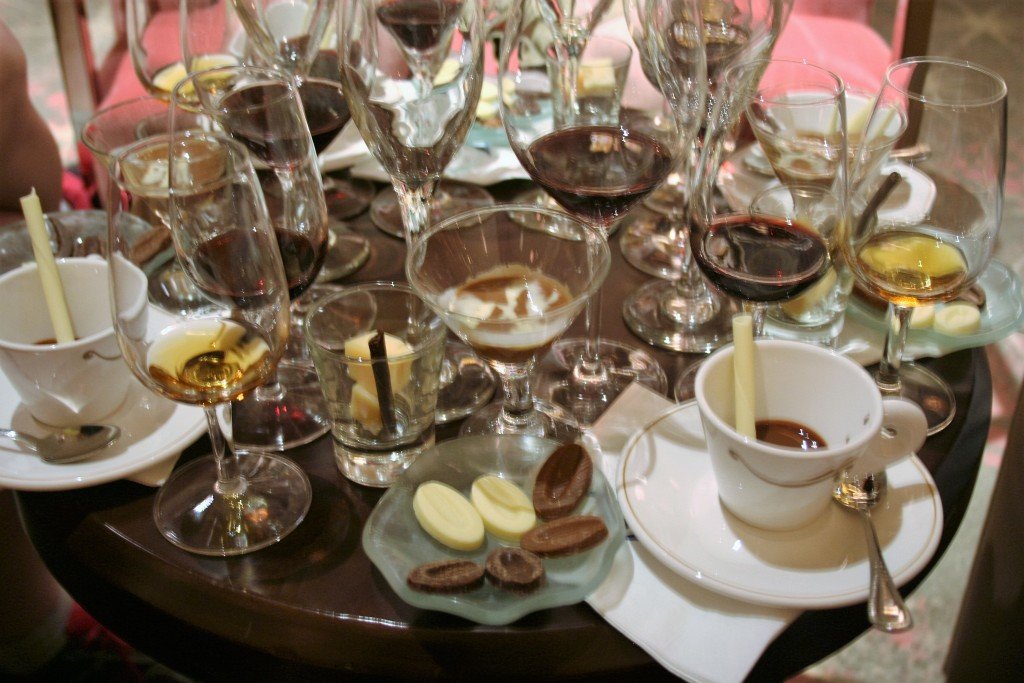 One of the few things we’d scheduled ahead of time was a private chocolate and liquor tasting. This was done through a facebook group that had been created for people on the sailing.  There were about 15 of us and we met in Pink, the champagne lounge.  This was such a great experience!  Pairing chocolate and liquor is great of course, but there was a wide variety of different alcohols – champagne, wine, whiskey.  Our favorite was the port wine.  And the chocolate really did bring out different flavors in the drinks.  Following that we attended a talk on DVC.  We’re thinking about buying in at some point – and while we aren’t ready to do that yet, I thought it would be good to see the information presented.  And I think it encouraged Jason a little more to buy in! 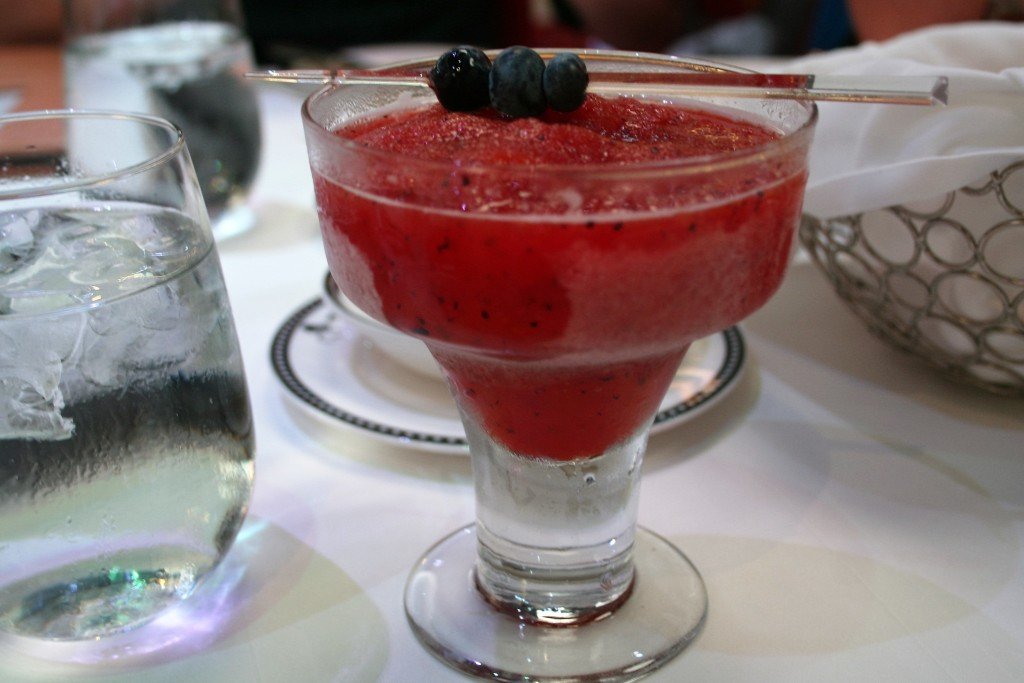 Dinner tonight was at Animator’s Palette.  I’d heard it was such a cool restaurant, but I wasn’t as impressed with the “gimmick” or whatever you want to call it as I was hoping.  Basically if you’ve seen Turtle Talk with Crush at Epcot it’s similar – Crush swims around to various screens and interacts with people.  However, we were seated in the center of the room so there really wasn’t any screens near us and we couldn’t hear what he was saying at all.  The food was pretty good though and of course our servers were great.  And the blueberry drink I ordered was amazing! 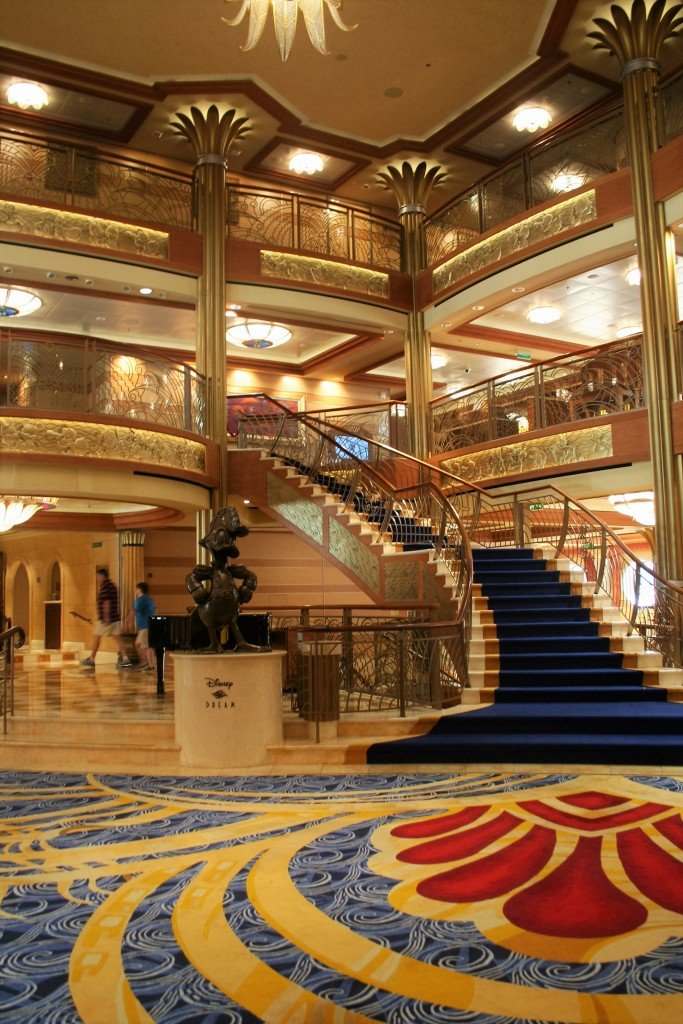 We took a nap before the show and then headed to Villains Tonight.  It was a funny one – I preferred the Golden Mickeys because of all the classic songs (and Tarzan!) but the villains are always a good time.  To finish out the evening we attended the adults-only  show, “Match your Mate.”  This one is basically a take on the Newlywed Show but with couples of varying ages.  It’s gets rather dirty and very funny!  Very entertaining.  Then it was off to bed for then next exciting day, when we would be in Castaway Cay!