You are here: Home / At Home / Running in the snow 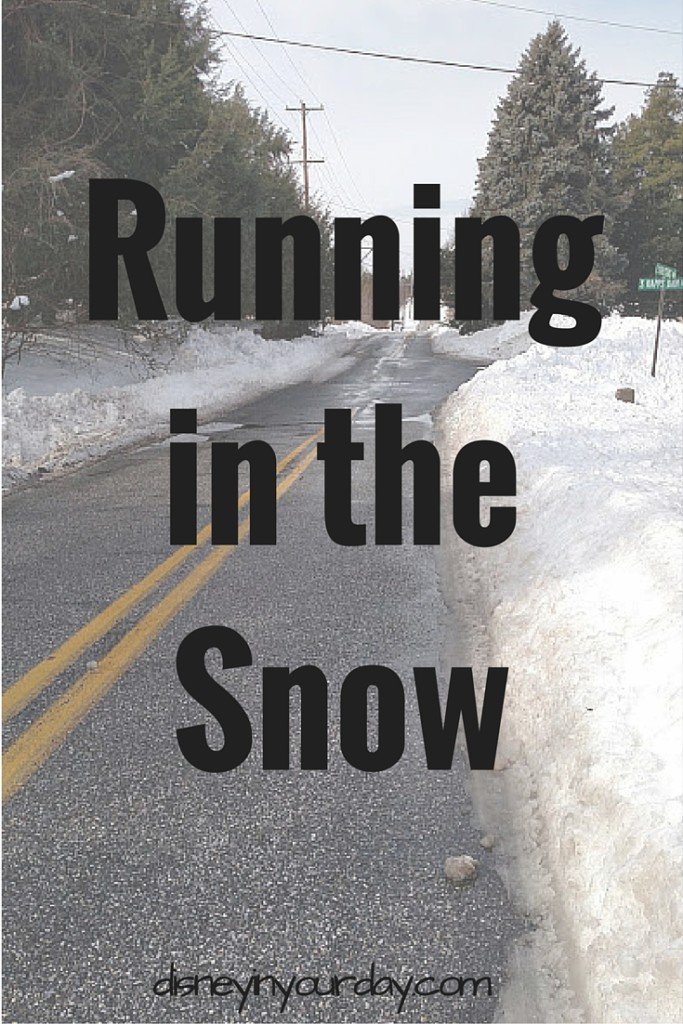 There are many things I don’t like about winter.  The snow is certainly one of them, and we’ve got about 2 feet over here.  But even moreso than that, I hate the cold.  I can’t run if it’s below about 35 degrees, it’s just unbearable to me.  So when I heard we had a day coming up that was going to be about 42 degrees, I knew I was going to go for a run -outside.  A 13 mile run, to be exact.

I needed to get that full 13.1 mile run in before Princess.  There’s no way I can do that on the treadmill.  And I can’t do it in the cold.  So 42 degrees sounded amazing.  The only problem – remember that snow we talked about?  Even three days after the blizzard there was still a lot of it around.  I did some research to make sure I would be safe before going out.  And I learned a couple of things too!  So here are my best tips for running in the snow: 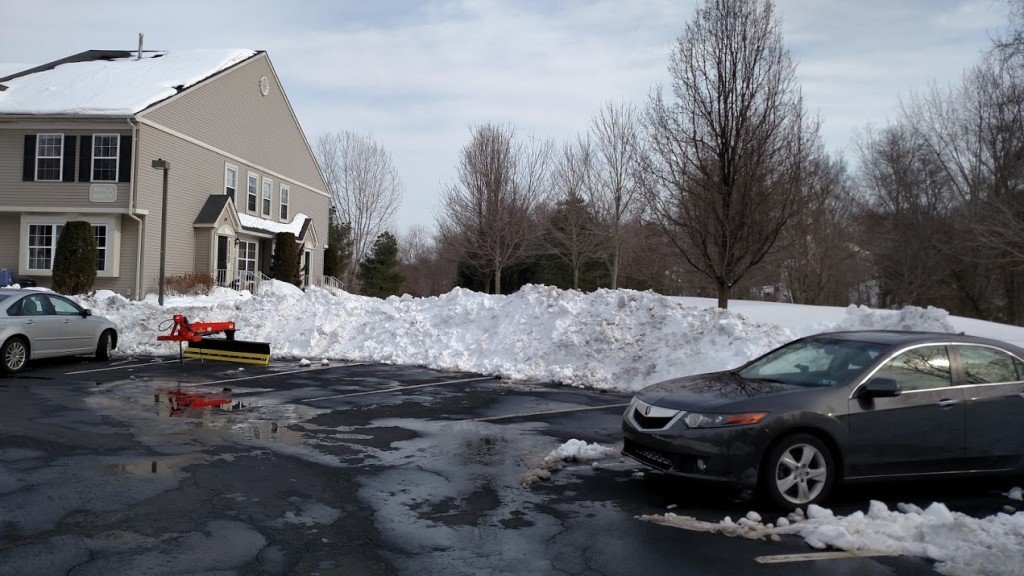 Run in the streets

Okay, this doesn’t sound like the best advice in a normal situation.  But if you’ve had a blizzard and you want to run outside you may have no other choice.  The sidewalks don’t really get cleared with that much snow so there aren’t many of them.  Even when part of a sidewalk is clear you’ll hit other areas where it’s not.  And with the snow being plowed to the sides of the road, well, there’s no shoulder to run on.  So it had to be in streets.  Obviously you have to be very careful and alert while doing this – choose streets that have been plowed but that aren’t too full of traffic.  Run against traffic – that way not only will the car see you coming, you will also see it. 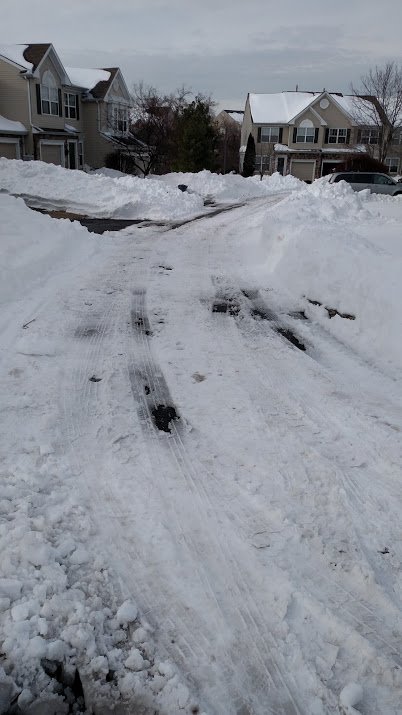 Not all of the streets in my neighborhood were plowed.

Run during the day

Never, ever run at night after a snowstorm.  There are so many things you need to look out for and running the dark would be foolish.  Patches of ice, areas that haven’t been plowed, and oncoming cars are all things that you need to be aware of.

Use the run/walk method

Even if you don’t normally do this, you’ll need to walk a lot more often just to be careful.  If you already do run/walk, you probably want to walk more often than you normally would.  Walk through any area that looks like it could be icy or dangerous. 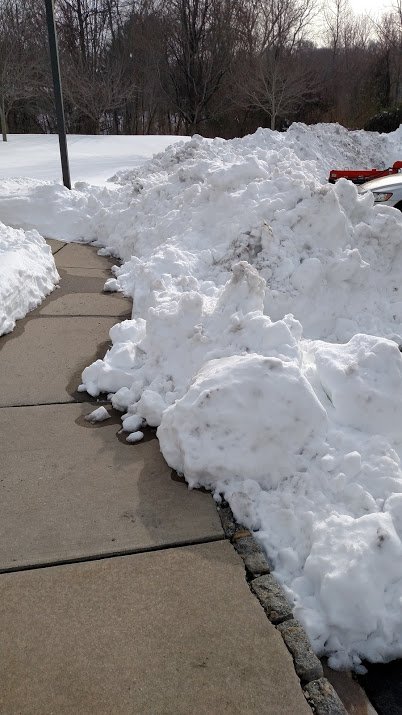 Part of the sidewalk was shoveled – and then it just stopped.

Bring an extra pair of socks

If it’s a long run, you might want to bring extra socks to change into.  Snow and ice will melt, and then they will become puddles.  There will be lots of water around.  I was feeling great until about mile 7 when I stepped in a puddle and my foot got soaked.  How I wished for a clean pair of socks.

Go for distance, not time

With all of the things mentioned that we need to look out for, you will be slower than you normally would be.  So don’t focus on the time, focus on getting your goal distance in.  Better to slow down than to slip and injure yourself.

Don’t run on the actual snow

If the snow is thick, don’t actually run on it.  I know some people do, but that option was not for me.  The snow would have to be very compact to run on it and not nearly as high as it is here.  Another danger of running on top of the snow is that you don’t know what’s underneath it – you could hit a big rock or something like that and not even realize.  So stick to areas that have been plowed or shoveled.

Have you tried running in the snow before?  What did you learn?