You are here: Home / Animal Kingdom / Rivers of Light 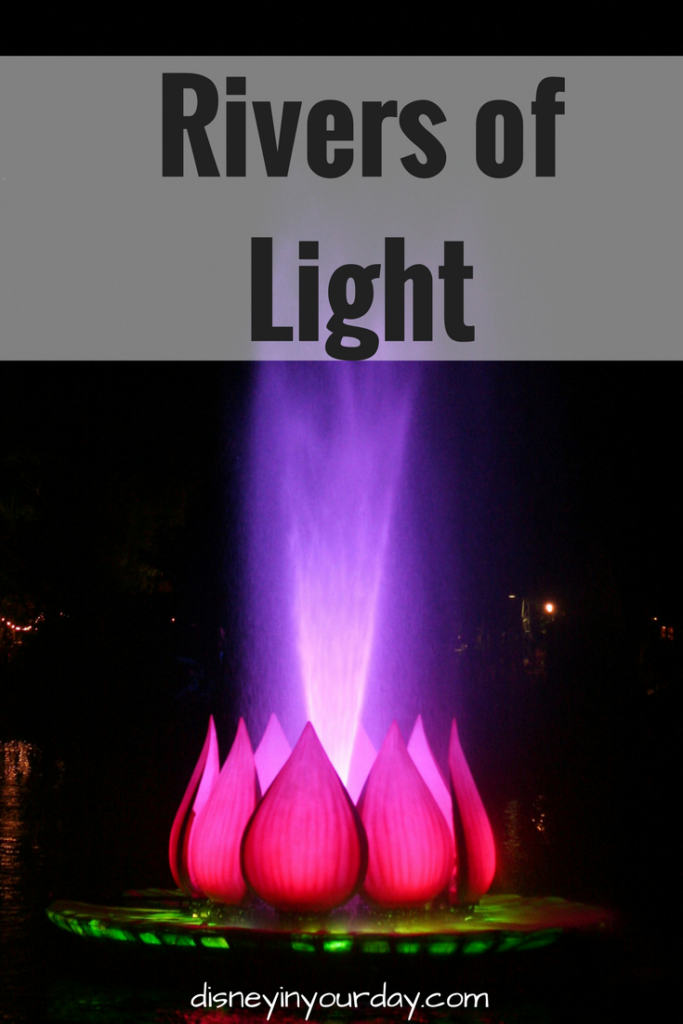 If someone were to ask me “which is your favorite of the Disney World parks?” it would be a very hard question to answer.  I love all of them almost equally (and I think Hollywood Studios will join the group in equal love once Star Wars opens).  They are all special and unique.  But if pressed, I would probably choose Animal Kingdom as my favorite.  And it just seems to be getting better, with a new nighttime show which opened recently. 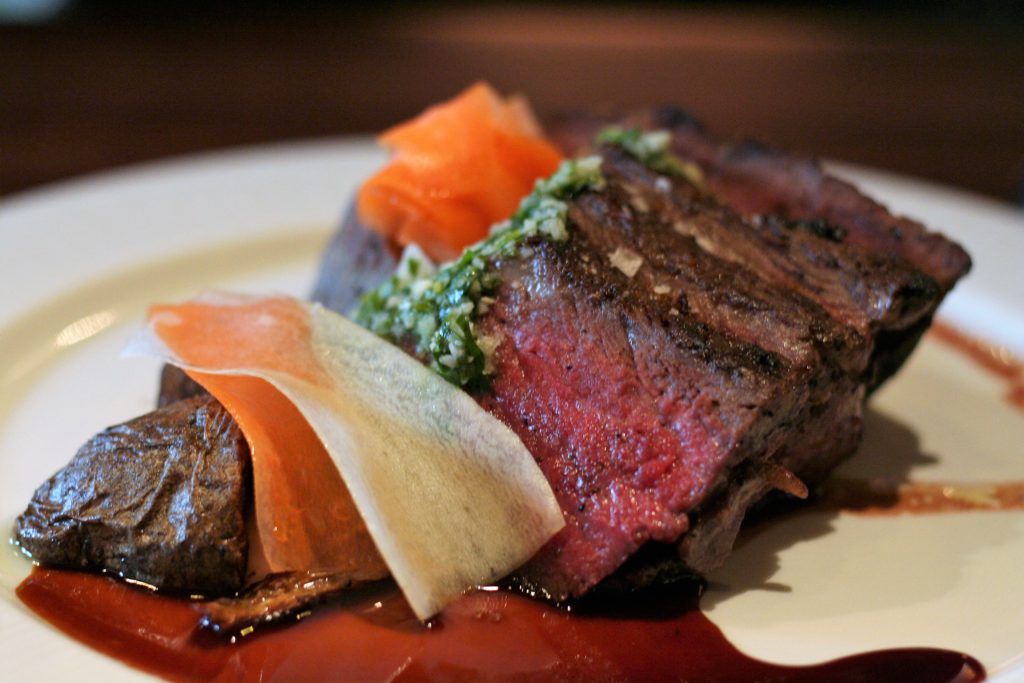 You won’t regret the Rivers of Light dining package at Tiffins!

Rivers of Light was supposed to make its debut last year, but it kept getting delayed.  Finally though it opened on February 17th – just in time for my trip which began February 23rd!  I booked a Rivers of Light dining package.  It’s available at Tusker House and Tiffins, but I went with Tiffins because it’s pretty amazing.  It was $68 for a 3 course meal, and since I went with the most expensive entree (wagyu beef – it was incredible!!) it was actually a very good deal.  As part of the package I also got reserved seating for the Rivers of Light show. 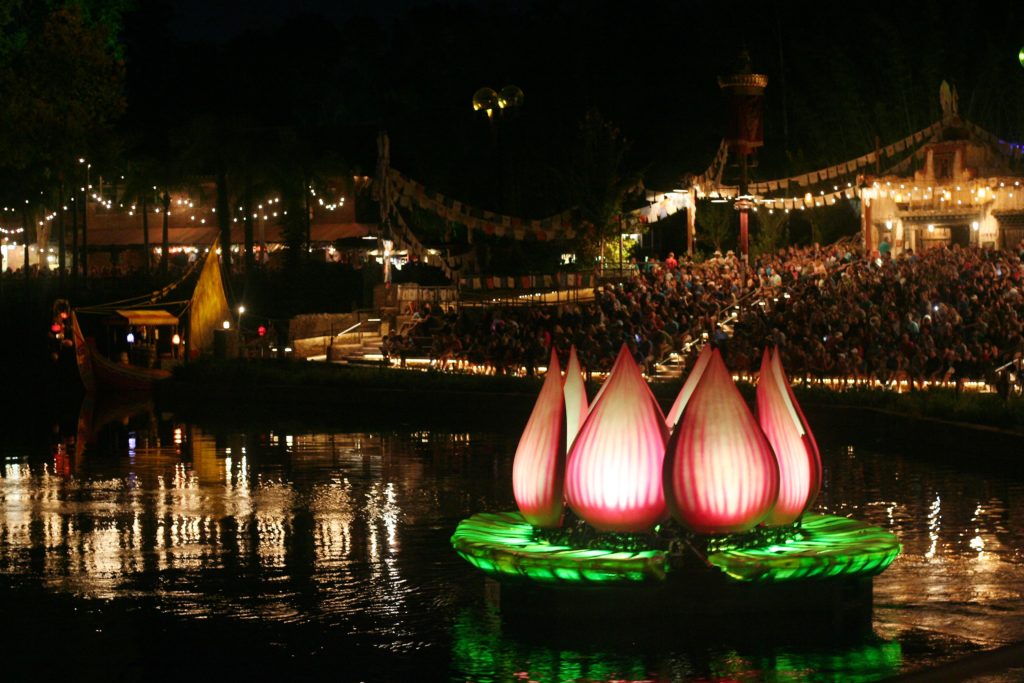 I arrived about an hour before it started to get a good seat.  I’d probably want to plan to get there at least 40 minutes early even with the reserved section in order to get a good spot – but none of the spots are terrible, so you should be fine if you get there later. 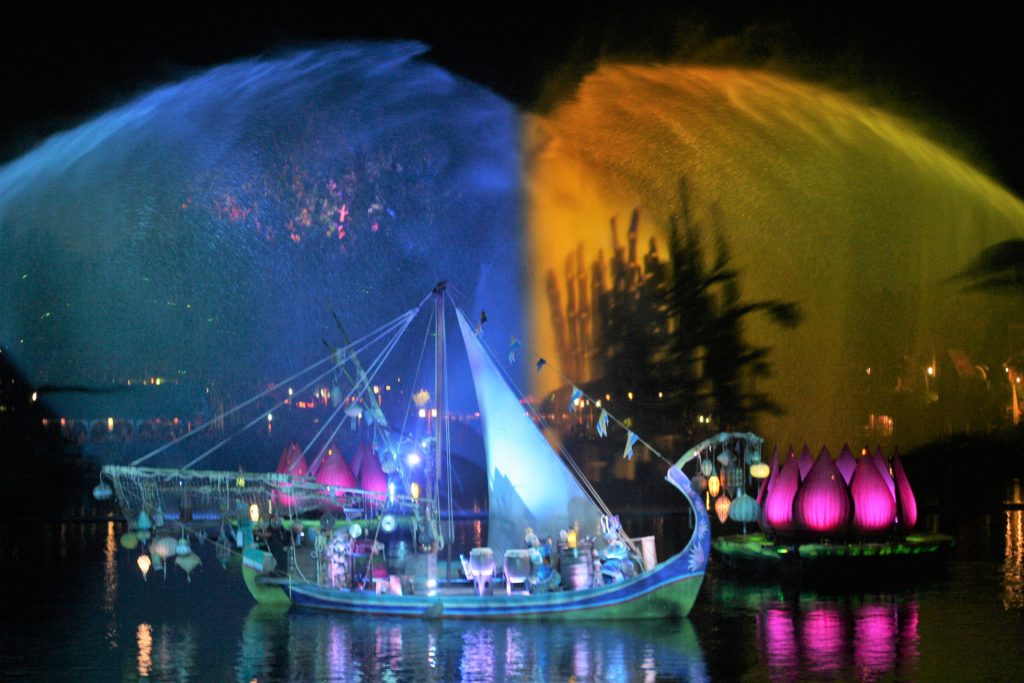 The show is a little hard to describe, but it is beautiful.  I’m not sure I truly got the “story” that it was trying to tell.  But regardless of any sort of story it’s just really nice visual show.  The only disappointment is really that it feels short.  It was about 15 minutes, maybe a little shorter.  I think they could do even more with it, but I liked it. 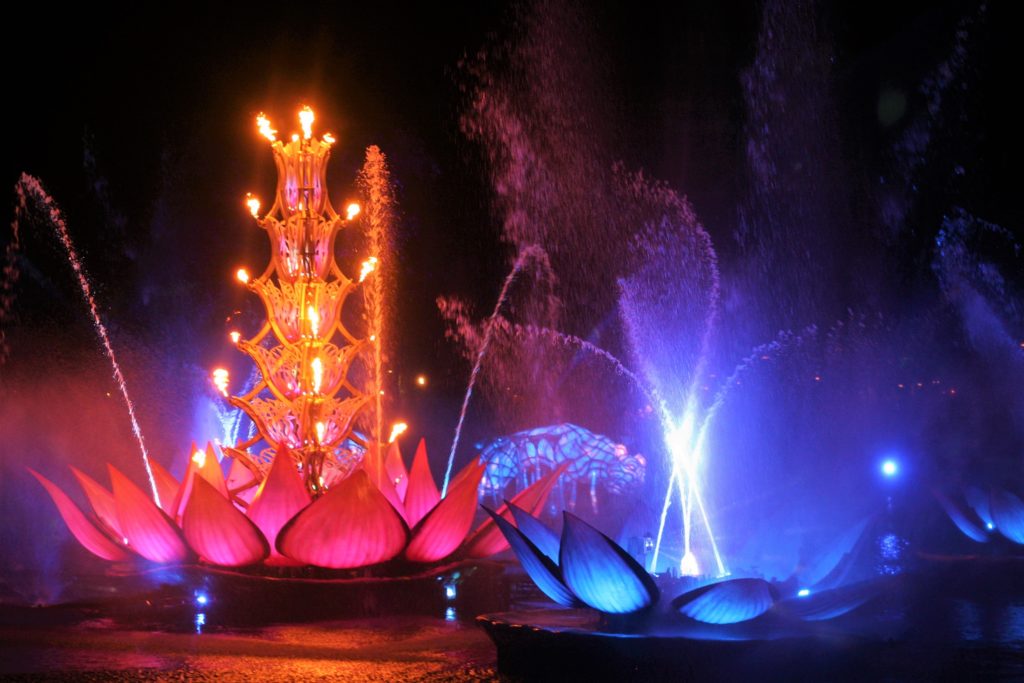 There are a few elements.  The lotus blossoms that everyone has seen pictures of are stunning.  They change colors and open up later in the show to become fountains.  I don’t know what it is but I’m definitely mesmerized by fountain shows. 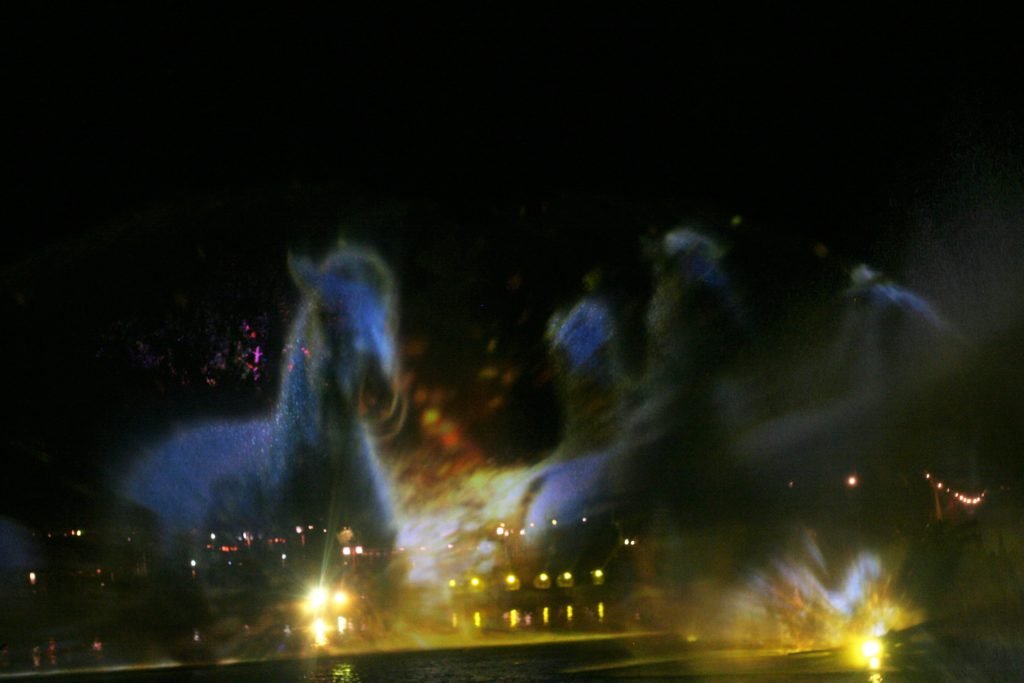 The other big part of Rivers of Light is the water screens.  Similar to the ones used in Fantasmic, these are even bigger (I think – or maybe I was just closer) and the projections look more realistic.  They use a number of different animal projections and they really seemed three dimensional, like they were coming right towards you.  There are also some other large props used out on the lake, like light-up animals and some boats with performers on them. 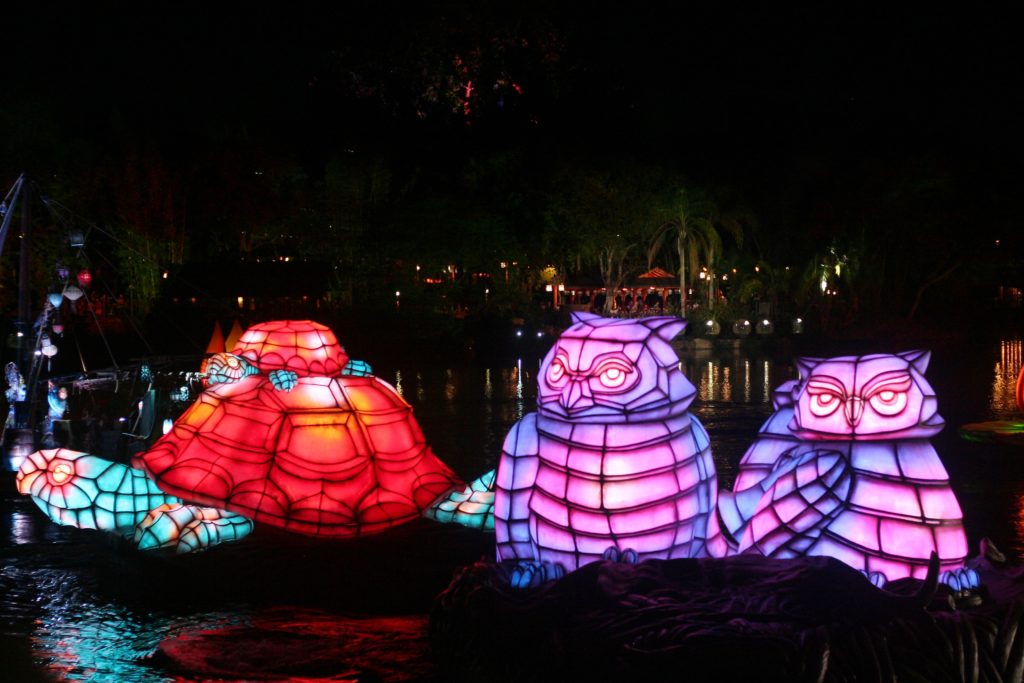 I enjoyed the soundtrack too and would love to get a copy of it to listen to.  All in all I enjoyed Rivers of Light and I look forward to seeing it again.  I do think it’s a little difficult to be able to see – there isn’t a ton of seating, and with the dining package and fastpasses it’s pretty tough to get in just with standby.  But we’ll see how it goes!

Have you seen Rivers of Light yet?  Do you think it’s something you would enjoy?