You are here: Home / Disney World / Recipe: Lapu Lapu from the Polynesian 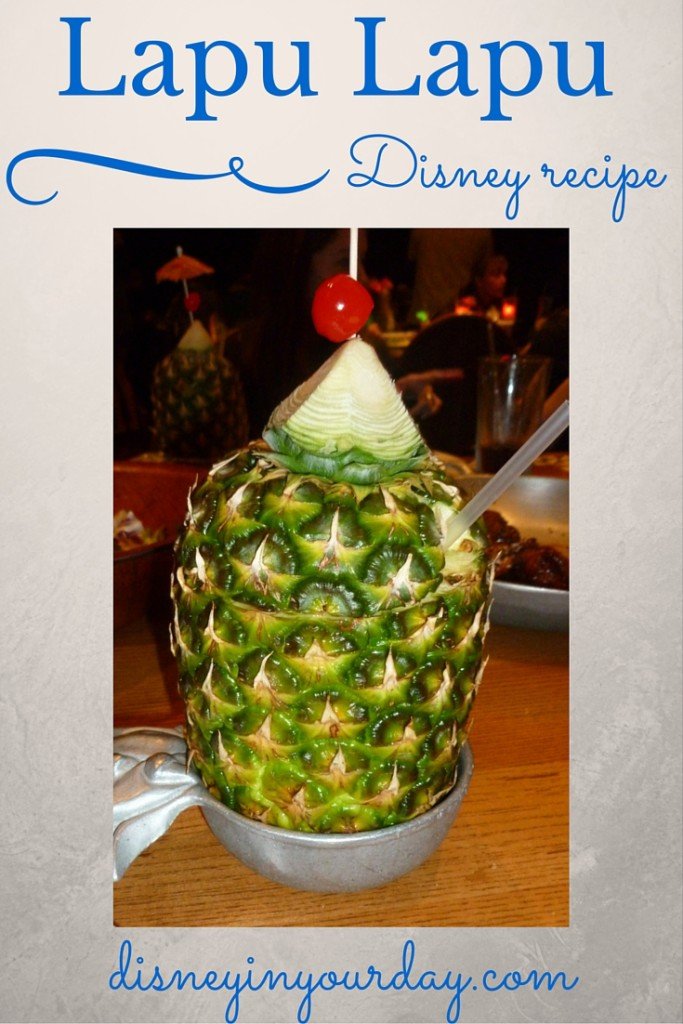 This is one of those “infamous Disney drinks” that you simply must get when you eat or drink at the Poly!  During my February visit to Disney World I was lucky enough to have dinner at Ohana for the first time.  That was an experience in and of itself, but one of the many highlights was finally being able to try this great pineapple drink!  I recreated my own version at home (unfortunately I didn’t have a pineapple to serve it in, but it still tasted good!).  I also changed the recipe very slightly.  It calls for the drink to be topped off with Bacardi 151, but the Lapu Lapu is a pretty alcoholic drink to begin with, so I left that out of mine.  If you want to be as authentic as possible you would probably want to add it, but if you’re looking for something not quite as strong it’s still just as good without the 151.

Mix all ingredients together, adding the Bacardi 151 last.  Add crushed ice to chill.  Serve in a pineapple for an authentic Lapu Lapu!

No pineapples, so I used fancy wine goblets instead!

I’d say this is a pretty accurate recipe.  It tasted quite good, just like a tropical drink should.  I will admit that it did seem like it was missing a little something without the pineapple, so if you’re feeling ambitious I would definitely go for that!

Have you tried the Lapu Lapu?  What’s your favorite Disney drink?