You are here: Home / At Home / Recipe: Dole Whip

One of the most popular Disney treats is the Dole Whip.  While I personally prefer the Citrus Swirl while I’m in Adventureland, I don’t mind admitting that I enjoy a good Dole Whip every now and again.  It’s sweet, light, and delicious.  And the best part is, now I can make it at home with this dole whip recipe when I want a little taste of Disney!

Tip: If you want the most authentic dole whip possible, you can purchase the official dole whip mix that Disney uses on Amazon. You have to buy a 4 pound bag, but I bet you can eat it all! 😉

There are tons of Dole Whip recipes online, but the one I decided to try was from the blog Chocolate by Katie.  I used her basic recipe and only adapted a few things here and there, and got something that is pretty delicious.  I used coconut milk based on preference but it does give it a little added coconut flavor, so if you don’t want that I’d try regular milk instead.  Enjoy!

1.  Put all of the ingredients into a blender and blend until smooth.  If necessary add more coconut milk if your blender has a hard time handling the frozen pineapple chunks.

3.  Enjoy!  This makes about two large servings, so if you have a larger group or you just really like dole whip I would try doubling the recipe.

Do you enjoy having a dole whip at Disney World?  Will you be trying this dole whip recipe at home? 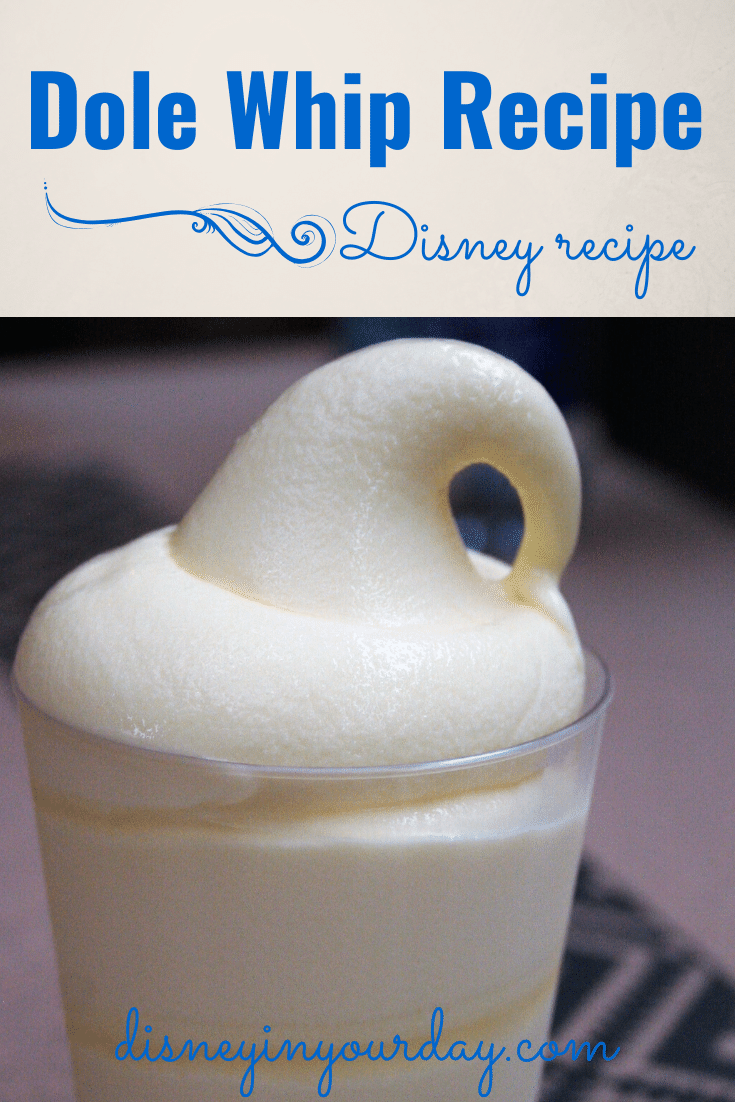