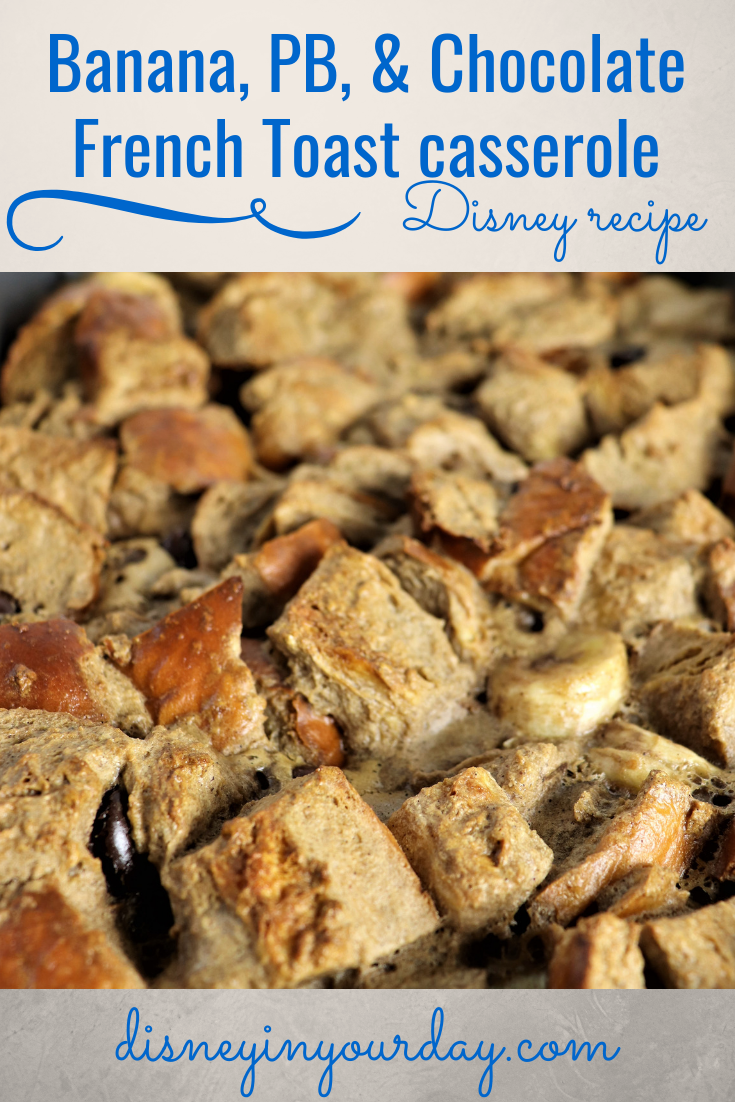 The first time I went to Disneyland we had dinner at PCH Grill at Paradise Pier Hotel. I thought it was really good for a buffet – and I’d heard excellent things about the breakfast as well. I’ve never tried it, but I was excited when Disney shared a recipe for one of the highlights on the breakfast buffet there: a Peanut Butter and Banana with Chocolate French Toast recipe.

I looked it up and apparently this is an item on the kid’s buffet, but when you’re at Disney everyone is a kid at heart! And how great does peanut butter, banana, and chocolate french toast sound? I would really call this more of a “french toast casserole,” as the recipe makes a big batch and the bread is cut up into bite size pieces. I kind of like this version of french toast better, to be honest. 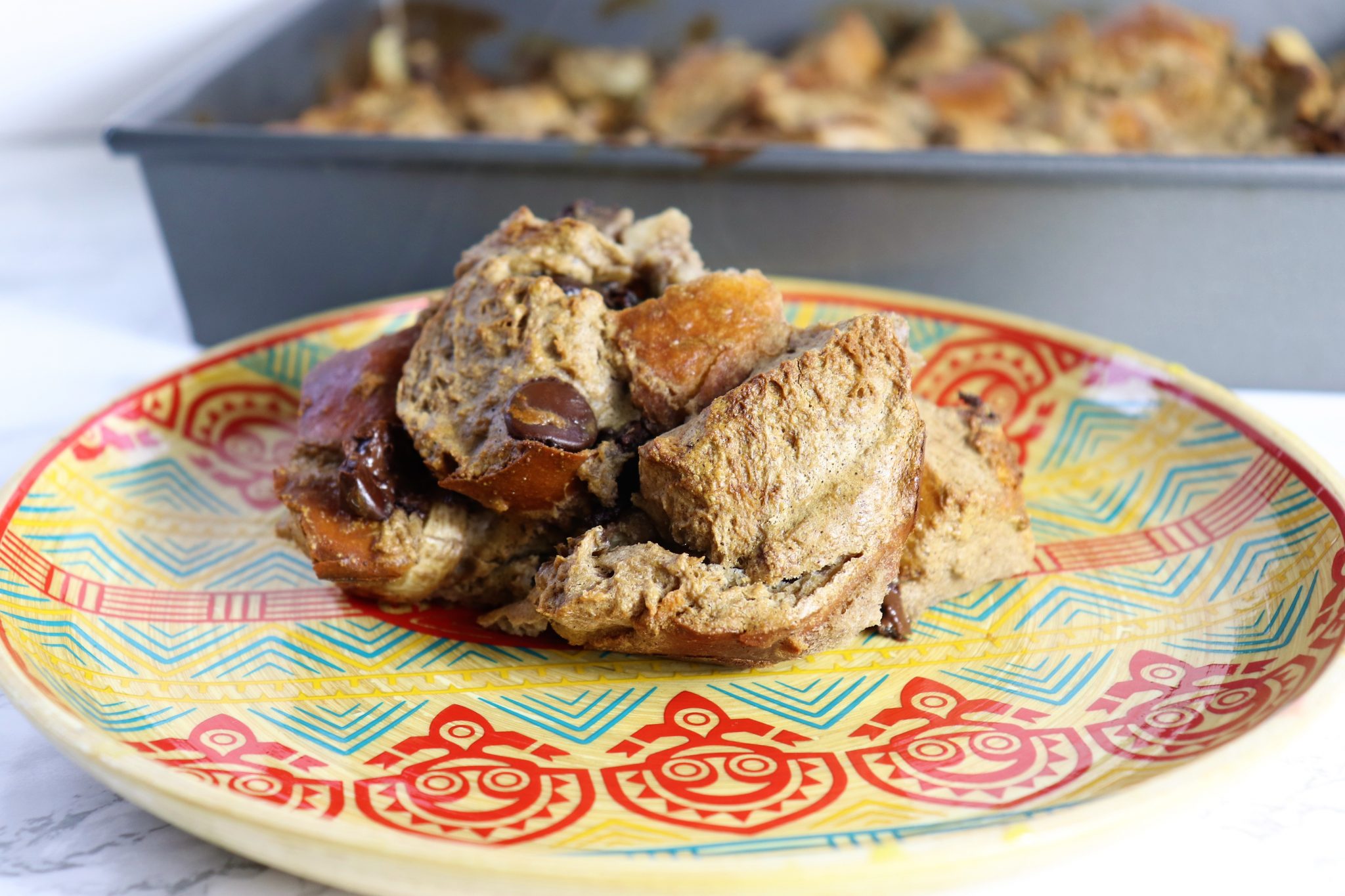 After making it I think the only thing I would change is I would add in a third banana. The original recipe called for 2 bananas, but that meant I didn’t get quite as much banana as I would like in every bite. Of course that’s really up to your preference, but I found having more banana helped balance the sweetness of the chocolate a bit more.

I also topped mine with maple syrup, even though the recipe calls for chocolate syrup. That’s just a bit too sweet for me! But it definitely needed that extra bit of moisture. I also adjusted the recipe to use mini chocolate chips because I think those would work better.

So here’s my slightly altered version of the Peanut Butter and Banana with Chocolate French Toast recipe: 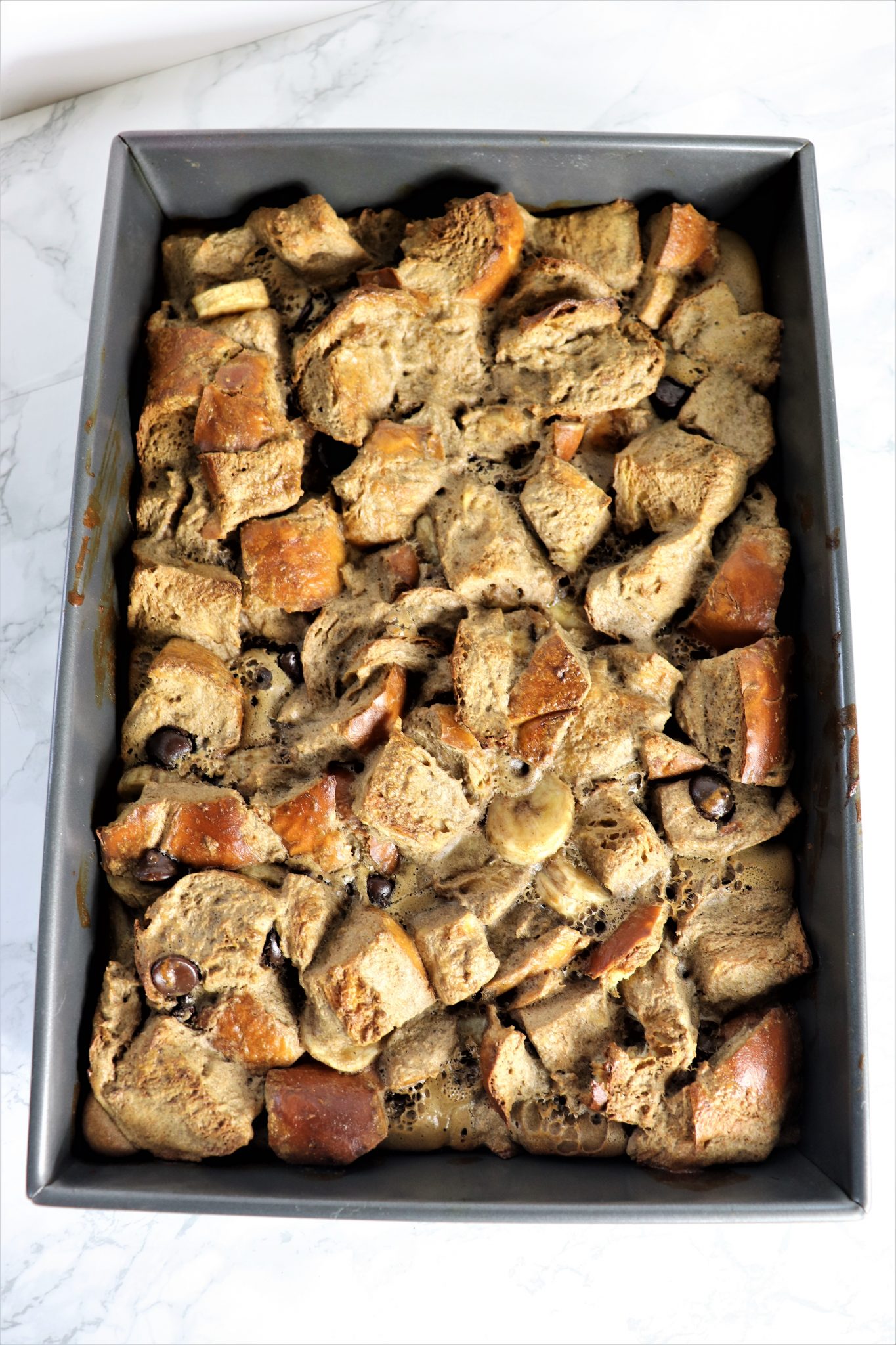 The recipe said it serves 4 but I think those would be quite large portions. We found it lasts well for a few days in the fridge wrapped in tin foil – we just cut off a piece, heat it up in the convention oven for about 7 minutes, and it’s delicious!

Would you be interested in trying this Peanut Butter and Banana with Chocolate French Toast recipe? 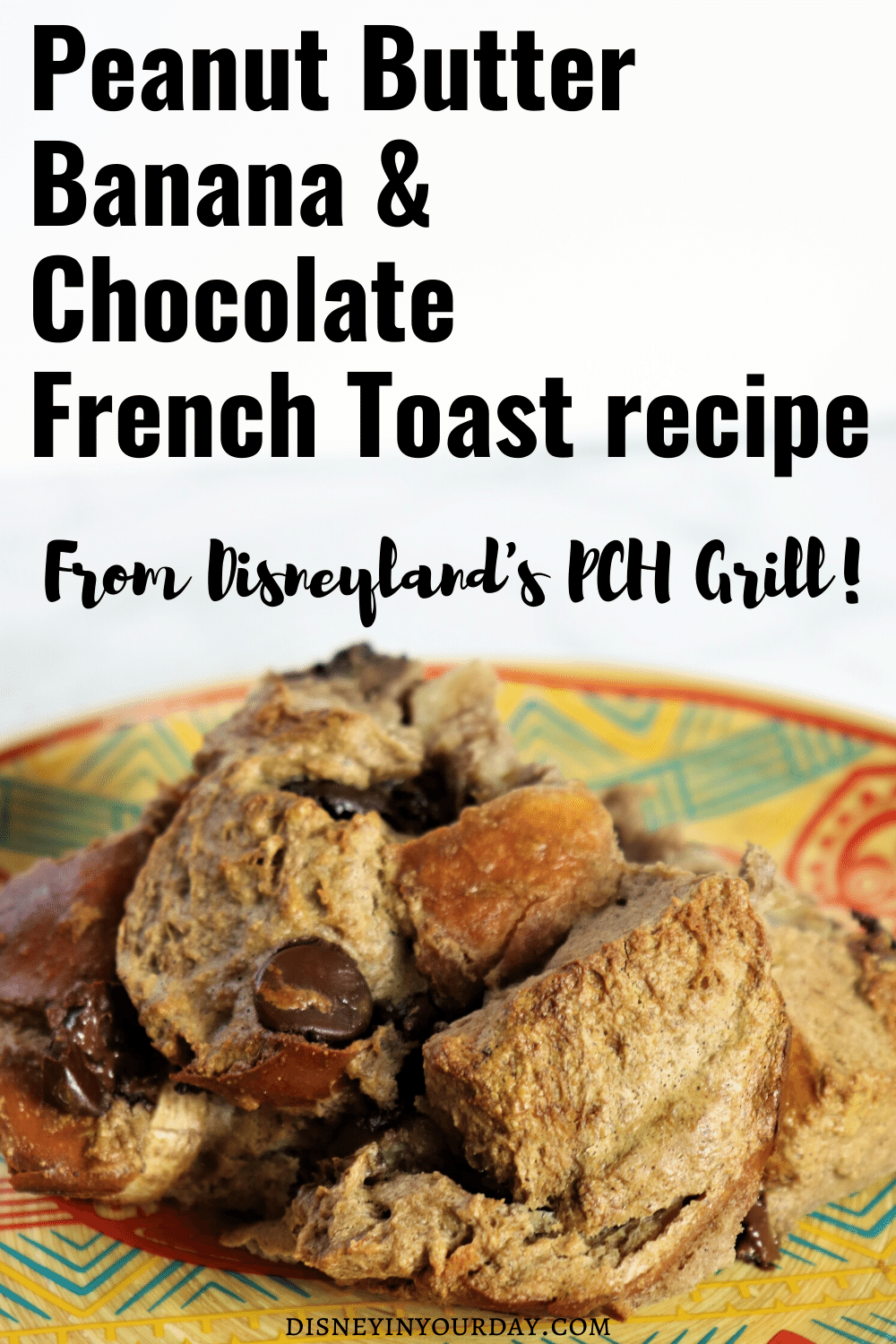