You are here: Home / Other Theme Parks / Other theme parks: Hershey Park 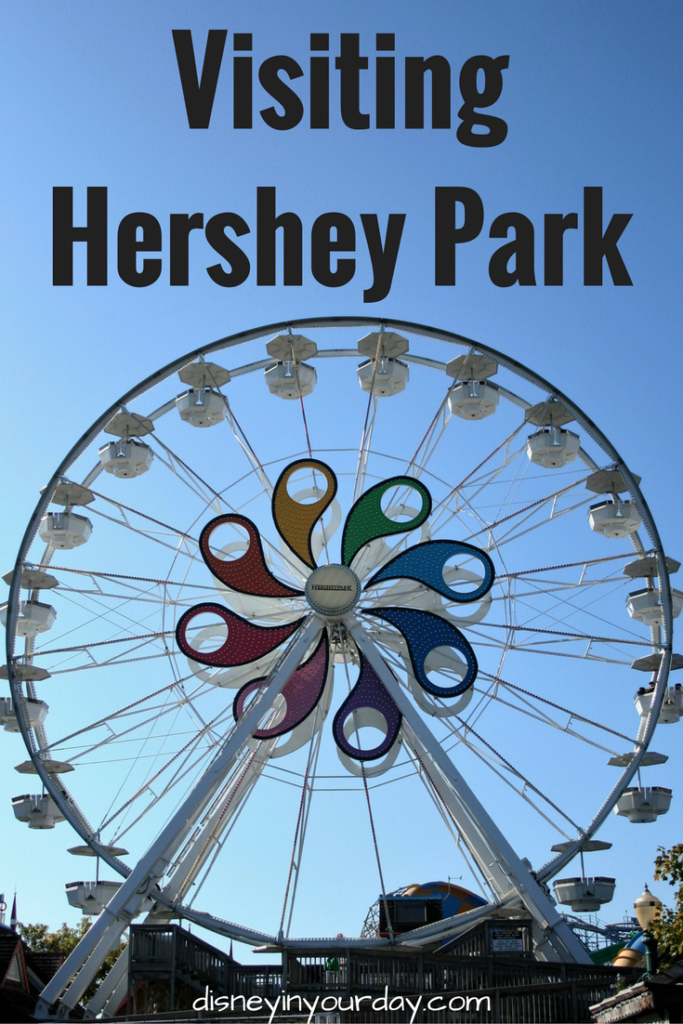 This is a continuation of my series on other theme parks, for those times when you just can’t get to Disney but want to spend a day at a theme park, or you just want to try something different.

I know that some Disney fans only like the Disney theme parks and are “spoiled” by them.  That’s not the case with me, though!  I love all sorts of amusement parks and theme parks, even if Disney is my favorite.  Just about an hour and a half from where I live is Hershey Park.  Because it’s so close we visit often and it’s become very special to me!  Let’s take a look at this Pennsylvania theme park. 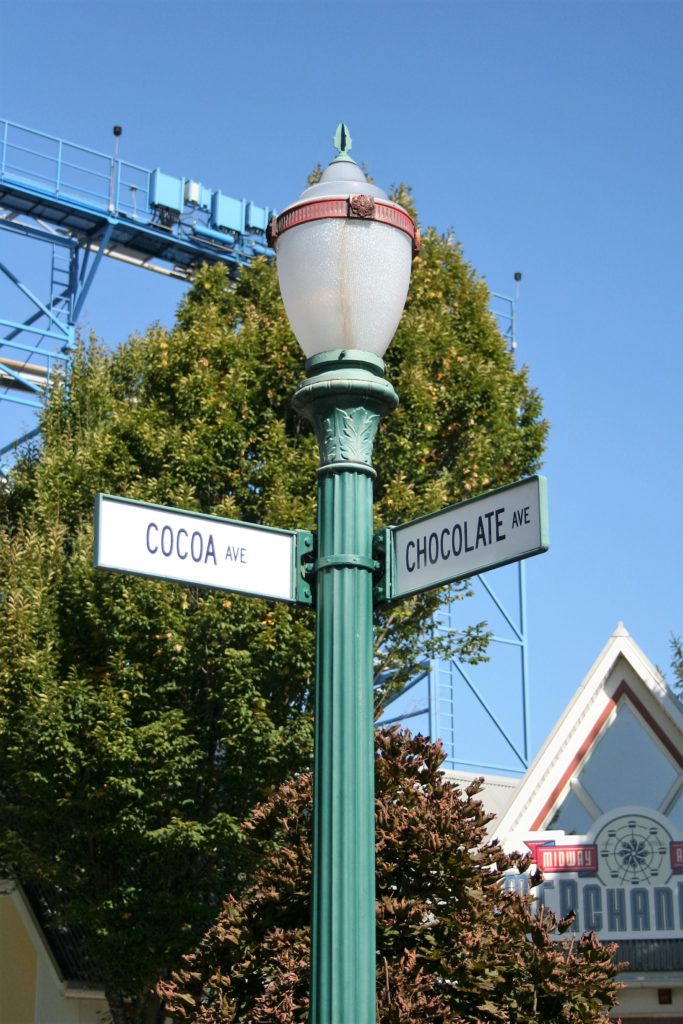 Hershey Park has a pretty obvious theme to it – Hershey’s chocolate.  That being said, I wish they did more to theme their rides and areas around it.  While chocolate is prevalent in some areas, it’s non-existent in others.  There are some areas that are semi-themed, like “Pioneer Frontier,” “Mine Town,” and “Midway America.”  But they don’t really form a cohesive overall theme (since Hershey’s big thing is you know, chocolate).  That being said, it’s a nice enough, attractive park.  I also really like their Zoo America area, which has a number of animals from around the country that you can see included with your park admission. 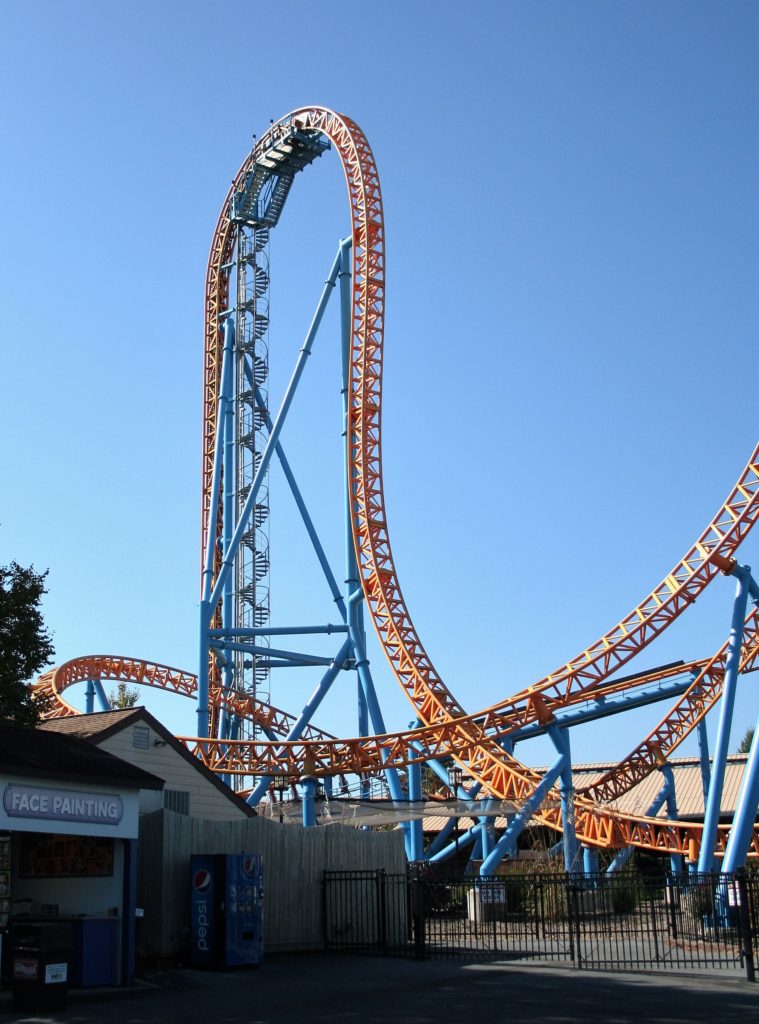 Hershey is a great place for roller coaster lovers.  There are a number of great ones, but some of my favorites are Lightning Racer (a wooden roller coaster which has two cars that run simultaneously and “race” each other), Farenheit (a 97 degree drop) and Storm Runner (a power launch coaster).  There’s also a new family friendly coaster called Laff Track that is a lot of fun.  They have a good number of non-roller coaster rides, so it really is a great family park.  And in the summer there is water park inside the park too! 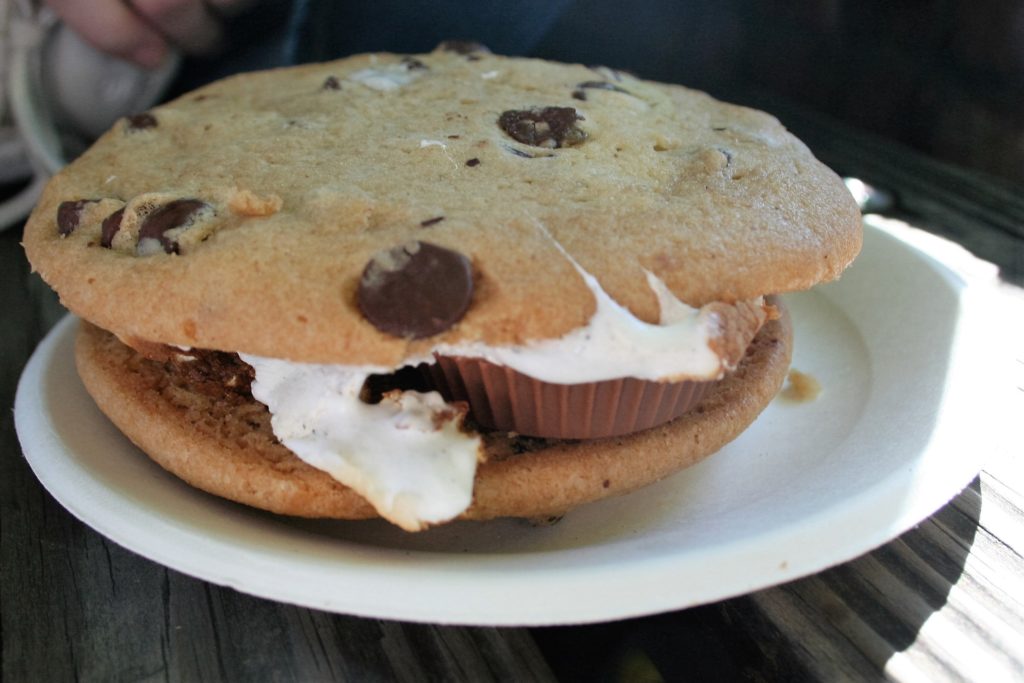 I still have yet to find a really good quick service meal in the park that is above your typical mediocre theme park food.  That being said, Hershey has some great snacks around the park if you’re a chocolate fan.  My personal favorite is the s’mores booth – I had a s’mores that was between two chocolate chip cookies instead of graham crackers and used reese’s for the chocolate.  It was so good!  They also have a sit down restaurant right by the entrance of the park that is pretty good.  They have a nice variety and a couple of fun “chocolate infused” items on the menu.  I love their salad with the chocolate berry vinaigrette! 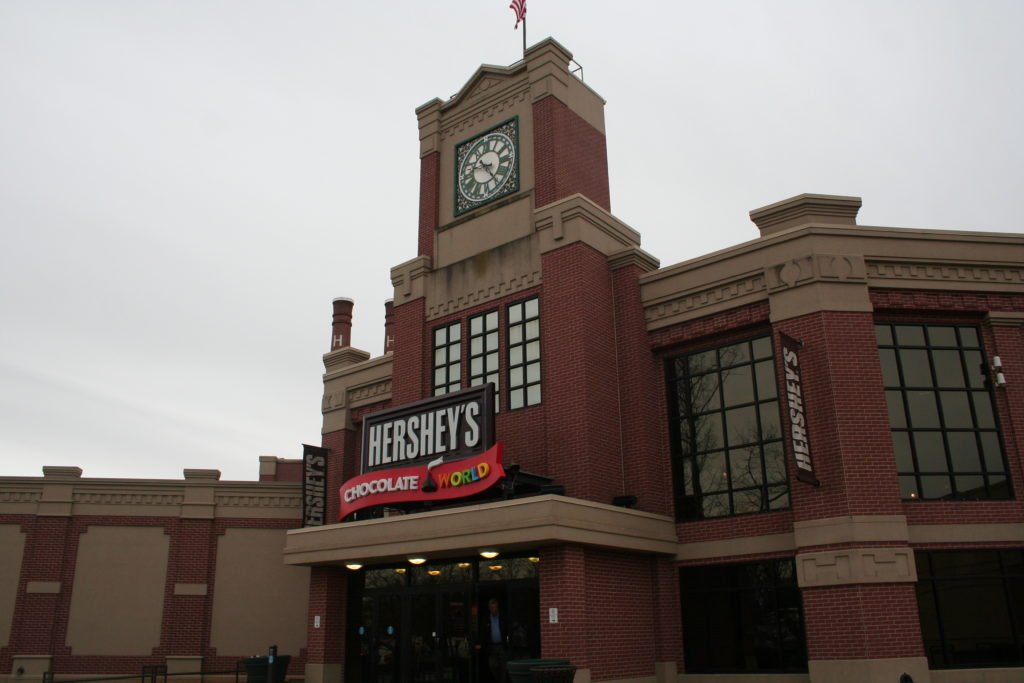 There are a couple of shows that happen at Hershey, but I think the real entertainment is just outside of the park.  At Hershey’s Chocolate World there are a number of fun activities.  Most of them are an extra fee, but the little ride that’s a tour of the “factory” (not the real factory) is free.  There’s also a shop, a 3D show, a chocolate tasting, and a create your own chocolate workshop.  In addition Hershey does a number of special events throughout the year, especially for Halloween and Christmas.  They also host a 10k in the spring and a half marathon in the fall.

It may not have the themeing and magic of Disney, but Hershey Park is still an awesome place to visit, especially if you like roller coasters.  I highly recommend it if you get the chance to go!

Have you ever been to Hershey Park?