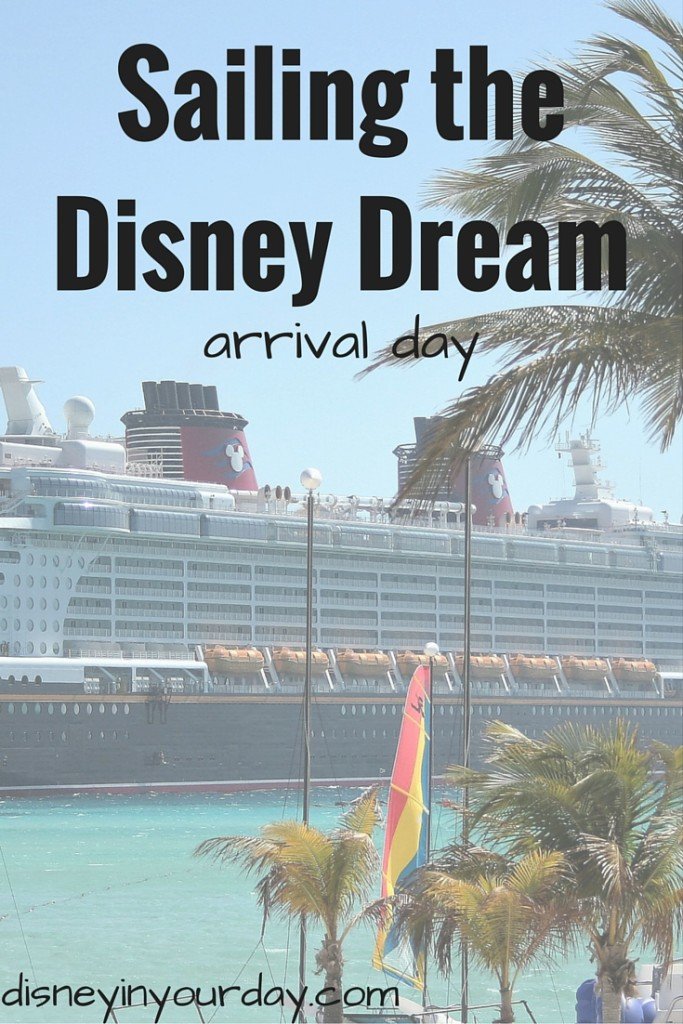 I recently sailed on my first Disney Cruise, aboard the Disney Dream.  There are so many amazing things happening on board.  Some deserve their own posts, but there are just too many to write about so I thought I would go day by day to explain some of the highlights of what went on.  I don’t normally do this sort of trip report for trips to Disney World but I’m hoping you’ll have fun following along on my cruise adventures! 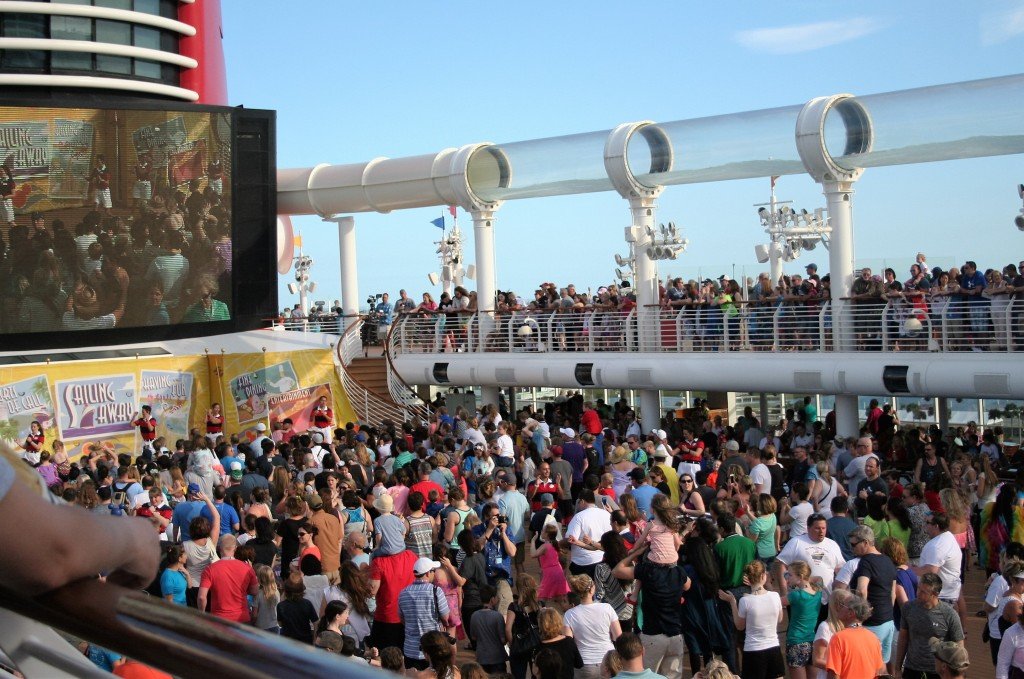 Our first day of our 4 night cruise was Monday.  We had previously been at Disney World and checked out of All-Star Movies.  We left around 9:30am and arrived at the port around 10:30.  We parked at the nearby Park n Cruise, which was cheaper than Disney’s parking.  The service there was very good and everything went smoothly.  We got to port, through security, checked in, and on the ship by 11:45 (which was our assigned arrival time)! 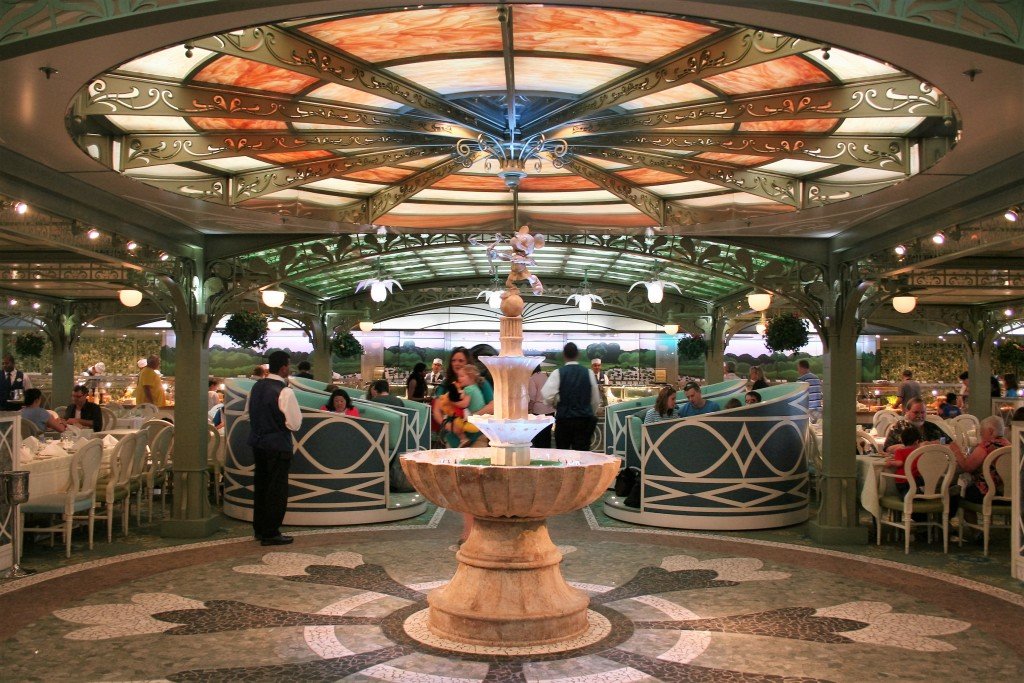 Staterooms weren’t ready until 1:30, so we first went to guest services to sign up for some things I knew we wanted to do.  We registered for the Castaway Cay 5k, which is a 5k run on their private island and free!  I also wanted to sign up for one of the tasting classes.  I was interested in mixology but the only ones available were immediately following another tasting we had already booked or on our Castaway Cay day, when we weren’t planning to be on the ship – so we signed up for a martini tasting instead.  Then we got lunch.  We went to Enchanted Garden, which had the same food as the buffet upstairs but was a lot less crowded and we had a server to bring us drinks and all.  After lunch we also went to the spa to buy passes to the Rainforest Room (which is a truly amazing place – I’ll be sharing a whole post on it soon!). 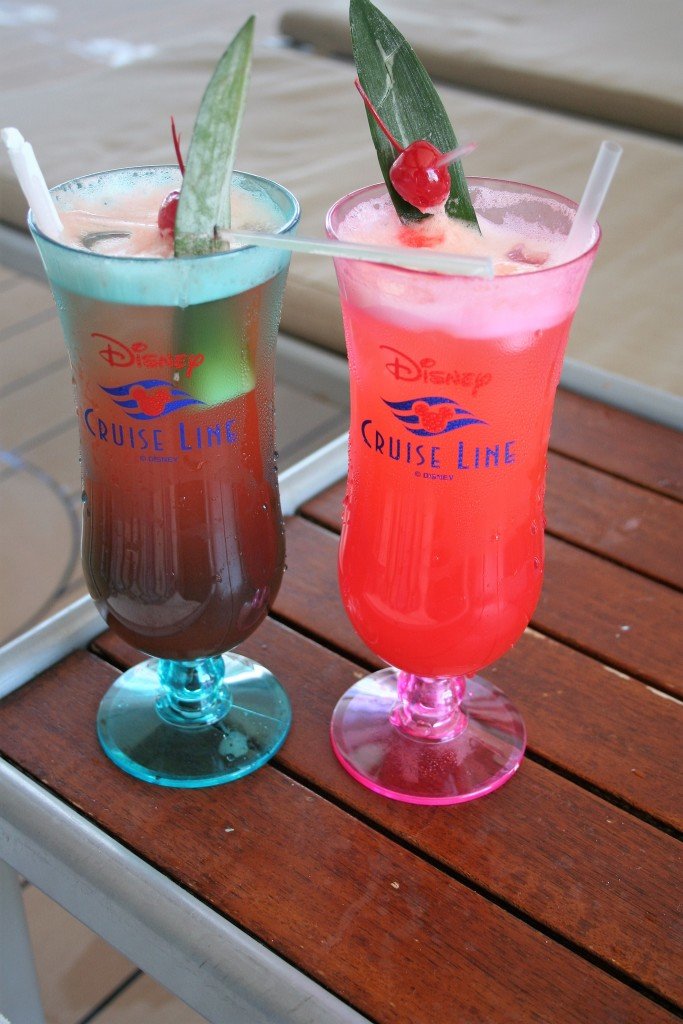 After we visited our room to check it out we headed up to the pool deck to just chill.  They have an adults only pool area and it was so nice (and much quieter).  Not nearly as crowded.  I read my book, checked my phone for the last time for the week, and enjoyed a drink of the day!  After spending some time there our suitcases had arrived at the room so we spent a little time unpacking before dinner.  Around 4:00 we had to attend the mandatory lifeboat drill, but then we visited the Sail Away party.  It was cute but very crowded since everyone is on deck, so after taking some photos of us sailing away we decided to check out the rainforest room before getting ready for dinner.  It was mostly empty so we tested out some of their heated and scented showers, the saunas, and these amazing heated lounge chairs! 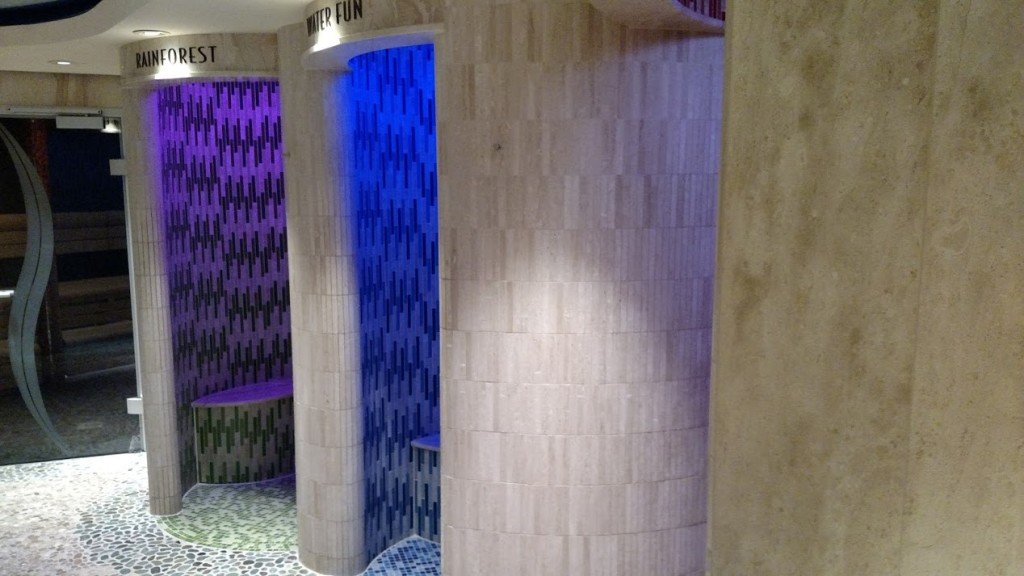 There are three main dining rooms on the Disney Dream, and you are assigned to a different one each night, though you have the same servers who follow you to each restaurant each night.  Our first night was at Royal Palace, which has a French inspired menu.  We were seated with two other families – another young couple around our age, and another couple and their daughter.  The food here was pretty good but the real highlight was dessert.  The Grand Marnier soufflé I had was absolutely amazing! 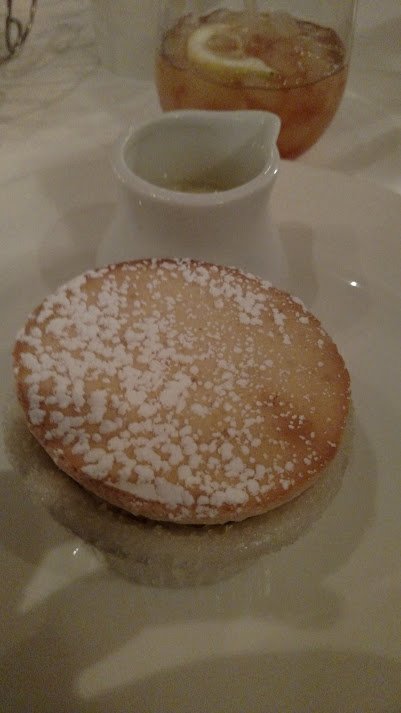 Following dinner we attended the show for the evening, which was called the Golden Mickeys.  It’s set up like a mock award ceremony, where they give out awards for certain things like “friendship” and then do a musical number from a Disney movie representing that scene.  I thought it was really well done and I enjoyed it a lot.  And let’s just say the Tarzan scene was pretty excellent.  He did some cool rope stunts which I always like watching, but this guy playing Tarzan was absolutely ripped.  Let’s just say the ladies in the crowd went wild for him when he came onstage! 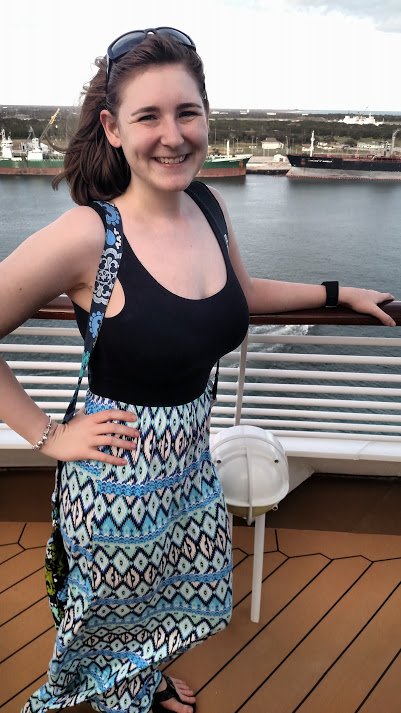 After dinner we attended a family game show, which was really mostly for kids but we had a good time watching it – even if it was a little silly.  After that we went to the adult only magic show with the featured magician on board for our sailing, Justino.  He did some pretty neat tricks.  We were exhausted by then so it was back to the cabin for bed!  Although it wasn’t even really a full day we certainly did a lot!