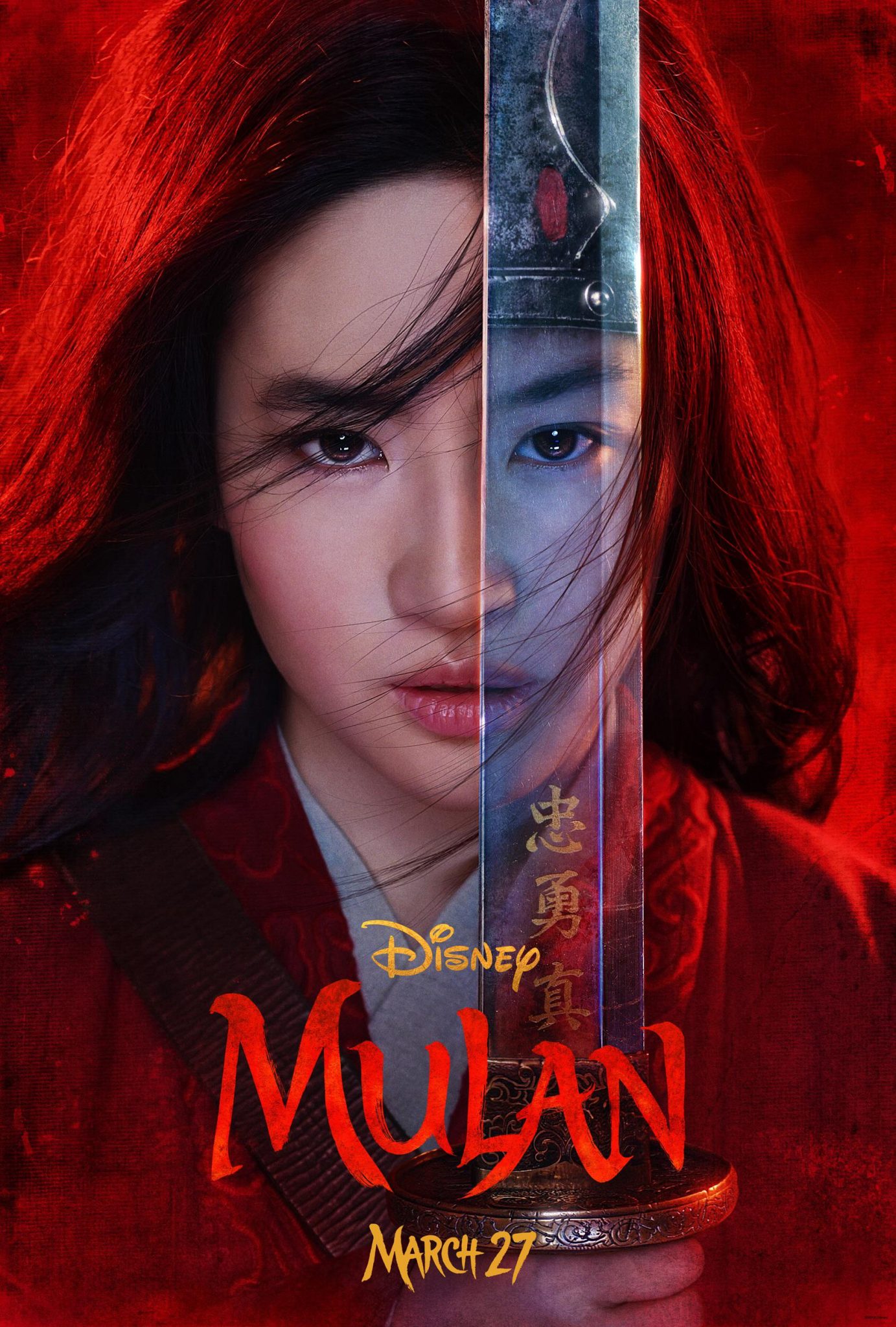 I have enjoyed many of Disney’s live action movies – in fact, I probably like them overall more than most people. Even ones that didn’t always get the best reviews from other fans, like Aladdin and Beauty and the Beast, I really enjoyed. However, I came away from the Mulan live action movie with pretty mixed feelings. While there were some elements of the movie I appreciated, overall I can’t say this was one of my favorites.

The Mulan live action movie has been marked by a bit of controversy in a few different ways for awhile. There are the fans that don’t think Disney should keep doing live action remakes and instead do something original. Then there has been an ongoing #BoycottMulan movement, centering around the main actress’s political views. Finally the movie had to be delayed twice due to COVID-19 before eventually being released directly to Disney+… for an additional fee of $30.

Some have been outraged that the service they already pay for is charging extra. Others think it’s a deal for their family of 4 to be able to see it for only $30 compared to a movie theater. For someone who would be spending about that much to see it in the theaters for 2 people, it feels a bit high to me for not having the size of the screen, high quality sound, and experience. Once Disney announced the movie would be free starting on December 4th, just two months later, I think there was a lot of pressure on the film to be “worth” the money you were spending on it. 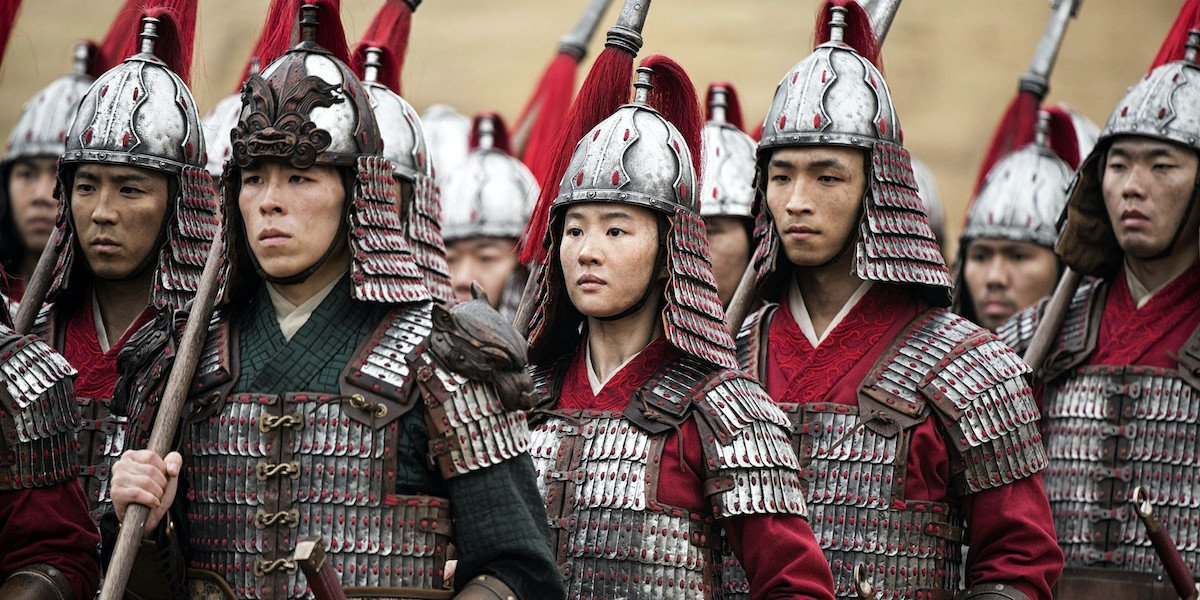 Ultimately Mulan fell a bit flat for me. There were some good moments, which I will start off with, but the lack of character development, the overuse of exposition, and the addition of some new elements that weren’t fully expanded upon weakened the film in my perspective.

The film is very visually appealing. If you like well choreographed fight scenes (that are sometimes a bit of the top) they do a lot of cool stuff with that. The scenes filmed in the village and the city are vibrant and full of color, a stark contrast to the darks and grays in the majority of the movie that takes place in the training camp and at battle.

The acting is strong as well (though I would argue that they could have done a lot more with a better script and more to work with). I think Liu Yifei does her best with the Mulan she is given and certainly must have done a ton of work for the physical aspects of the movie. The two big standouts for me were Gong Li as Xian Lang, and Tzi Ma as Mulan’s Father. Xian Lang is a new villainous sorceress introduced in the film, and the most fascinating character by far. Gong Li is absolutely a force in this role. Tzi Ma does an excellent job capturing the conflict that Mulan’s father goes through – he loves his daughter and wants to support her, but he also believes in honor and following the rules. Finally, Ming-Na Wen makes a brief guest appearance that I highly appreciated (she voiced Mulan in the original animated film). 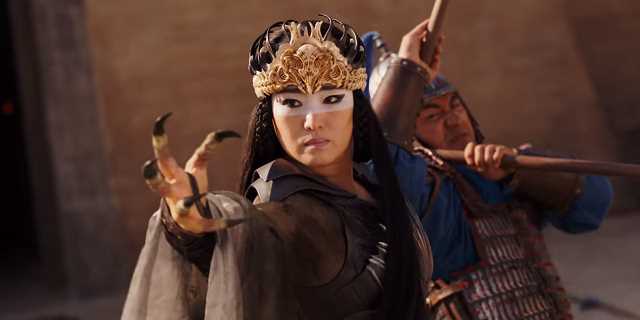 There are some new elements added to this version, most notably the idea of “qi.” Some minor spoilers will follow from here on out, so be aware of that if you don’t want to hear any details. At least the way it’s portrayed in this movie, qi is kind of like the Chinese version of the Force in Star Wars. She is particularly connected to the forces of the earth in a way that allows her to basically have superhuman strength and the ability to do crazy flips, run up walls, etc.

Of course, in ancient China this isn’t appropriate for women. Qi is only something to be proud of if you’re a man. So young Mulan actually gave off some strong Elsa vibes to me. She is told by her father to hide her qi – more or less to “conceal, don’t feel.”

I know some are praising the movie for making Mulan such a badass warrior, but to me she loses a lot of the charm of the animated movie. She basically has a superpower now. She’s not just the “average girl” that overcomes her awkwardness and lack of physical training to do amazing things, she’s just naturally good at everything. I lost the girl that I could relate to, who was awkward and knocked things over but still succeeded after a lot of hard work. As a result Mulan herself just doesn’t feel like a well developed character. I didn’t feel like I got to know her as a person very well. 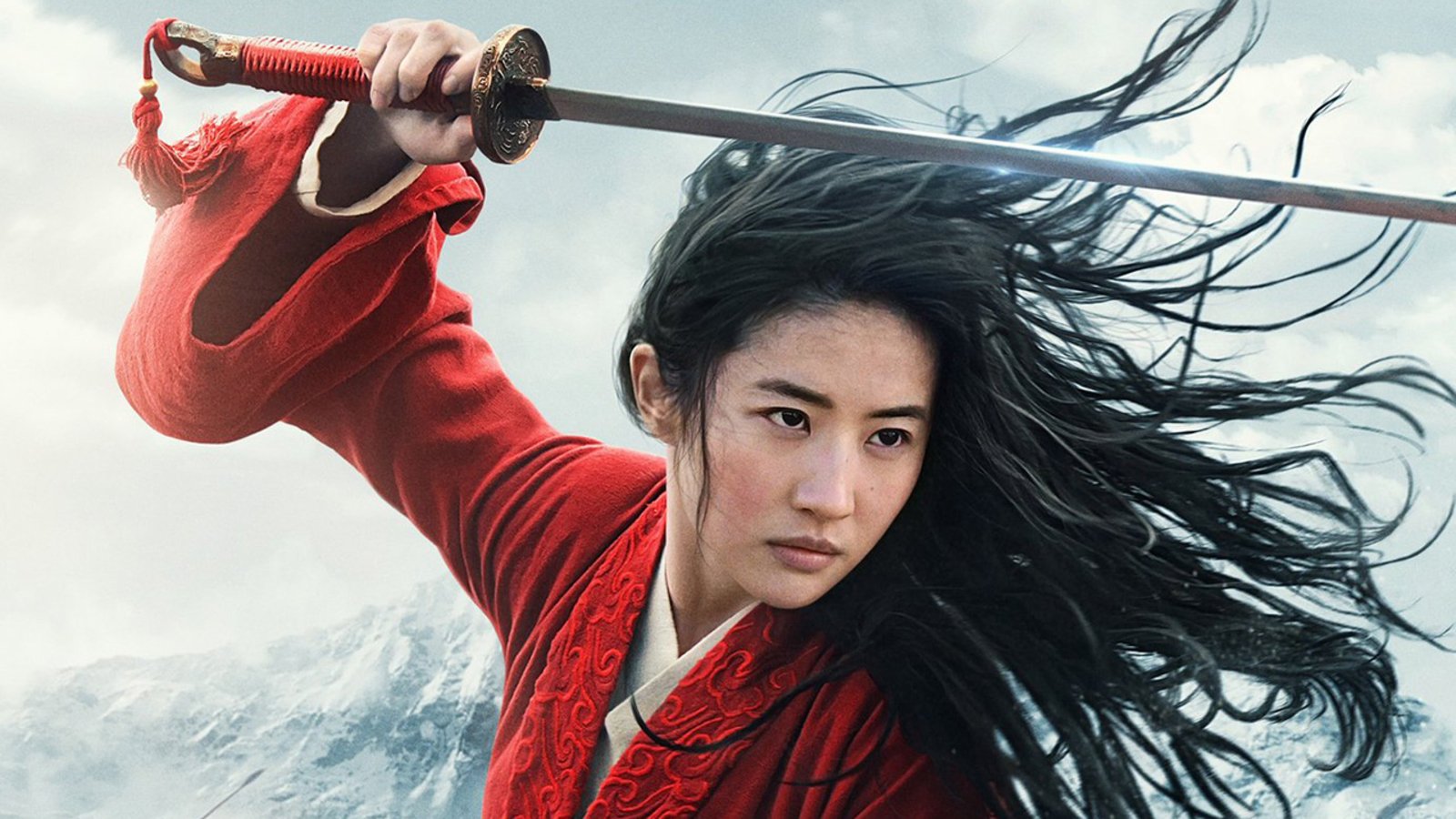 This is true for pretty much all of the characters in the film. They are not well developed and are lacking in personality. I would have loved to learn more about Xian Lang’s backstory, but we kind of just got it all at once towards the end of the movie in a bunch of exposition. Without the fun songs of “I’ll Make a Man out of You” and “A Girl Worth Fighting For” it doesn’t feel like we get to know the recruits quite as well. The character of Li Shang has been split into two separate characters (the commander and the “love interest”), which makes both of those characters feel a little one note.

Speaking of love interest, I wish it wasn’t there. Mulan is a story that doesn’t need a romantic element. While this version cut down on the love story a bit, it still felt the need to kind of shoehorn it in. This felt a bit forced and cliche and I think the movie would have been stronger without it.

Some people are saying this isn’t a “remake” but a new telling of the legend.  I went into it without expectation of comparing it to the original – and while they did change a few things, it’s hard for me to say this isn’t a remake because there are many scenes that are extremely similar to the animated film. Even some of the lines of dialogue are reused or lyrics from songs are spoken by the characters (can we not do that in the future, by the way? It sounds so awkward and forced when they are speaking lyrics like that and trying to make it sound natural). So yes, it did get rid of Mushu and the music, changed the villain and adjusted a few characters, but the echo of the animated movie was very strong regardless and I would consider this as much of a remake as The Jungle Book or Aladdin.

The whole movie just feels a bit dark and heavy. The comedic relief is very brief and I think the movie could have used more of it. While it didn’t have to be a musical, the animated movie was much more charming and approachable as a result of the songs.

I think the Mulan live action version had a lot of potential, but it just didn’t do a lot to capture me. I liked the addition of the sorceress and the idea of qi, but I think they needed to do more to expand on it. And while it’s visually appealing, at the end of the day the characters are usually the most important part of a film for me and they just didn’t win me over. If you’re debating about spending the $30 to watch the movie now, I’d probably recommend waiting.

Have you seen the Mulan live action movie? What were your thoughts?