Details about the Mojito tasting on Disney Cruise Line! 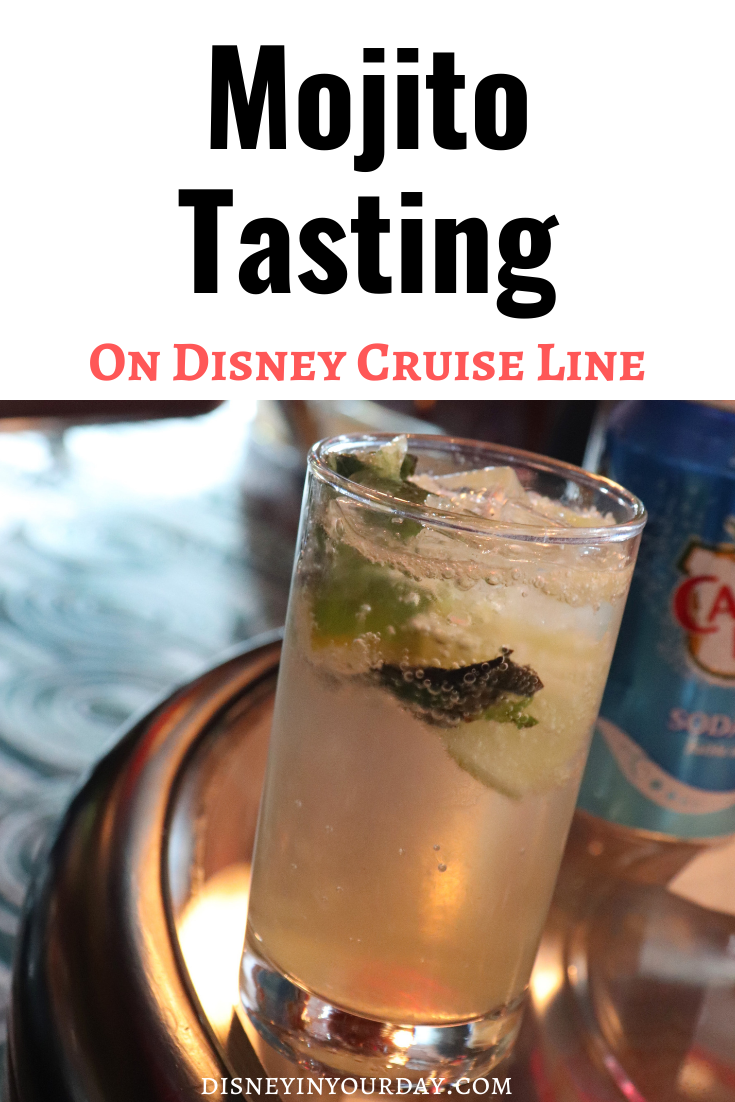 One of my favorite things to do on the Disney Cruise ships is attend the drink tastings. They are an extra fee (usually about $20-30 depending on the type of drink), but you get a bunch of samples. It’s also a seminar, so you actually learn about the drinks and how to make them. Something with alcohol that’s also educational? That has my name written all over it!

During our cruise to Alaska we actually attended 3 different drink tastings (on other trips we’ve done the whiskey tasting and the mixology class). We did the martini tasting, champagne tasting, and mojito tasting on the Alaska cruise. One of the cool things is that the tastings are going to vary not only ship to ship, but depending on which bartender is leading the talk. Some of them have their own unique recipes that they’ve invented, which you can only get at one particular bar or from one bartender on board.

I like a good mojito but really knew next to nothing about the history of the drinks, different variations of it, and the best way to make it. So I learned a lot and I’m happy to share a look into what went on! 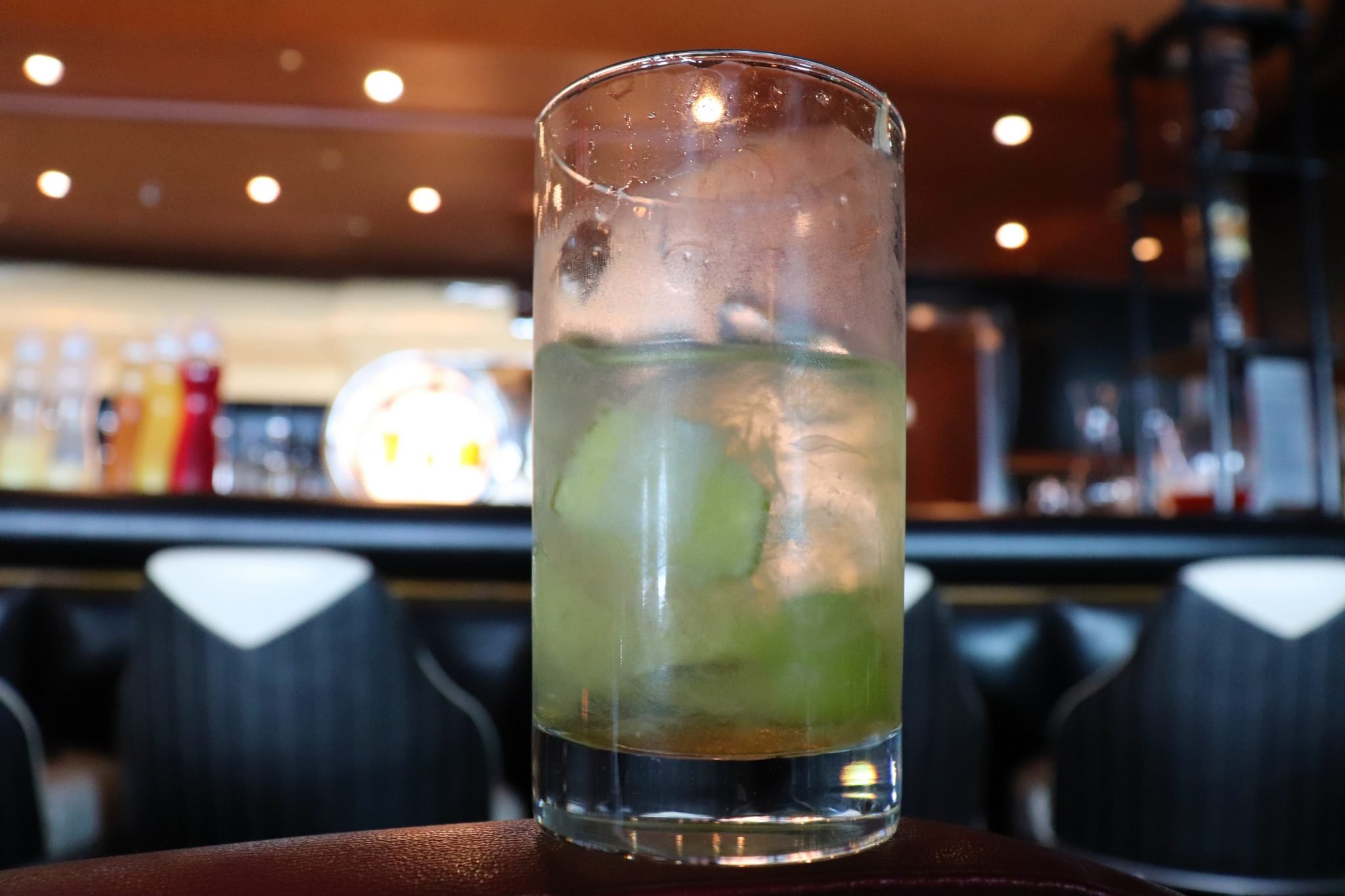 What is a mojito?

A mojito is a cocktail that originated in Cuba. The basic ingredients are typically lime, mint, rum, sugar, and water. It was actually first invented there as a medication scurvy, dysentery, and other illnesses.

Basics to making a mojito

The first step in making a basic mojito is to muddle the lime and mint leaves with the rum in the bottom of the glass. The easiest way is to buy and use a muddler for this step. However, some places will just squeeze the lime juice in rather than muddling the lime slices. You then add ice and top with club soda. Our bartender also suggested wiping the edge of the rim with a mint leaf for a little extra flavor in each sip! 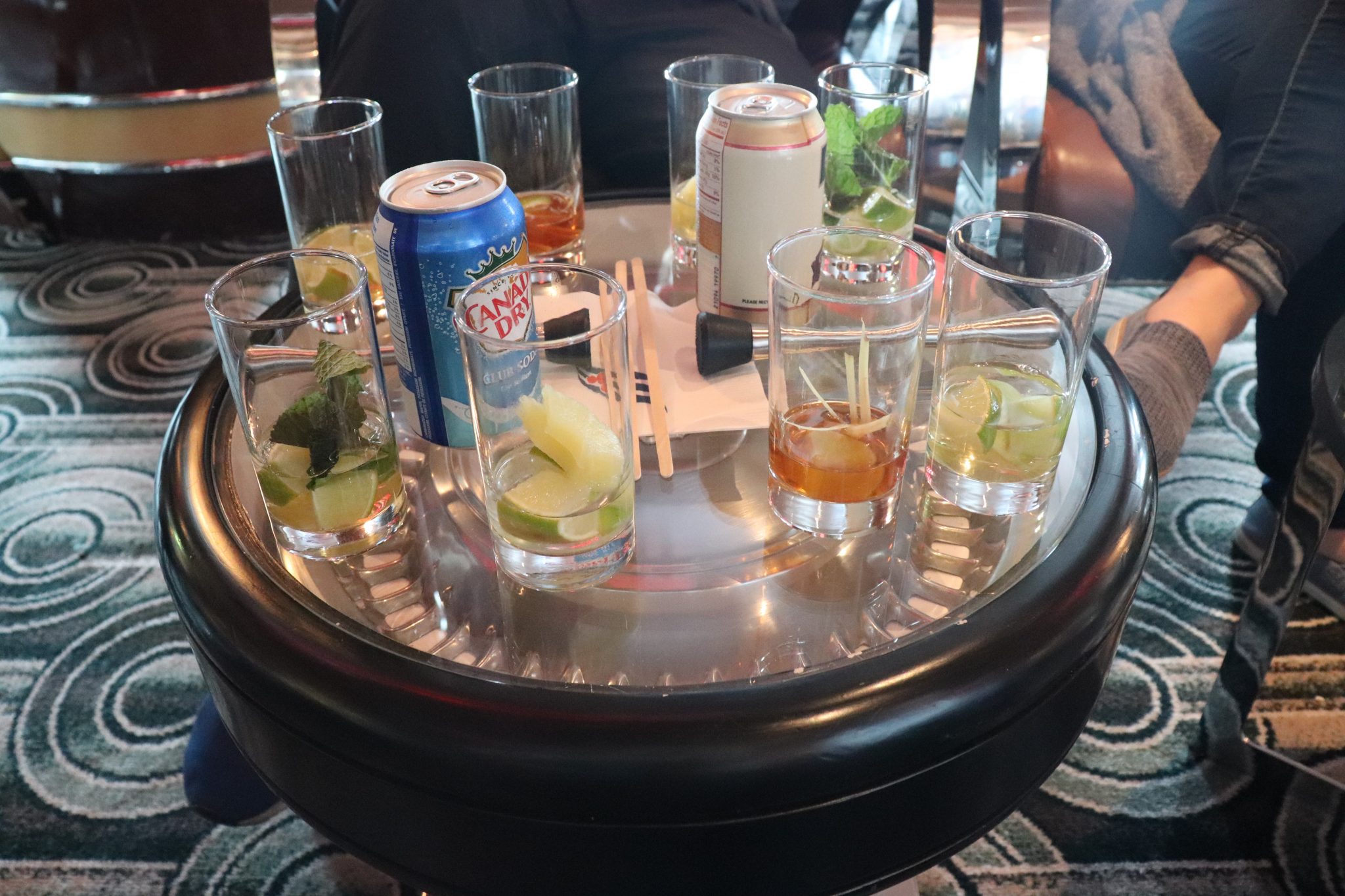 While the original mojito was invented in Cuba, other countries have since made their own versions. While in Cuba they traditionally used just water, most places now make it with club soda instead (that’s typically how you’ll see it in America). It actually first came over to America thanks to Ernest Hemingway, who was a big fan of the drink and wanted to have it outside of Cuba. A few other notable kinds of mojitos are both from Brazil: the caipirosca (which is made with vodka instead of rum) and the caipirinha (which uses a similar spirit called cachaça in place of the rum and does not use mint).

Mojitos we made and sampled: 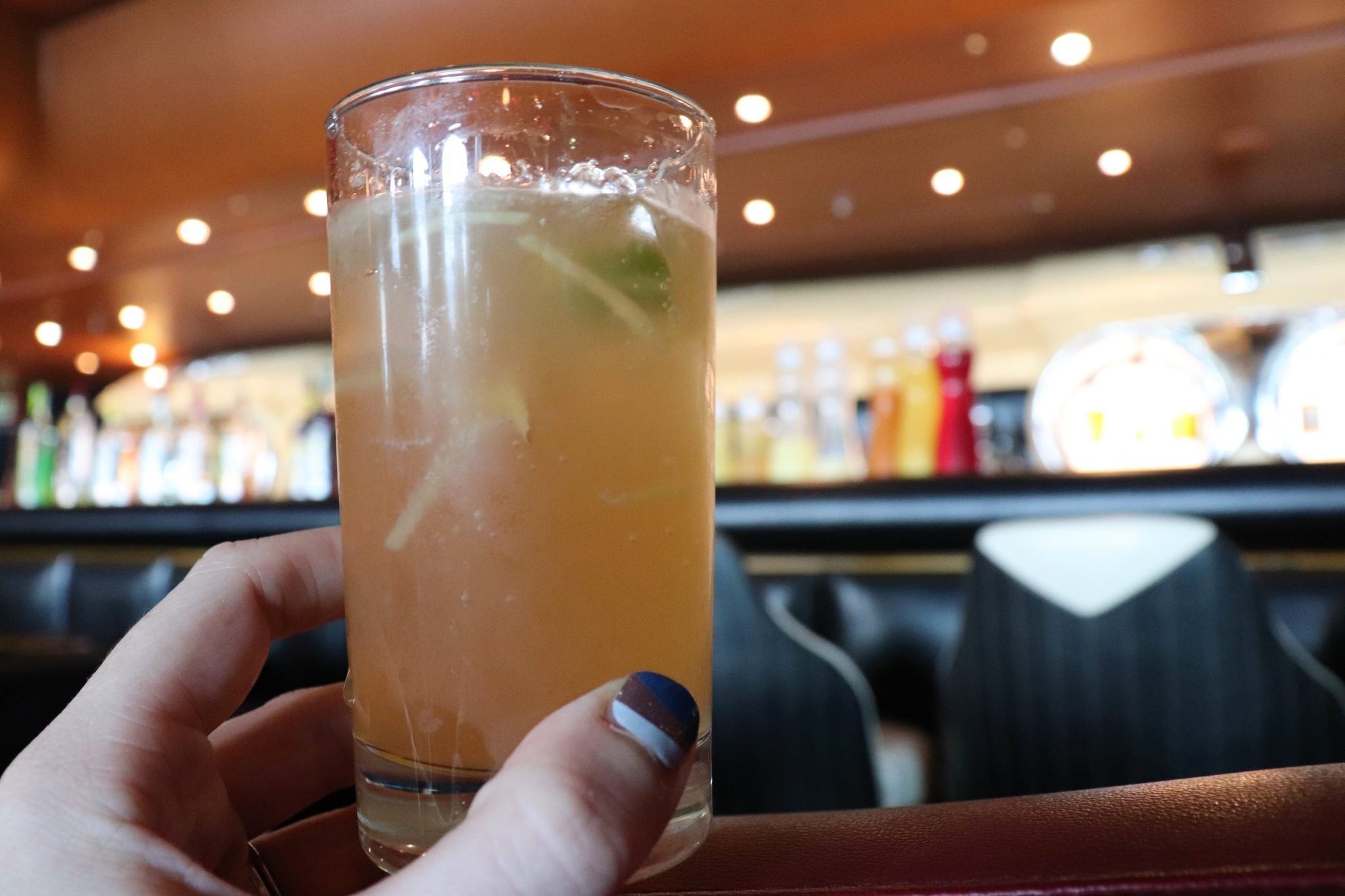 Thinking about a Disney cruise? Check out my Ultimate List of Disney Cruise planning resources to get you started. If you’d like the assistance of a travel agent at no extra cost to you, email me at [email protected] and we can start planning and booking your trip!

Would you try this mojito tasting on Disney Cruise Line? Which mojito would you be interested in the most?