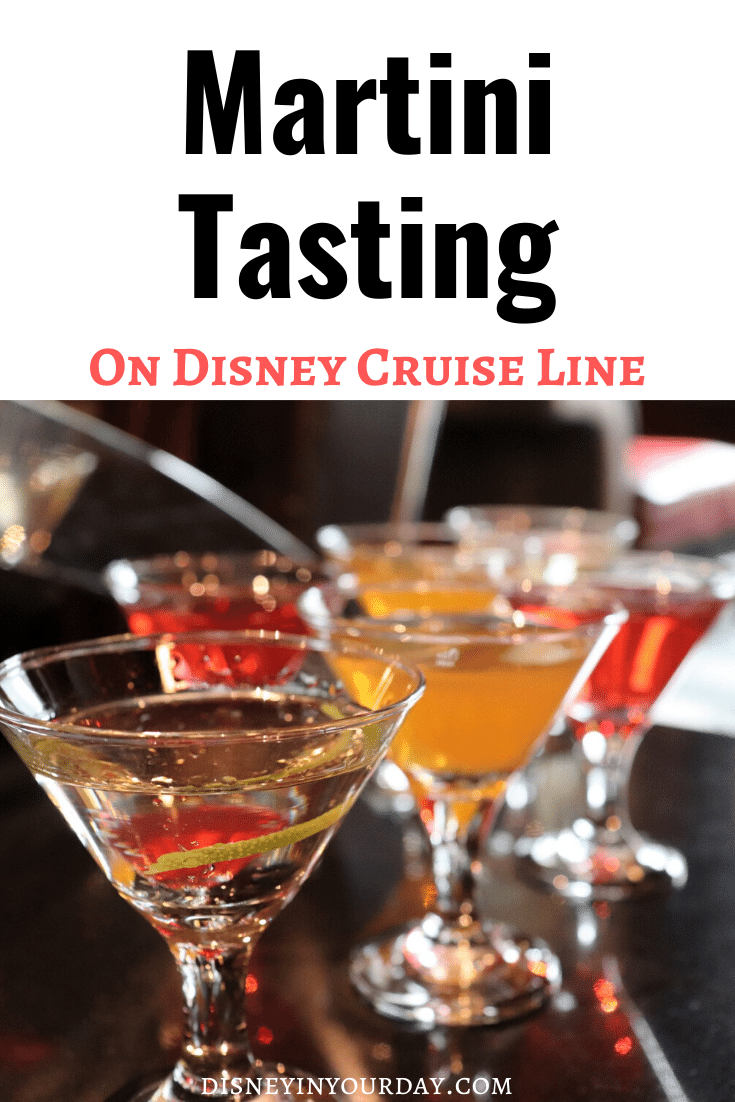 One of my favorite things to do on the Disney Cruise ships is attend the drink tastings. They are an extra fee (usually about $20-30 depending on the type of drink), but you get a bunch of samples. It’s also a seminar, so you actually learn about the drinks and how to make them. Something with alcohol that’s also educational? That has my name written all over it!

During our cruise to Alaska we actually attended 3 different drink tastings (in the past we’ve done the whiskey tasting and the mixology class). One we tried this time around was the martini tasting! One of the cool things is that the tastings are going to vary not only ship to ship, but depending on which bartender is leading the talk. Some of them have their own unique recipes that they’ve invented, which you can only get at one particular bar or from one bartender on board.

We started with a little bit of background about the martini drink, including the glass. I personally have always hated martini glasses because they spill so easily! But he told us that the glass was invented during prohibition because it was easy to hide behind your back if the cops showed up. I assume it was also easy enough to dump out your drink with that style glass, not that I know from personal experience or anything. 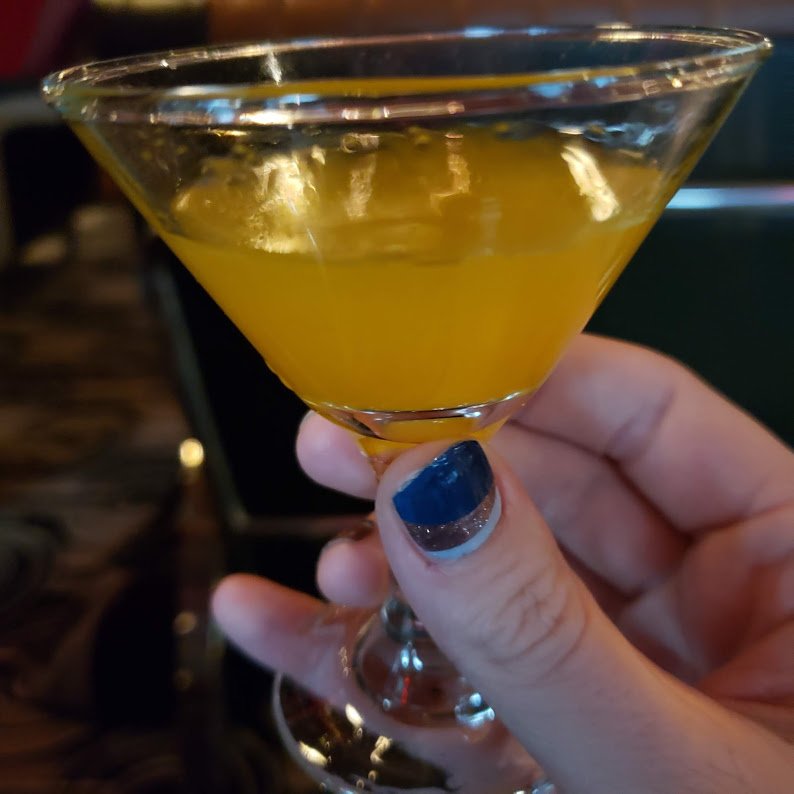 He told us that stirred is actually the better way to drink a martini. Putting it into a shaker chills it faster and waters it down more. Apparently James Bond has brainwashed us into thinking shaken is better. But it makes sense for him to get the watered down version – after all, he’s a secret agent so he doesn’t want to get too drunk!

What is a martini?

What actually makes a martini a martini? The “old world” style was with gin and vodka. Martini purists say a martini is gin and vermouth with one olive. But there are tons of different types of martinis today, with different alcohols and flavors. He said nowadays basically anything served in a martini glass can be called a martini. So it’s actually all in the glassware! 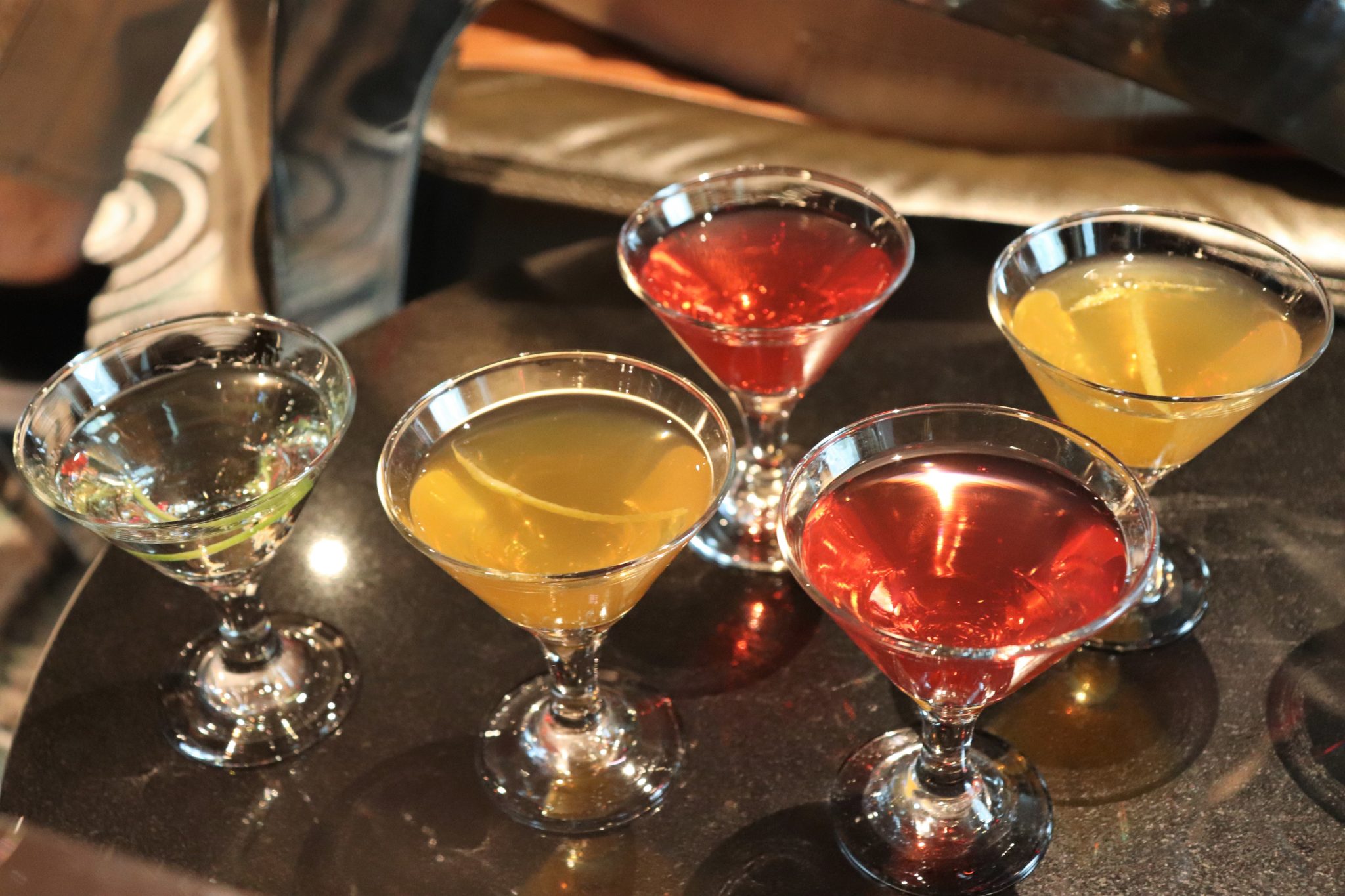 We then got to sample a few martinis:

Overall I really enjoyed the martini tasting. I like learning about the history of the drink and what actually makes a martini a martini. Plus trying them is a ton of fun – we tried really different ones, from the typical dirty martini to a fruity one to a chocolate-y one. Great variety and they were all delicious!

Would you try this martini tasting on a Disney Cruise? Which martini would you be interested in the most?