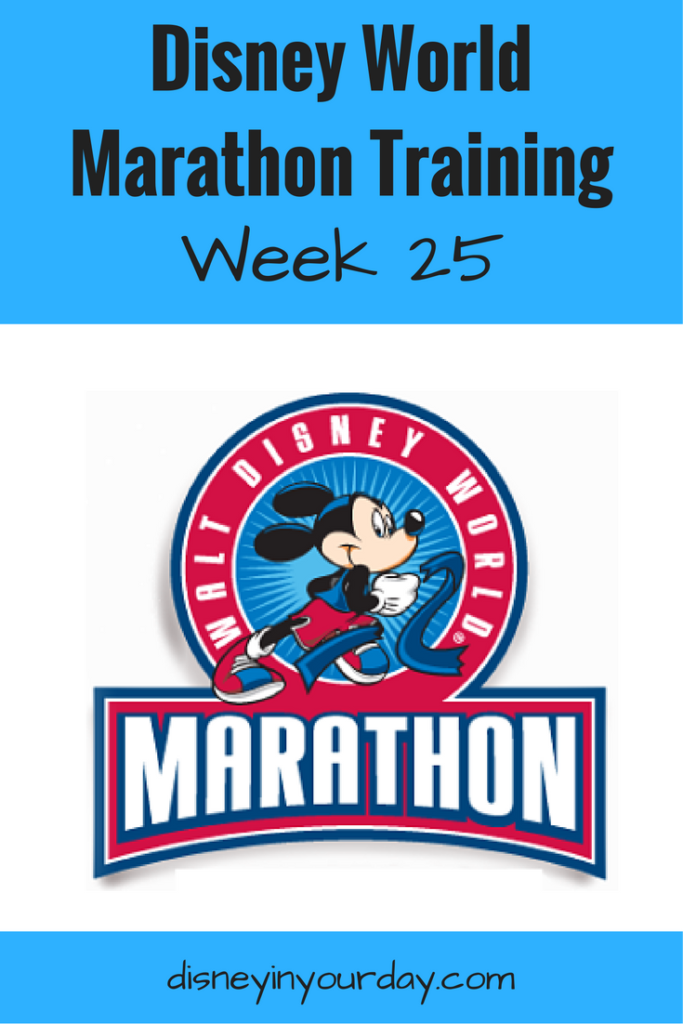 I doubt anyone has been following my marathon training all that closely, but if you did you would have noticed that I didn’t really post about it the last two weeks.  The reason for that was that my ankle was hurting after the 23 mile run.  I decided to rest it as much as possible.  I did a couple of short runs but nothing really worth blogging about it.  But now, for the week with the last long run, I got back into it.

This week had two short runs and one very long run.  A lot of people I know training don’t do the full 26.  Some only go up to 23, and others only 20.  I think those last 3 or 5 miles make a big difference though so I wanted to do more.  My goal was to get to 24 or 25 – so further than I’d gone before, but not quite the full marathon (I’ll save that for January!).

My first short run I did on Monday.  I was all set to go to the gym because it’s been so cold and gross in Pennsylvania.  But when I stepped outside on Monday morning it actually wasn’t that bad – so I ran outside instead!  That was nice, even though I kept my pace slow due to my ankle and it being the first time I’d run in over a week.

My second short run was on Wednesday at the treadmill.  I was feeling better than Monday so at least it was like I was making progress!

My last long run was going to be Saturday.  And then the weather forecast came.  Not just cold, but sleet, ice, and snow.  I can run in a little bit of rain.  Maybe I could even run in some snow.  But ice is definitely a no-go.  I knew I couldn’t risk injury this close to the marathon.  I thought about taking off on Friday and running but it was going to be really cold and I do not handle the cold well.  So that’s when I did something crazy – on Wednesday I bought a plane ticket to Orlando for the weekend!  I arrived on Friday afternoon and I’m here til later tonight.  I had amazing friends who were willing to let me stay with them, and they even pointed me in the direction of a really nice running trail to do my long run on Saturday morning.

It started off wonderfully.  I started around 7am and it was still cool and a lot of the trail was shaded.  It was very pretty to look at and lots of other people were walking, running, and biking.  I did the first 14 miles with pretty much no problem.  Later on in the run it got much hotter though.  Not that I’m complaining about the heat – I’d rather have it than the cold – but it definitely makes running more challenging.  Around mile 15 I noticed a lot of chafing on my thighs, which I’ve never had before.  Like to the point of blood, which was a little disconcerting, but I pushed on.

By mile 19 I was miserable.  My back was really, really hurting, which I’ve never had before.  Maybe it was because of my hydration pack on my back?  But I’ve worn it on a number of long runs before (including my 23 miler) and never had an issue before.  I ended up taking it off and carrying it which helped.  I also sat for just like 3 minutes and honestly, that did wonders for me.  I was able to regain a little energy and push on to the entire 25 miles.

If I had been near my car or my house I probably would have stopped earlier.  But I had plotted out 25 miles and the only way to get back to my car was by doing 25, so I had no choice.  I guess that’s good since I won’t really have a choice for the marathon either.  But it was miserable at the end!  I walked most of the last 5 miles.  But I got through it somehow, and still with a decent pace.

We’ll see what happens in 3 weeks at the marathon! Honestly, I’ll be glad when it’s over!