You are here: Home / At Home / Make a Coco inspired Papel Picado + giveaway! 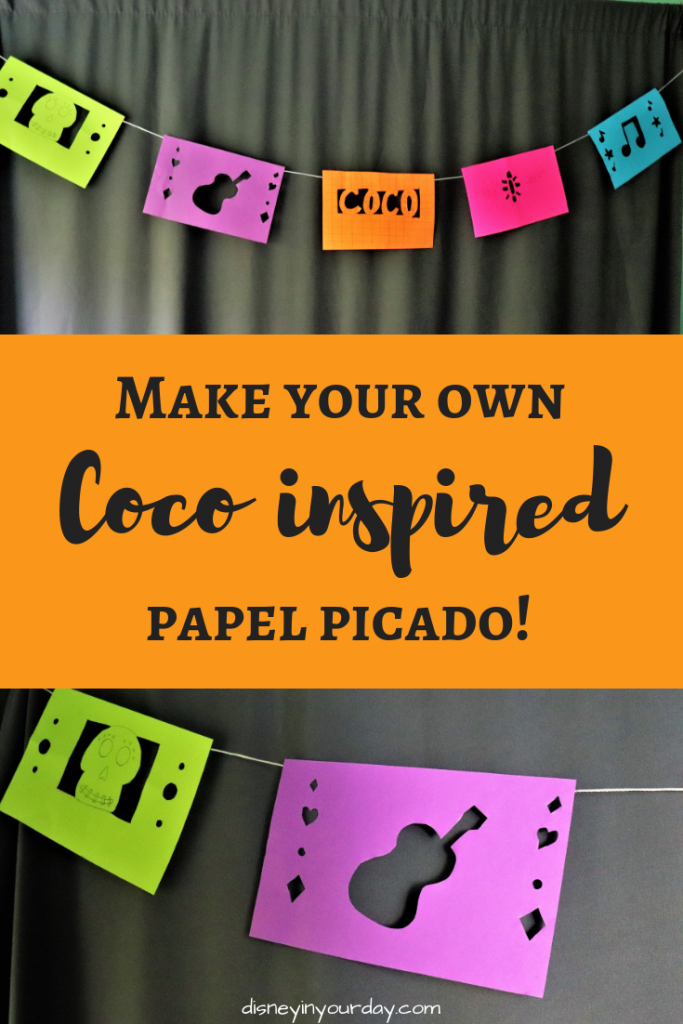 I really enjoyed the movie Coco, but especially the visuals of it. I had learned a bit about Dia de los Muertos when I was in school, but this film was a great opportunity to learn a bit more. Lately at work I’ve been doing a program for some of my kids called Passport Pals, where we focus on learning more about a different country every month. This month we picked Mexico, so I was excited to tie in some Dia de los Muertos activities! 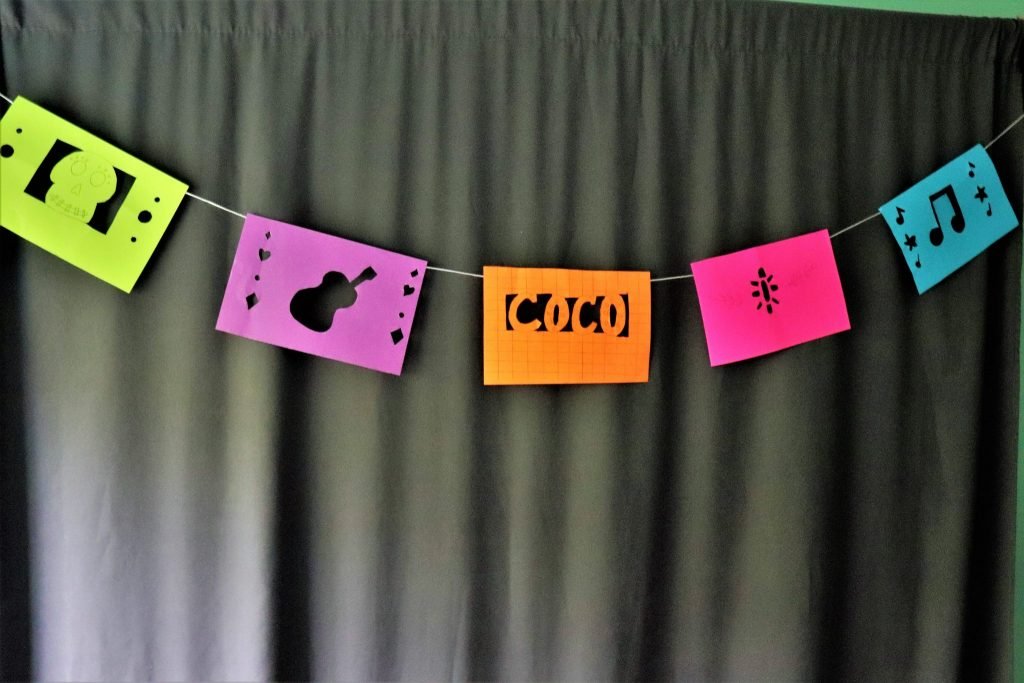 We usually do some trivia, a craft, a game, and snack for the country. After doing some research I decided to have the kids make their own Papel Picado for the craft. If you’ve seen Coco you might remember the stunning opening sequence that was told on animated pieces of paper. That’s called Papel Picado, and it’s a type of Mexican folk art that used to decorate the altars during Dia de los Muertos, as well as other occasions.

It’s normally quite elaborate, with tons of detail. However, I’m working with kids who are about 8-11, and I also don’t have hours to spend on it. So I made my own simplified version for the kids to follow. They were welcome to put anything they wanted on theirs, but of course I made my example Coco themed! 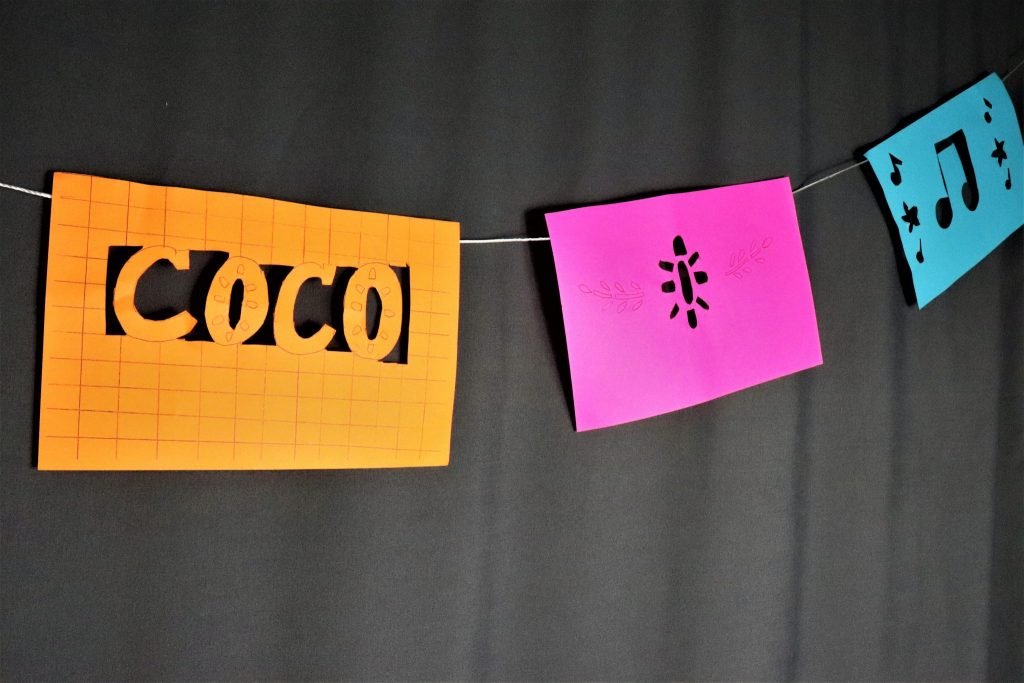 You can take the basic ideas here and make them as simple or as intricate as you’d like. I also scanned the templates I drew up for myself, so you are welcome to use those, though I will say they are by no means perfect!

Don’t forget to head to the bottom of this post, where I’m also hosting a giveaway for a copy of Coco on blu-ray! 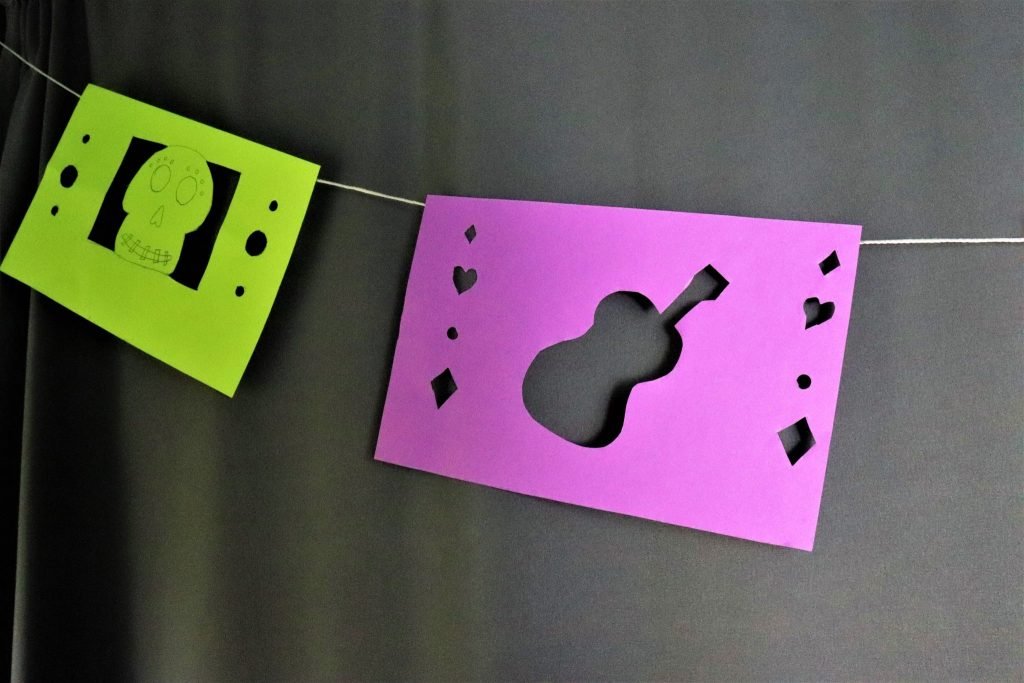 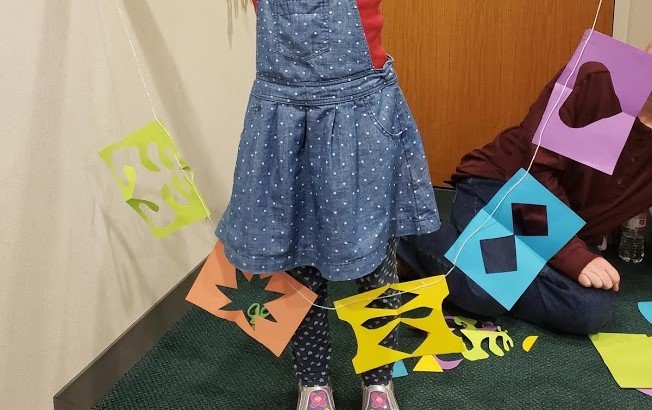 The creation made by one of my 3rd graders at our program!

Enter below to win your own copy of Coco on Blu-ray/DVD! Giveaway will run until the end of Dia de Los Muertos – Saturday, November 3rd. Open to US residents only. Good luck! 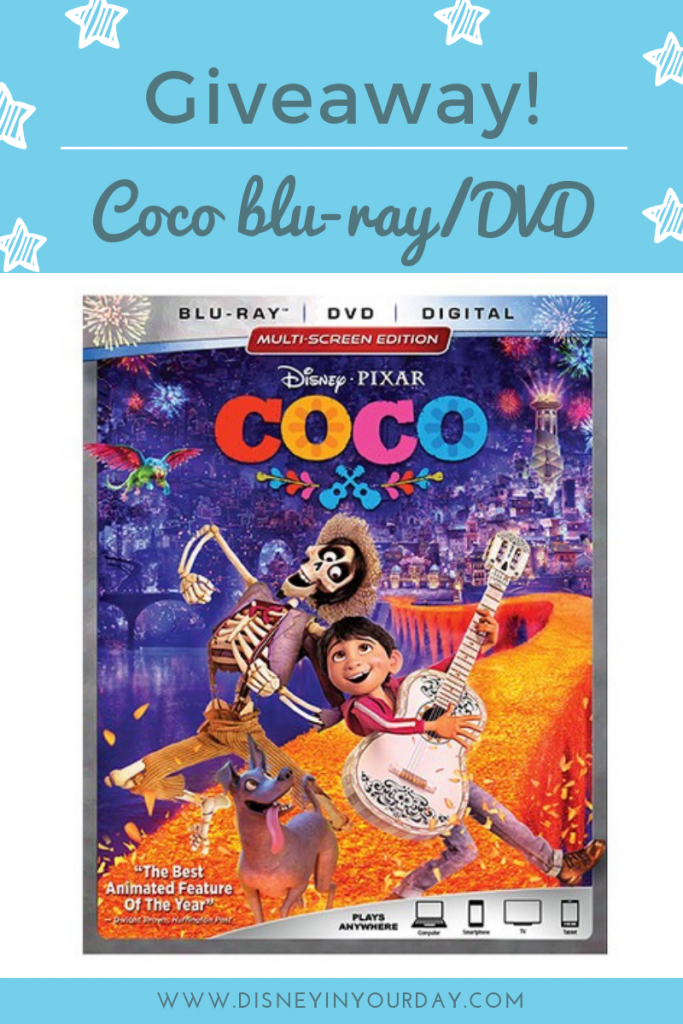