You are here: Home / Disney Movies and TV / Incredibles 2 review 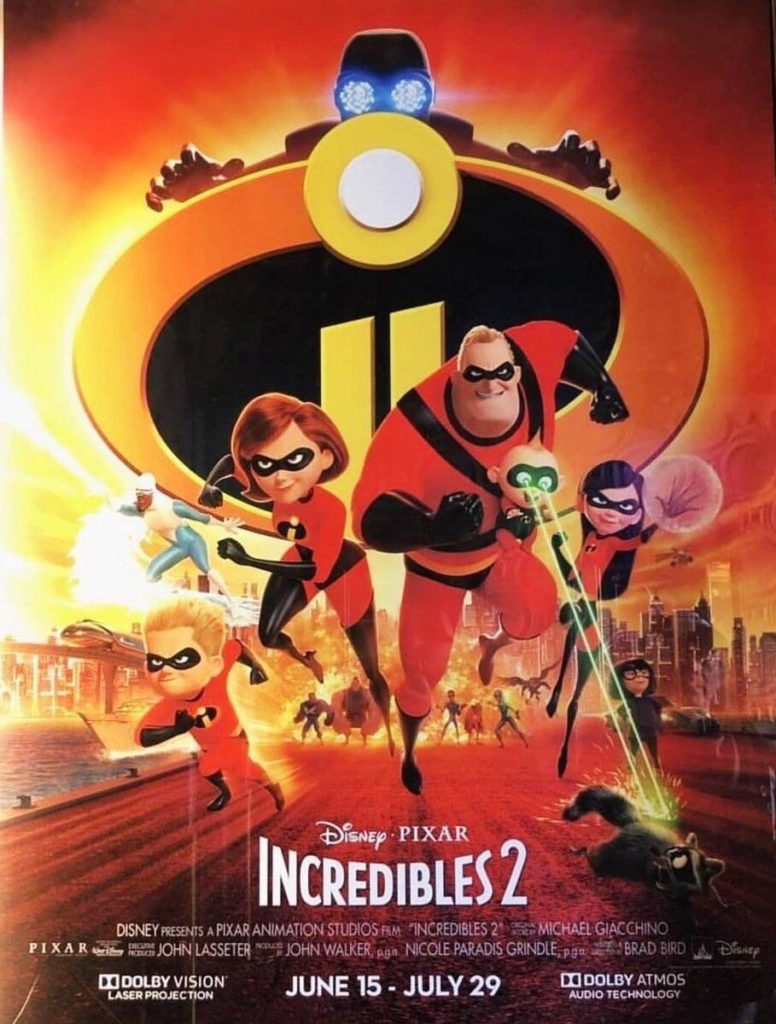 This past weekend a long anticipated sequel premiered – Incredibles 2, which comes to us 14 years after the first one. That makes it the longest stretch between sequels for any Pixar movie (including Monsters Inc/Monsters University and Finding Nemo/Finding Dory). It’s also the longest running Pixar film, coming in at 1 hour and 58 minutes. So is it worth the wait?

All in all, I’d say yes! I enjoyed the film and while it’s certainly not flawless, it was a lot of fun and had some good laughs.  The movie picks up right where the last one left off – literally minutes after. Even after all of the fun in Incredibles 1, supers are still illegal, and the Parr family finds themselves stuck in a motel after their house blew up and without real jobs. An opportunity is presented for Elastigirl to pursue a villain named screenslayer and change the image of supers, so she takes this new job while Bob stays home with the kids.

Of course anytime you have the classic “dad stays home with the kids and doesn’t know what he’s in for!” it’s going to be pretty funny (if not a bit cliche).  But add on the fact that his kids have superpowers and it makes this potentially tired gag hilarious again.  Trying to deal with a baby, learn new math, and deal with an adolescent daughter’s boy problems? More difficult than being a superhero and saving the world!

But the real highlight of the movie is baby JackJack.  He has a plethora of powers, and seeing them displayed is pretty entertaining.  And when (small spoiler) Mr. Incredible can’t take any more and seeks out Edna Mode as a babysitter, you’ve got two of the best characters combined on the screen. 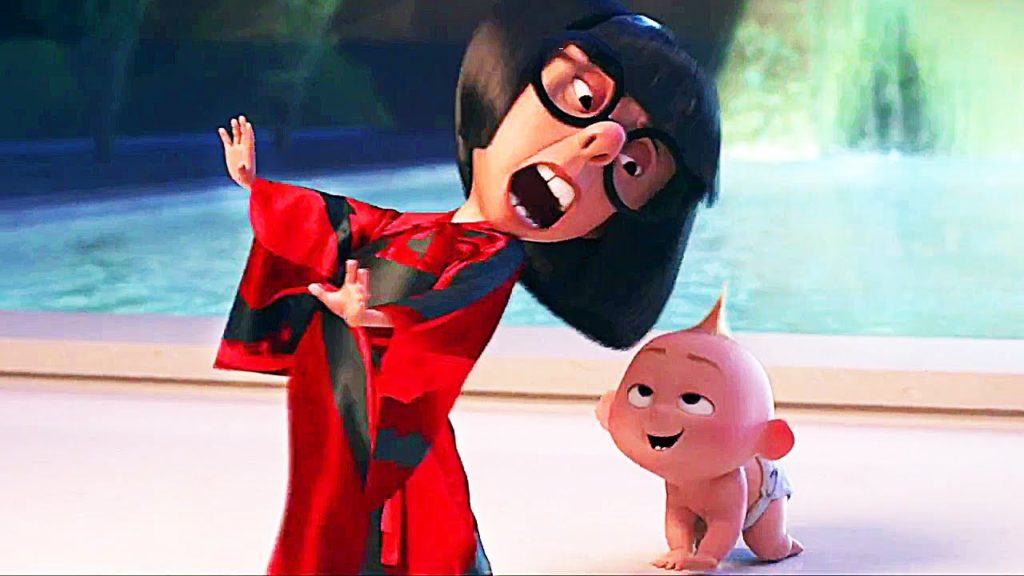 Another pro to this movie is the stronger roles that females play. When someone is needed to to give superheroes a better reputation, it’s Elastigirl that they go with, not the typical strong and powerful Mr. Incredible. It’s like choosing Black Widow over Captain America to be the “face” of superheroes and Bob Parr has a really hard time accepting this. It’s difficult and frustrating at times to see him get upset at his wife’s success, but it also feels like a pretty realistic portrayal of those feelings.  The group that Elastigirl teams up with to try and save supers is a brother/sister team, and while the brother is really good at marketing it’s the woman who’s the real brains behind the operation when it comes to technology and smarts. 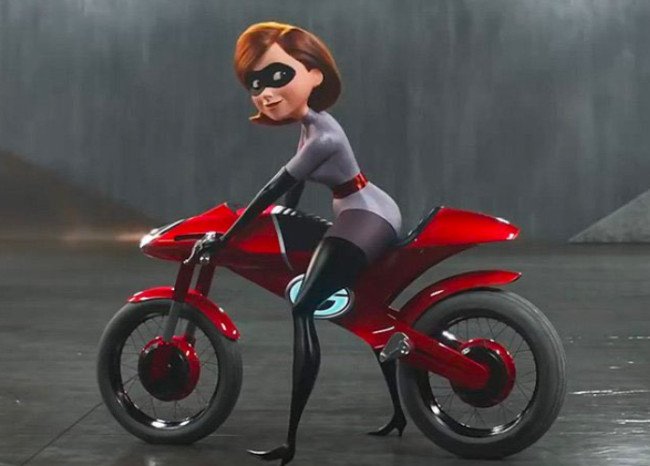 The one major downside I had to the movie was that it felt a bit predictable and typical in some ways.  “Dad staying home with the kids and not realizing how much mom actually does!” isn’t exactly an original plot. Violet deals with boy troubles! Dash has trouble with math homework!  I didn’t mind it because I thought these things were well done, but the most disappointing part of the film was probably the villain, which just felt extremely predictable.

Also, and this might be a minor nitpick, but there were a lot of “big action scenes” that felt really similar.  The 3 major chases/saves involved stopping a large moving transportation method – a monorail, a boat, a giant drill. It felt oddly repetitive.

One other thing I thought was interesting was a theme that was only briefly touched on but clearly echoed some real world scenarios.  Superheros have a bad reputation due to some of the damage they’ve caused in their attempts to save the world. The way they decide to try and change the public perception is by putting cameras into their suits to film what’s happening so the public can see “what’s really going on.” This felt super reminiscent of some of the issues with police officers and the cameras that some officers have started wearing. It’s interesting to see something that feels rather political inserted into a Pixar film like this.

I have to say that I really enjoyed the movie overall and I think it was “worth the wait.” It’s a lot of fun and an entertaining time, so if you’re a fan of the first one I think you’ll really like the second!

Have you seen Incredibles 2? What did you think of it?