You are here: Home / Blogging / My Impressions of Blogger Bash 2016 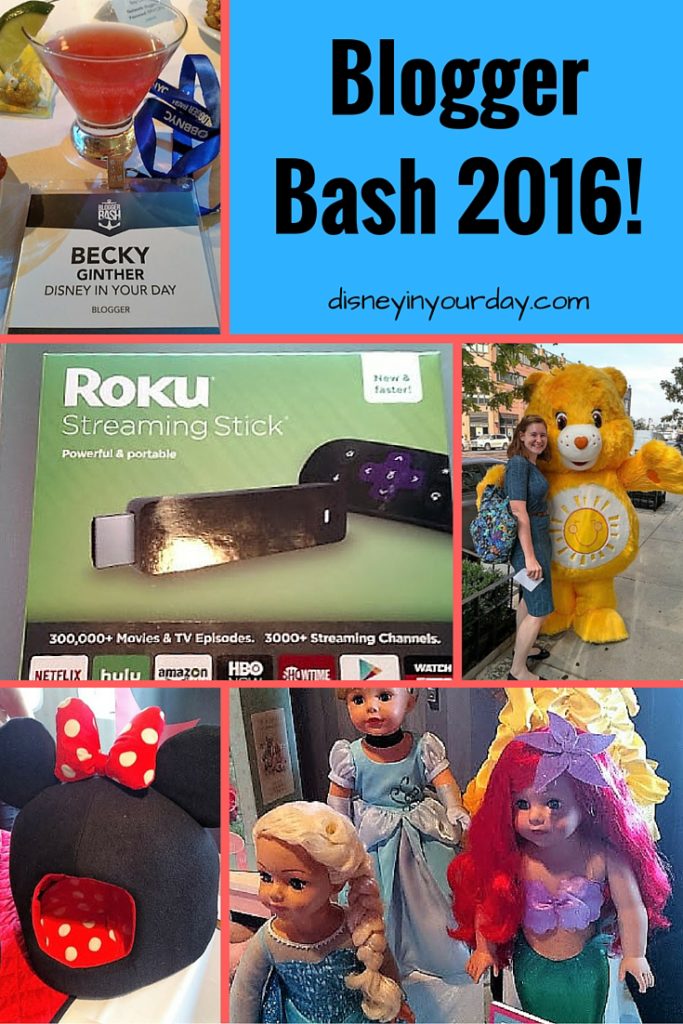 What a whirlwind of a time I had these past couple of days!  I attended my very first blogging event, Blogger Bash.  It took place in NYC from July 13-14th.  I went in not knowing a single person there and not sure what to expect, but it was a great experience!  I’m hoping to go into more detail on some of these events in other posts, but for now here’s a look at everything that I attended. 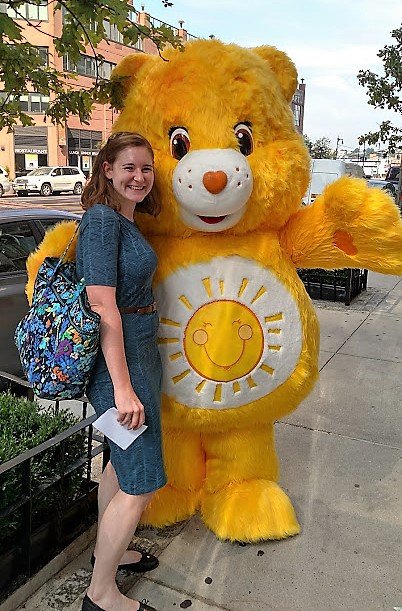 The food was great.  This kick-off event was sponsored by the Care Bears and we even met Funshine Bear on the way in!  We got fun swag bags full of adorable Care Bear items.  We heard about what’s coming for the bears in the next year or two (we’ve got a live action/animated feature film coming!).  We also heard from an inspiring girl named Jessica who started her own charity to put stuffed animals into emergency response vehicles so kids who have to ride in them would have some comfort.  She started the charity when she was 9 years old and is now 13.  Very inspiring and if you’re interested in learning more about what she does you can visit her website We Care Bears.

I wish I could have stayed for this whole presentation because it seemed like there was so much to be learned here!  They focused on a variety of blogging tips and tricks, with a particular focus on actually making money and a career out of blogging.  Very interesting and I learned a lot in the two hours that I was there (the whole presentation actually lasted 5 hours).  But I had to leave early for the next event, which was… 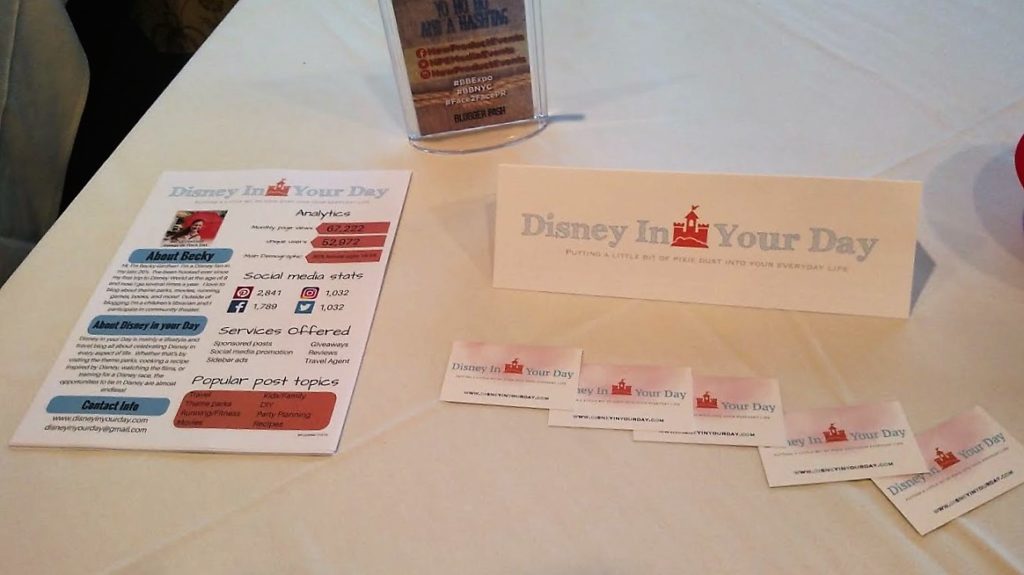 This was something you had to apply and be selected for and the fact that I was made me both excited and nervous!  It’s basically like speed dating, except instead of dating you’re networking with brands.  You get 5 minutes with each company for them to pitch their product to you and for you to pitch your blog to them and talk about how you could work together.  It lasted for an hour and a half and was absolutely intense, exhausting, and amazing.  After doing that I feel so much more confident in my blog and myself, and hopefully made some great connections!  Some of the brands I was able to talk to and hopefully will be able to partner with on something included Roku, Drink in a Box, Red Baron, Playstation, Boiron, Chock Full O Nuts/Hills Bros. coffee, and more! 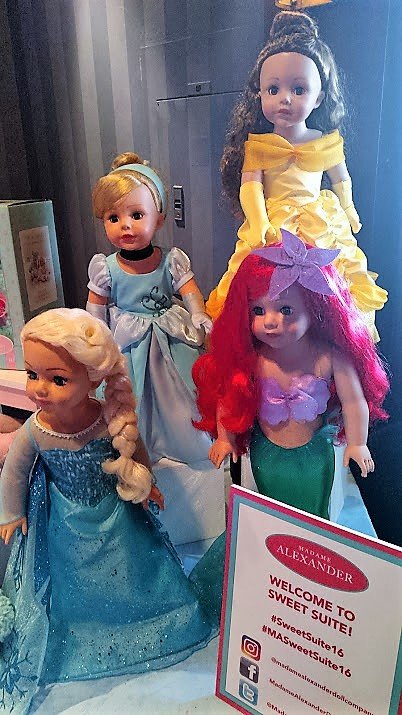 Probably the most looked forward to event, Sweet Suite is basically a giant expo of toys.  Lots of toy companies come to pitch their brands, connect with you, and even give out free samples.  There are so many cute things coming out and you could definitely see what some of the toy trends will be this holiday season.  There was also some great Disney items out on the floor, including new dolls from Madame Alexander, tsum tsum toys, lots of Finding Dory merchandise, and Disney lego sets.  Including a peek at one of the new Princess Lego sets coming out – Beast’s castle with Belle.  It’s Belle’s first Lego appearance and you know this is a must-have for me!  I also want to mention one non-Disney but totally awesome game we discovered.  It’s called Happy Salmon from North Star Games.  And it’s a totally and completely silly, fast and super fun card game!  We played a round at the expo and were running around, high-fiving, and laughing like crazy.  Apparently in addition to some of the free stuff that companies were handing out at the expo we’re also getting a big box of samples mailed to our houses – including a copy of Happy Salmon!

Breakfast with Kate and Mim-Mim 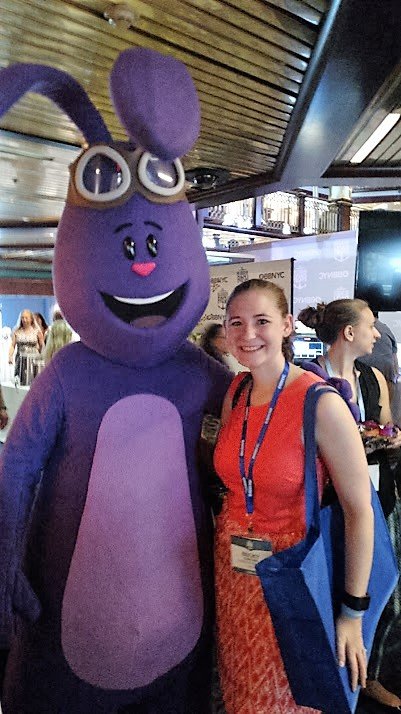 Kate and Mim-Mim is a relatively new show on Disney Junior all about a young girl named Kate and her imagination, which includes a large purple bunny named Mim-Mim.  The creators of the show were there and talked about how they came up with the idea.  The show was actually inspired by their own daughter Kate, and many of the plots are taken from everyday situations in their lives.  We also got a sneak preview of the new merchandise coming for this franchise! 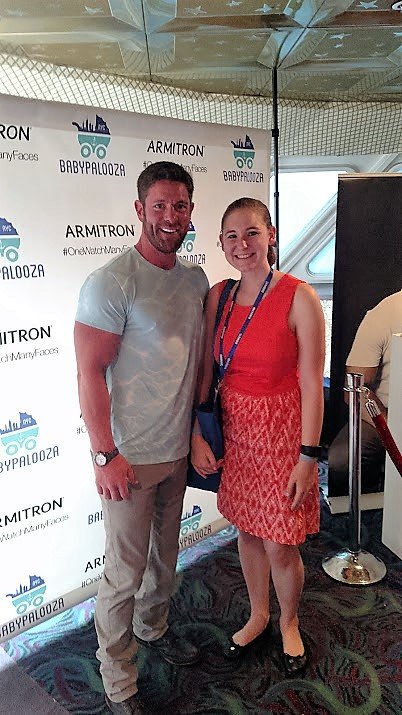 Another expo, this was focused on Mom and baby stuff.  Not having any kids myself I wasn’t sure if there was much I would find here but I decided to check it out anyway.  Glad I did because there were a couple of relevant things!  I talked to a company called Dolphin Organics about their organic sunscreen (perfect for the theme parks).  I also met with a Zazzle representative and talked about all their Disney stuff!  There was another company called Oilogic which makes essential oils for babies/kids.  I actually won their giveaway so I got a full set of their oils (which I’m hoping my cousin with a 6 month old will love) and a bottle of wine (I can use that myself 😉 ).  Finally, they also had a celebrity meet and greet with Noah Galloway, who you might recognized if you watch Dancing with the Stars! 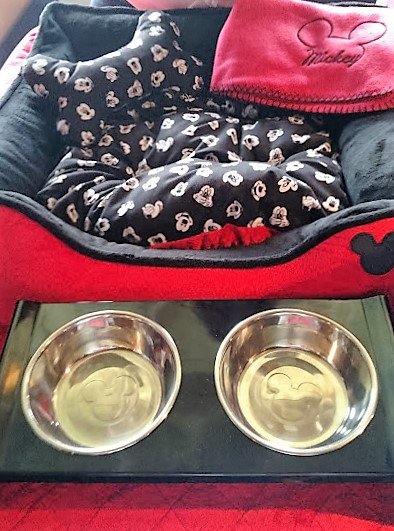 The other big expo event I attended was the New Products expo, which was a large variety of different brands.  I’m talking everything from Ben & Jerry’s to Duck Tape to Soleurs sunglasses!  I was able to follow up with a couple of the brands I met at speed pitching the following day as well as interact with new brands.  The most exciting thing I saw is a new company called Sentiments Pets.  They’ve partnered with Disney to release a line of Disney inspired pet products, including things like food dishes and beds.  They are supposed to come out this fall and looked absolutely adorable. 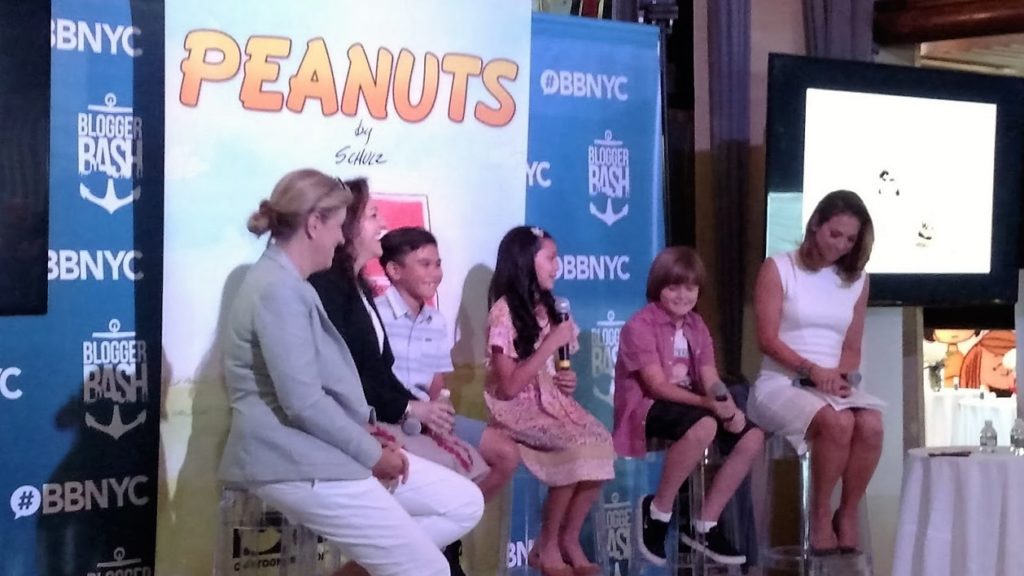 A buffet lunch was served and we learned about the new stuff happening for the Peanuts franchise.  There is a new TV show and the kids that do the voices for Charlie Brown, Linus, and Lucy were there!  They were adorable and it was so neat to hear them talk about what they do.  Ginger Zee from Good Morning America (and Dancing with the Stars) was also there to interview them and talk a little about her own busy life.

Unfortunately I had to leave shortly after lunch to get home to see my parents and brother briefly!  Since they live on Long Island I wanted to spend a little time with them while I was in the area before traveling back to PA the next day.  Some of the other things that I unfortunately missed were a keynote with Snooki and JWoww, a panel on marketing to Millennial Moms, a small expo of stuff from Ireland, and the goodbye party.

Blogger Bash was a great experience to push me out of my comfort zone a little.  If you’re looking to connect with brands you should absolutely attend.  Not all brands were relevant to my rather niche blog, but some definitely were.  The only thing that was a little difficult for me was fitting in.  I think part of it is because this event has been going on for awhile and many of these bloggers had long standing relationships with each other already.  I think another part of it is that probably at least 90% of the conference was “Mommy bloggers.”  My blog was definitely different than the norm there.  Everyone was absolutely super friendly, but I didn’t feel like I made any “friends” if that makes sense.  I think in retrospect I would have tried to connect with more newbies through the facebook group beforehand so I would know some people prior to getting there.  And unfortunately I can be a bit shy in person so that’s tough sometimes.  Nevertheless I would definitely go back if given the opportunity.  If they do it the same week next year I probably won’t go because I’m really, really hoping to be at the D23 expo in 2017!  But at some point in the future I’d love to return to Blogger Bash.

If you’re a blogger, have you ever attended a blogging event? If you’re not, what new things coming out sound most exciting to you?