You are here: Home / Fashion and Clothes / How to make a Vanellope running costume 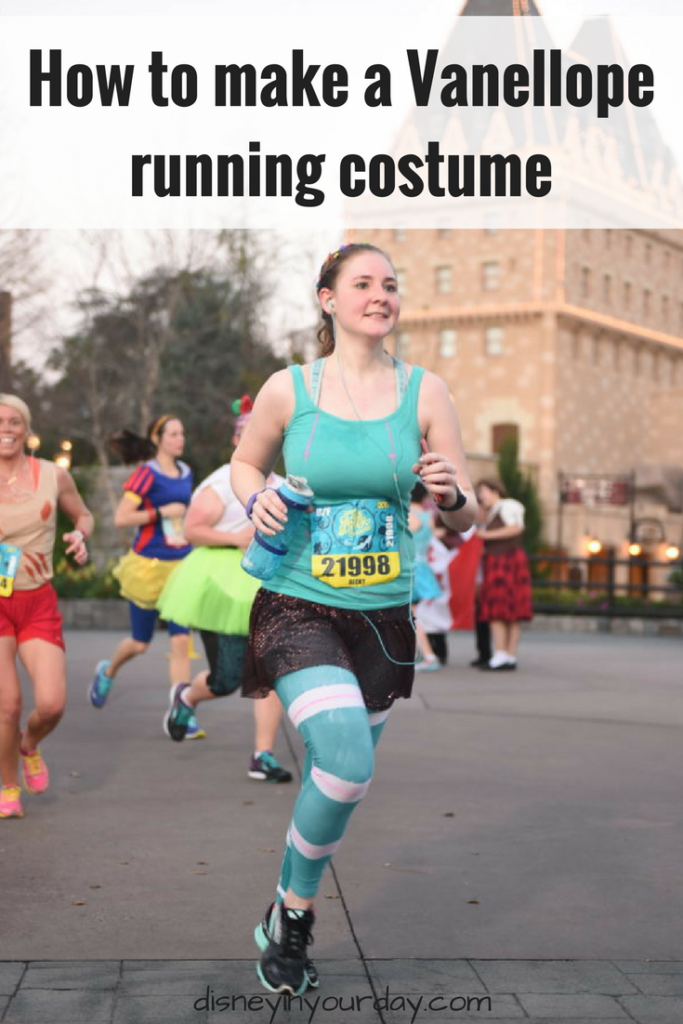 I love planning RunDisney costumes, and doing them for the Princess races are some of my favorites.  I’ve traditionally done a princess for every one of these races.  I followed along in that theme this year as well, though I chose to do some more “non-traditional” princesses rather than the typical ones.  For the Enchanted 10k I dressed as Vanellope Von Schweetz from Wreck-It Ralph.

This was an “easy” costume for me to put together because I’d already done a full costume for Halloween.  The full costume for October in Pennsylvania wasn’t exact for running, but I was able to use bits and pieces of it to make it better for a running costume in Florida! 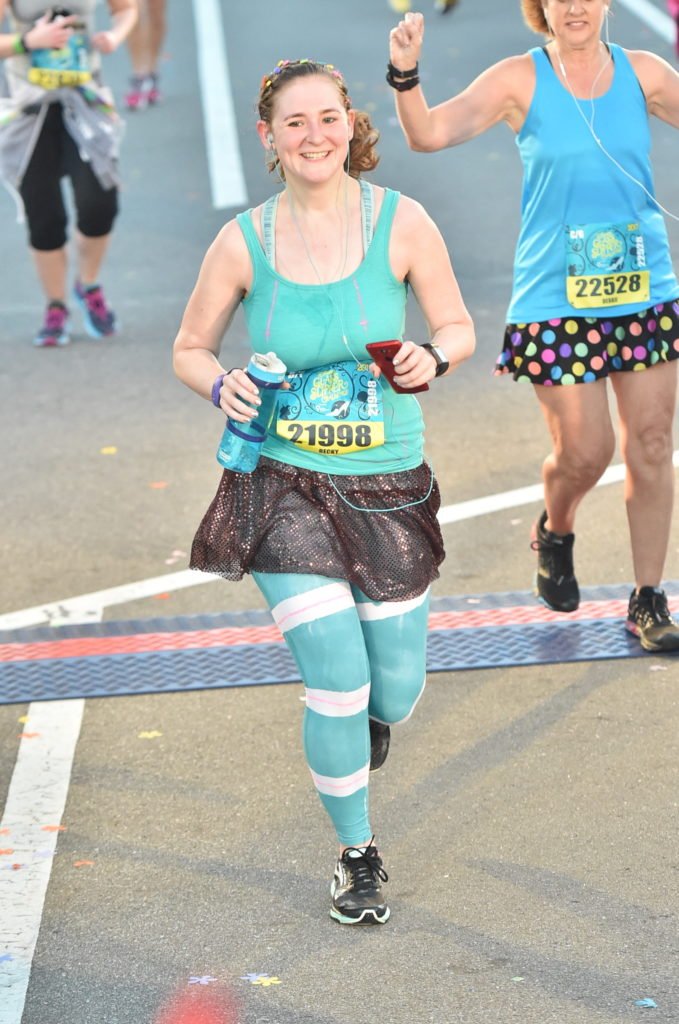 Instead of going with the hoodie that Vanellope normally wears (and what I had for my Halloween costume), I used a tank top in that same turquoise color.  It was a low of 60 degrees and high of 80 race weekend so I knew a tank would be better for me!  I bought a basic one from Target and then used a pink fabric pen to draw the details on.  I wasn’t sure how the color would show up on the darker fabric but it actually worked quite well!  Get a similar tank from Amazon here.

I used a plain pair of white leggings as the base for this outfit and then decorated them.  I put painter’s tape in stripes around the parts that I wanted to stay white.  Then I used a teal spray paint to make them mostly teal.  I probably could have done a better job with the tape because it was a little uneven, but it still turned out pretty well.  I then used the pink fabric marker from before to add the thin pink stripe details.  Get basic white leggings here. 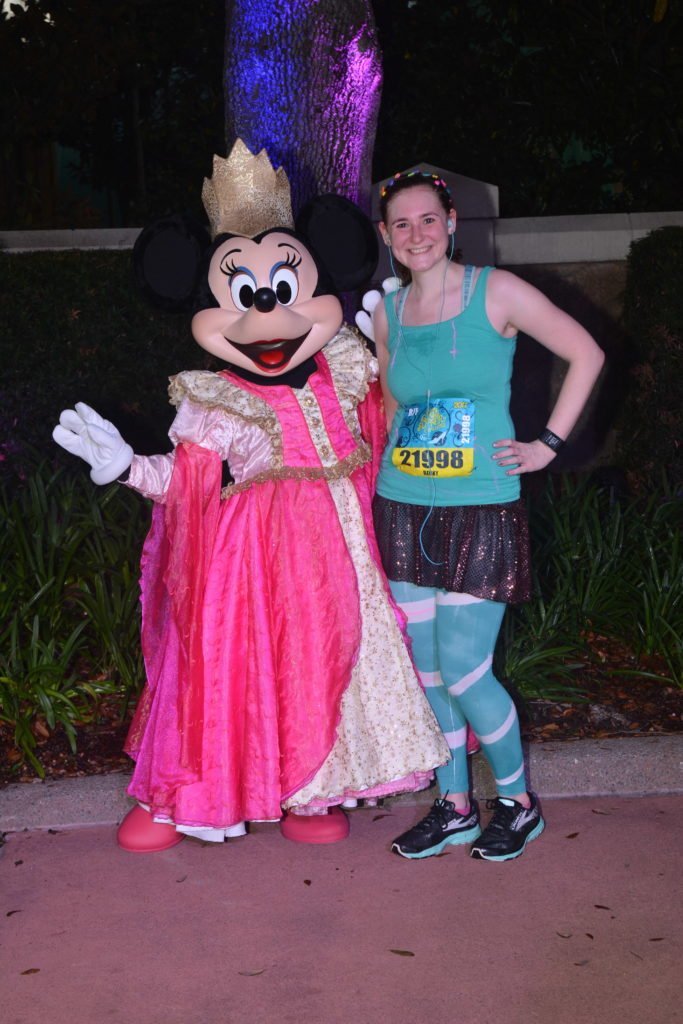 One of the coolest parts of Vanellope’s look is all the candy in her hair!  This took awhile to make and also to put into my hair, but I think the effect is worth it.  To make it I bought bakeable clay.  I cut out various shapes of candy using small cutters and designs and then baked until they were hard.  I used super glue to attach the clay candy to bobby pins and hair clips.

Those pieces are all the basics that you need for a Vanellope Von Schweetz running costume!  You can also try to coordinate a sports bra, compression socks, etc.

Are you a fan of Vanellope?  What do you think of my Vanellope running costume?