Evil Thing, by Serena Valentino, is a book that tells the origin story of Cruella DeVil – here’s my review! 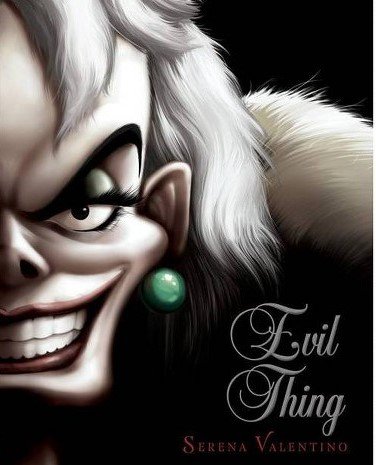 I’ve read all of the Villains series by Serena Valentino, and this one is probably my favorite so far. Evil Thing is the 7th book in the series and focuses on Cruella DeVil. Each of Valentino’s villains books shares the backstory of a different Disney villain. The tagline for the series is “Evil is made, not born.” So the books attempt to explain how each villain became so terrible.

Much of Evil Thing centers on Cruella when she was younger, from about the age of 10 up until her teenage years. We see how she was raised and the impact that her mother had on her. She seems to have conflicting internal personalities – her mother tends to bring out the worst in her, but her friendship with Anita brings out the better side of her. After Cruella suffers several tragedies and finds no one left in her life other than her toxic mother, we see exactly how she descends into madness and becomes the villain that she is.

Pretty much all of Cruella’s evilness is a result of her mother, and it’s heartbreaking to read about it – especially when she is a young child. She desperately wants her mother’s approval, which often means acting like her – spoiled, rude, cocky. While the book can feel a little drawn out at times, that serves to make her transition to villain feel more realistic. It is over a period of many years, much emotional abuse from her mother, and a few tragedies that finally cause her to snap. 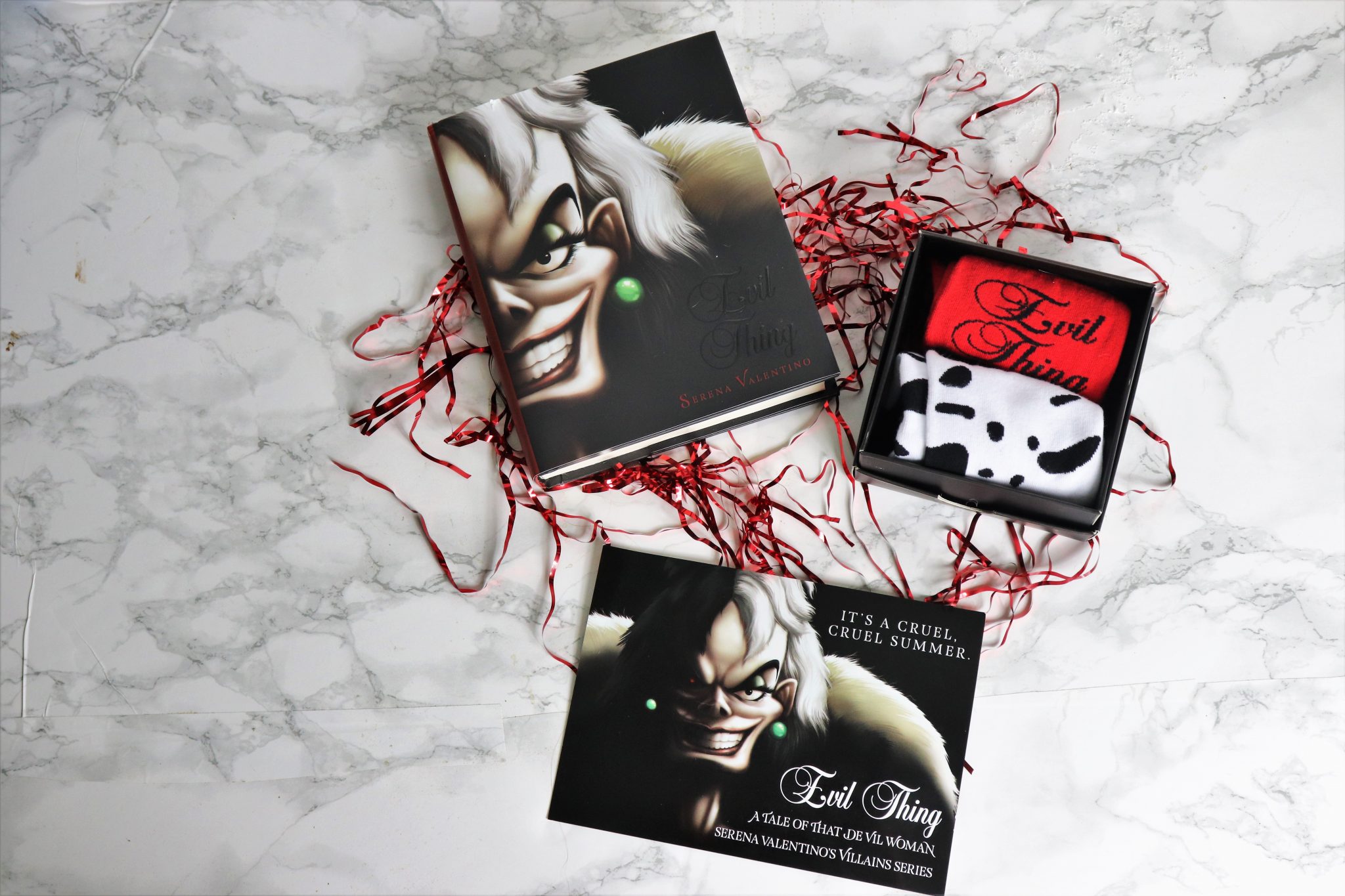 I never expected to have sympathy for Cruella. But in Evil Thing this isn’t someone power hungry, like so many villains. This is someone who is desperate for love and approval, suffers greatly in her upbringing without even realizing the abuse her mother is giving her, and endures some really terrible life experiences.

The fact that it is told in the first person from Cruella’s point of view makes it a very interesting read as well. She tries to justify her actions in her head, almost to the point when you don’t realize how truly crazy she’s gotten until her mother has a horrified reaction to her appearance and the things that she’s saying. Of course, someone who wants to murder puppies can really have no redemption… but this is probably the closest anyone could get to make me feel something for this villain.

The main reason I thought this one was the best of the series, quite honestly, is no mention at all of the Odd Sisters. If you haven’t read the other books, they are new characters that are inserted into the stories of the other villains who kind of affect the way their stories go. Their presence in the books of the other villains has felt forced and distracting. Evil Thing is just about Cruella’s story, which I appreciated.

There were a few issues I had with the book. The first is with Cruella’s earrings. They were given to her as a gift by her father, but she would talk about how sometimes when she wore them she felt like they were “cursed” or they made her feel a certain way. But it was never expanded on much and we didn’t learn if they were actually cursed or it was just some weird thing in her mind. I’m not sure if we were supposed to believe the earrings had some sort of dark magic – in which case it feels like a bit of a cop out in justifying her evilness. Kind of a “well the cursed earrings made her do it, that’s why she did bad things.”

The other issue I have occurs with many retellings of Disney movies, and that’s the fact that scenes from the movie are described almost word for word and often feel shoehorned in. For this book the plot with the puppies definitely seemed like it came out of left field a bit. At least Cruella’s love for fur coats is established early on.

Overall I enjoyed reading this book and I really hope future Villains stories will follow suit and just stick to the villain it’s about! I don’t know what other stories she might be working on but I’d love to see her take on Jafar, Captain Hook, or Dr. Facilier.

Book Review: Mother Knows Best
How to Host a Disney Book Club
Book Review: The Beast Within
Thoughts on 101 Dalmatians

Have you read any of Serena Valentino’s books? Do you think Evil Thing sounds like something you’d enjoy?