You are here: Home / Disneyland / Entertainment at Disneyland 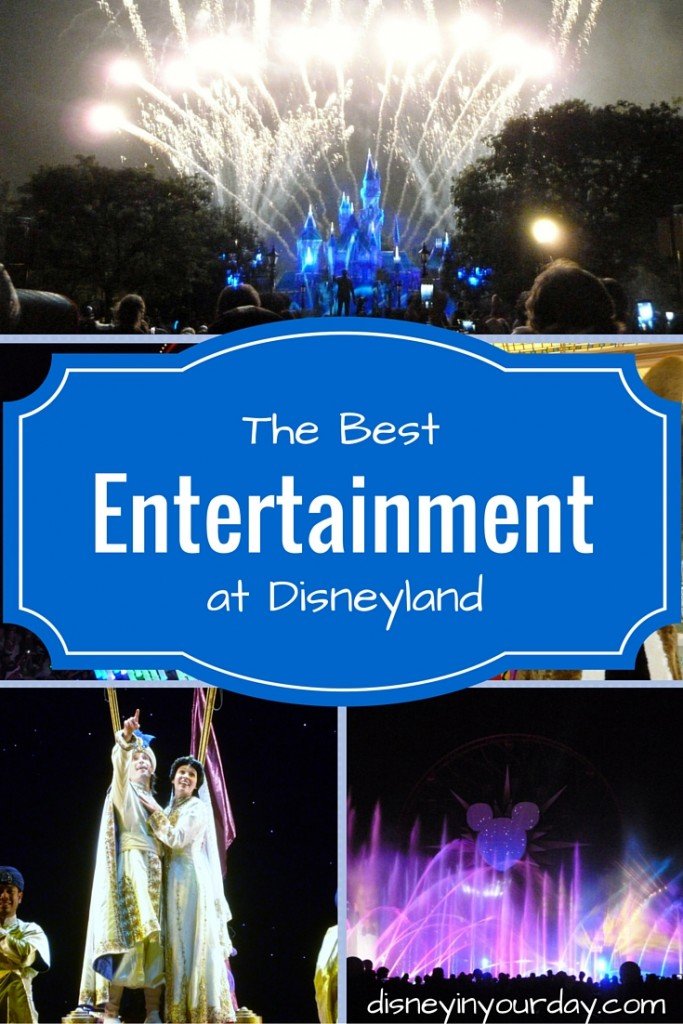 I love thrill rides.  But one of the things that makes Disney theme parks unique is the fact that they aren’t just about those rides.  Even if you don’t like riding roller coasters, you’ll still find plenty to do in Disneyland.  The entertainment at Disneyland options are extremely  impressive – honestly, some of the shows we saw when we were there in September blew me away.  I wanted to talk about some of the amazing highlights from our trip. 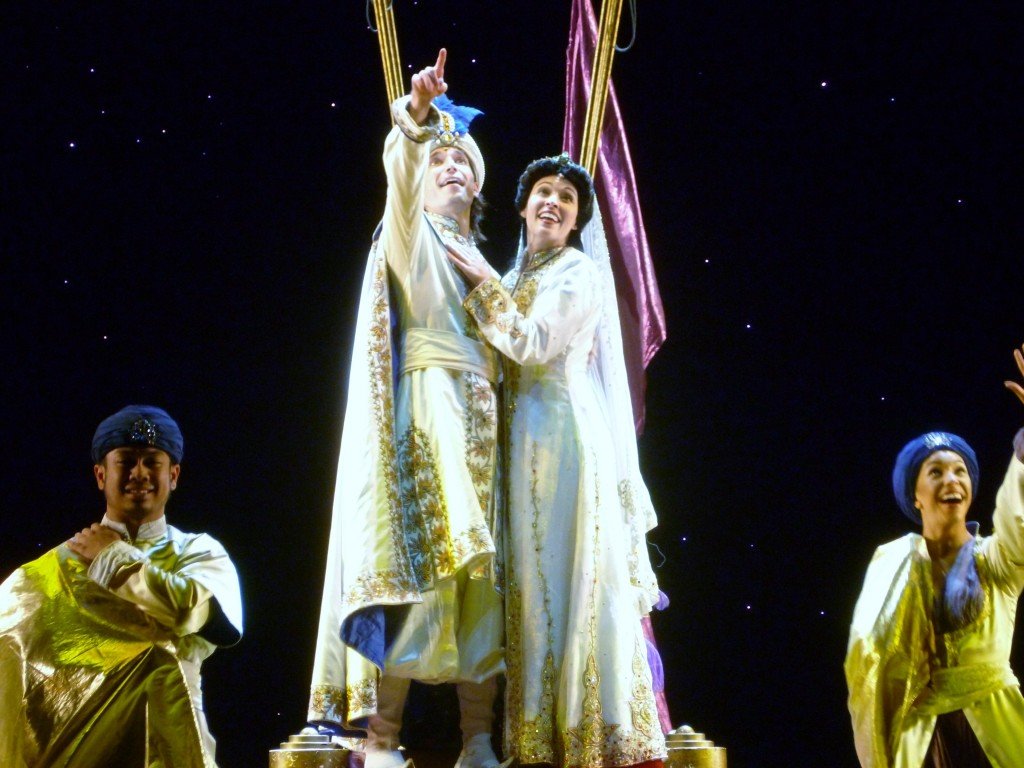 Sadly, this show is closing this month. It’s set to be replaced by a Frozen musical, which I only hope will be just as good.  I’ve heard that Disneyland gets better talent than many other theme parks because of its location so close to Hollywood, and at least from the performance we saw this seems to be true.  The music and singing was all fantastic, and the dancing was great.  But the genie in particular blew us away.  He was a great singer, hilarious, and was obviously doing a lot of improv.  The fact that this caliber of show is included in your admission is just fantastic. 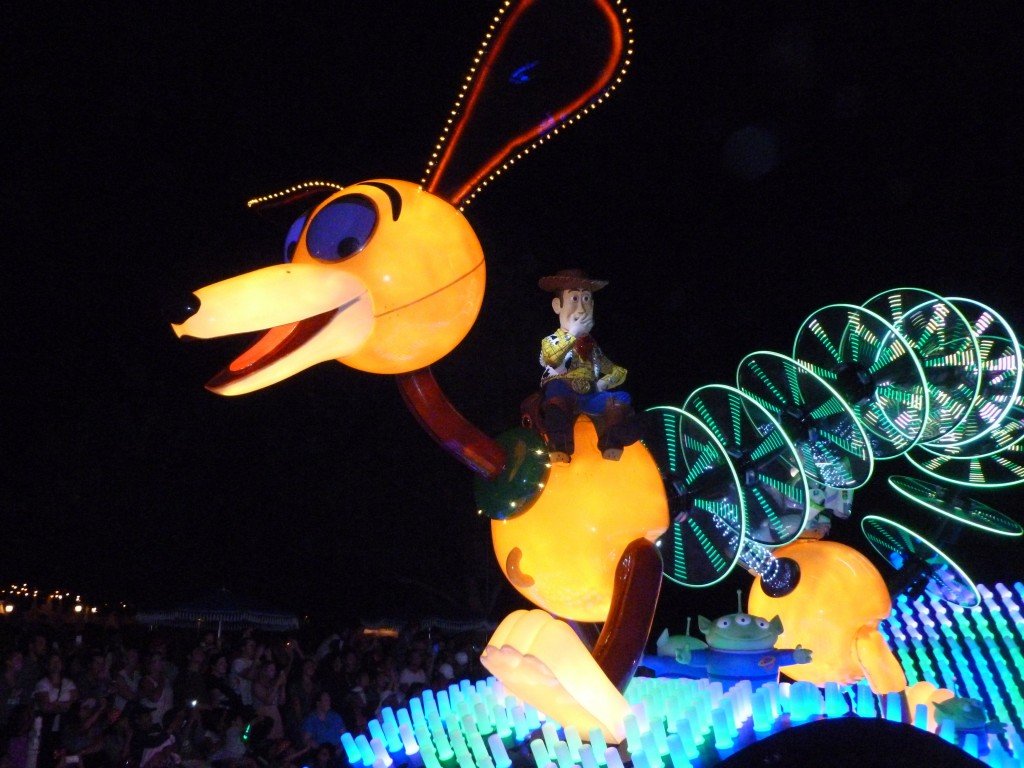 I enjoy parades, but I don’t usually love them.  Paint the Night had to be the best Disney parade I’ve seen.  I think the nighttime parades are really cool with all of the lights, but this one just took it to the next level.  Some of the technology involved was so impressive, and it even got my (sometimes hard to impress) husband interested in it.  Plus we loved all of the characters in this parade. 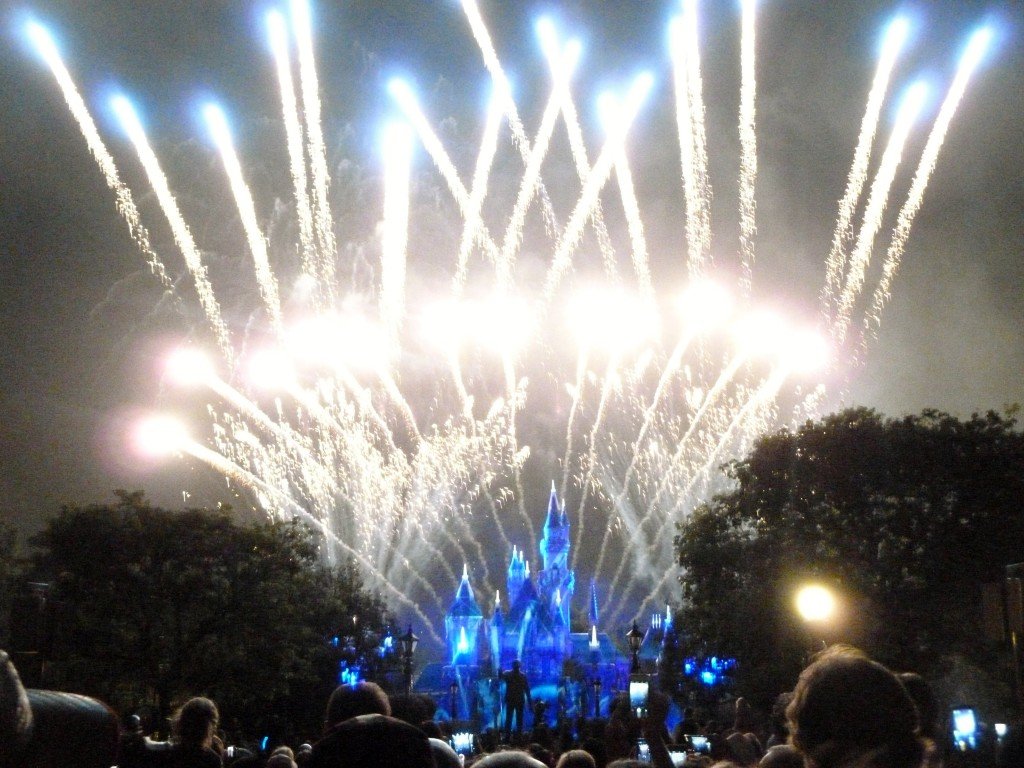 It would be hard for anything to beat Wishes in my book.  But these special anniversary fireworks at Disneyland were pretty darn close.  The fireworks themselves were amazing in a way that only Disney fireworks can be.  But the emotional aspect of this show really hit me.  It started with a voice over, talking about how the very place where we were standing was once just orange groves, but one man had a vision for it to be something so much more.  And yeah, I might have started crying then. 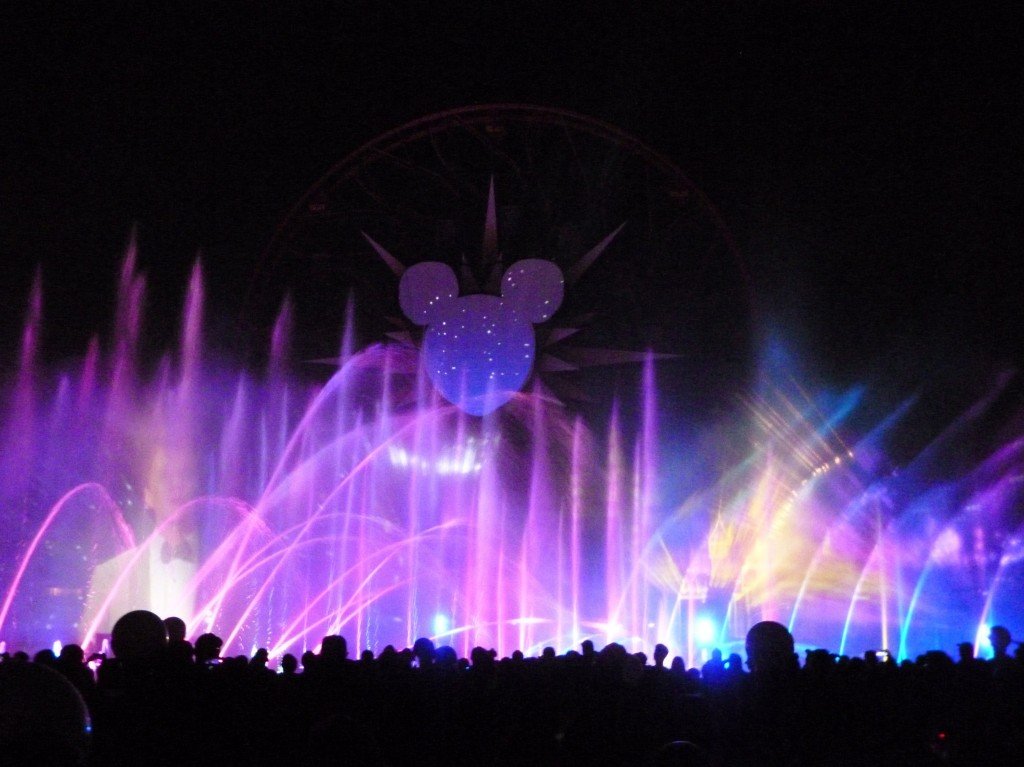 I like the fact that this is something unique and different – not a fireworks show, but a sort of neat water fountain/projection show.  I wasn’t totally blown away by it though.  Maybe because you have to stand around so long for it to start, and I was chilly that night.  I’ve heard some people say that the version before the 60th was actually better.  It’s still a great show, but perhaps not one of the absolute standouts for me. 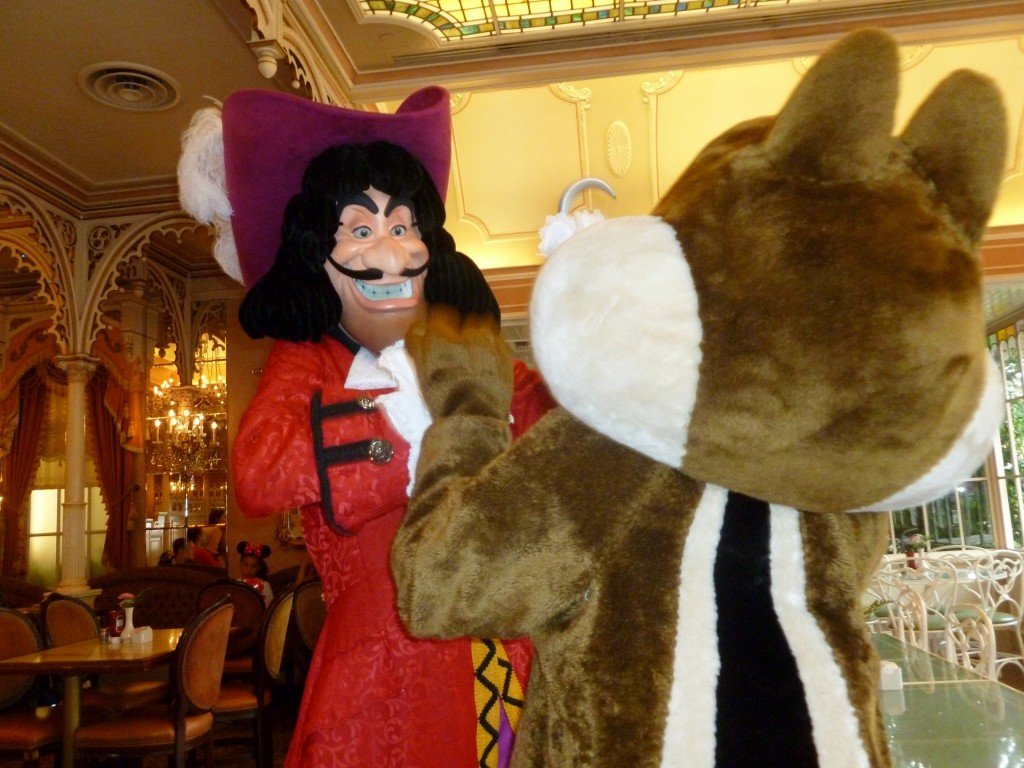 Meeting Disney characters is a big part of the trip for many.  And it was just a different experience than in Disney World!  The actors seemed to be more into their characters, and there were just more of them around with shorter lines.  We had a fantastic time at the Plaza breakfast, where we got a ton of character interaction.  We even watched Chip (from Chip and Dale) and Captain Hook have a duel!  And then one morning we just found the Evil Queen wandering around and grabbed a picture with her.  Great character experiences.

Sadly, we didn’t get the chance to see Fantasmic since it was only playing on select nights.  Just means more things we’ll have to look forward to when we go back someday!

Have you been to Disneyland?  What’s your favorite entertainment at Disneyland?