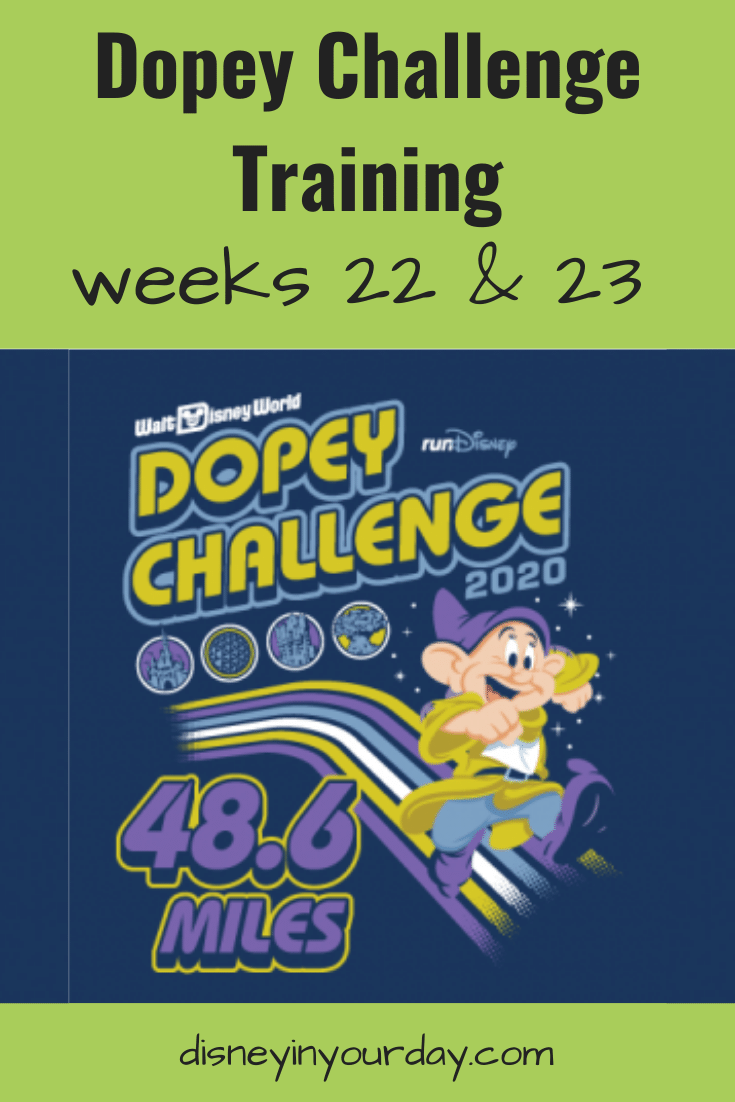 This was a big week in that I was basically trying to simulate what Dopey weekend would look like – running 4 days in a row with increasing distances. I didn’t quite go all of the distances on Galloway’s schedule. After talking to a lot of runners I came to the conclusion that you don’t need to run a full 26 miles before you do a marathon. Many runners only train up to 20, but I feel more comfortable if I hit 22 or 23 (which I’ll be doing in a few weeks). So I’ve adjusted the plan slightly for myself, but this is the way it’s written.

For 4 days in a row I did 3 miles, 4 miles, 10 miles, and then 20 miles. Tuesday with my three miles I felt really great. Even doing the big old hill in town I was speedy! I think knowing I only had to do 3 miles for once helped a lot. It’s been a long time since I’ve done a distance shorter than 4! Wednesday morning’s 4 miles wasn’t quite as easy but I ran with a new friend from the running group so that helped make it feel like the miles went a little faster.

On Thursday I ran my hometown’s 5k race, the Turkey Trot. I finished under 30 minutes which was good but probably also bad because I pushed myself to do it and then had to do another 7 miles. Actually the biggest issue was that my back hurt by the end of my ten miles. So I was not excited for 20 the next day!

Since I was home for Thanksgiving my dad planned me out a 20 mile course to run through town with directions the whole way. It was actually a nice distraction to have to keep checking my map/directions and there were lots of side streets so it certainly wasn’t boring! Plus I grew up near the water so some of the running was down by the beach which was very pretty despite the cold. The only mishap was when about halfway through the street was completely flooded! I thought I could run through but my feet got soaked, so I had my dad bring me new socks so I wouldn’t blister too badly. Otherwise the run wasn’t as bad as I thought it might be.

After my 4 runs last week we actually went off to Disney World for a week! So I decided to give myself a break and not do the two shorter runs during the week. I figured I had just done a lot of running and I would be walking a ton while in Disney, so I would be okay skipping them. 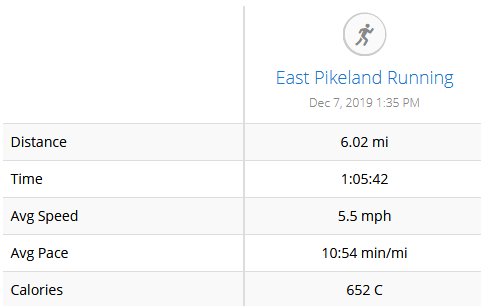 We returned on Friday and I ran my 6 miles on Saturday.  It was not the best getting back into it – not because I hadn’t been running (I definitely felt the walking still building my muscles!) but because of all the food and drink we had on vacation! On top of that it was cold and I didn’t like being back in freezing temperatures. And my anxiety has been acting up again for some reason since I’ve been home from Florida. So all in all just not the best conditions for a solid run, but I pushed through it anyway.

And now we are just a month away from the Dopey Challenge! I am keeping every finger and toe crossed that my anxiety doesn’t interfere this time.