You are here: Home / At Home / Dopey challenge training – week 4 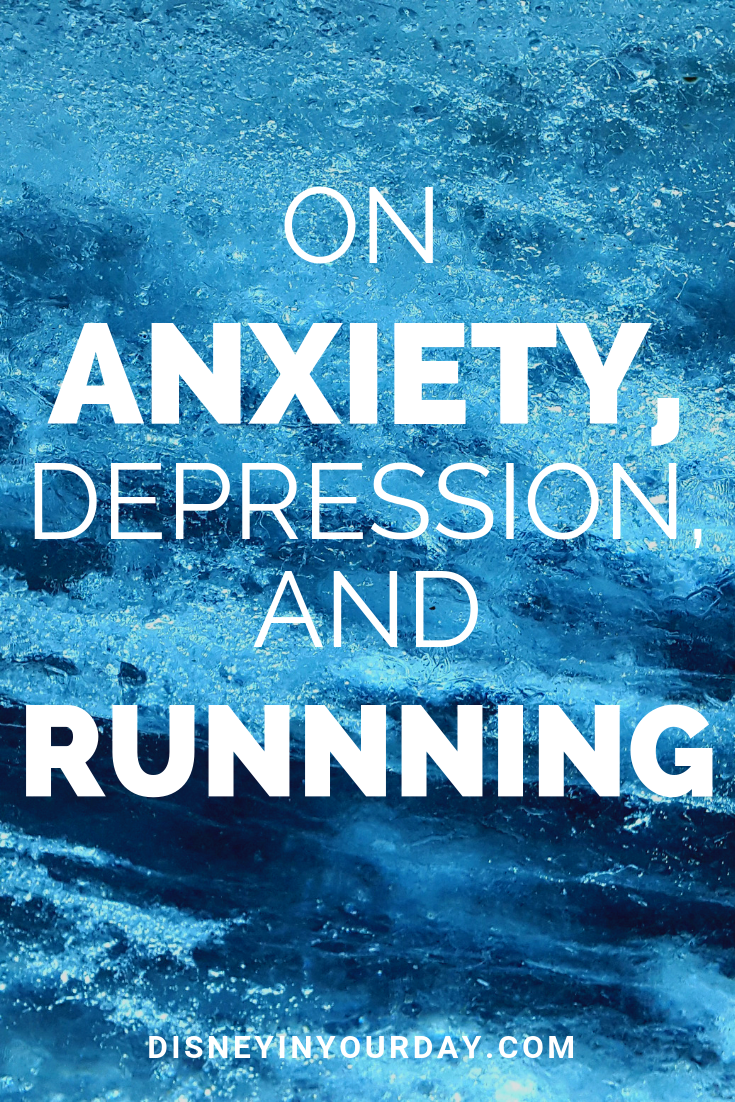 So I didn’t do any actual training this week. If you read my update last week you know that I sprained my toe and I’m on rest “until it stops hurting.” I’m really hoping that’s only for another week or two, but in the meantime I definitely can’t run. I thought about seeing if I could modify yoga at my class but there is so much downward dog and stuff working off of my toes that I don’t think it would be worth it. This is what I was supposed to run this past week:

I still wanted to post this update to keep myself accountable, and I thought that I would maybe write a bit about what my plans are for my costumes and all of that. And while I’m sure I will share that stuff eventually, something else came up in the meantime that I feel like I want to talk about: and that’s mental health.

For basically my whole life I have struggled with anxiety and depression.  For the most part it’s pretty manageable and hasn’t been bad lately – the worst it ever was happened right before the last time I ran the Disney marathon.  There are a number of different ways I’ve found to cope with it. Things that seem to help include taking a bath, being on medication, and exercising.

So hey, that’s where running comes in. When I started running regularly it became a good outlet for my anxiety. Sometimes my heart is racing and I have all of this terrible negative energy, and I can go out for a run and it helps a little. 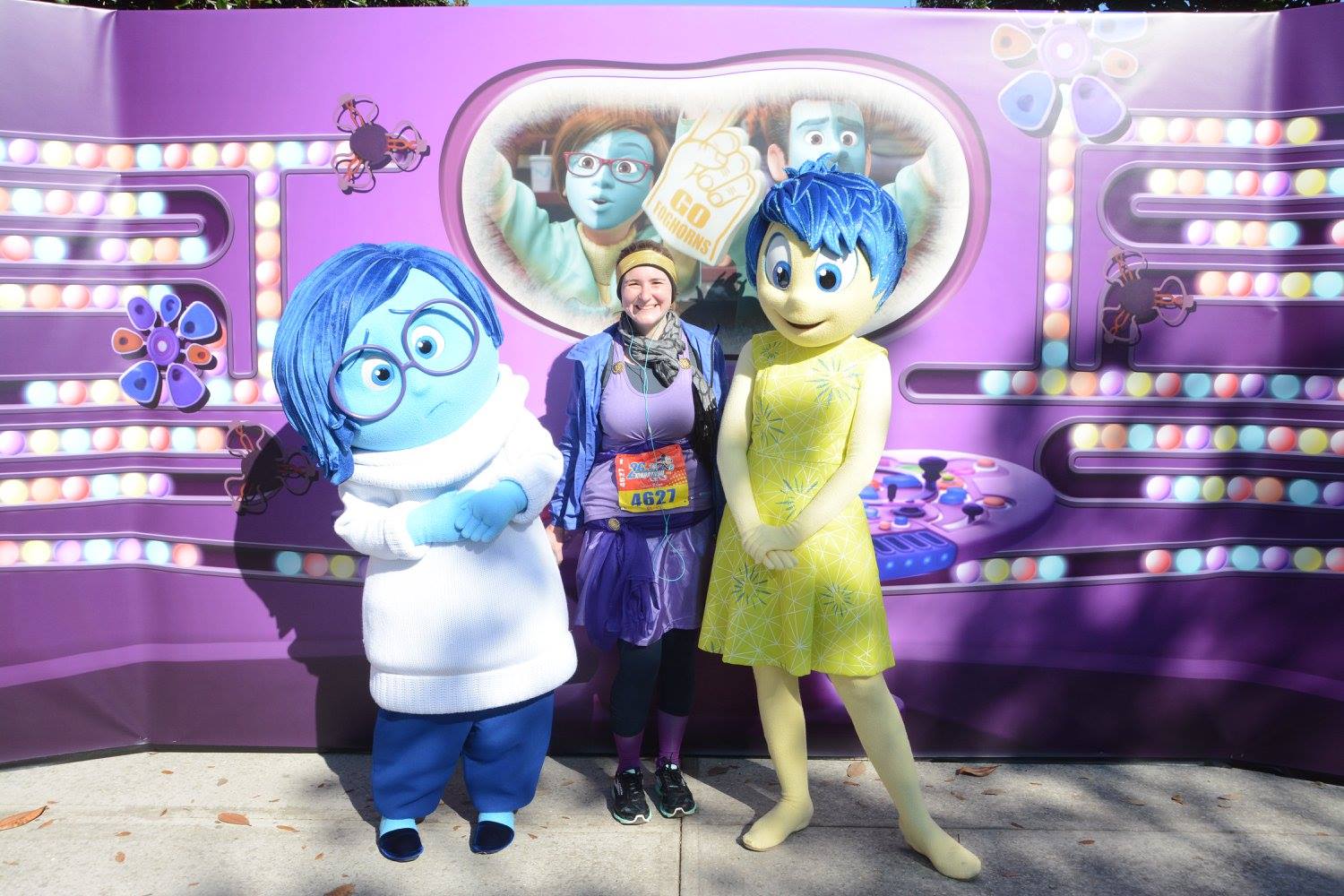 Even though I’ve been through injuries and issues, I’m fortunate that it was never something that stopped me from running. Even with all the hip problems I’ve had, doctors and my physical therapist said I could continue to run. A sprained toe is so minor in the grand scheme of things, but it’s the first time I’ve really been forced to rest when I wanted to run.

At first I thought I would take advantage of it – “well, if I’m not spending a few extra hours a week running I can get other things done, like write more blog posts or clean my house.” Somehow that didn’t happen. Less than I week into my break and I just started feeling depressed. I think part of it is fear and anxiety of falling off of my Dopey training schedule. Even though I know it’s early on and I should be able to jump back in without too many problems. Fear and what-ifs tend to eat at me. What if this doesn’t get better soon? What if it causes more problems? What if something more serious happens which affects my ability to run?

And I realize that running and exercise are probably tied to my well being and escaping my depression just in general. By running and doing yoga lately I think my depression and anxiety isn’t as bad on a regular basis. Now that I don’t have it, plus the fears of not being able to run, it’s eating away at me.

And when depression gets bad it eats away at me. I feel like a failure as an adult because I can’t keep my house clean and I can’t keep things organized. Work has been so busy and I’ve had so much to do this year that I’m pretty overwhelmed, but people look to me to take care of everything so I can’t show it. I pick fights with friends and family. I make bad food choices and I hate the way I look. I end up feeling like I’m not successful at anything. I’m constantly trying to keep up with things I’ve committed to and I’m terrified I’ll fall behind.

I’ve probably spent more time sleeping this past week and a half than I have in a long time. I feel no motivation to do anything. There have been a few nights where I’ve just cried myself to sleep, or I’ve struggled to be able to breathe normally, for no real reason whatsoever. I hate it and I thought I was mostly past it. 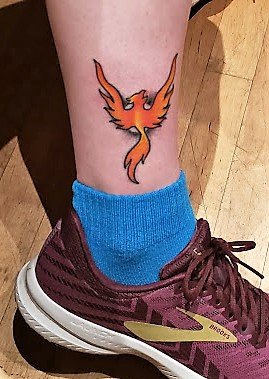 I don’t have some grand, concluding statement. This is just how I feel. And I know it will get better and things will be good again, because I’ve been through this before. But getting through it is so difficult sometimes. But this is why I got the tattoo that I did – to remind myself that I can overcome what life throws at me. I know I’ll probably be running a week or two and all will be fine… I just have to get myself to that point. One day at a time.

Have you struggled with depression or anxiety? How has exercise helped you?