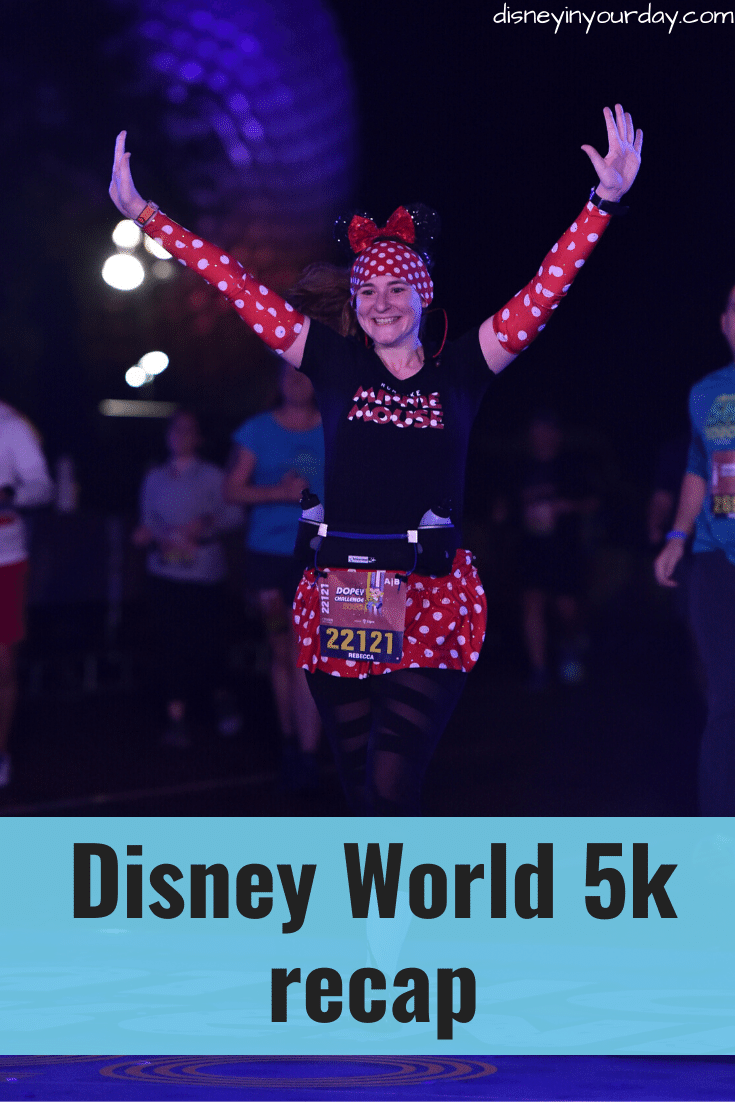 This was actually my first time running a Disney 5k! I’d only ever done 10k’s and half marathons, plus the one full marathon. It was definitely a different sort of experience, I don’t really feel the need to do a Disney 5k ever again. But for the Dopey Challenge it was the start of a wonderful weekend!

I dressed up as Minnie Mouse, and my good friend Danielle messaged me and said she was also Minnie – and did I want to meet up before the corrals? I was thrilled to see her as it has been too long! She looked great and it was nice to catch up for a bit. 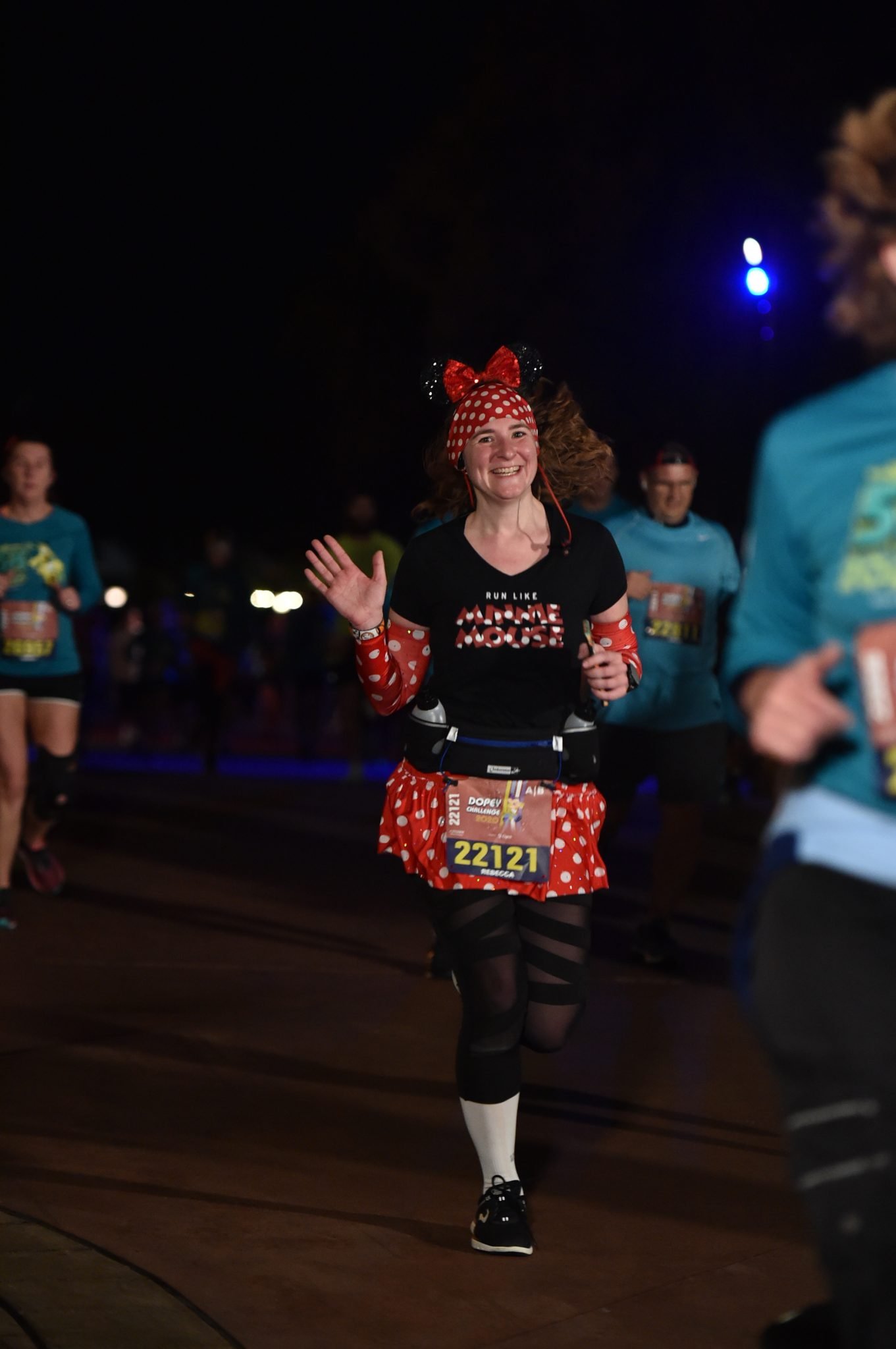 Then I headed off to my corral, which was A for the 5k. I started in the third wave so very soon after it started. The 5k is not officially timed. I do my intervals and was definitely planning to run a bit of it as well as walk. Here is what was a bit frustrating. There were people even in corral A that started off walking, right in front of me. Often groups of 3 people walking together in a line. If you want to walk that’s fine, but why did you push yourself all the way to the front of the corral to do it? It was very difficult and frustrating to pass that many walkers. And not a power walk either, but just like they were going for a stroll. I did get to see Jason cheering with the spectators though. 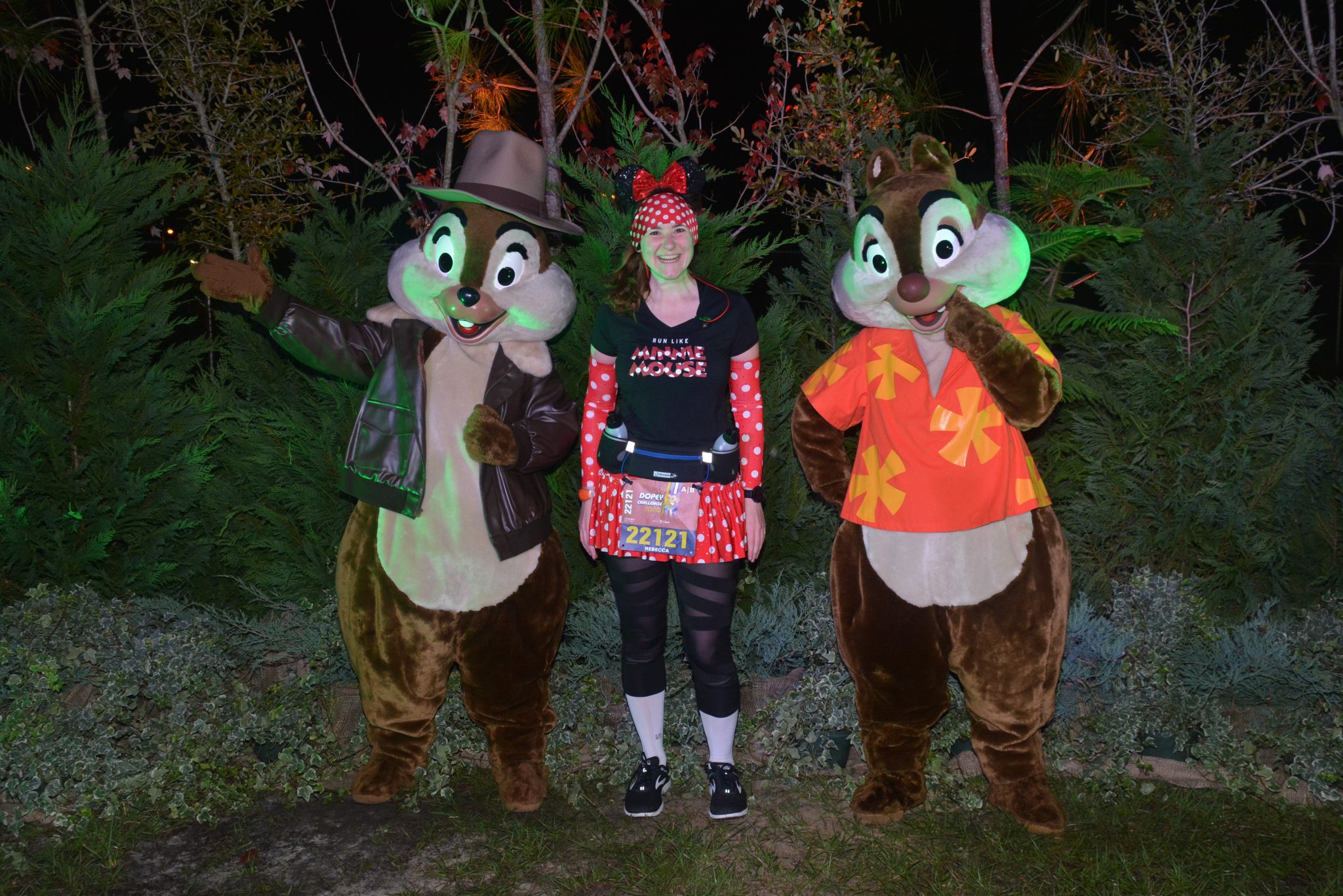 I wasn’t going to let it get to me. I stopped at the first character stop I saw, which was The Rescue Rangers! While I’d met Chip and Dale before I had never seen them in their Rescue Rangers outfit. With it being an untimed race there’s much less pressure. I then continued on into Epcot.

Through World Showcase I passed Ghepetto and the Beast but didn’t stop for either of them. Then as we rounded around and through Mexico I saw Jose Carioca – that was a rare one so I decided to stop. Unfortunately not too long after I jumped in line they took him away for a break, and we waited probably close to 5 minutes for Jose to come back. I was committed though and got my picture! 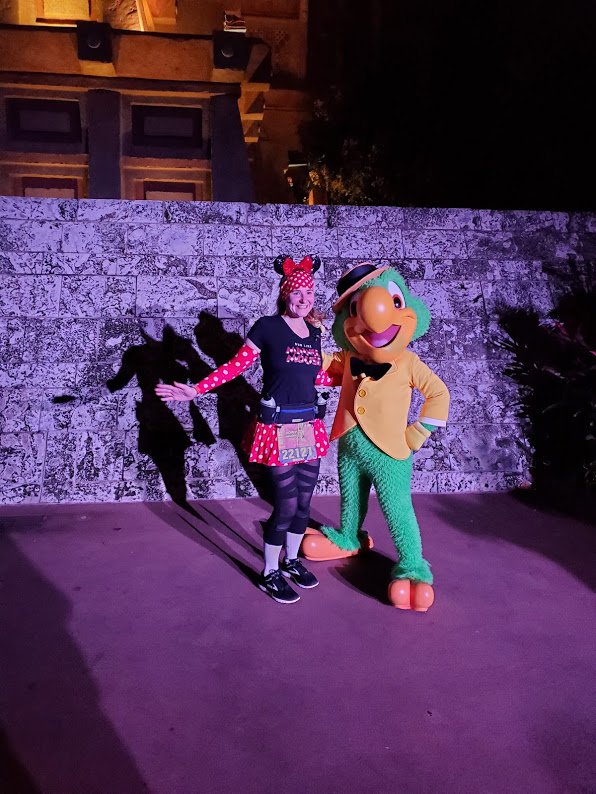 Then it was on to the finish line. While not officially timed, I finished in about 40 minutes. 10 of those minutes were spent at character stops, because I also recorded using Strava and it doesn’t count time stopped – so it had me at about 30 minutes. 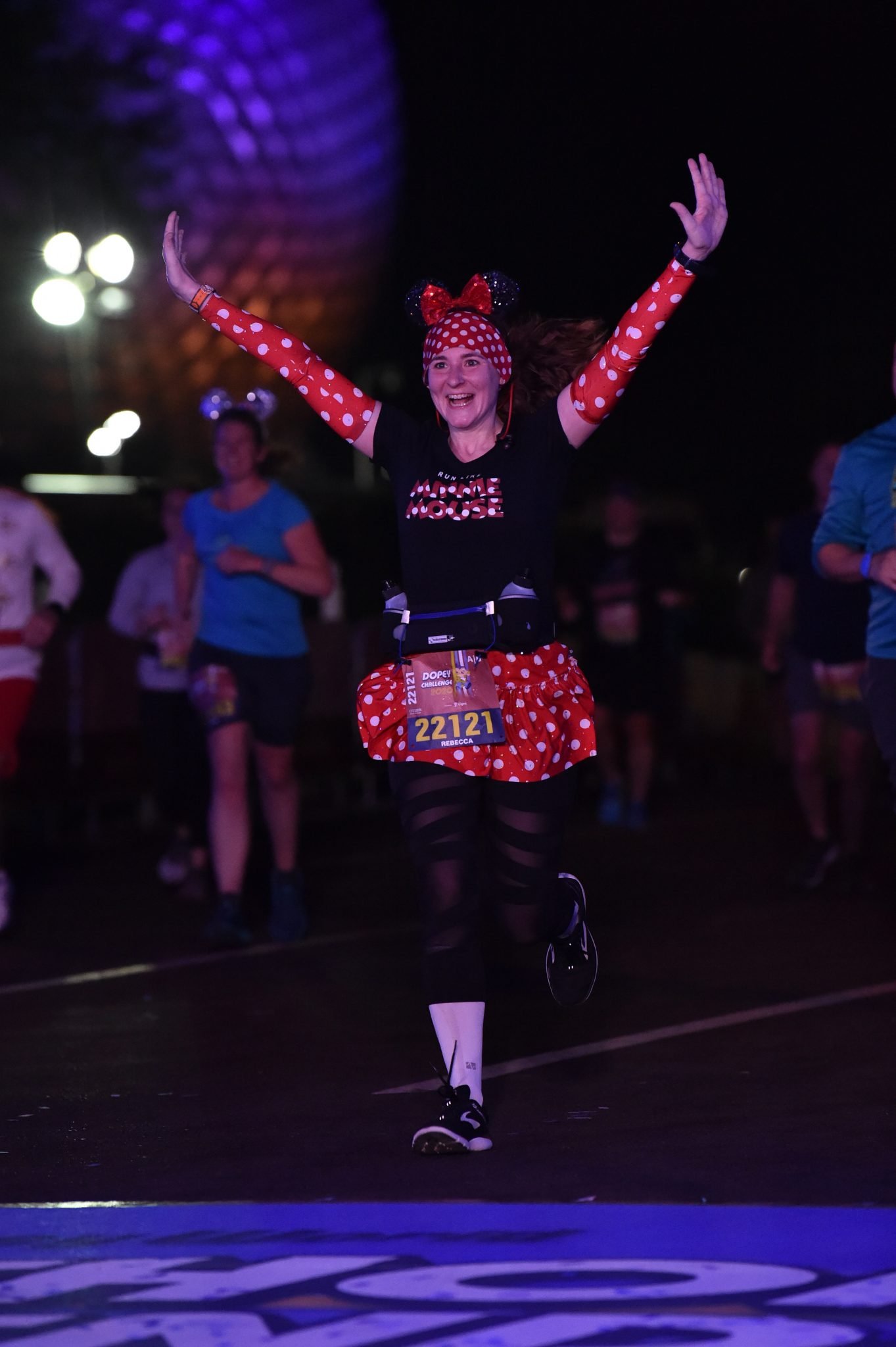 I got my medal and realized I couldn’t go anywhere because the race course went through the bus area and runners were still passing through there. In fact, there were people who were still starting the race even after I’d finished. Jason and I had planned to get a bus to the Boardwalk and then walk to Hollywood Studios to try and get a Rise of the Resistance boarding group by 7am. These plans crumbled without the buses. We then tried to call an Uber but they kept making wrong turns and it was going to take 20+ minutes so we cancelled it and went back to the buses. We decided to just call off Rise of the Resistance and head back to Old Key West. By the time we returned to the buses it was around 6:50 and then were running.

As I said, I don’t really see the need to run the 5k again for a few reasons. You still have to get up ridiculously early (we were up at 3am) and it’s such a short distance it doesn’t seem worth it. There are so many walkers even in the A corral that it’s difficult to run. And with only 4 character stops the lines for all of them were long. Many people stop at all of them, which feels less like running a 5k and more like you’re waiting in line for characters and doing a little running in between. Which definitely works for some people but it’s not really my preferred approach, so I’ll just say it’s not really for me. Then with the new course this year and the bus situation it just made a 5k feel like a REALLY long morning.

Have you done a Disney World 5k?