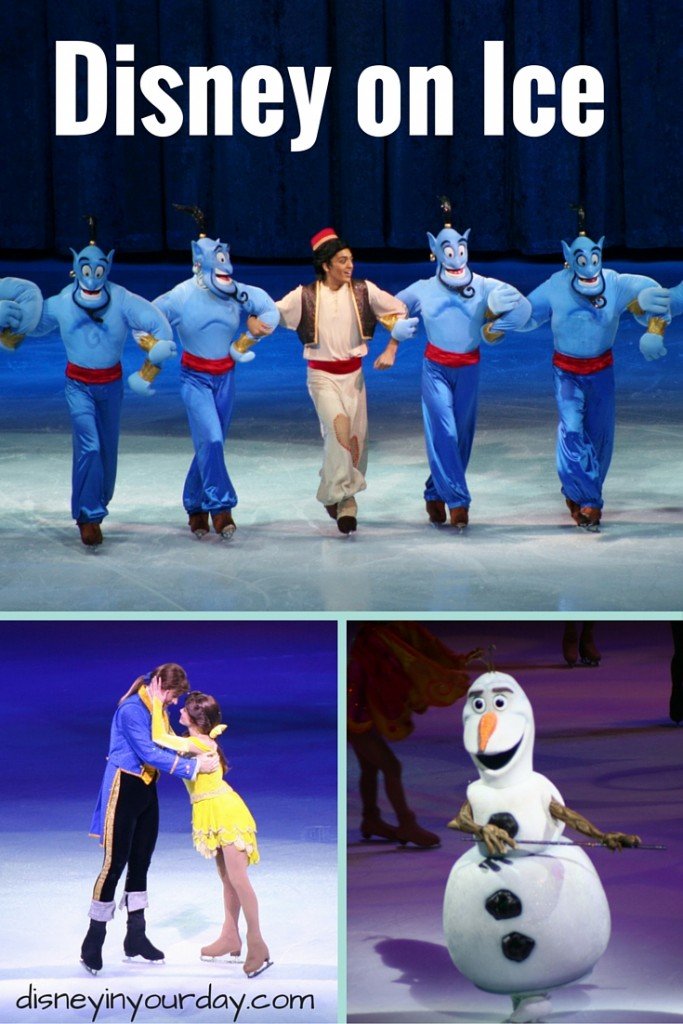 Going to Disney on Ice has become a bit of a tradition for my husband and me – it’s always playing at the Wells Fargo Center in Philadelphia the week after Christmas.  4 years ago I found a super cheap Living Social deal to go and we’ve been doing it ever since!  This year’s showing was Disney on Ice: 100 Years of Magic.

There’s not much of a focus for this show: basically a bunch of your favorite Disney movies and characters thrown together.  The website says it features over 30 different movies.  However, my husband referred to it as “a salute to all Disney movies, but mostly Frozen.”  The show comes in at just under 2 hours including intermission, and a solid half hour of that time was Frozen.

I actually still really enjoy Frozen.  But the thing is that we saw Frozen on Ice last year.  And this was basically that show in a more condensed version.  If I’m paying the money to see this, I don’t want it to be a rip-off of something I’ve already seen, you know?  But that aside, it was an enjoyable experience.

It’s obviously directed much more toward kids than adults.  We don’t have kids but I’m such a kid at heart that we go anyway.  I know some people think that’s weird, but I don’t really care.  It was pretty crowded the night we were there.  And while there was almost no one else without kids there, I will admit I didn’t mind not having to pay $15 for a snowcone and being able to hustle to the parking lot without kids in tow to escape before it got crowded! 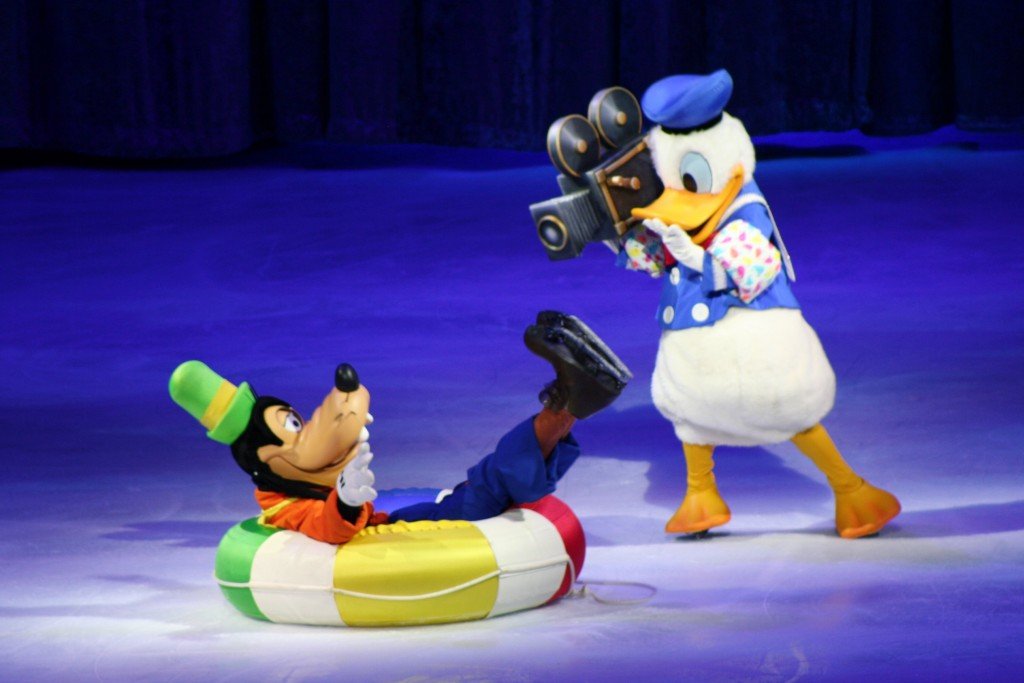 It starts off with kind of a lame pre-show about how important it is to get exercise and eat healthy.  Then we meet Mickey, Minnie, and the gang.  There is a very weak plot line to tie all of the scenes together – something about how Donald and Goofy want to make a movie but they don’t know what it will be about, so Mickey introduces them to some famous stories for inspiration. 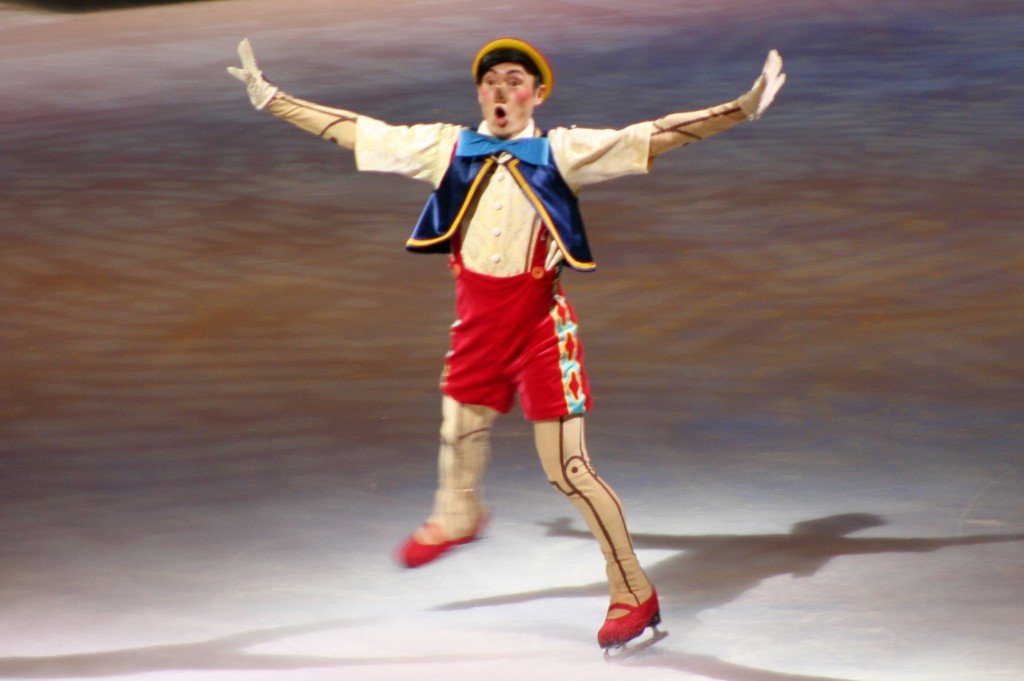 The first one we see is Pinocchio.  They did “Wish Upon a Star” and “I’ve got No Strings.”  I liked seeing some of the earlier Disney movies getting some love, and the blue fairy came out for a short solo dance that was truly beautiful. 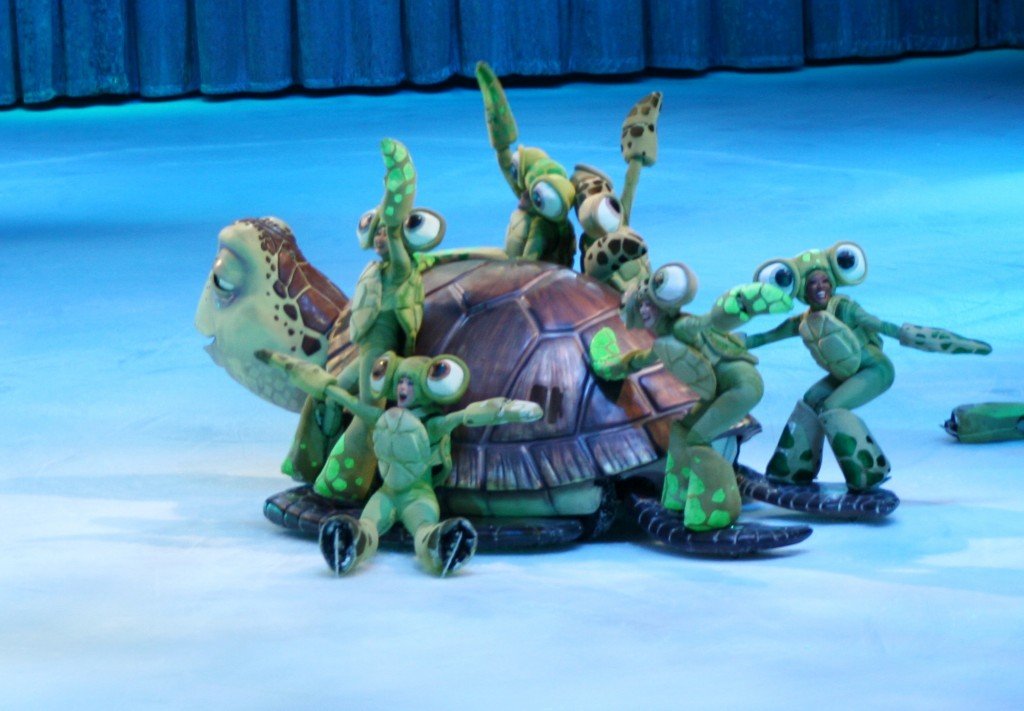 Then it was on to Finding Nemo, which to me was a bit of a surprising one to include, but it was fun.  It was mostly Crush and the turtles doing a song which is not from the movie – not sure where it came from or if it was written specifically for this show. 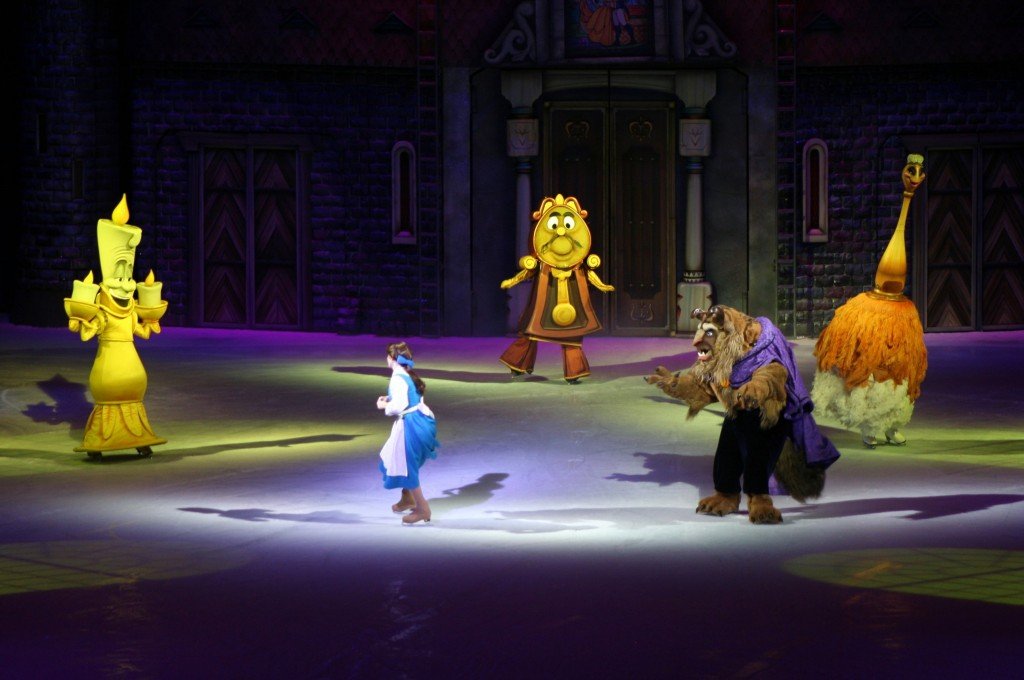 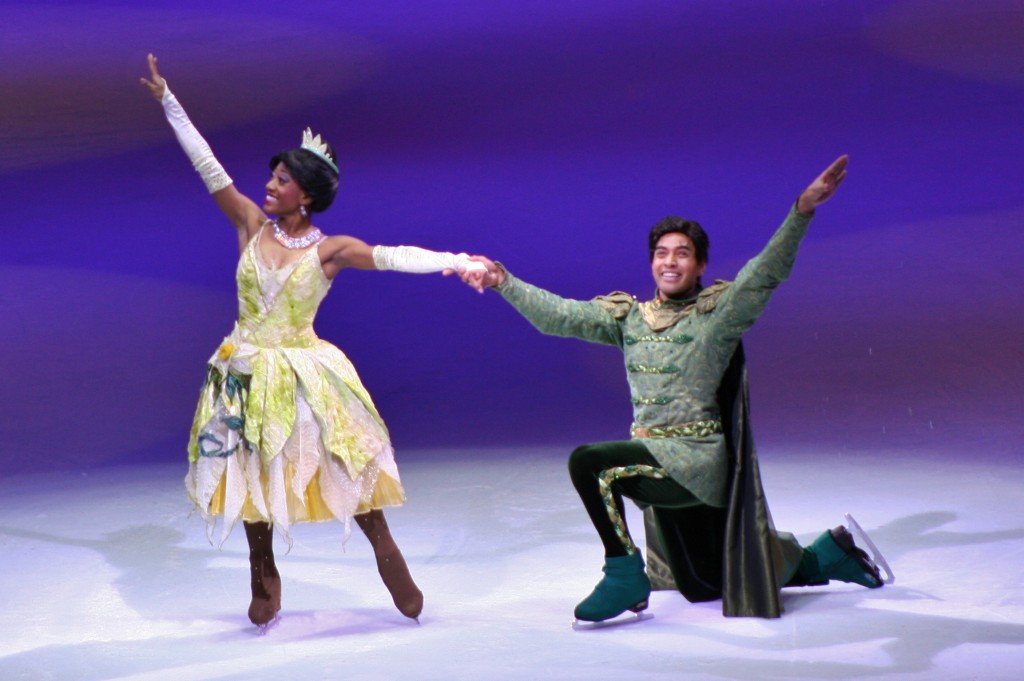 At the end of the Beauty and the Beast segment all of the other Disney princesses decided to come out and join the fun – because Disney’s gotta throw those Princesses in there!  The majority of princess/prince couples did a little partner skating together (though strangely Aurora and Philip were missing). 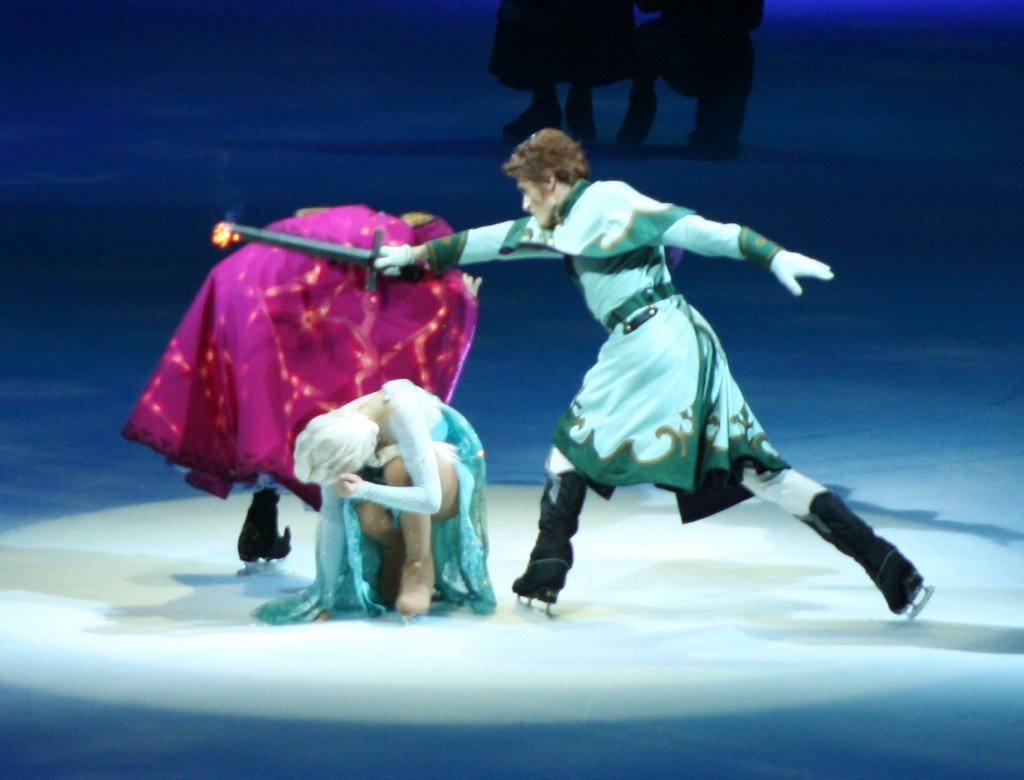 And then it was on to Frozen.  I wish they had done something a little different than what I had already seen last year, and I wish that it wasn’t such a huge part of the show.  That being said it was good and clearly the kids loved it. 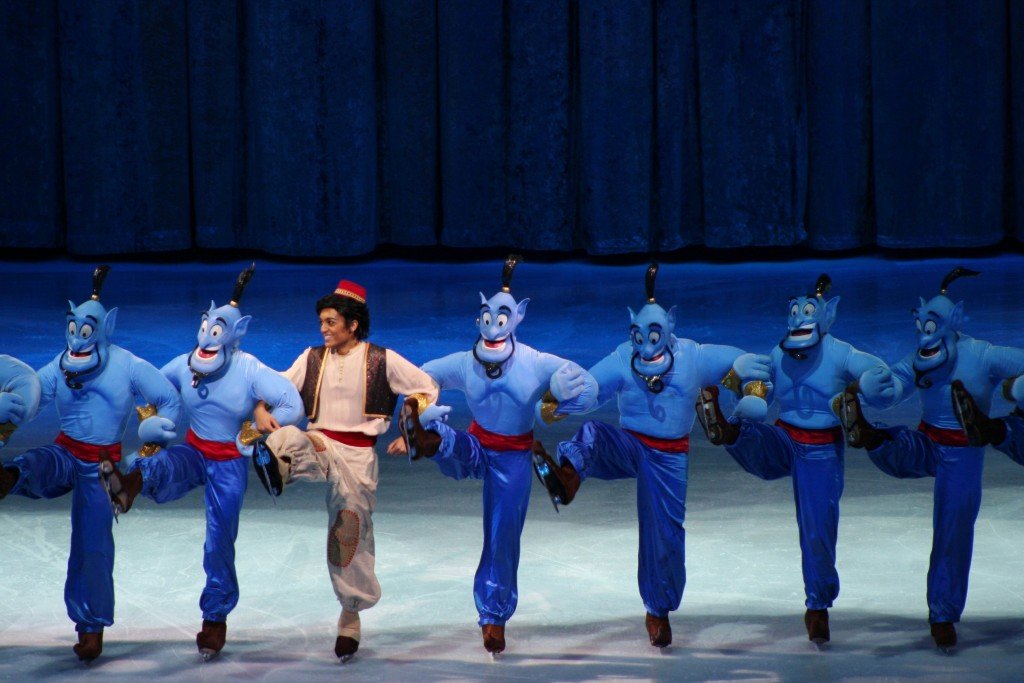 After intermission we started off with a scene from Aladdin – “Friend Like Me” with the Genie!  I loved this one – they brought out the ensemble all dressed as genies and did some really cool skating, and of course the song is great. 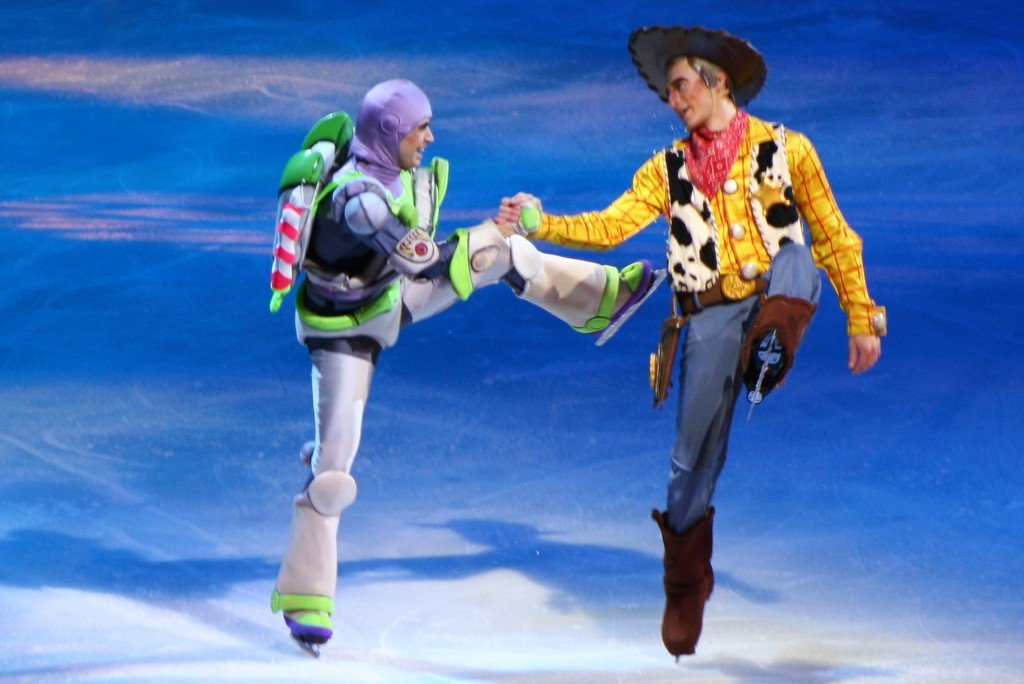 The green army men were up next to kick off a Toy Story sequence, which was cute with Woody, Buzz, and Jessie.  It was a nice little segment but didn’t really stand out too much to me. 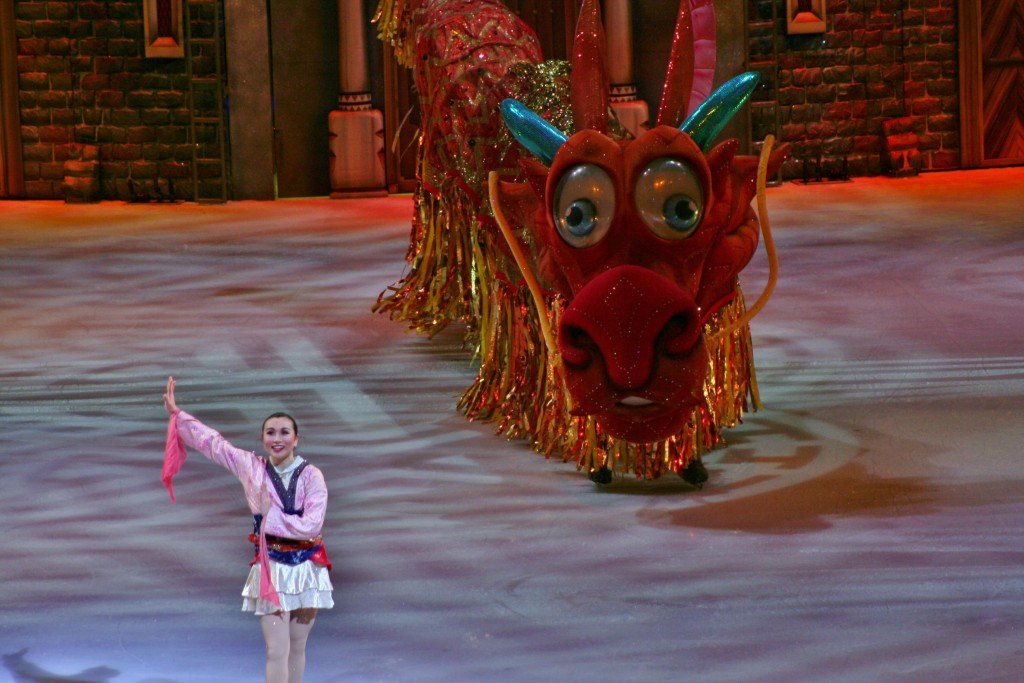 I was very happy to see Mulan getting some love in this show!  She came out and skated absolutely beautifully to “Reflection,” and then the guys came out to do “I’ll Make a Man Out of You.”  They also brought a large Chinese dragon (looking like Mushu) out onto the ice, which was pretty cool. 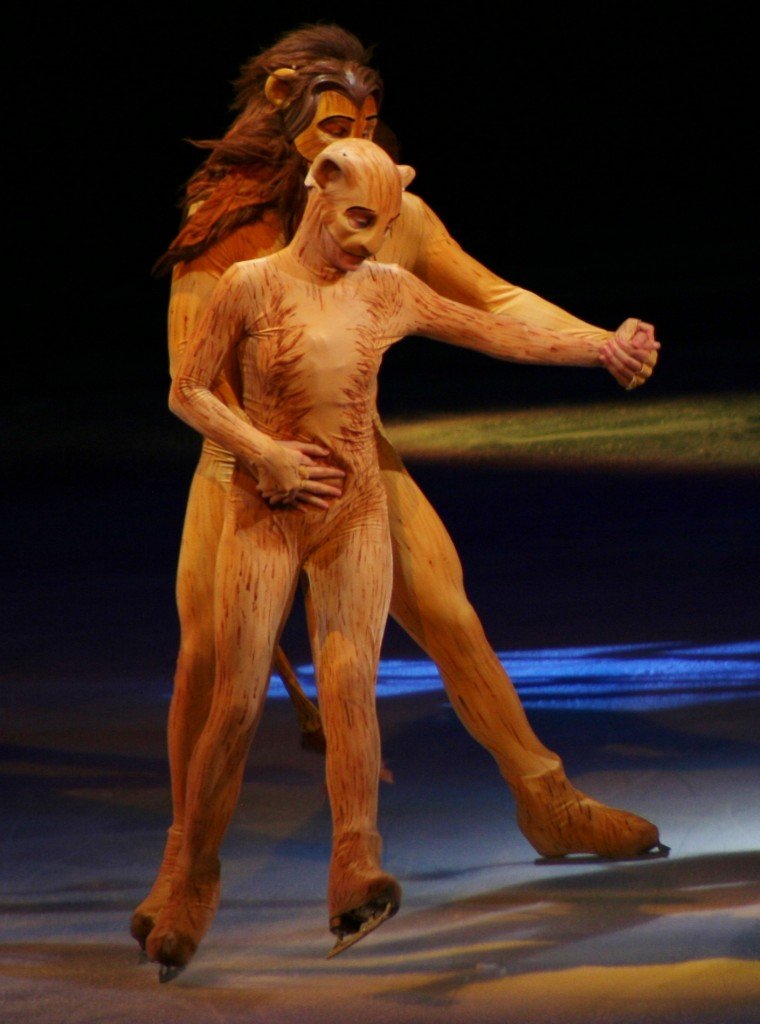 The final scene of the show was The Lion King, another favorite of mine.  It started with Timon and Pumbaa singing “Hakuna Matata,” which was fun.  It must be a challenge for the Pumbaa skater to move in that costume!  Then Simba and Nala did “Can You Feel the Love Tonight.”  They had “human” looking costumes rather than big animal costumes, which was a little weird looking to me.  Their costumes were really, really skin tight, and they looked way too skinny to be lions.

Then the whole cast came out for a final little dance and bows.  All in all Disney on Ice: 100 Years of Magic is a fun experience.  Definitely great for kids, though the prices are a little high for what it is so I’d be on the lookout for deals on sites like Living Social and Groupon.

Have you ever been to Disney on Ice?  What do you think of it?